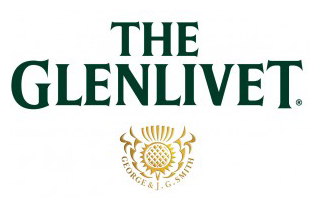 As with most Scottish whisky production, The Glenlivet's history is hard to chart. George Smith was illicitly distilling on the site prior to being the first person in Glenlivet to produce legally, a decision that the other local illicit distillers were not impressed with. This resulted in a member of the local aristocracy, the Laird of Aberlour presenting Smith with two pistols to defend himself and the distillery. He had to use these on numerous occasions.

George's son, John Smith later had to claim the distillery's name legally. Starting in 1876 and taking a number of years to resolve, he finally earned the right for the distillery to be referred to as “THE Glenlivet”.

The distillery has always been ahead of the game in global sales and distribution of single malt, leading them to remain the number one seller in the USA. With close to 200 years of history, there have been a huge number of releases made available over the years.

A rare collector's dream is the Royal Wedding bottle from 1981 to commemorate the wedding of Prince Charles and Lady Diana Spencer.

Recently they did an experimental release. The Alpha was a 3350 bottle release of pure mystery. No cask details or age statement were issued. This calculated publicity stunt was well received by fans. The secret eventually turned out to be a little underwhelming! The maturation was done, not in Bourbon or sherry casks but in first fill Scottish whisky casks. It is still highly sought after and worth grabbing as a slice of the history of Scottish whisky.