A small region, with serious significance...

It may only be a small island on the west coast of Scotland with 3,000 inhabitants, but where it may lack in physical stature, it makes up for in its whisky heritage.

Islay is known around the world as an iconic single malt region. Bowmore is known as the first distillery on Islay, established in 1779. Distilleries were first introduced in Islay to take advantage of the island's ability to produce barley in abundance; because of the softness of its water; and the copious amounts of peat needed during the malting process. This is what has given Islay their recognisable smoky, peaty style of whisky.

Islay's distilleries can be distinguished by the level of peat used. The 'Big Three' are Ardbeg, Lagavulin and Laphroaig who all produce very powerful and super smoky whiskies. Kilchoman would also fall into this category now. Holding prominence in the middle ground are Bowmore and Caol Ila with less harsh releases, and the whiskies produced at Bruichladdich and Bunnahabhain are in peat terms, the lightest and smoothest.

Port Ellen is a renowned Islay distillery which closed in 1983. Despite being relatively unsung when in operation, since closing it's reputation has exploded, with their whiskies considered as some of the most valuable in the world. Port Ellen's buildings are still in use as a malthouse.

A spectacular whisky, this 1965 vintage Bowmore was produced just after the distillery had its steam heated stills installed. Since then it has been maturing at the distillery in a single Oloroso sherry cask for over 52 years!

This is the third release in Bowmore's fifty-year Vault series 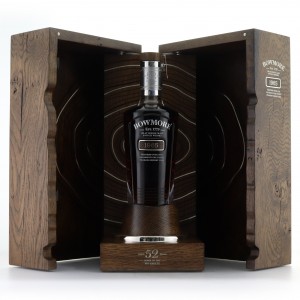 Port Ellen is the lost jewel in the Islay crown. Closure in 1983 has enabled this distillery to receive a near mythical amount of love and respect. As stocks get thinner on the ground, these bottles become rarer and rarer.

This lot consists of: 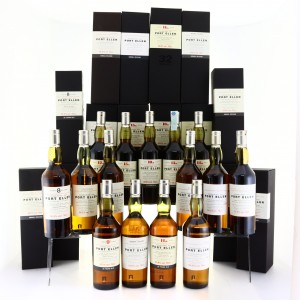 This cask of Bruichladdich was filled on 18th July 2008 into a Riversaltes Hogshead and is currently maturing at the Bruichladdich distillery warehouses on Islay. Cask #1758 was re-gauged in December 2019 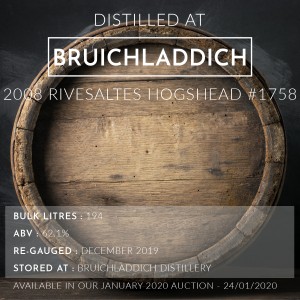 Other Links and Info

Find out more about buying and selling

Check out our Current Auction and Previous Auctions