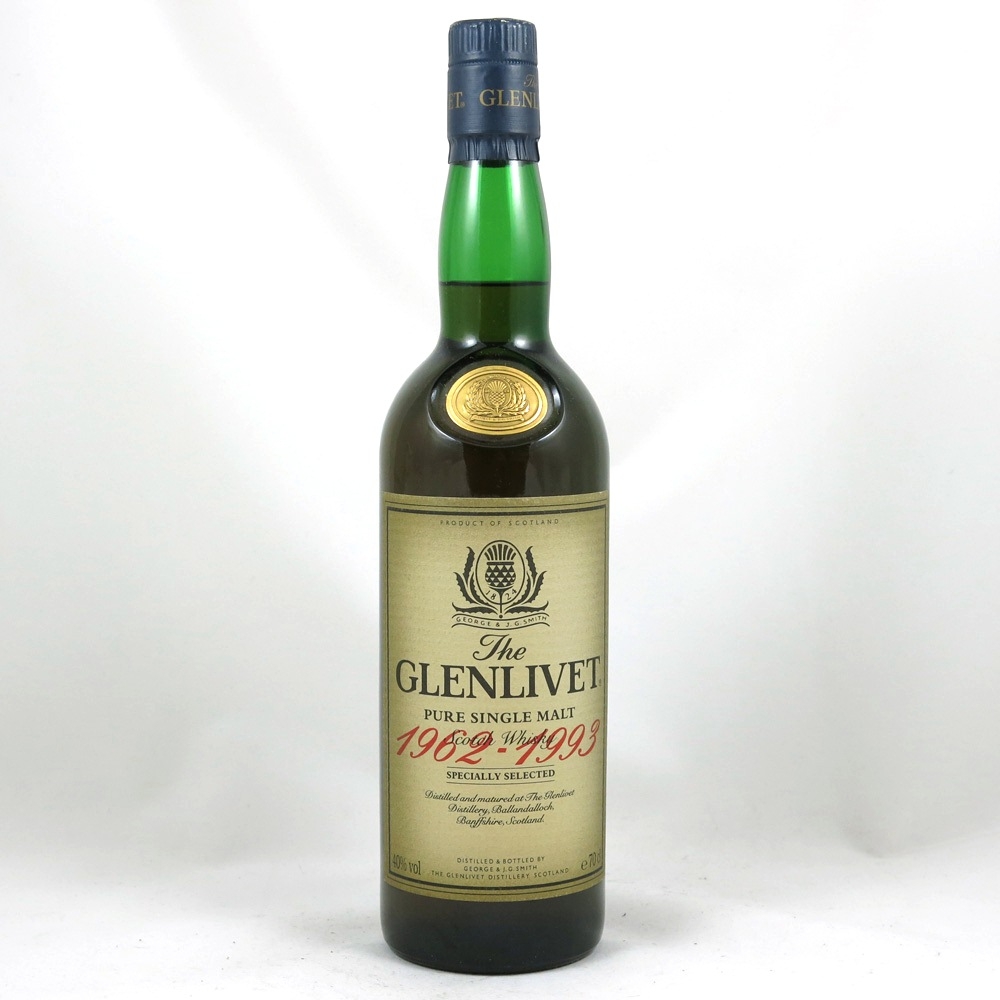 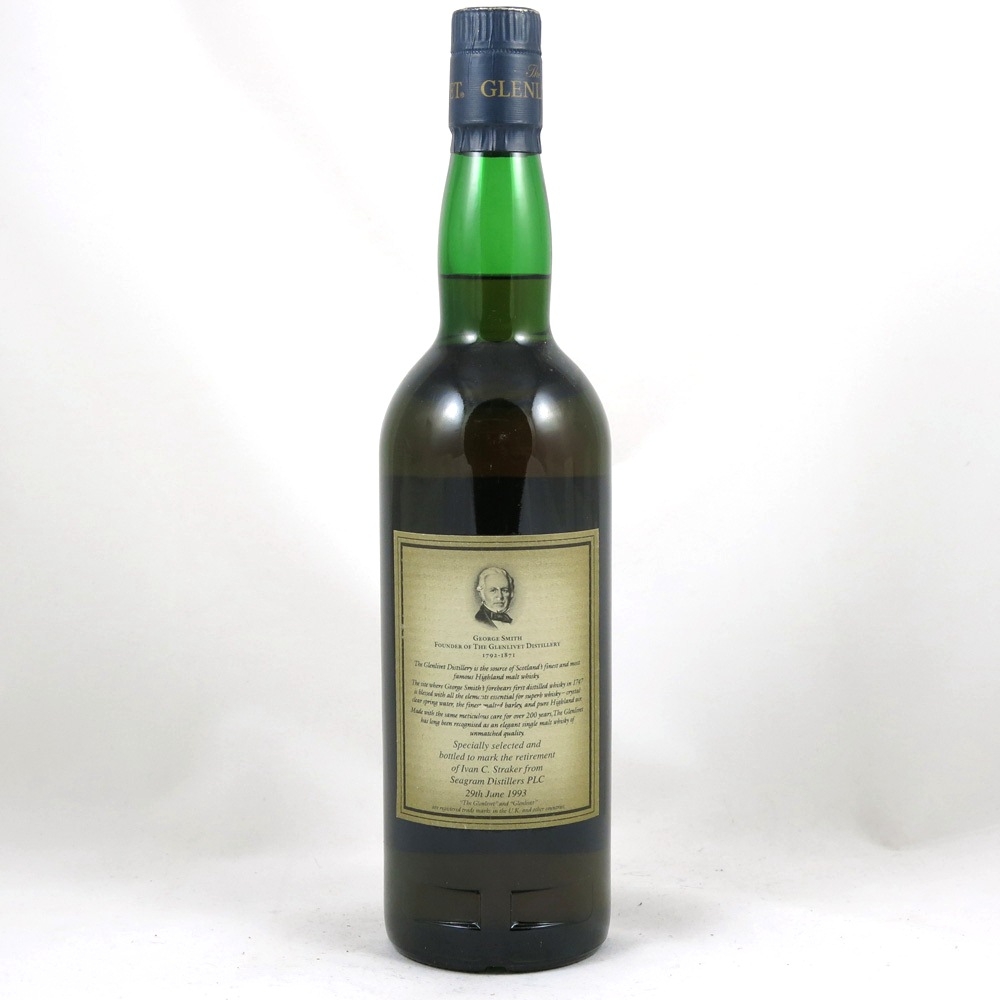 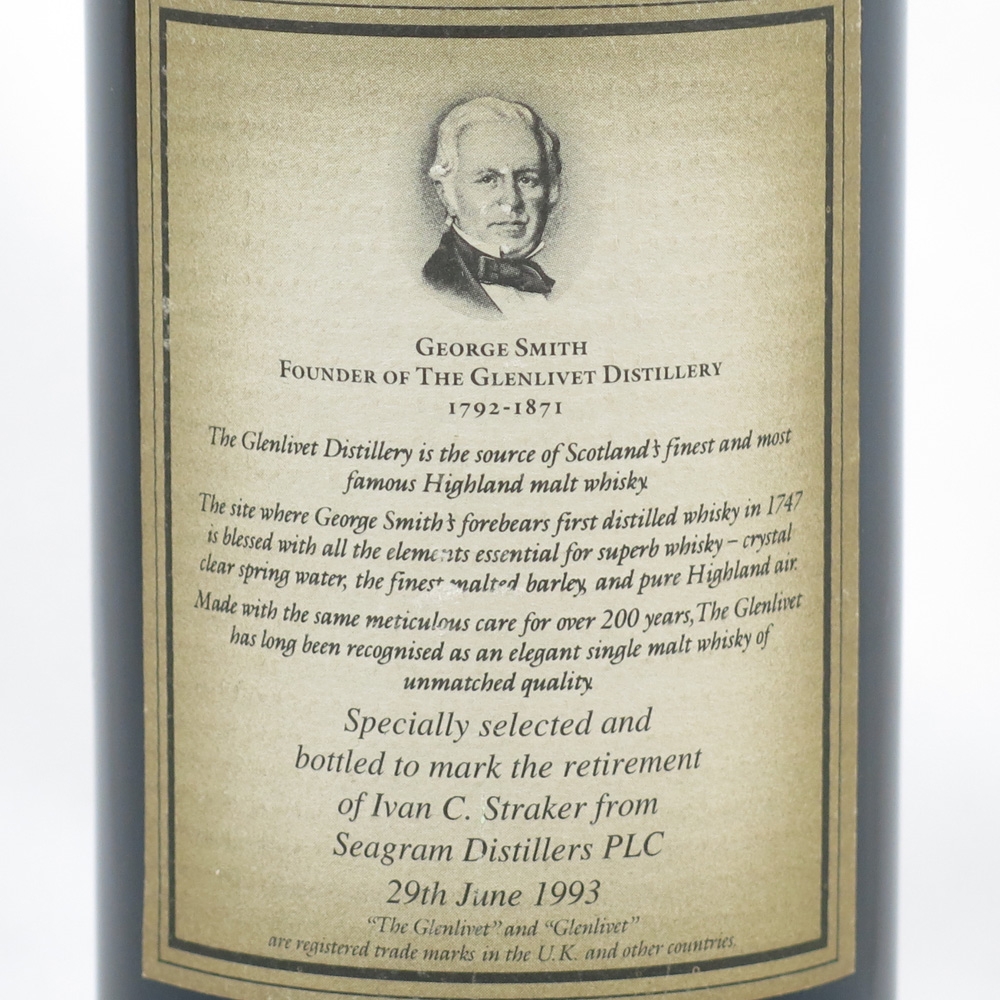 We think this could be one of the rarest Glenlivets.

This special bottling of 36 bottles of 18 year old Glenlivet was given to Major Ivan Straker on his retirement as the Chairman of Seagrams in 1993. Major Ivan Straker is perhaps better known as the man who "saved the Grand National'.

He worked for the company between 1962 and 1993 and on his retirement was awarded 36 of these bottles.  After much research and discussion we are fairly sure that the majority was consumed in his own home with only one bottle appearing at auction since 1993.

This bottle was gifted to a friend who has kept it hidden away until this point...this could well and truly be one of two bottles remaining of this Glenlivet. 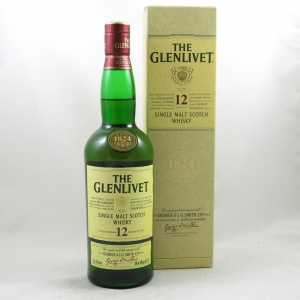 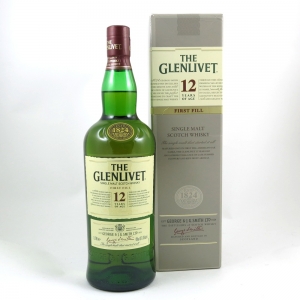 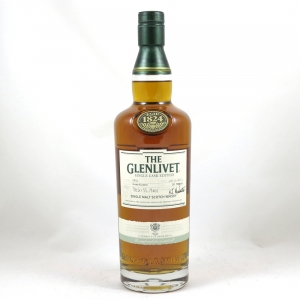