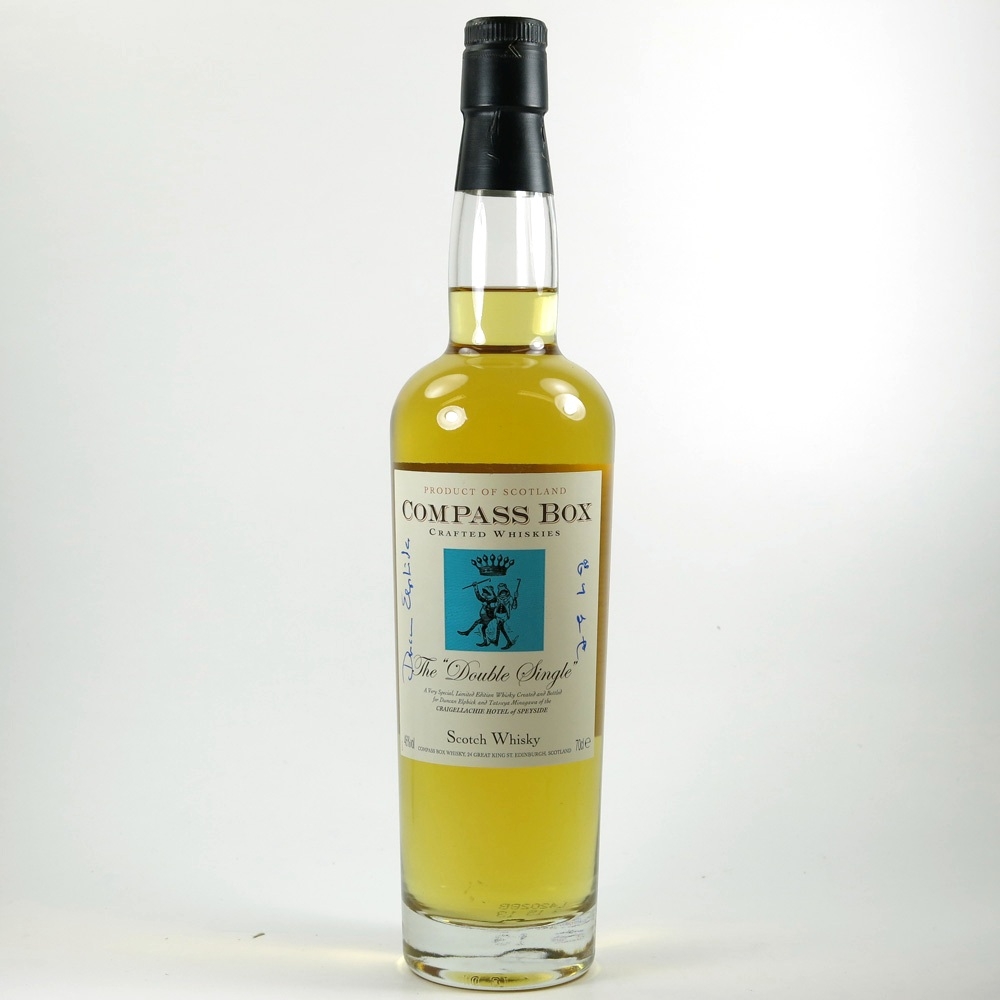 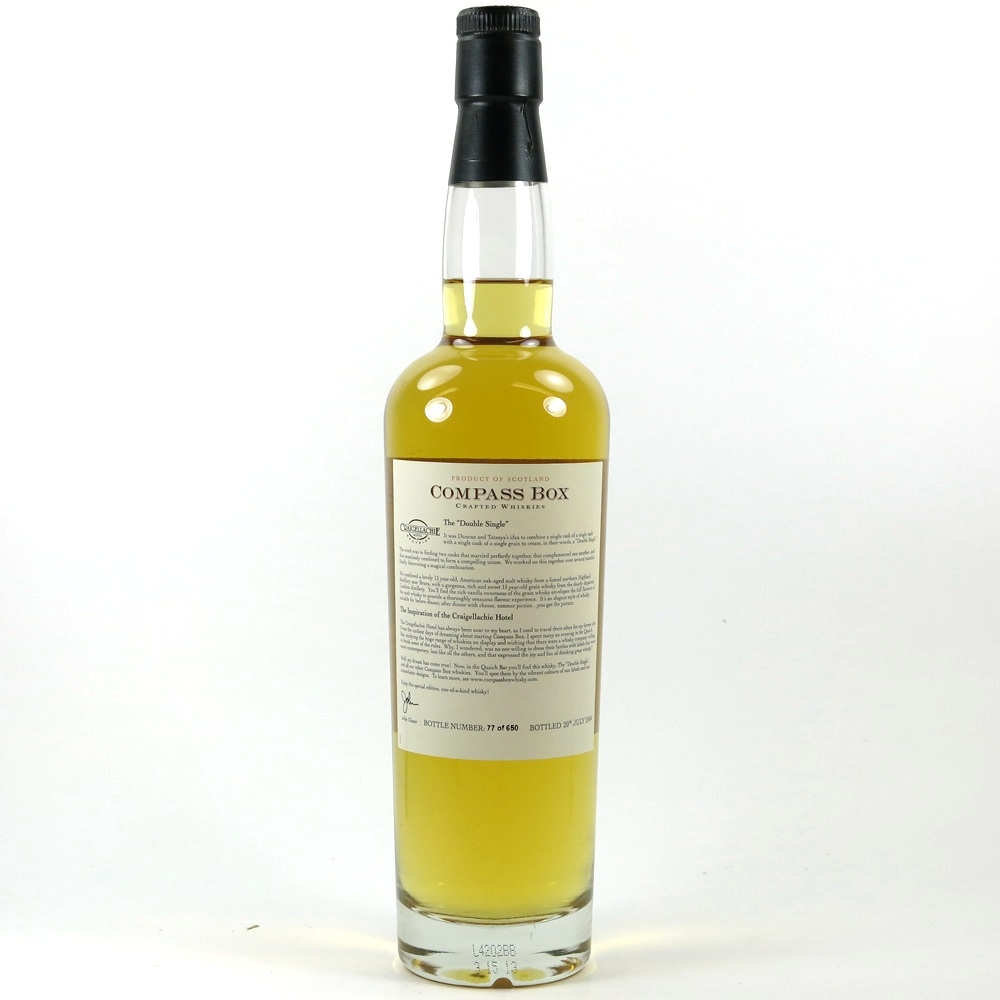 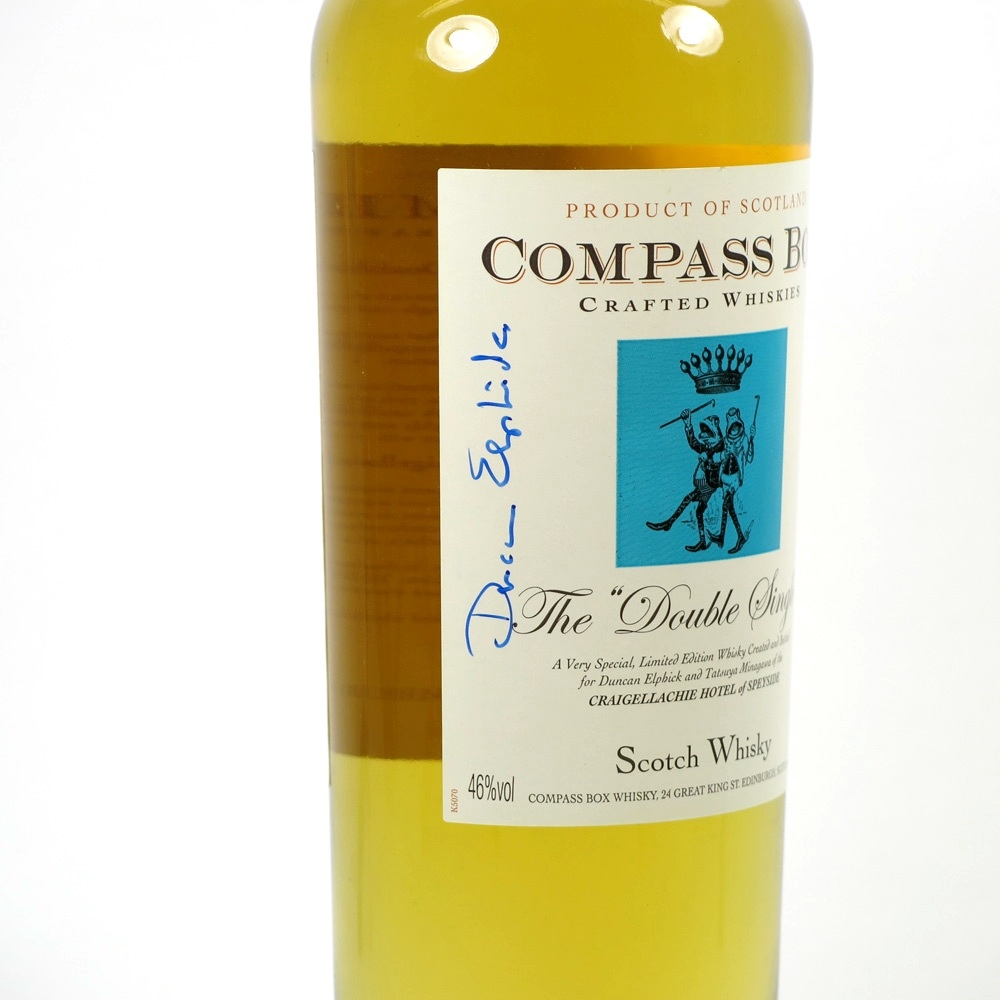 Released by Compass Box to celebrate the 10th Anniversary of Compass Box.  This is a slightly different version of the standard Double Single.

Tatsuya Minagawa and Duncan Elphick Compass Box realised the benefits of combining single grain and single malt whiskies together, this limited edition bottling of Compass Box's Double Single is a testament to that discussion.  Duncan and Tatsuya worked for several months to find two casks that blended so well together, this limited release combines a 12 year old single malt from Clynelish with a 15 year old grain whisky from Cambus.

Bottled exclusively for The Craigellachie Hotel, Speyside this bottle is number 77 of 650 and signed by both contributors Duncan Elphick and Tatsuya Minagawa.