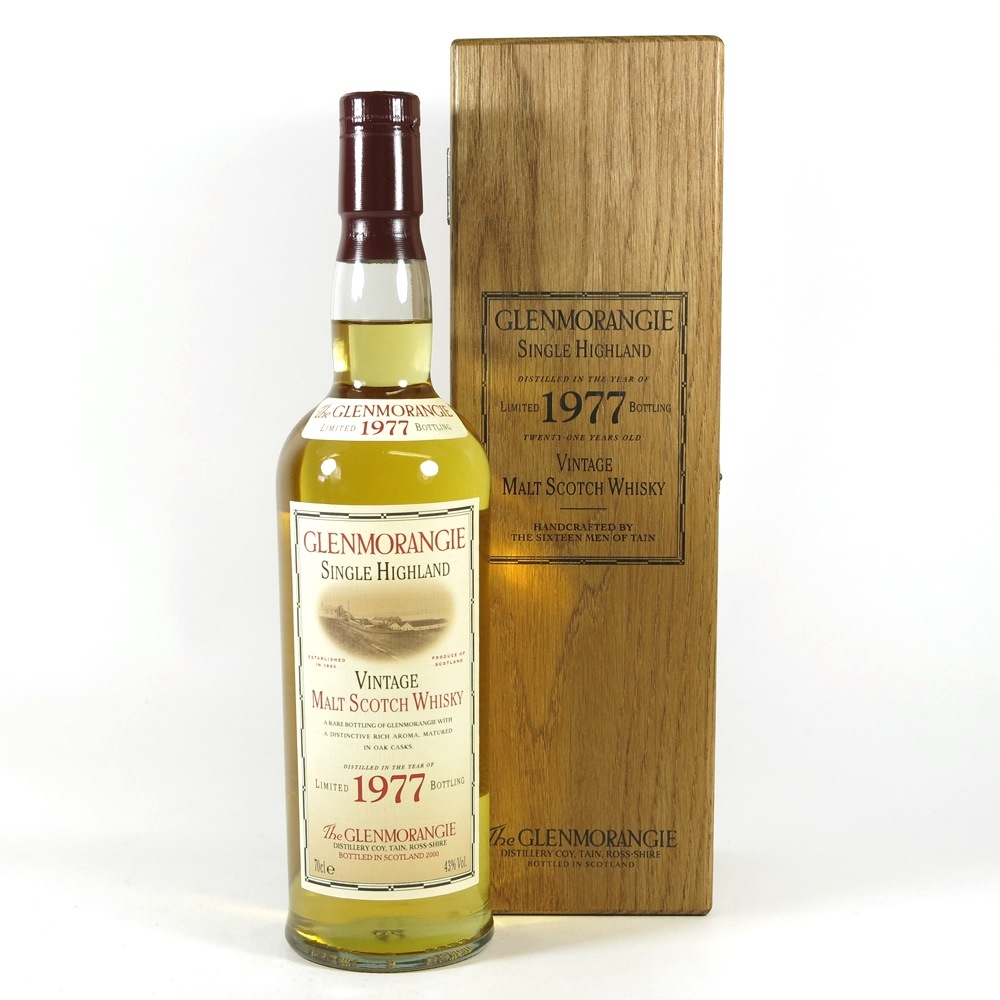 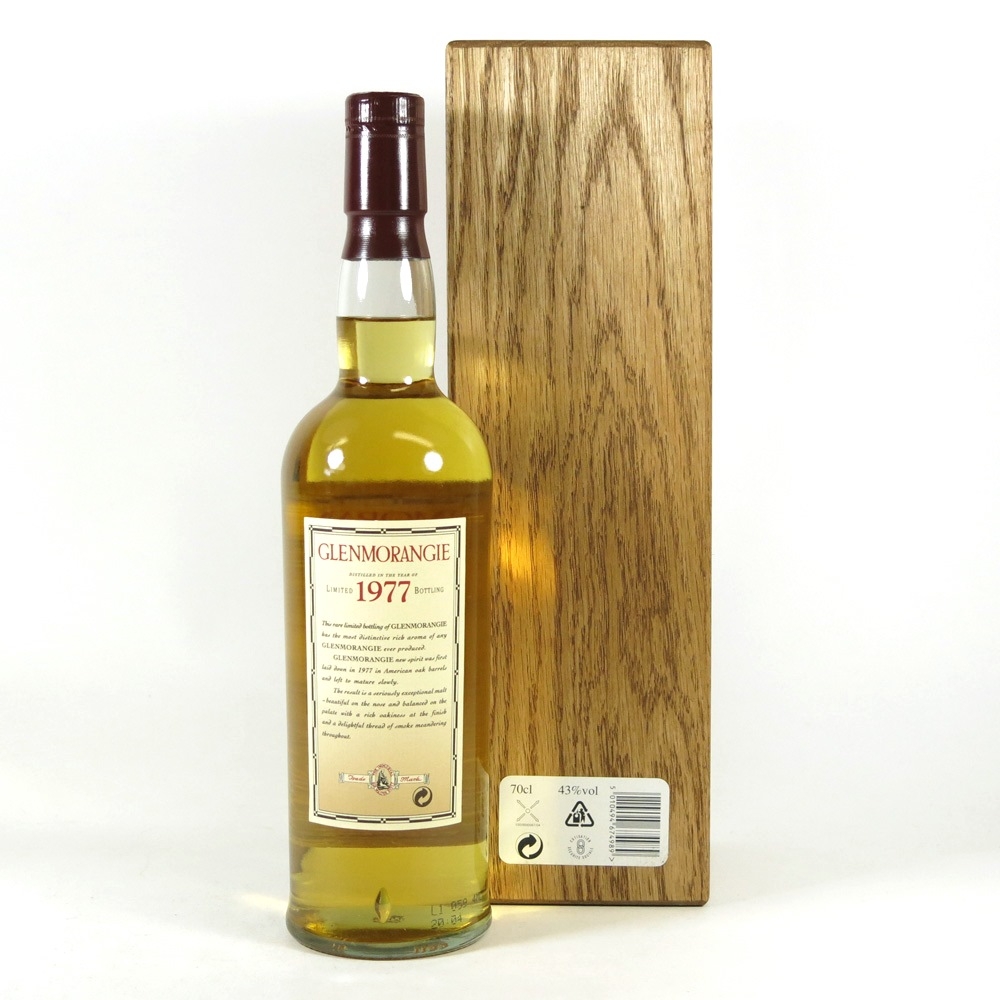 A rare vintage Glenmorangie, distilled in 1977 and bottled in 2000.

This is from the dates this should be a 23 year old, although the box clearly states its a 21 year old. The official explination as is follows  vatted from casks (distillation between April and June 1977) in 1998. Between this time and the final bottling in 2003, there were several bottlings. A proportion of the whisky in the 2000 bottling had been stored in vat, as vats are not made of oak, the time in vat cannot be added onto the maturation age of the whisky i.e. a proportion of the whisky can still only be called 21 years. Hence the whisky must still be called 21 years old..