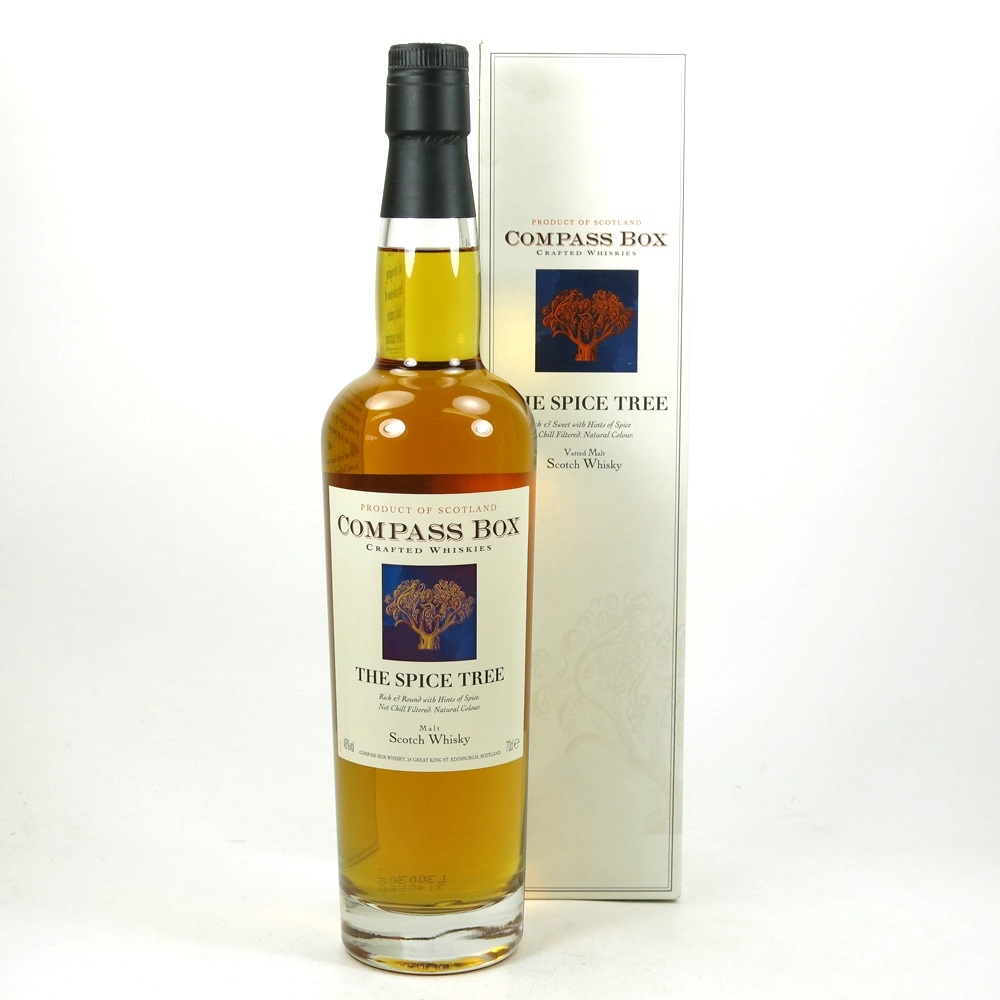 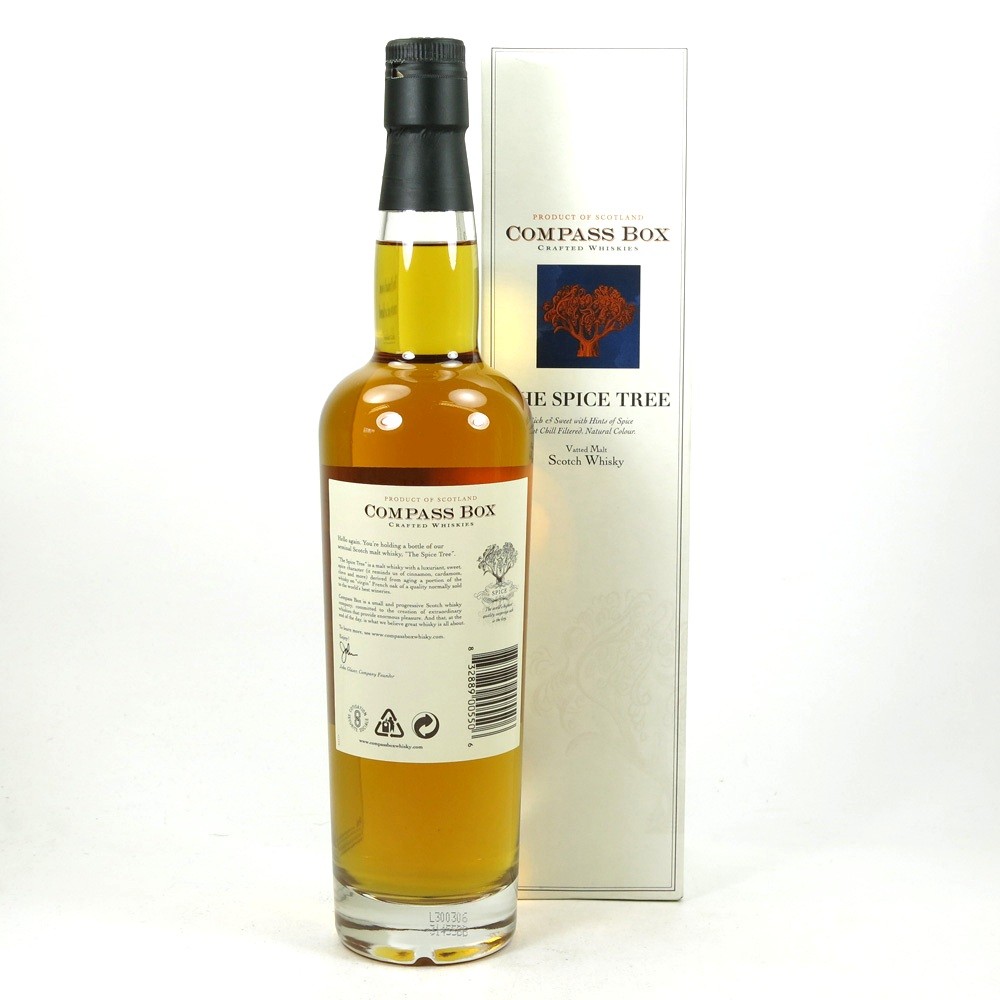 The original Spice Tree used 'fresh new oak staves' placed within the casks to add additional character, this process was restricted by the Scotch Whisky Association as a breach of the traditional methods used to create whisky.  Following this restriction The Spice Tree was removed from sale and Compass Box has since changed their production method.

This rare Compass Box was popular not only because of the controversy but also the quality of whisky - we wouldn't expect anything less from Compass Box!