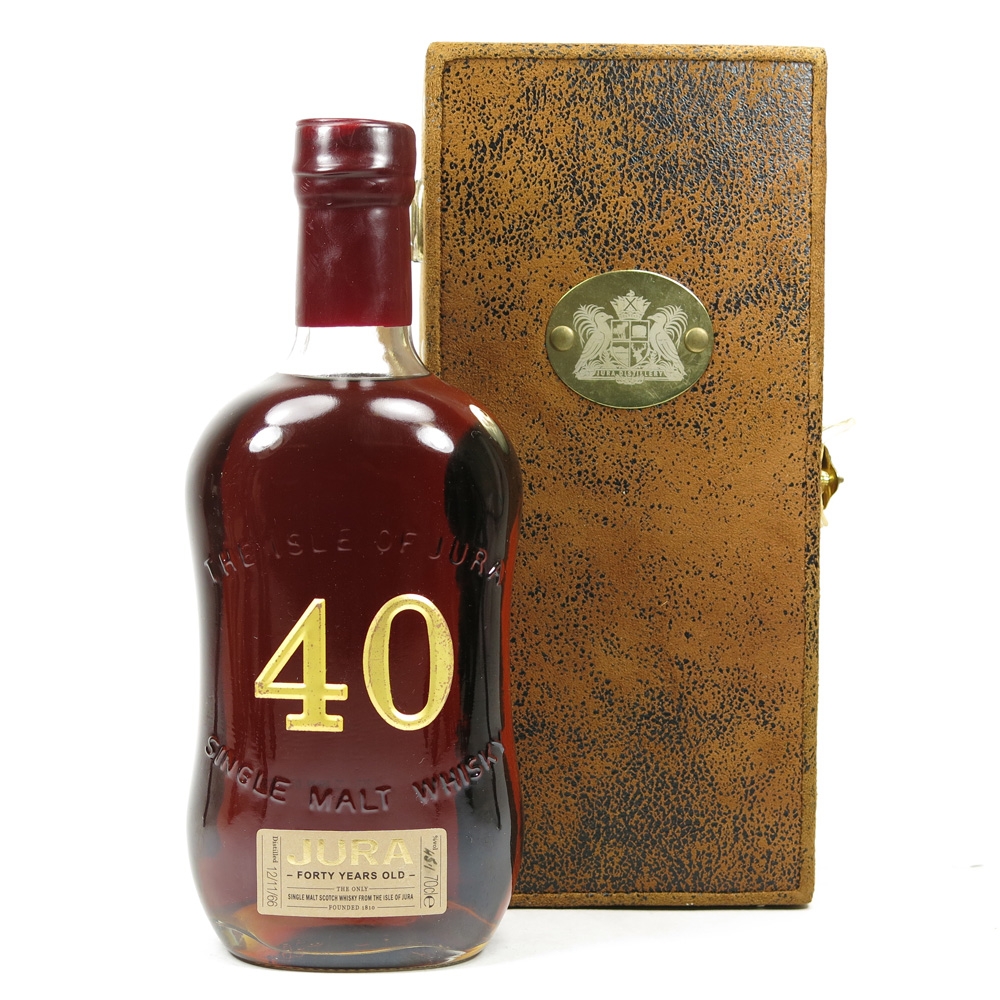 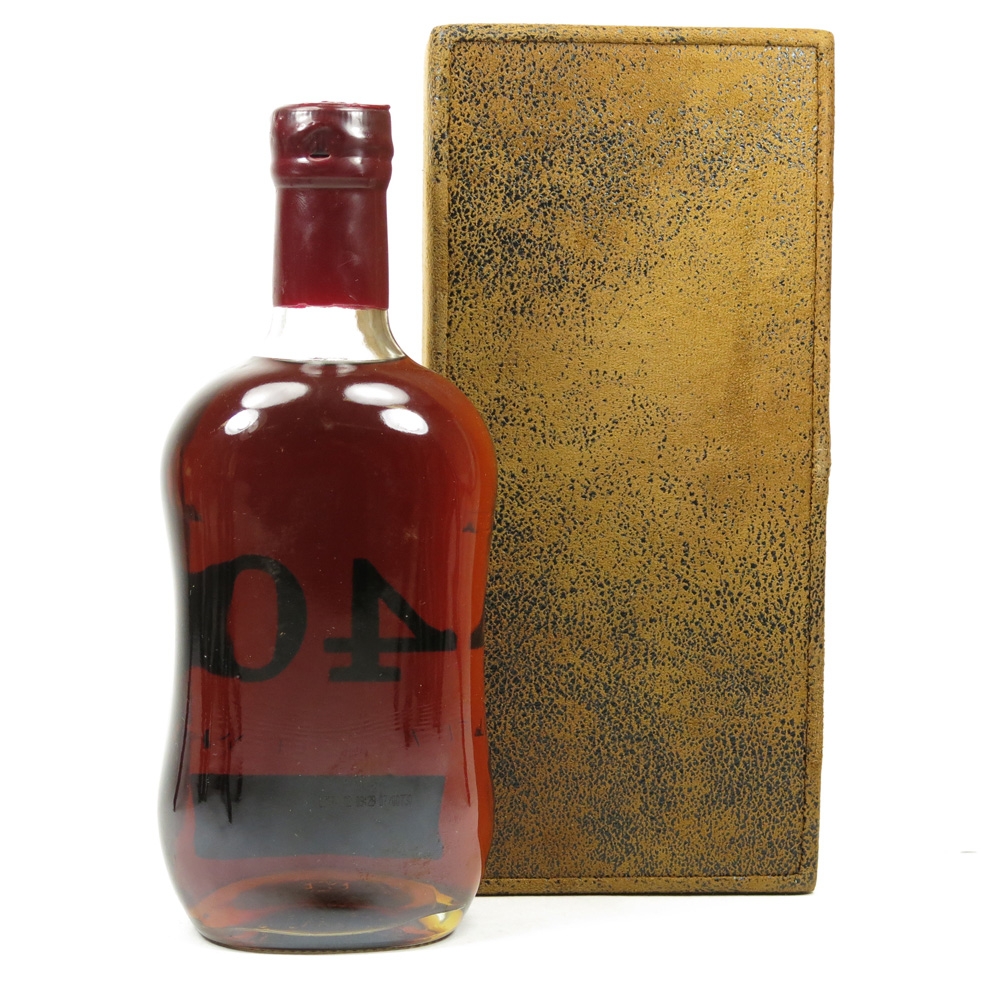 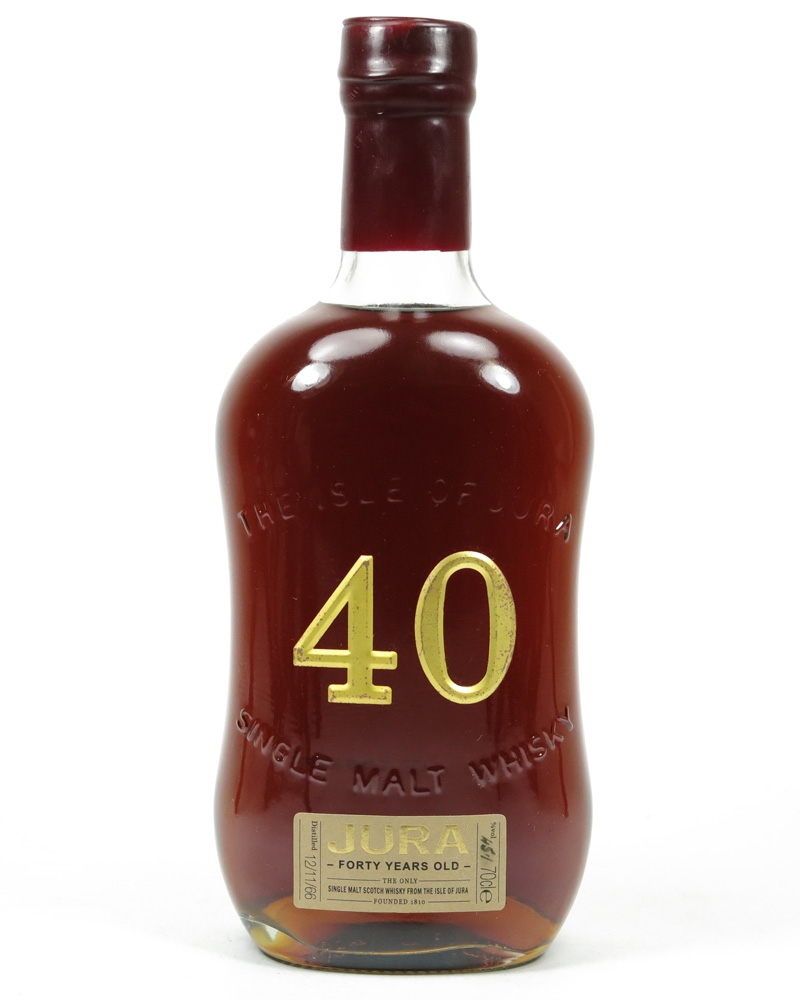 Distilled on the 12th of November 1966 and bottled 40 years later, making this oldest Jura ever bottled.

Presented in a delightful leather box, this is the top of Jura's output.

"The Isle of Jura 40 Year Old is the rarest amongst one of the four whiskeys Whyte and Mackay Ltd. are proud to include in Their Rare and Prestige Collection This is a single malt whiskey distilled and filled to cask on. the 12th of November 1966. This rare cask has yielded only 98 bottles for global release. The beautiful Isle of Jura lies off the West coast of Scotland and can rightfully claim to be the least populated community in the world to have its own distillery. Pure spring water, clean fresh air and generations of distilling tradition have quietly crafted a sublime and delicate malt."