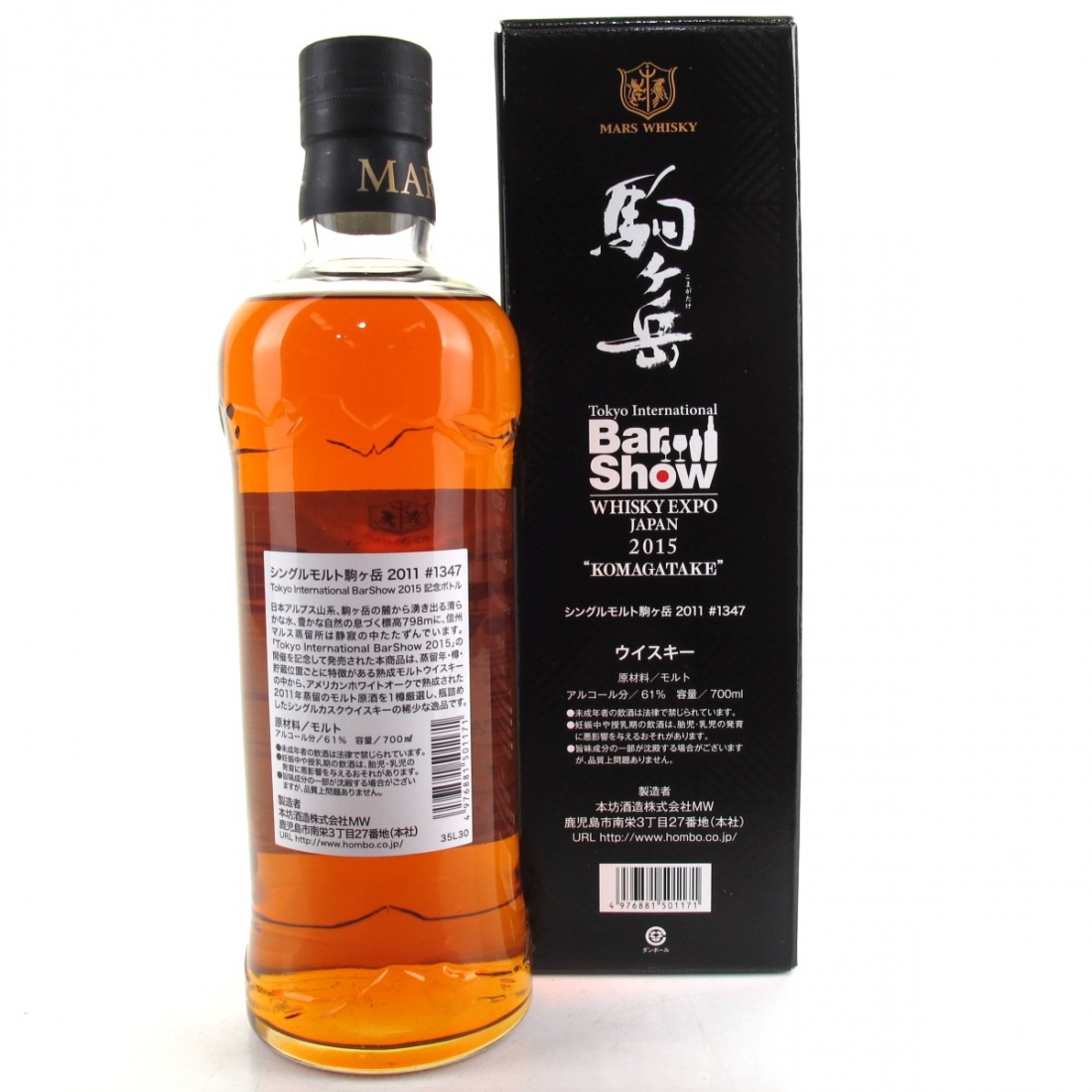 Winning Bid: £250
(Reserve has been met) This lot currently has: 9 bids

The Shinsu Mars distillery stopped production in 1992, and began reproducing in 2011.

This release, distilled after 2011 was bottled exclusively for the Tokyo Bar Show 2015.

Matured in an American white oak cask #1347 and limited to 580 bottles.