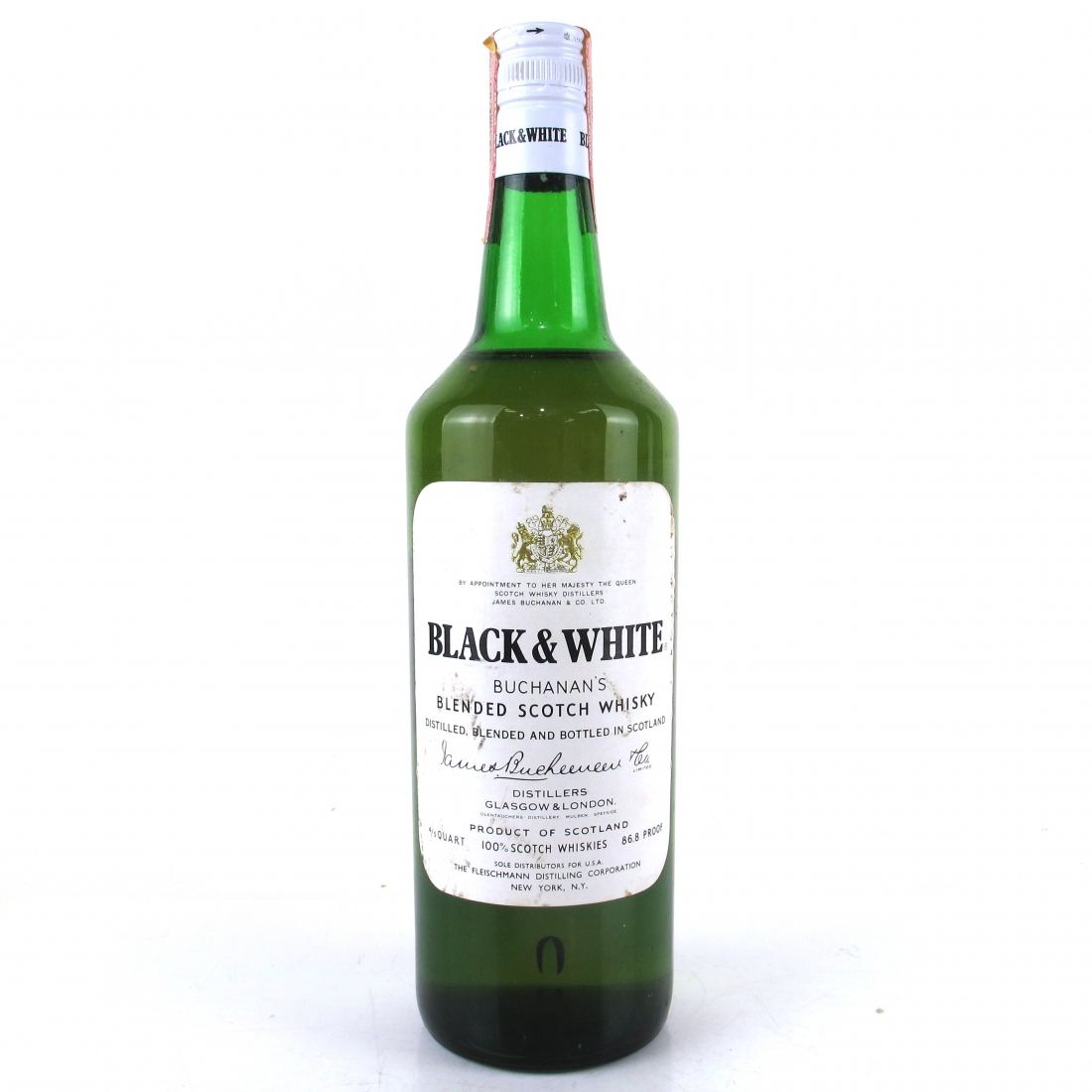 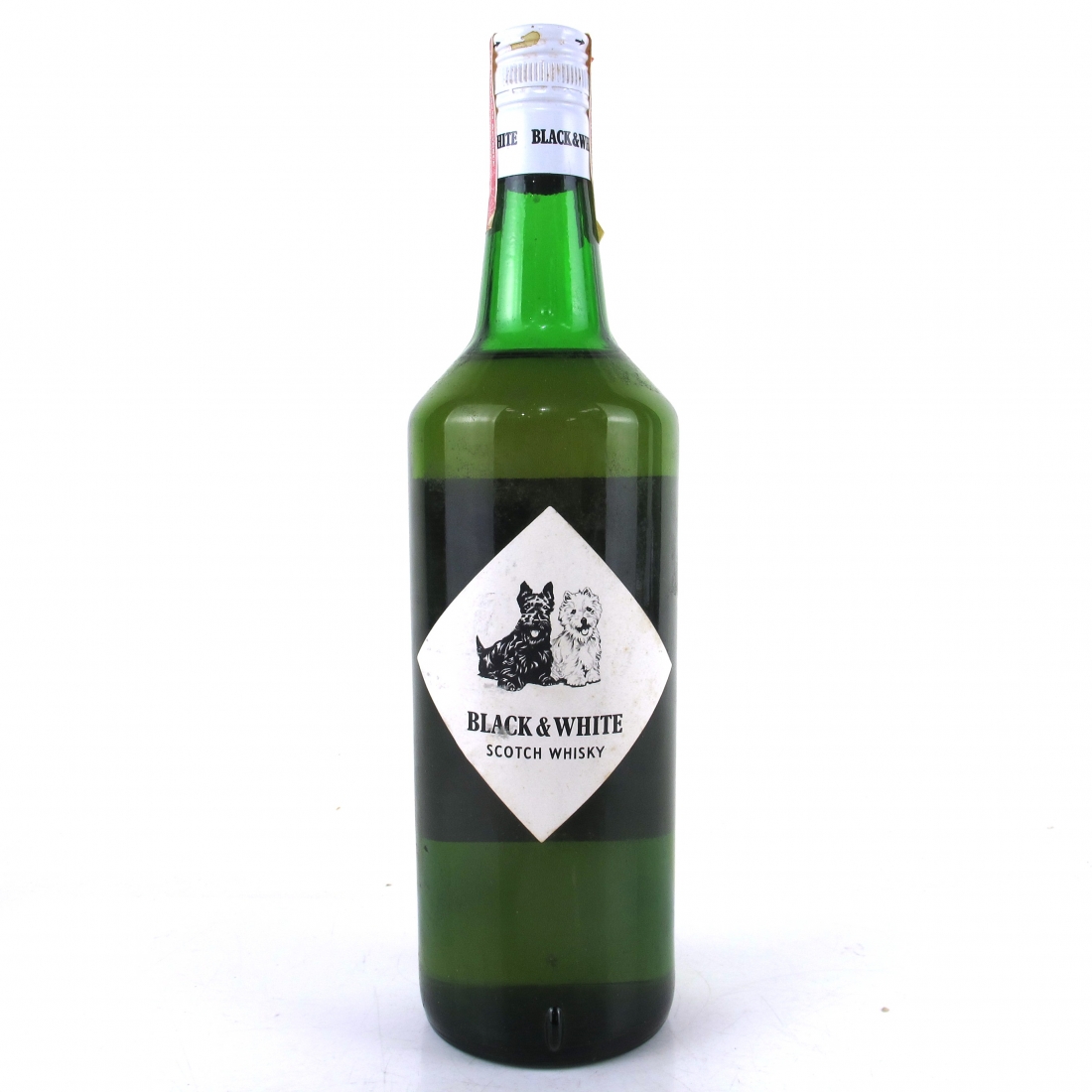 A fantastic old bottling of Black & White, by appointment to HM The Queen.

Black and White was originally produced by James Buchanan & Co Ltd (makers of Buchanan's Whisky). The brand was named House of Commons (which is the United Kingdom's elected house of representatives) but developed the nick name Black and White because of its use of colour. Just before the turn of the 20th century the brand change it's name over and the black and white dog motif was created.

Imported to the US Market in the 1960's by The Fleischmann Distilling Corporation, NY.