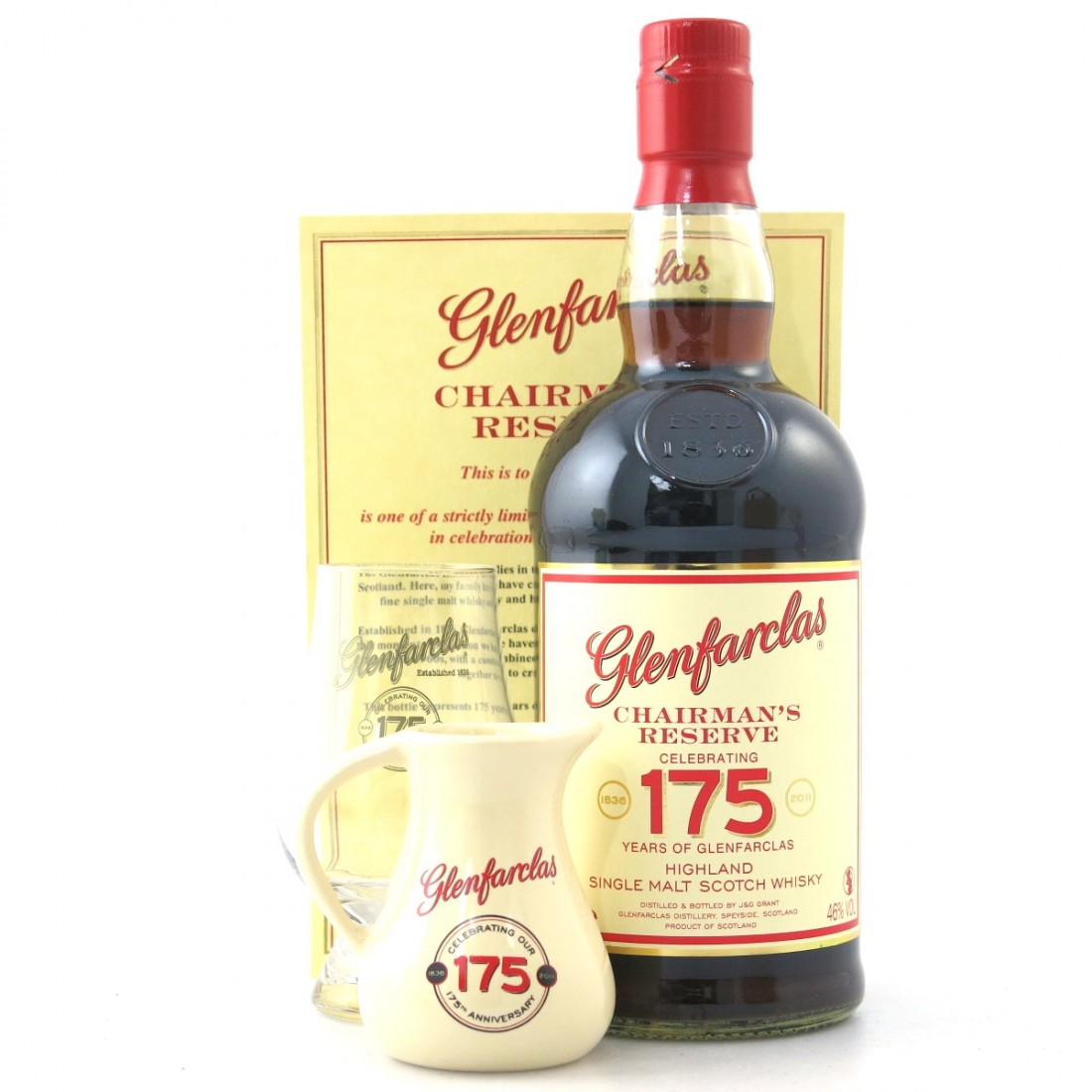 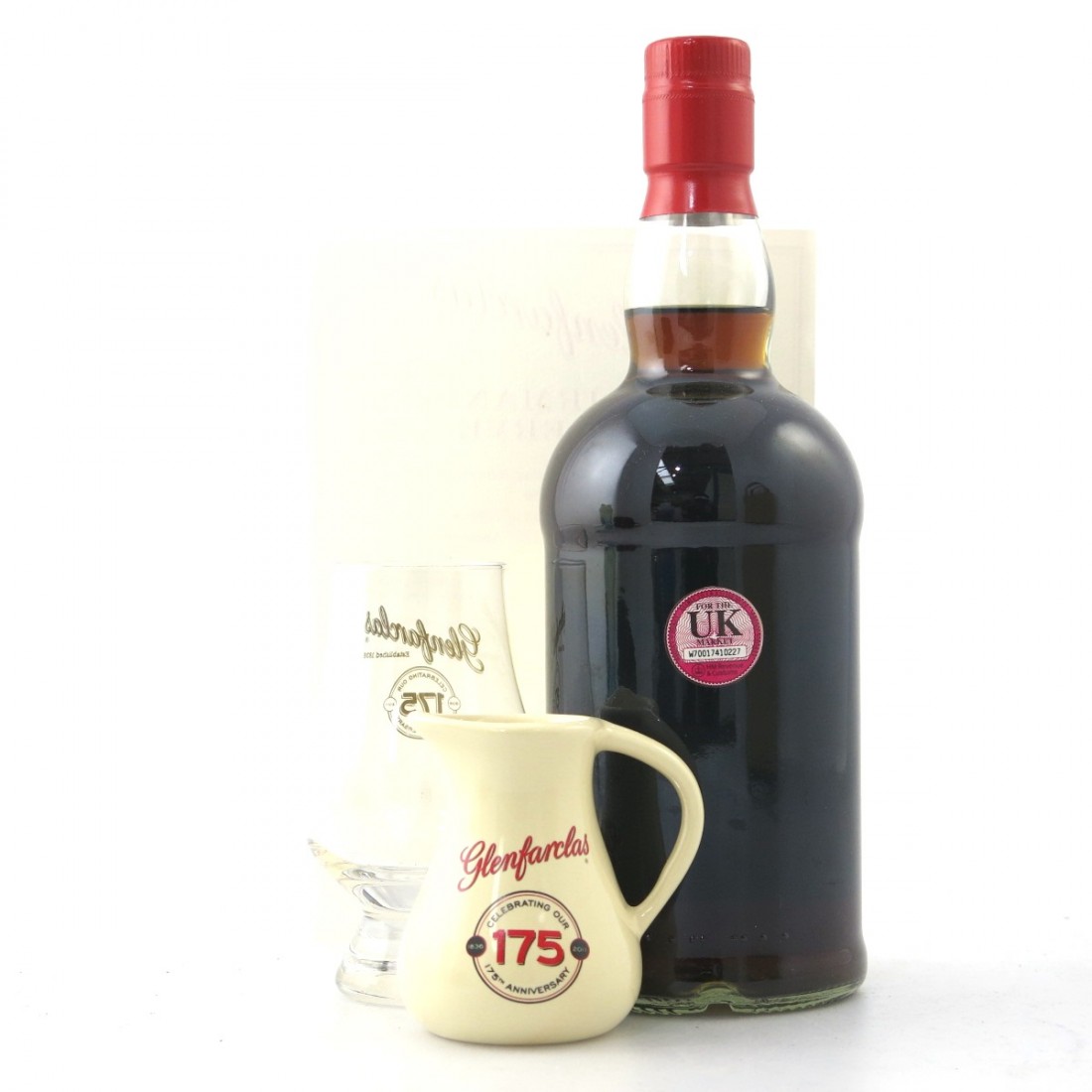 A special release Glenfarclas, bottled in 2011 to celebrate the 175th anniversary of the distillery's licensing in 1836 (they are believed to have been illicit for a number of years before this). This Chairman's Reserve is a marriage of 4 specially selected sherry casks from the 1960's, with a combined age of 175 years old. The vintages in question are 1965, 1965, 1966 and 1969. 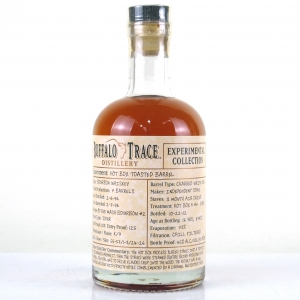 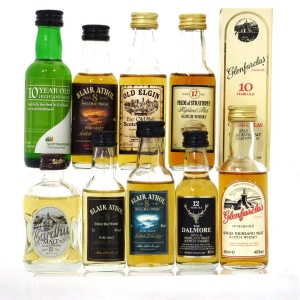 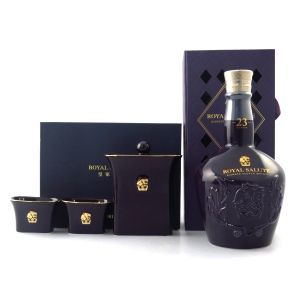 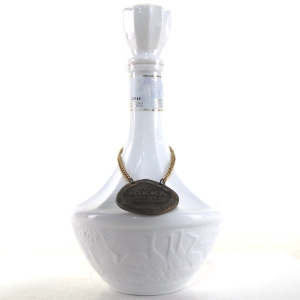