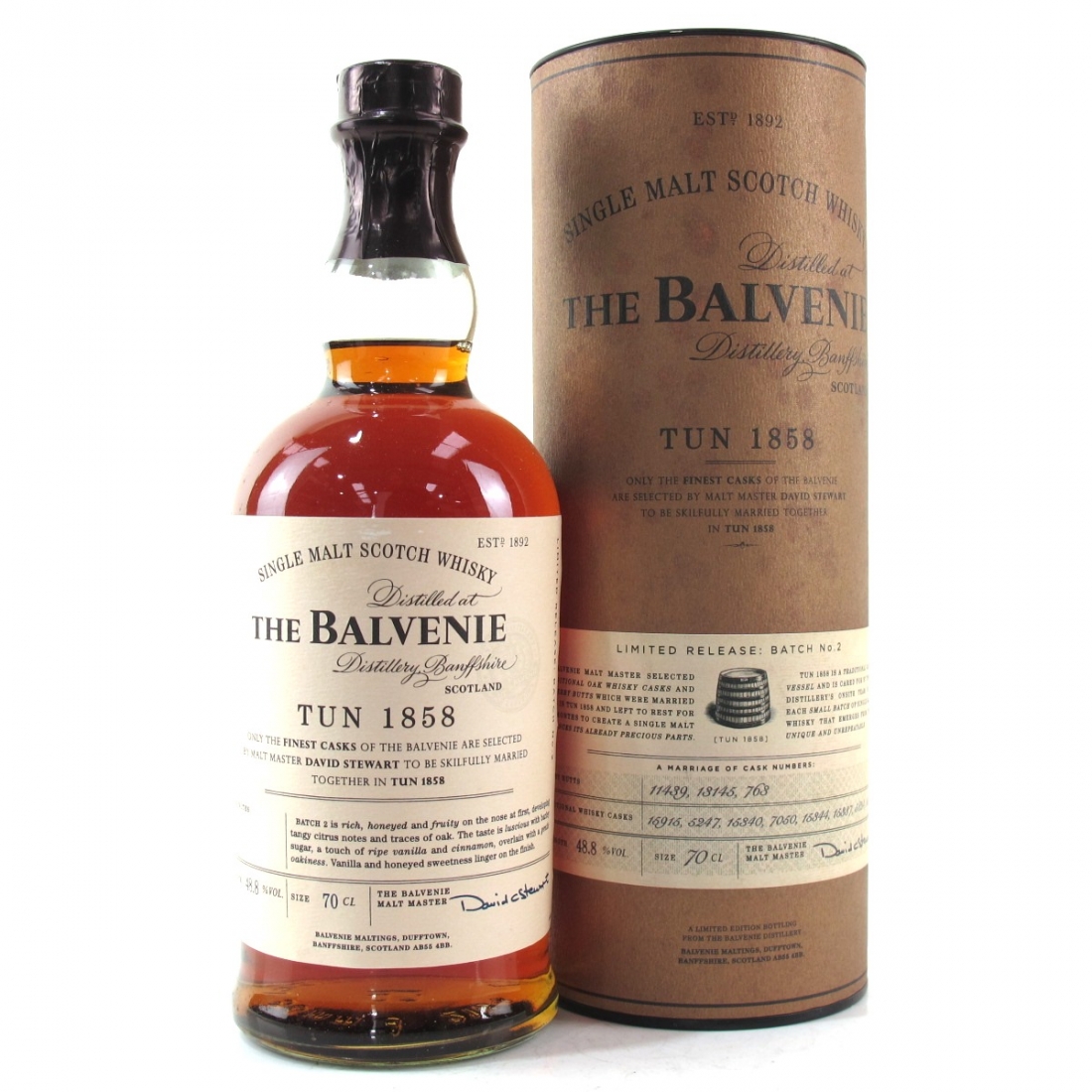 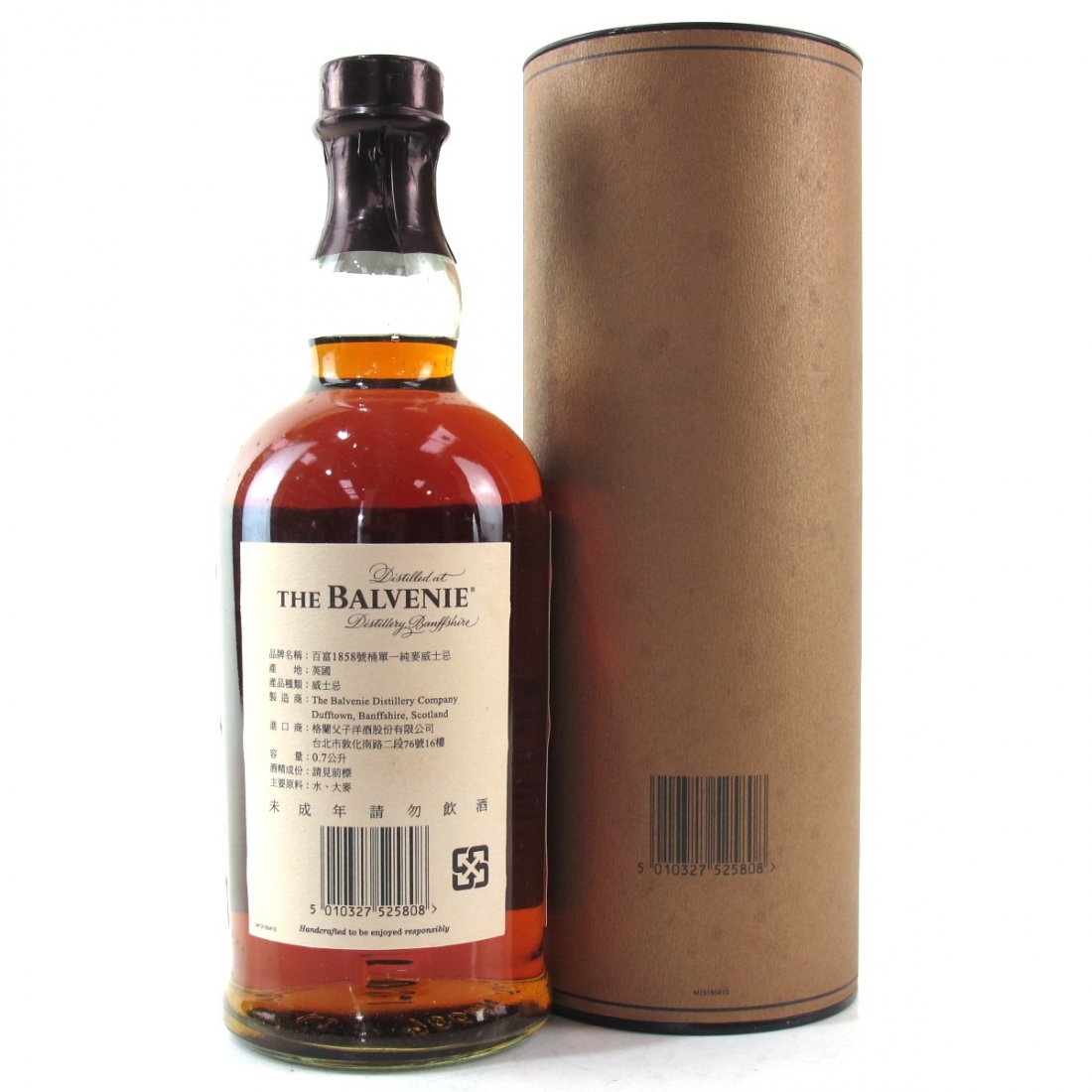 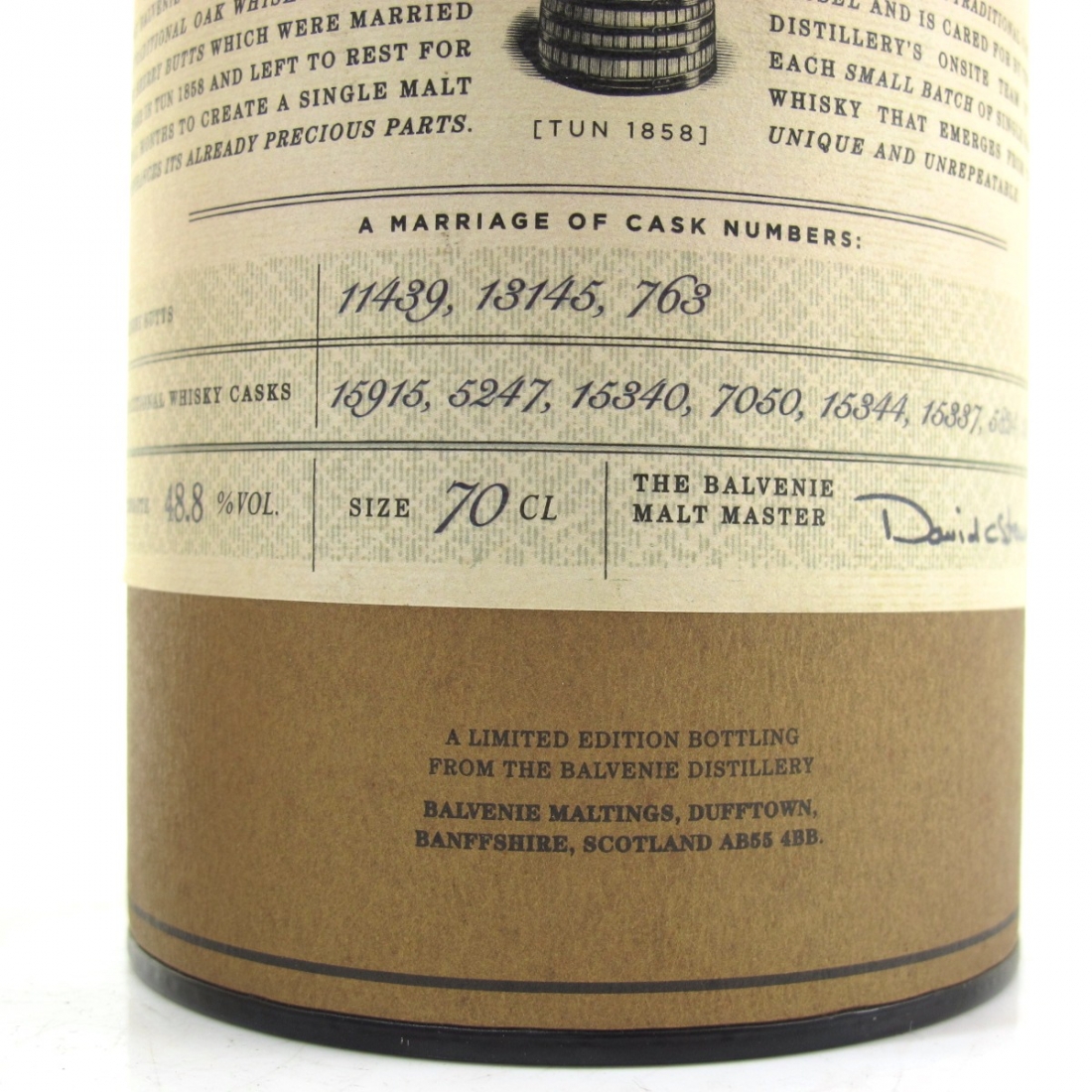 A marriage of 9 American Oak casks and 3 European Oak Sherry casks created the second limited edition Balvenie Tun 1858, for the Taiwanese market. A limited release of only 2,600 bottles this has rarely been seen at auction.

As with the Balvenie Tun 1401, these whiskies are hand-selected by Malt Master David Stewart. Nine traditional whisky casks and three sherry butts are combined and rested for several months in Tun 1858.  The vintages range from 1966 and 1975.