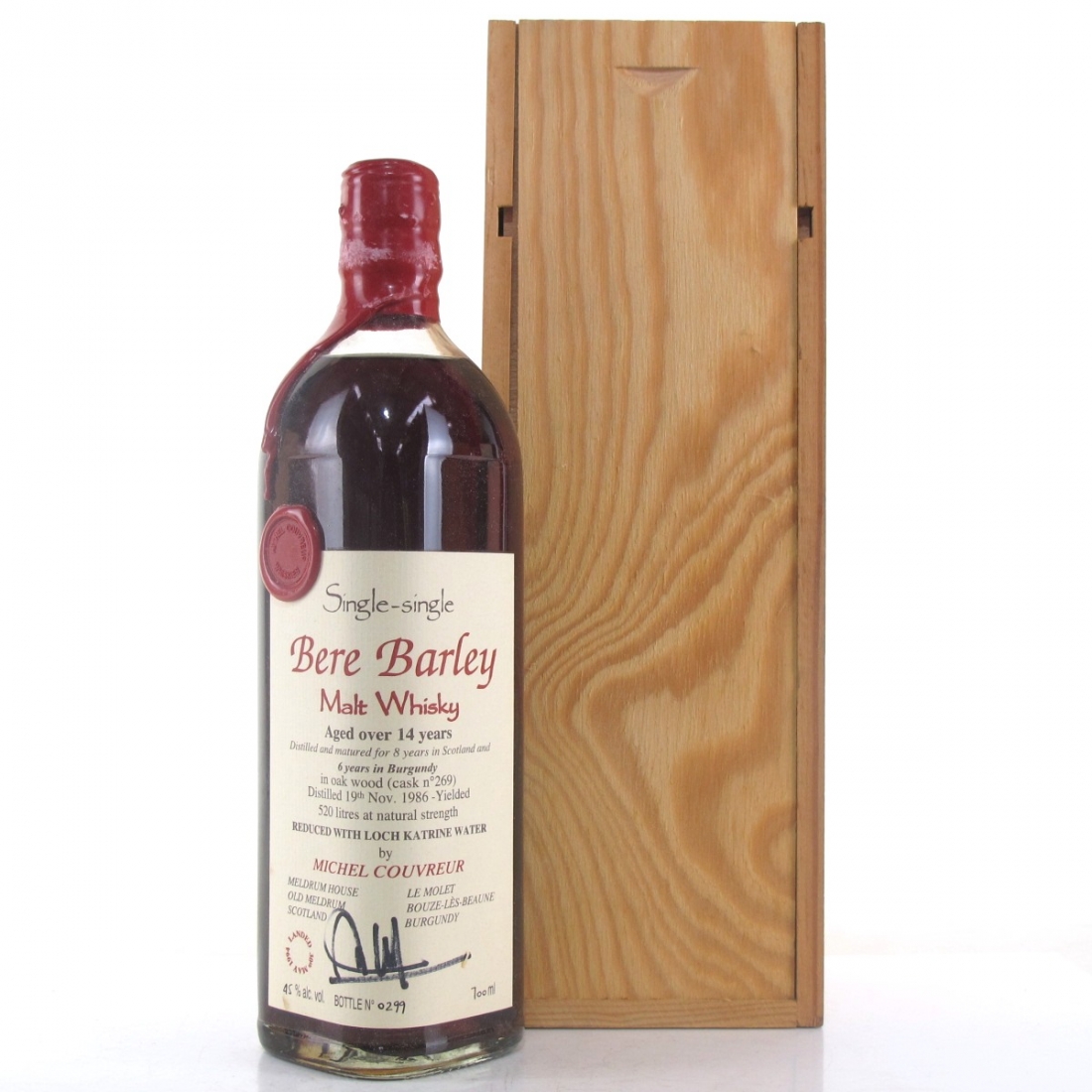 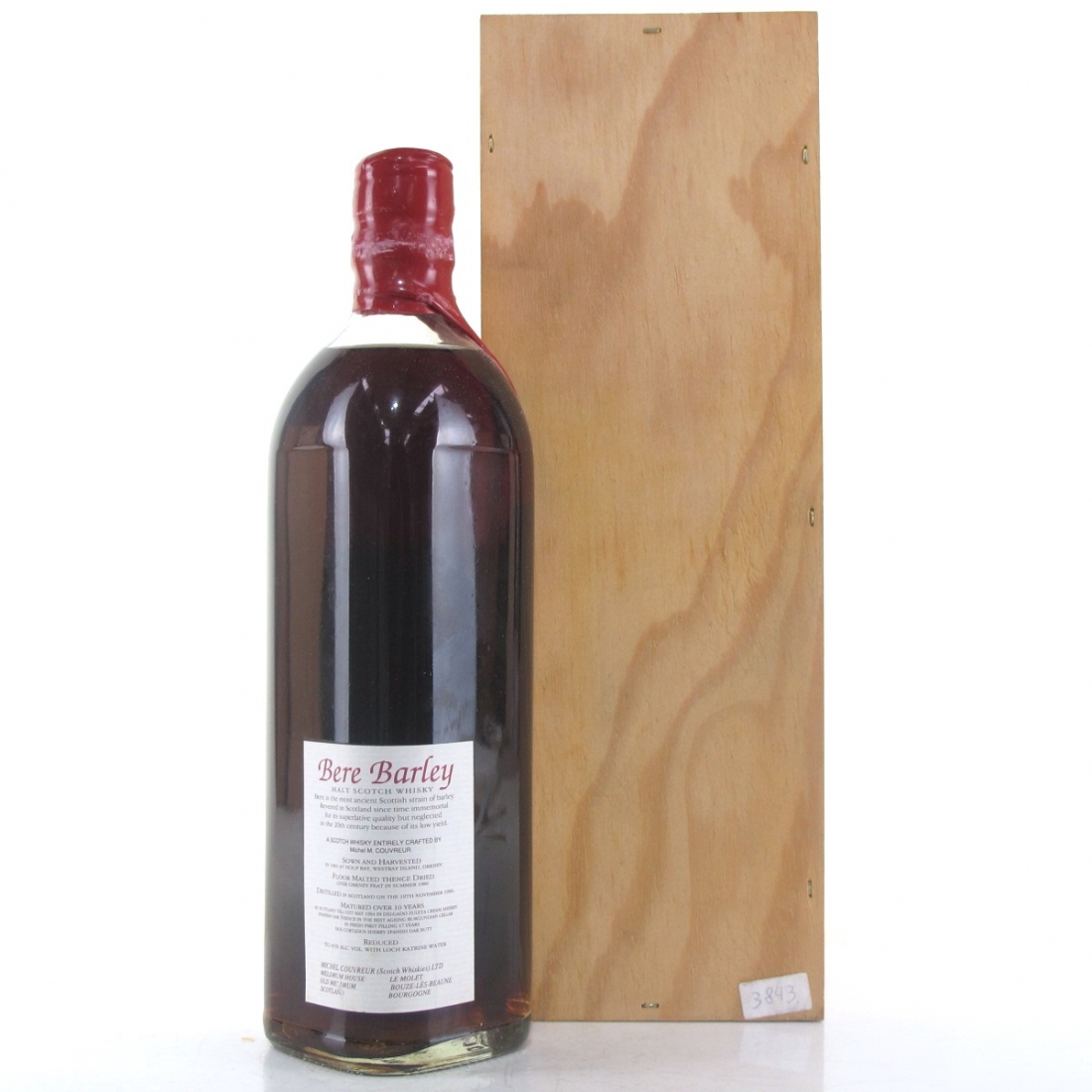 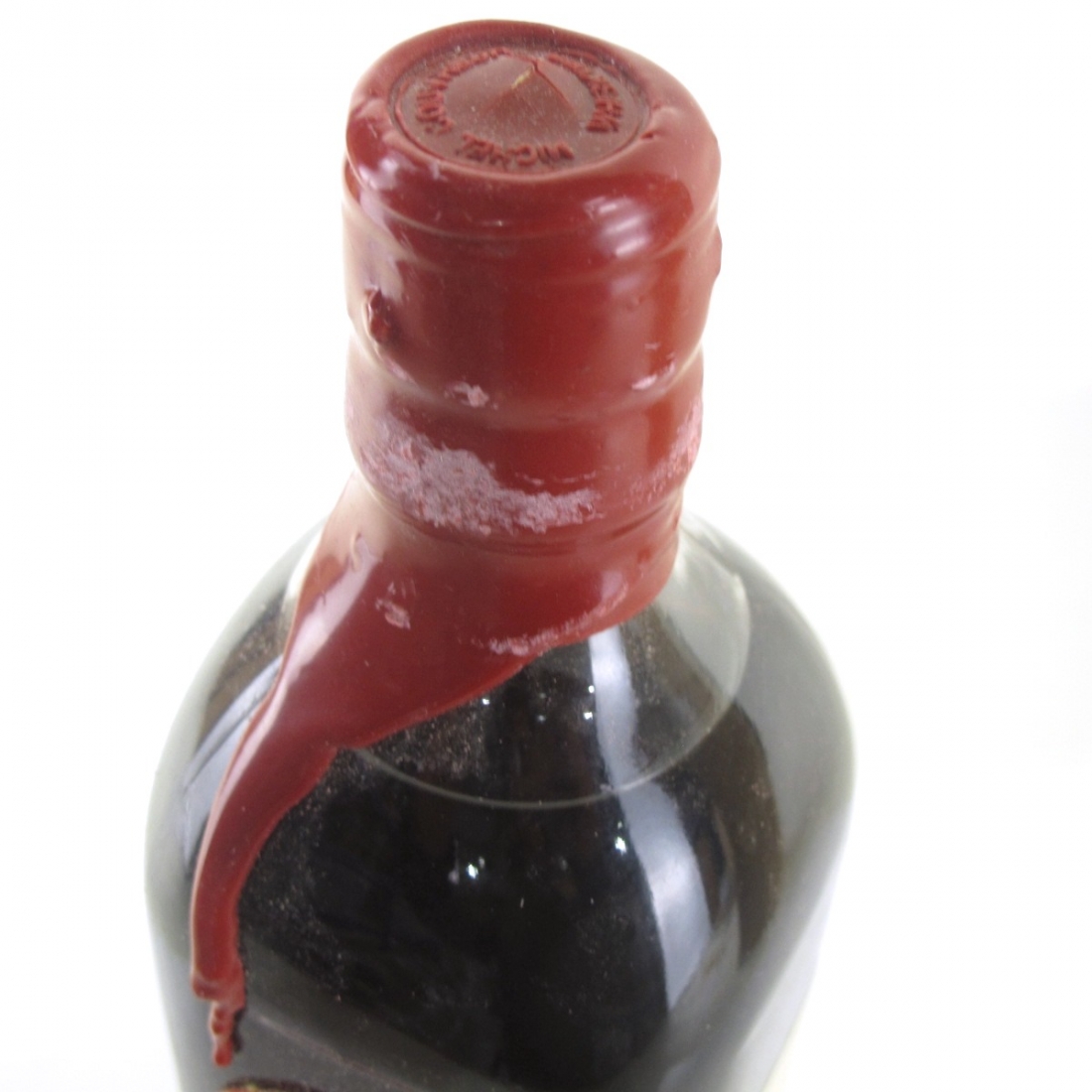 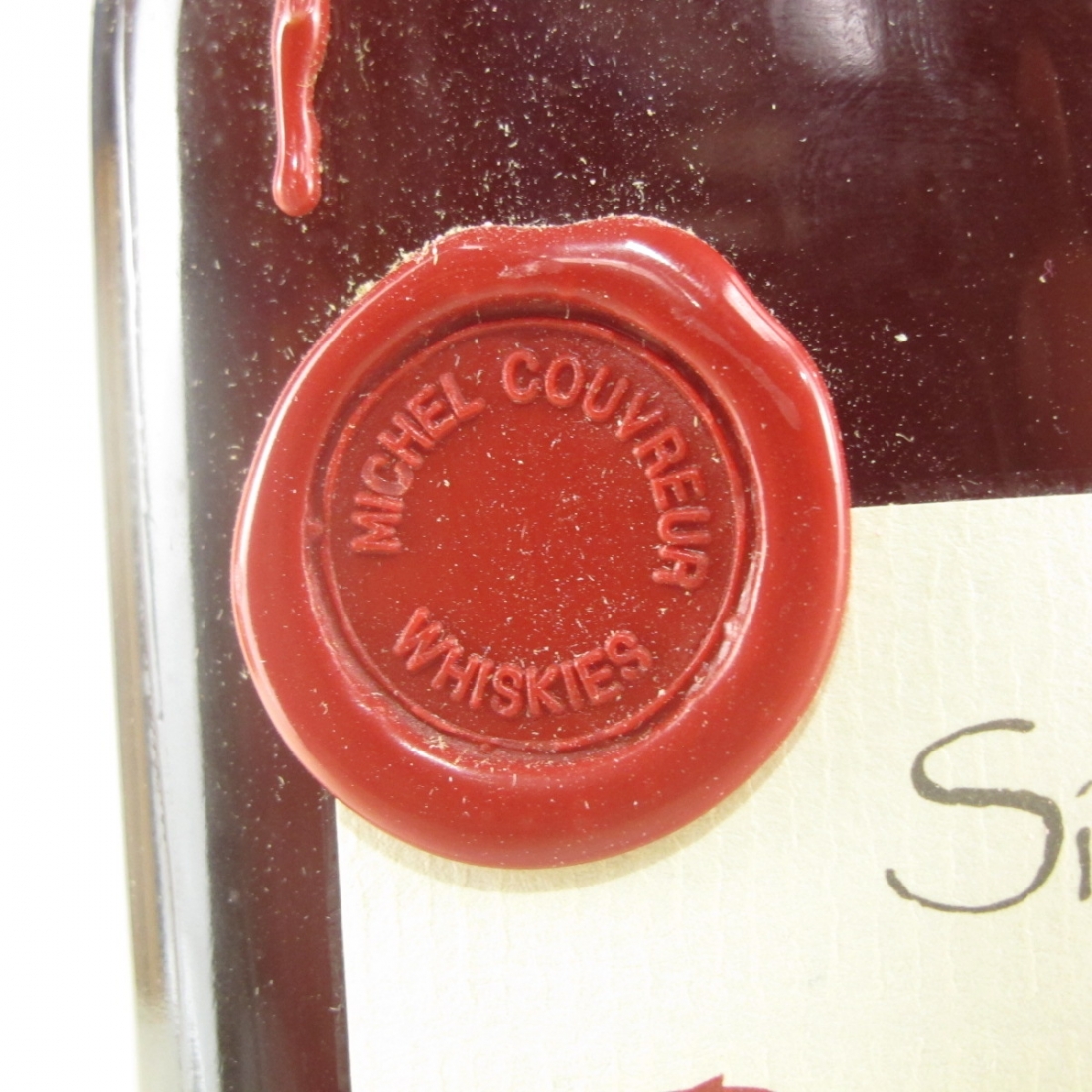 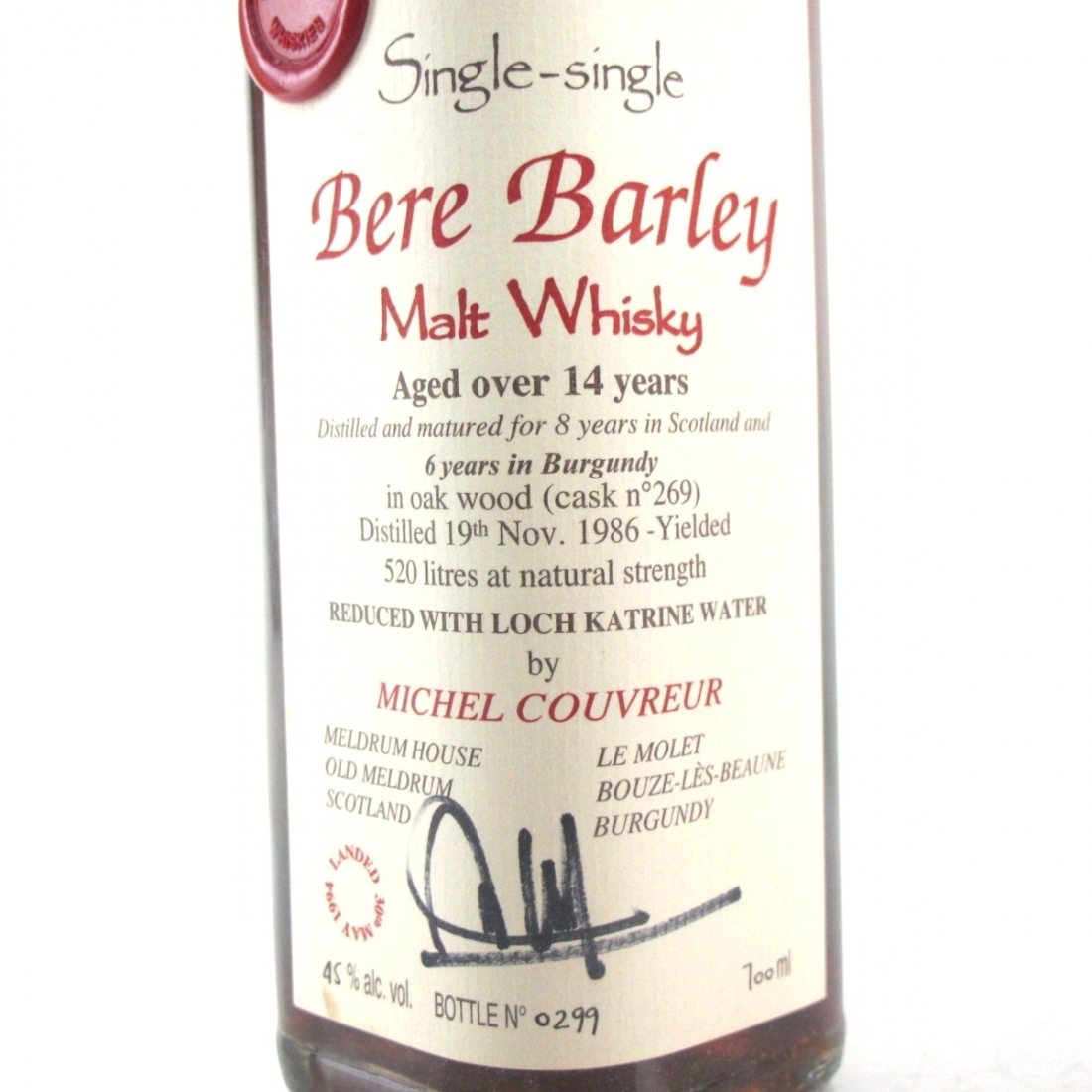 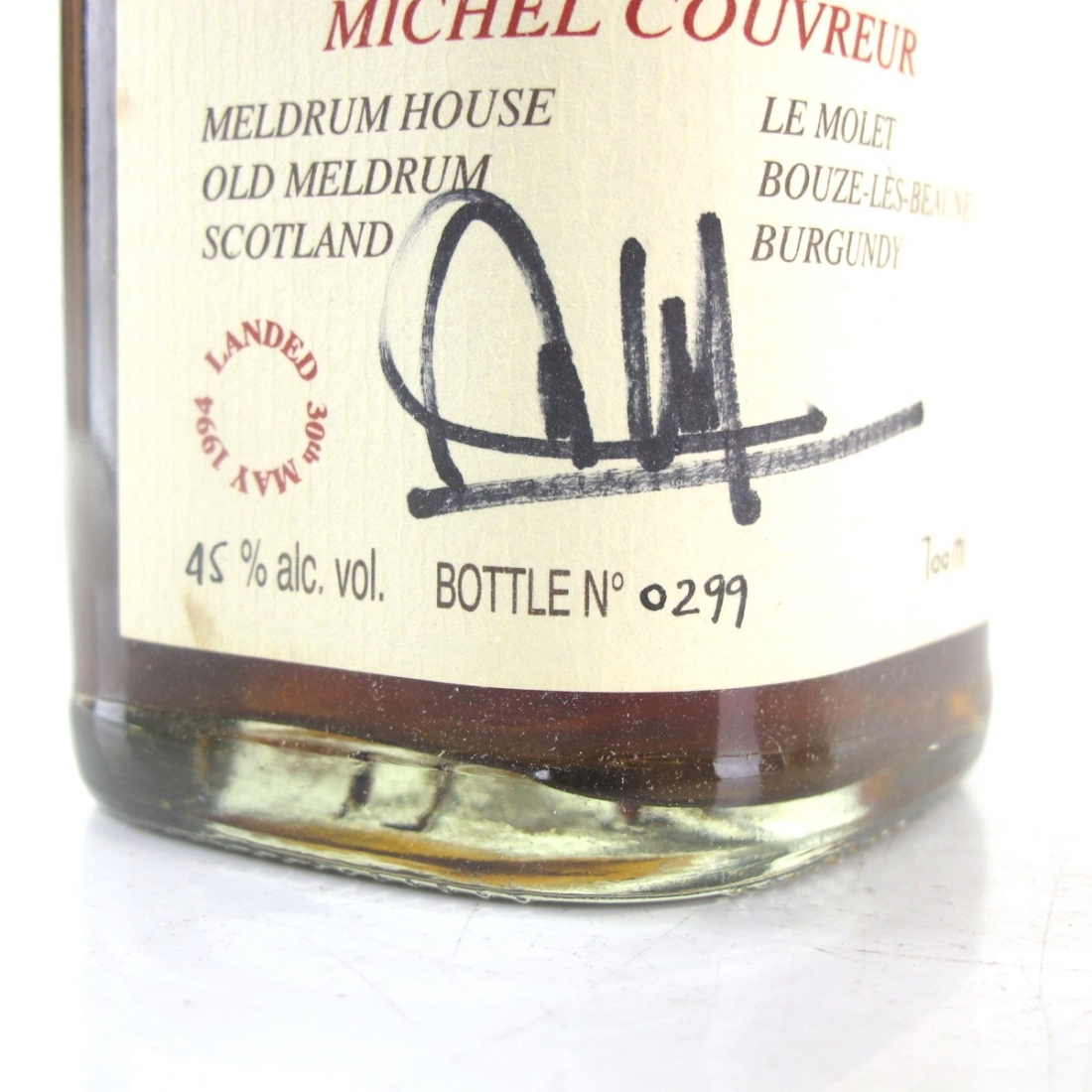 Michael Couvreur was an innovator in the world of whisky.

Bere Barley is an acient Barley, rarely seen these days - with the exception of Bruichladdich's and Arran's recent releases using this same varietal.

This whisky in this bottle was distilled on the 19th November 1986 and matured for 8 year in Scotland, before spending a futher 6 years un Burgundy, France. 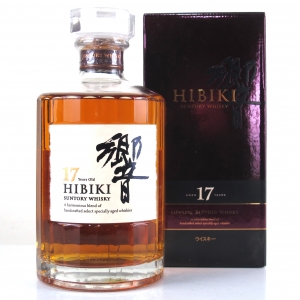 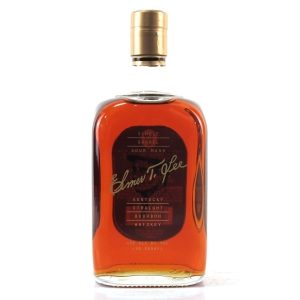 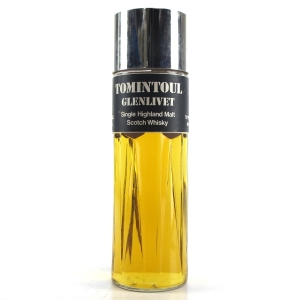 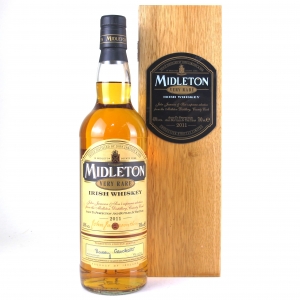