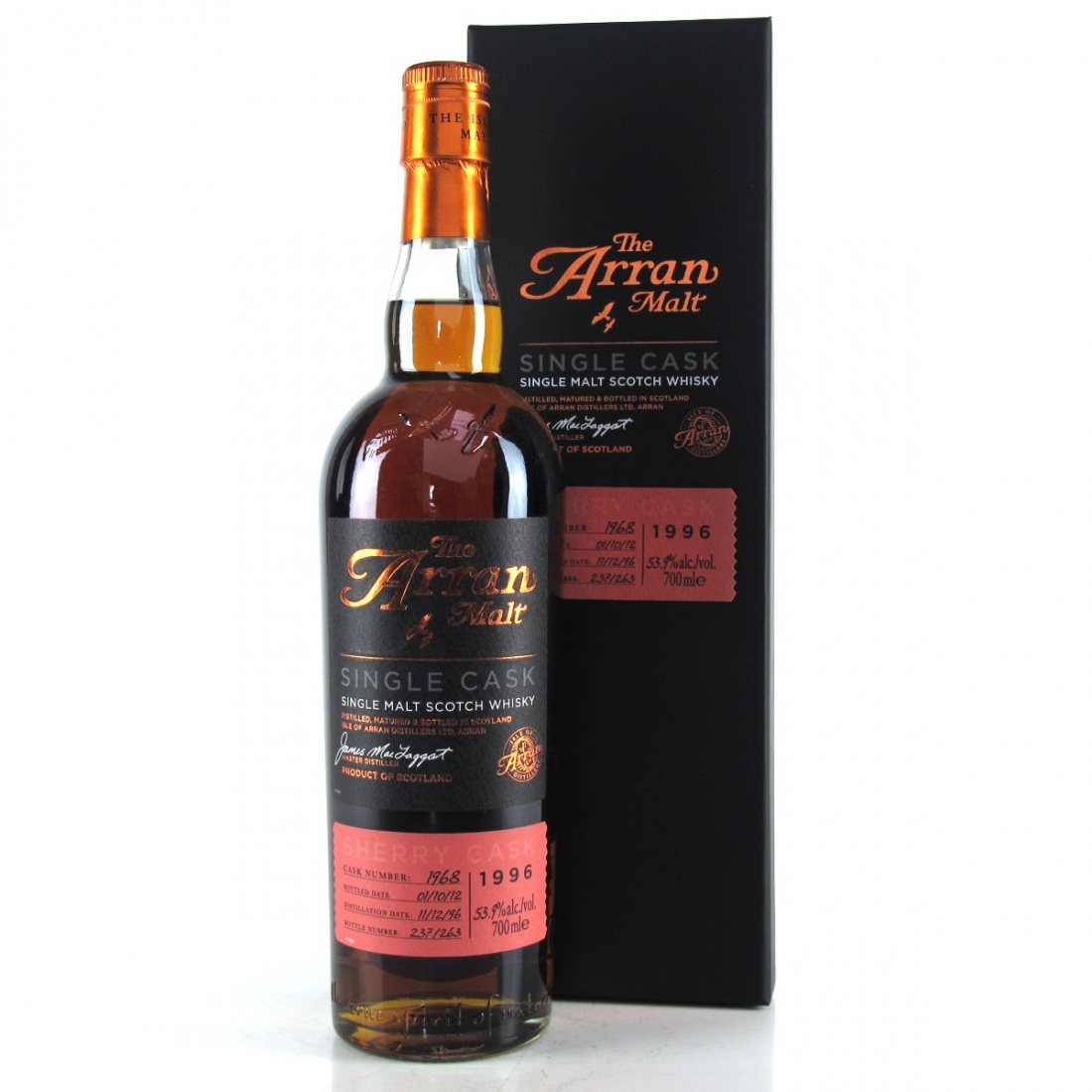 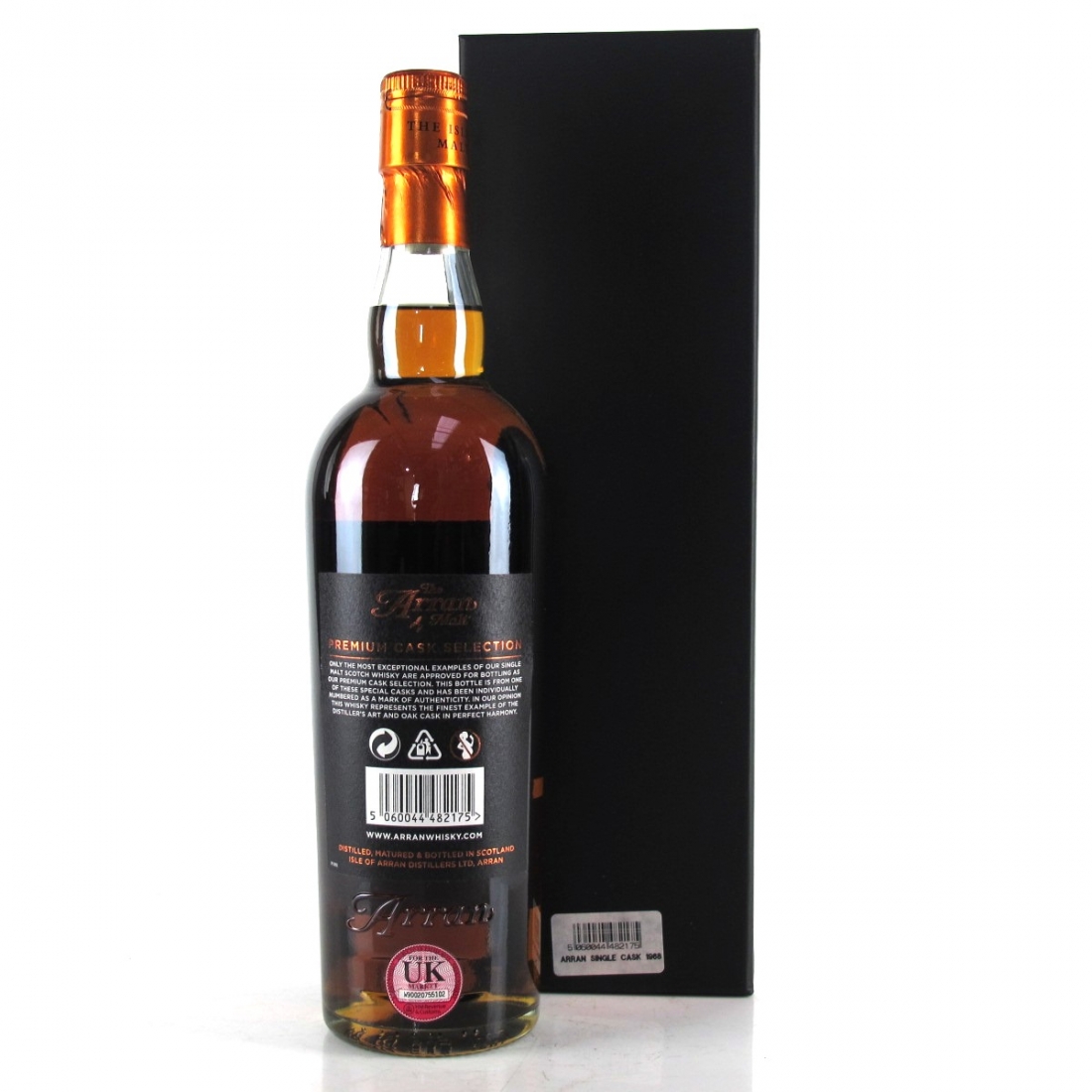 Distilled on the 11th of December 1996 and bottled in October 2012 after maturation in a sherry butt.

Isle of Arran Distillery is one of the few remaining independent distilleries in Scotland. The Distillery is in the village of Lochranza on the Norh-West tip of the Isle of Arran, where it is perfectly situated to capture the character of the beautiful island of pure mountain water and soft sea air washed by the Gulf stream. This hand-crafted malt has no added artificial colouring and is not chill-filtered at the bottling stage, thus ensuring  a completely natural Whisky which retains the full range of aromas and flavours which typify the Arran malt.