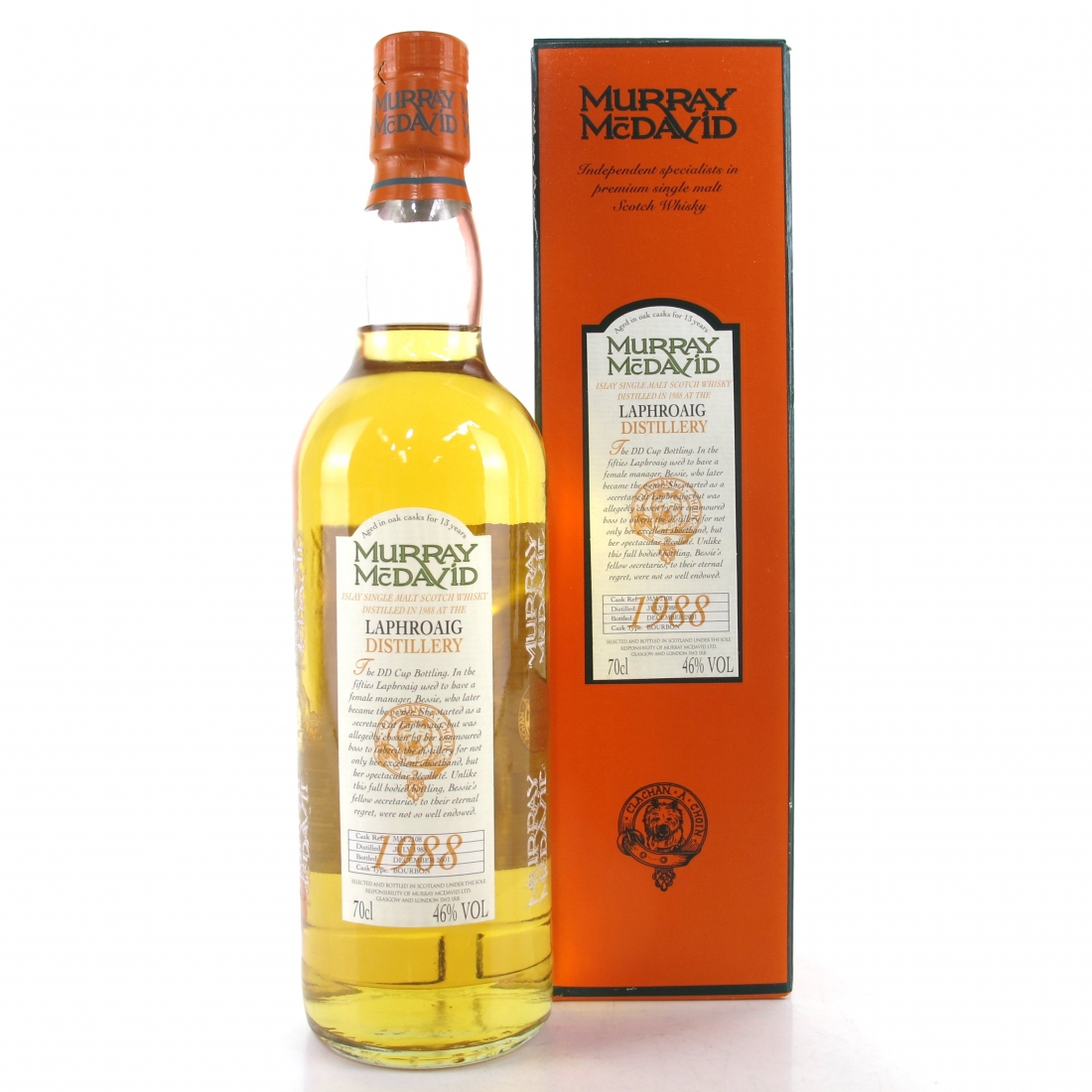 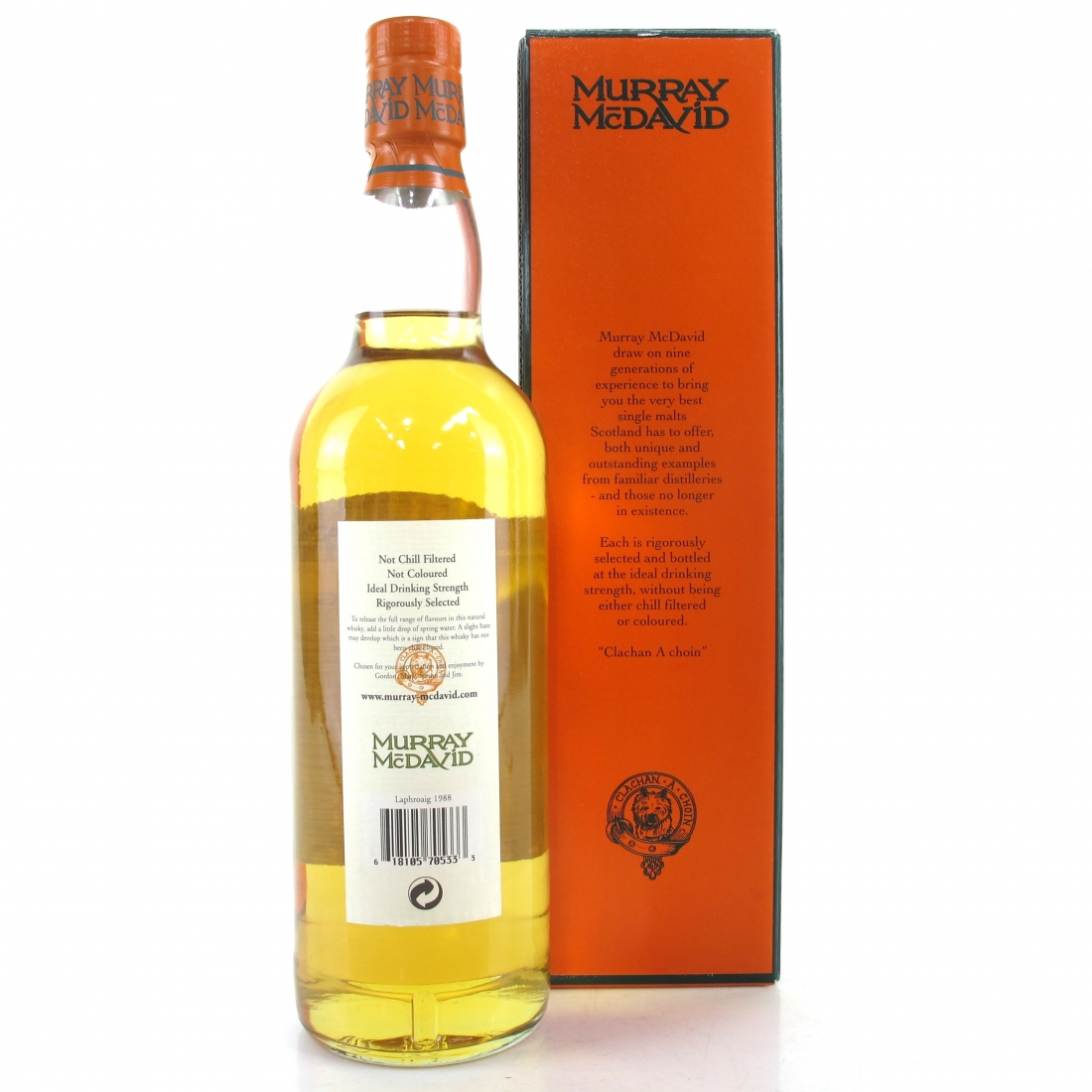 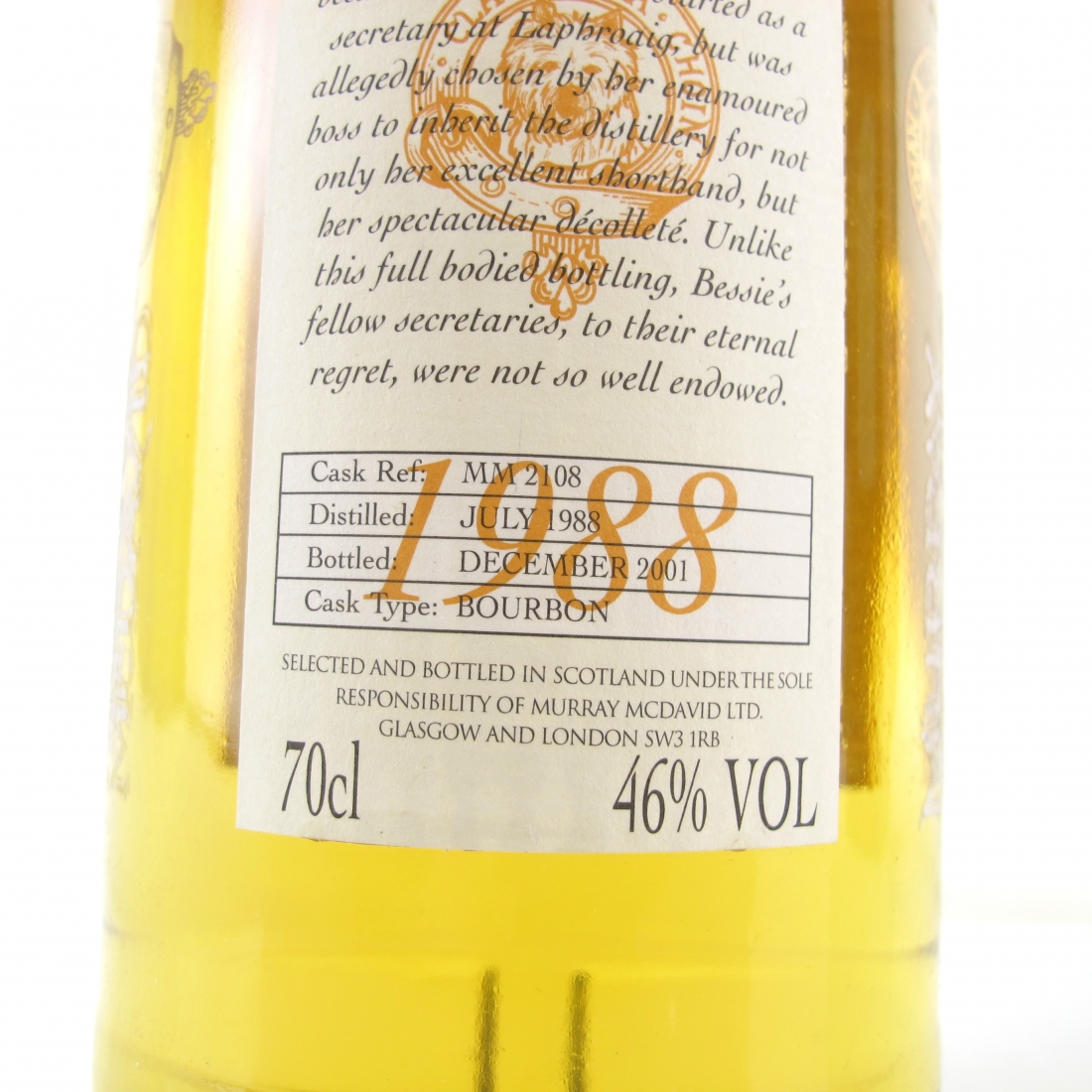 Distilled July 1988 and bottled at Bruichladdich in 2001, this bizarre release is labelled as "The DD Cup Bottling," purporting the rumour that Laphroaig's former female distillery manager, Bessie Williamson, had only inherited the reigns to the distillery on the grounds of her late employer's fondness for her ample "decollete." 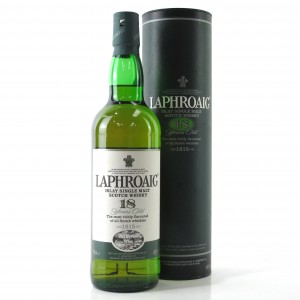 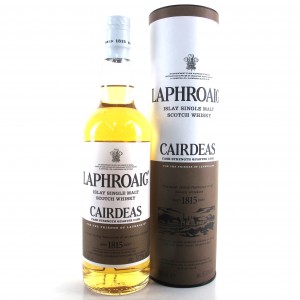 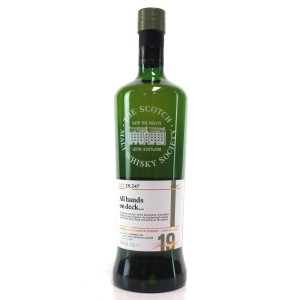