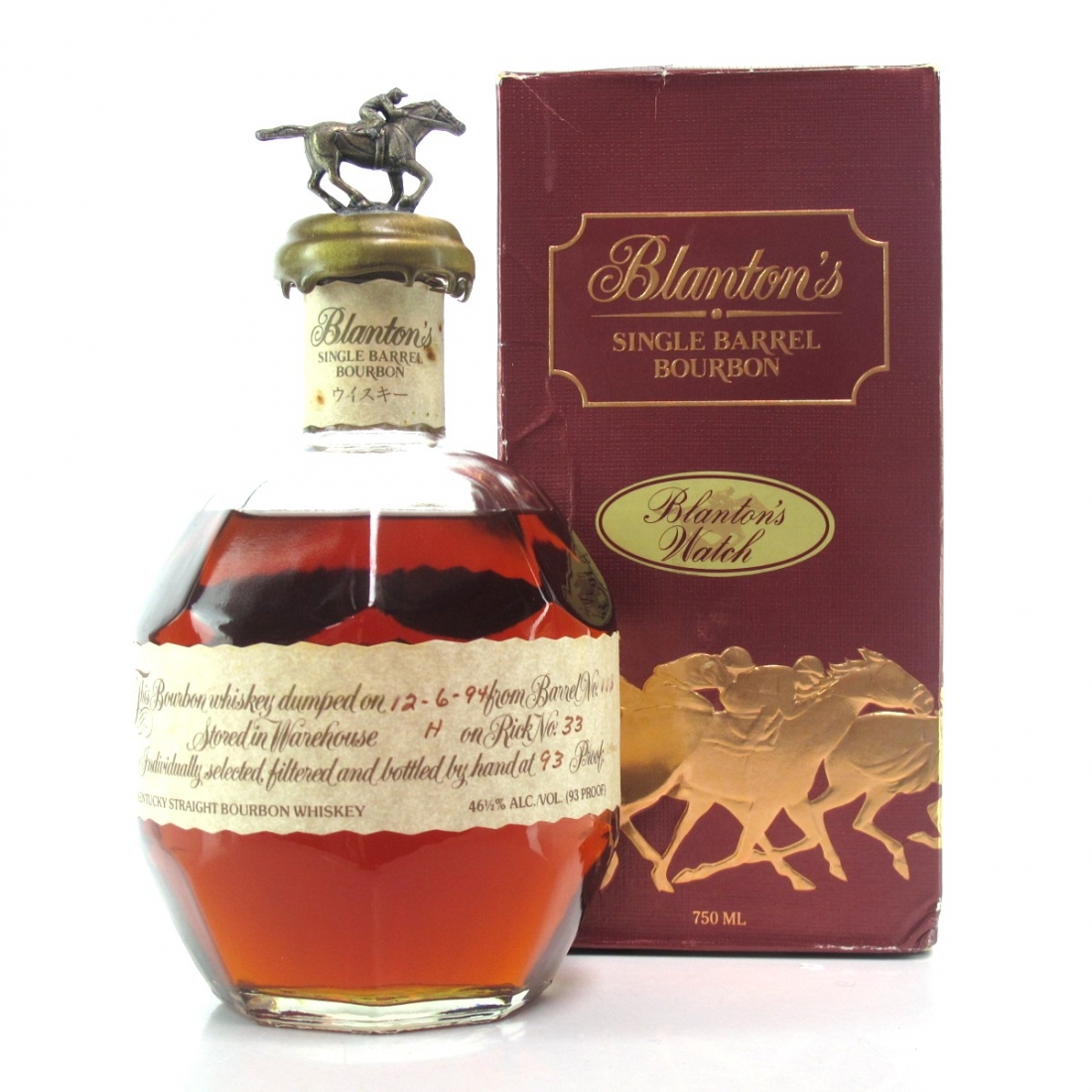 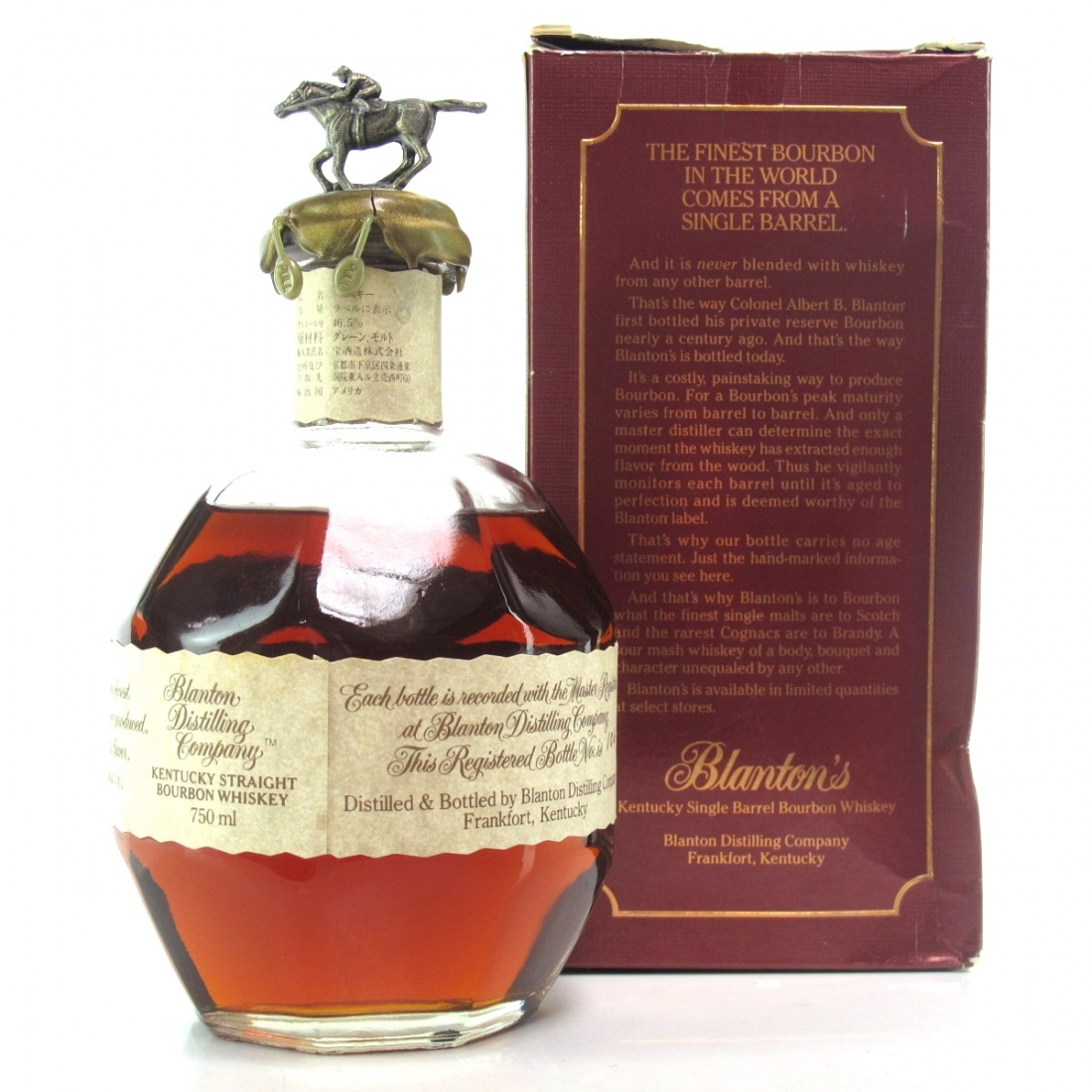 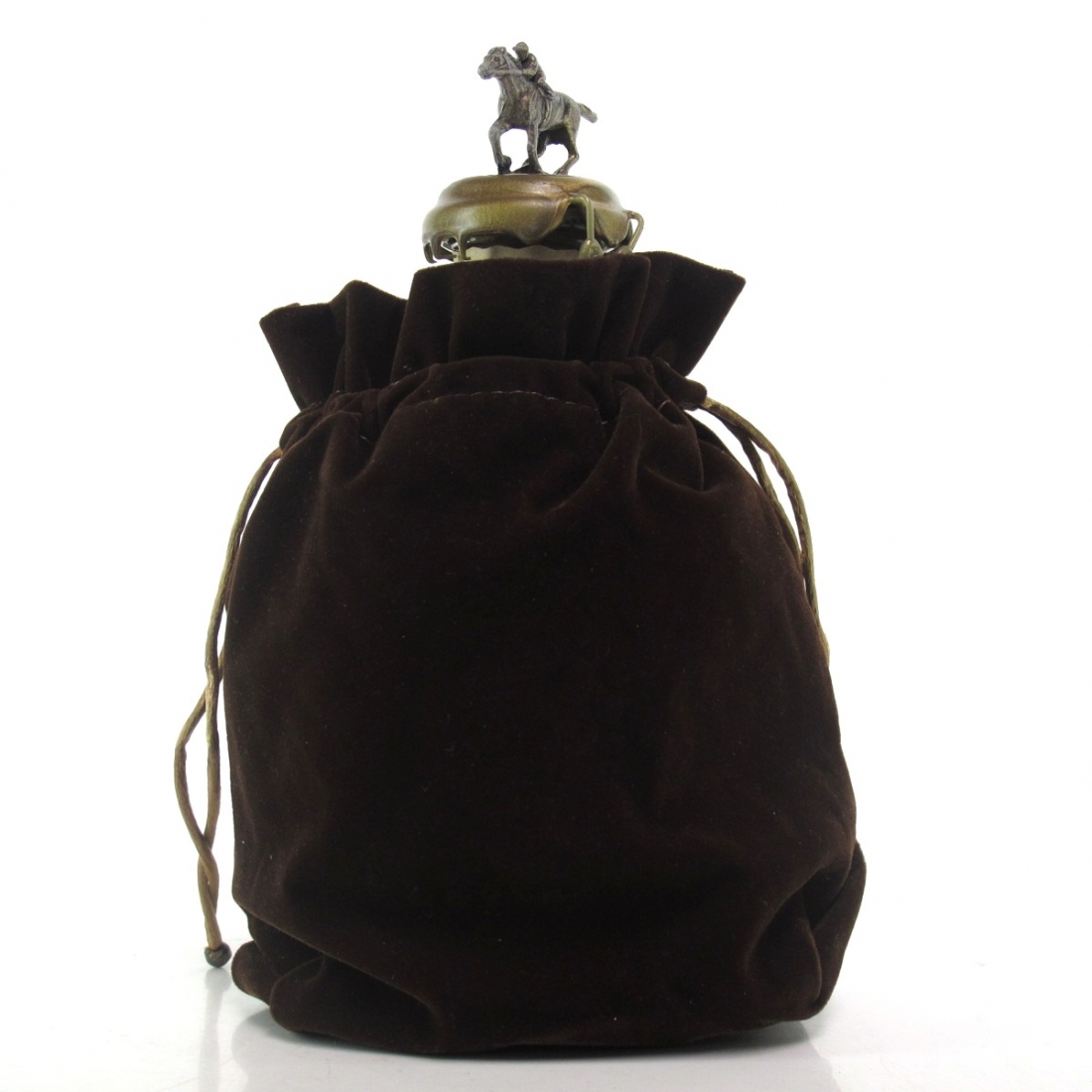 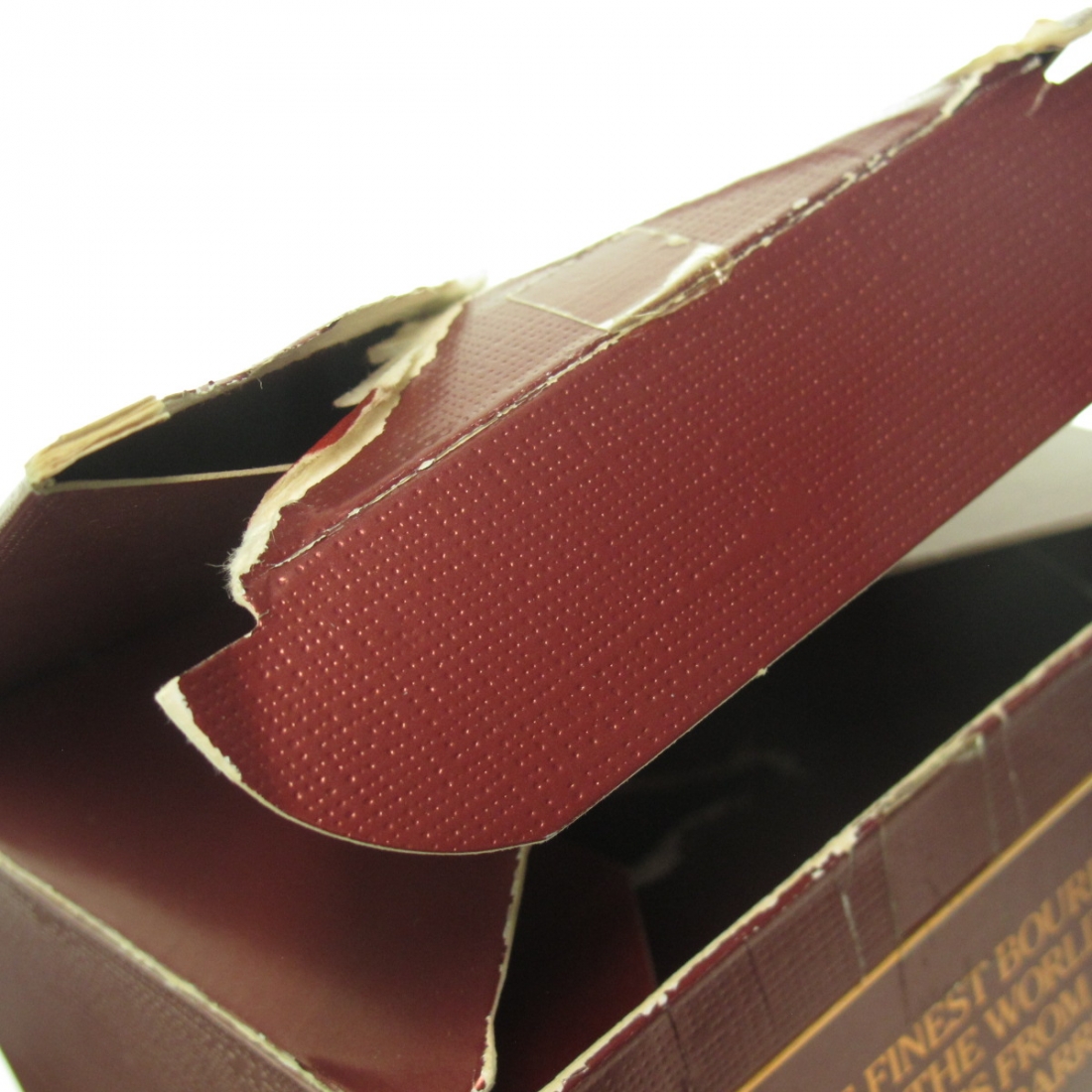 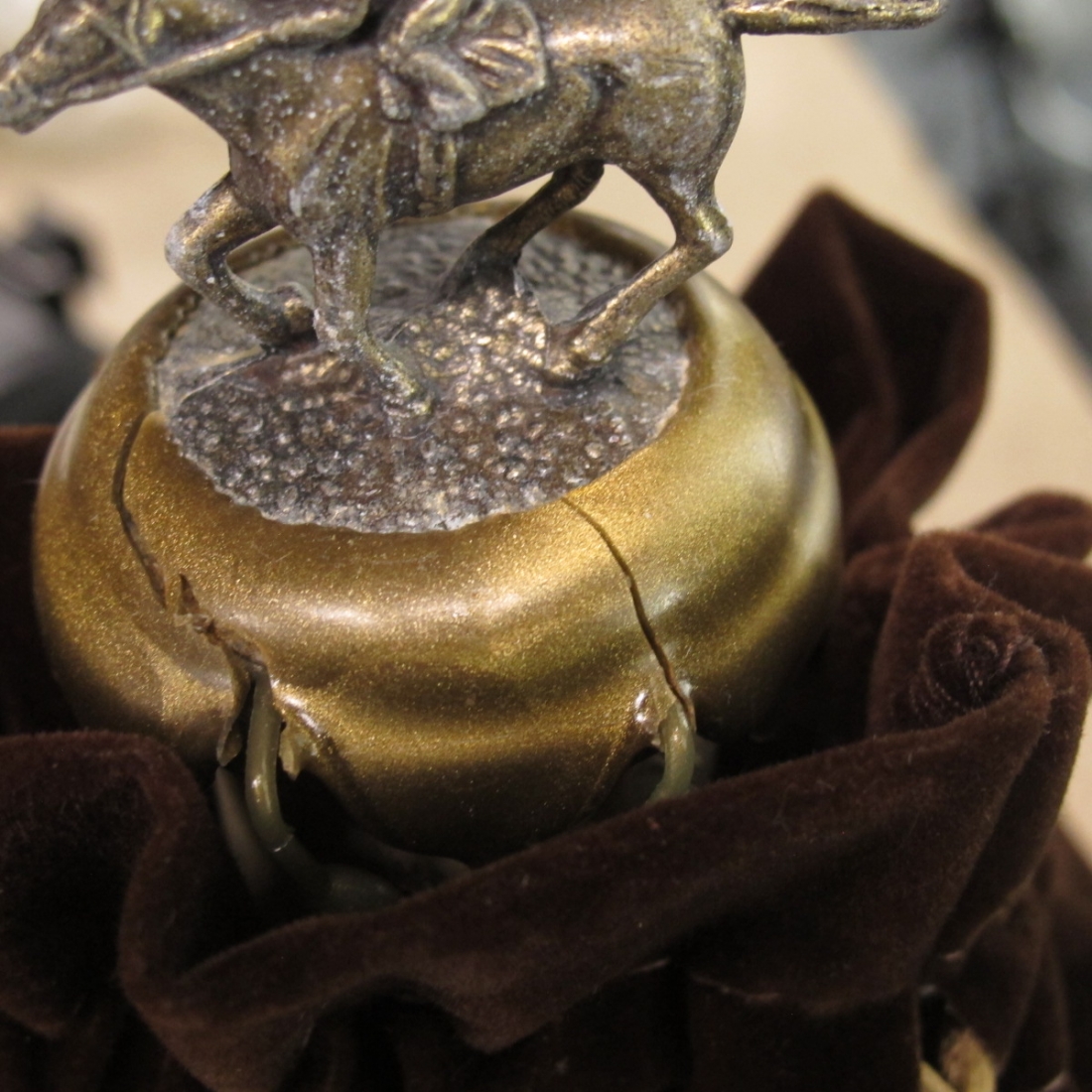 More recent bottles of Blanton's have one of 8 different stoppers, each depicting a horse and jockey at a different stage of finishing a race. The designs are all lettered so that a complete set laid out side by side will spell Blanton's. This bottle pre-dates this. 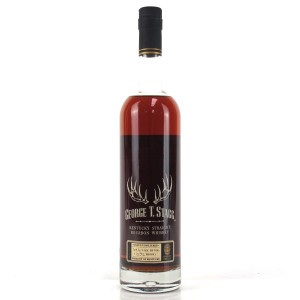 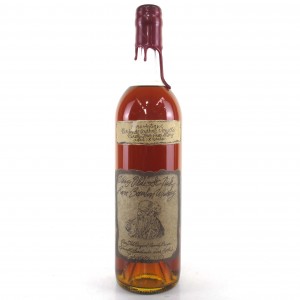 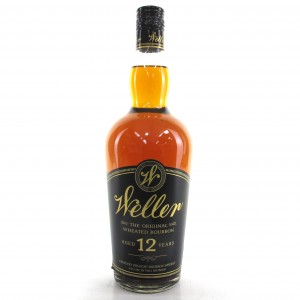 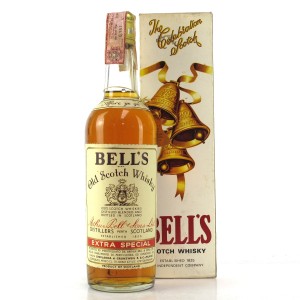