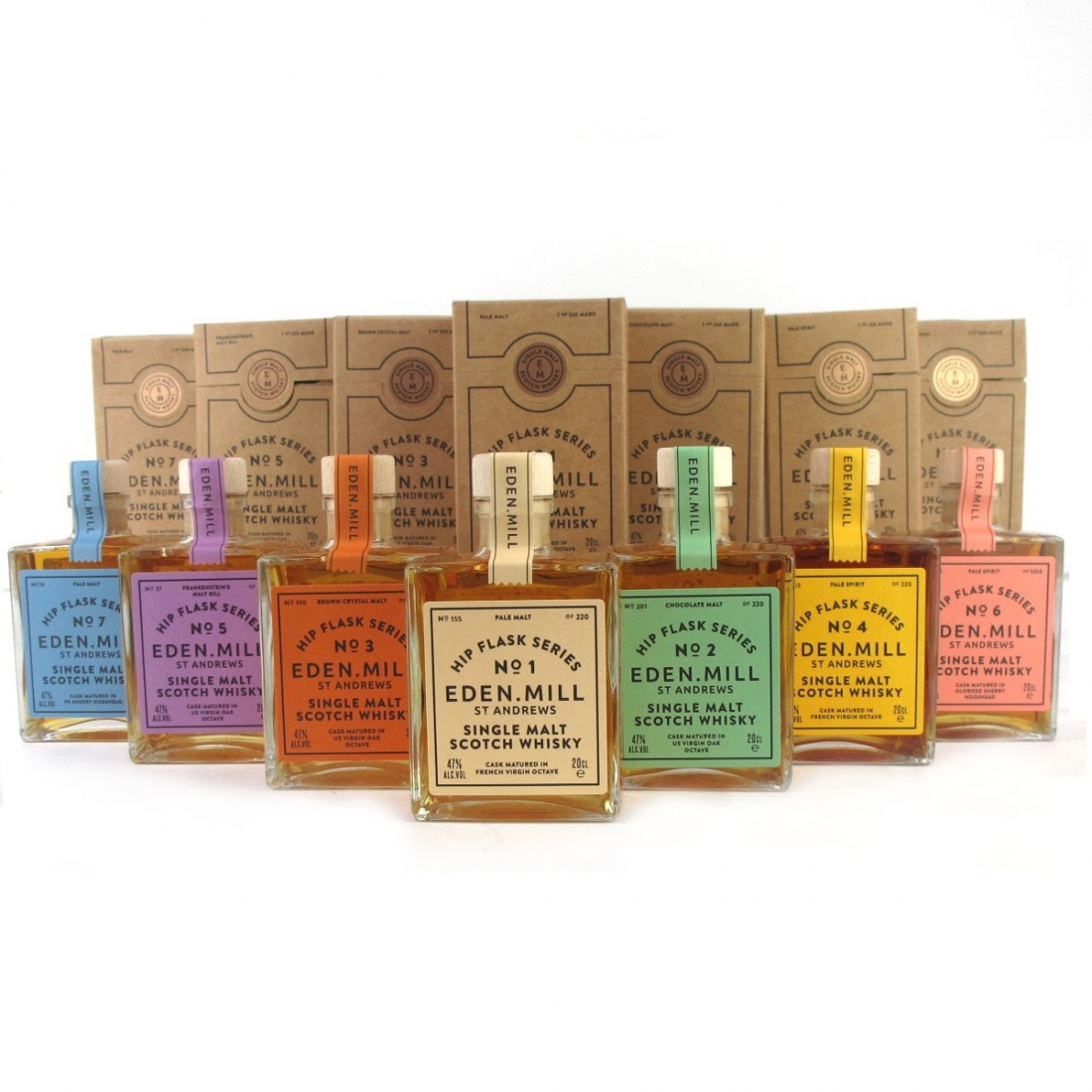 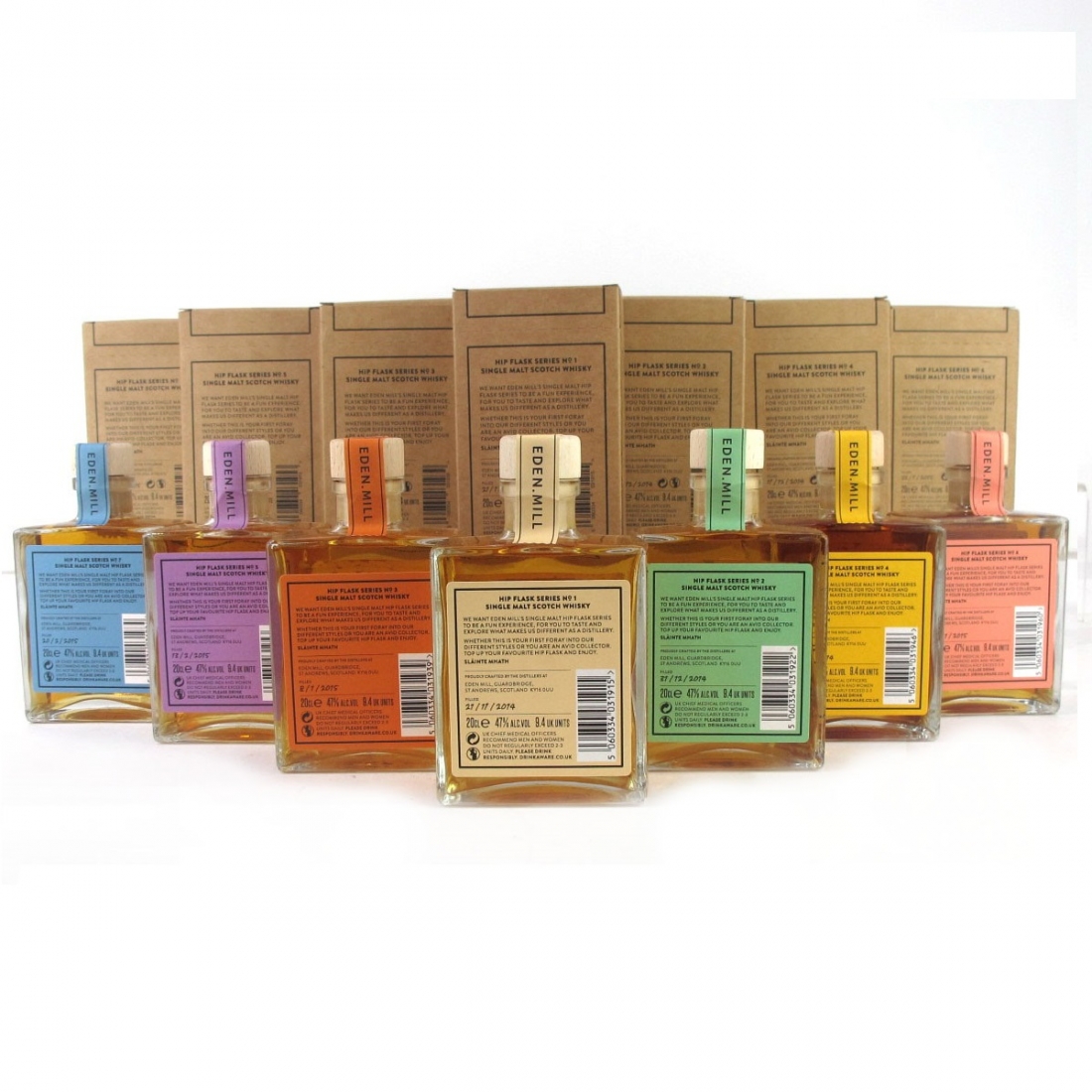 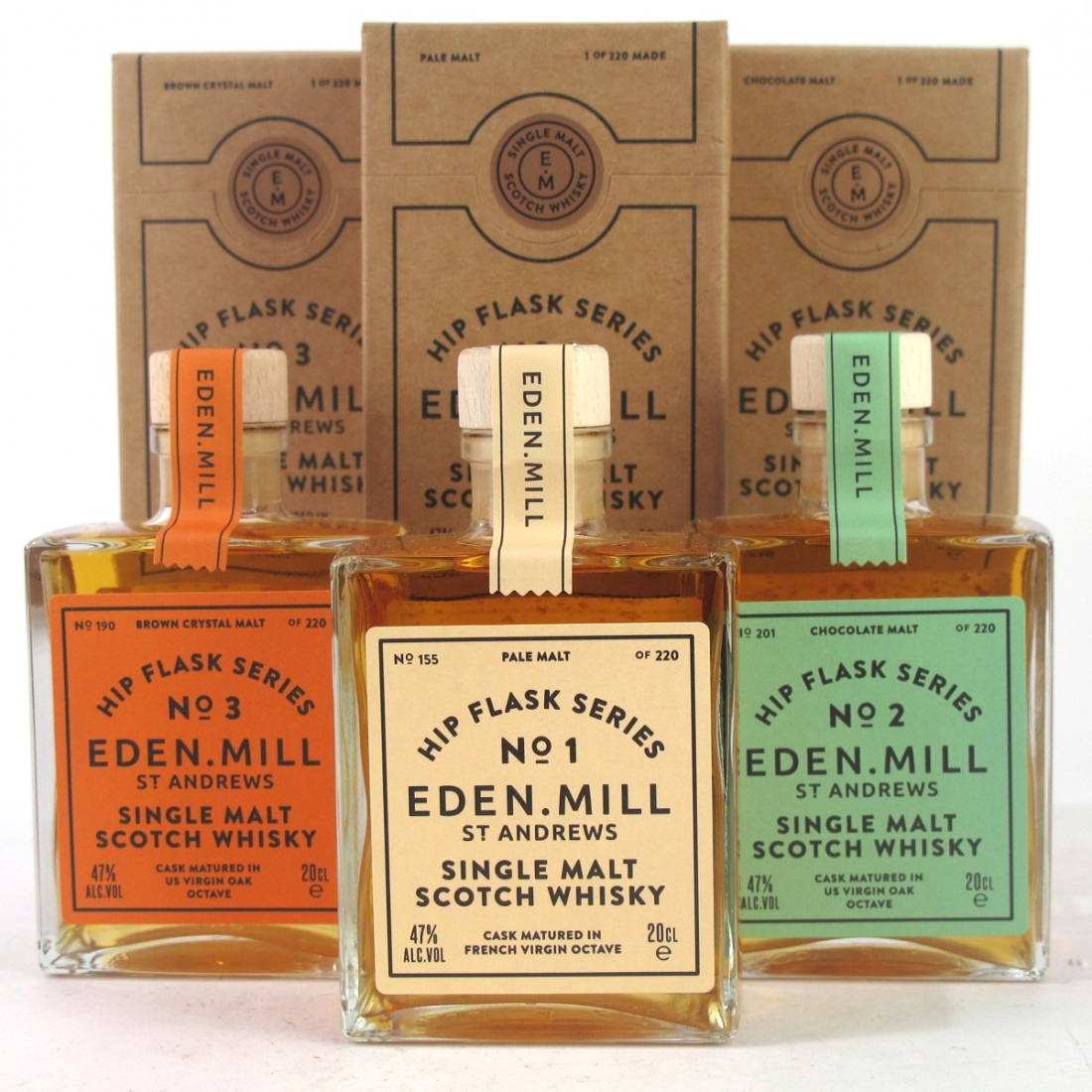 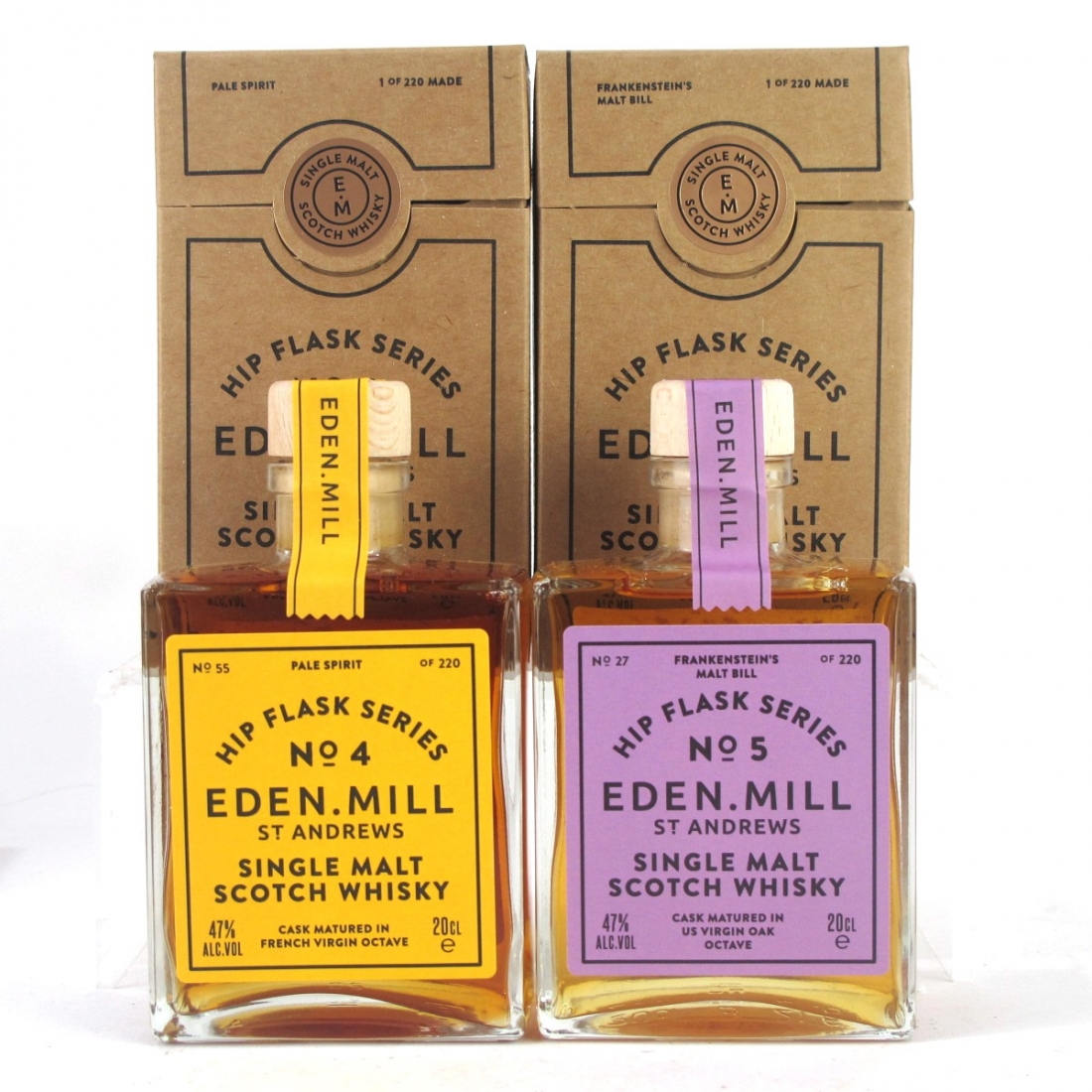 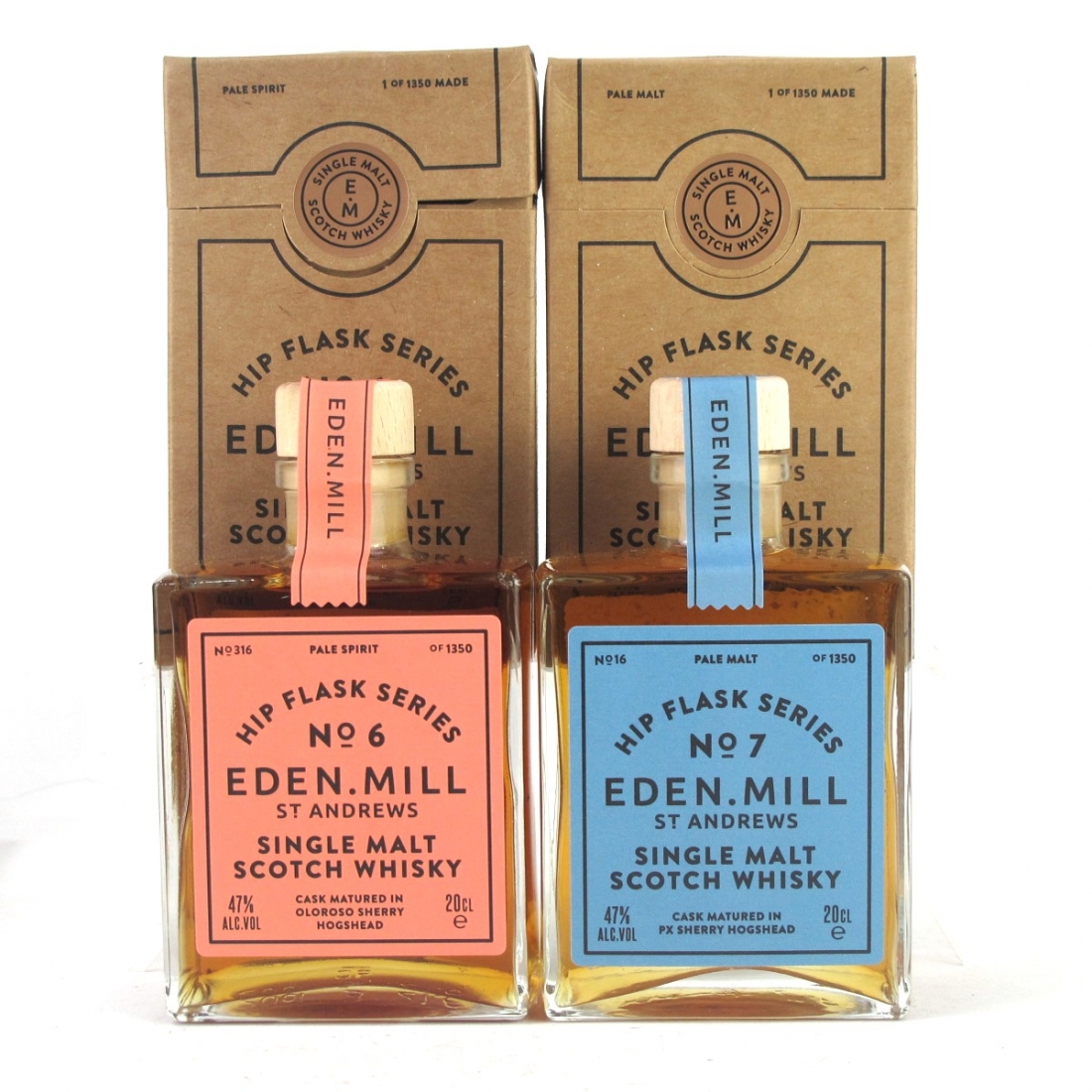 Whisky Auctioneer is proud to offer the first ever bottles of Eden Mill's first single malts.

The first whiskies produced in St. Andrews for over 150 years, theses elegantly packaged 20cl glass "hip flask" bottles have been distilled using a variety of malt types, and matured in a variety of different casks.

Please note this lot has a 2 bottle shipping fee. 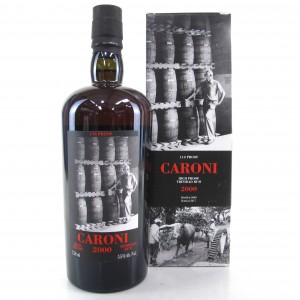 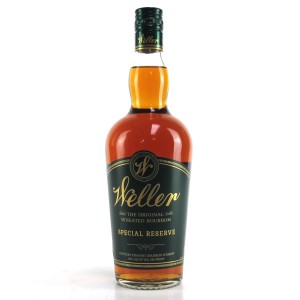 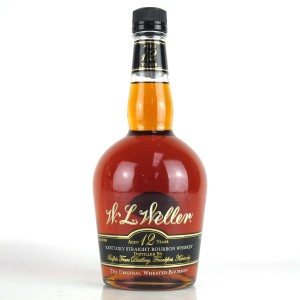 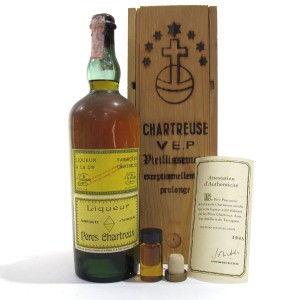