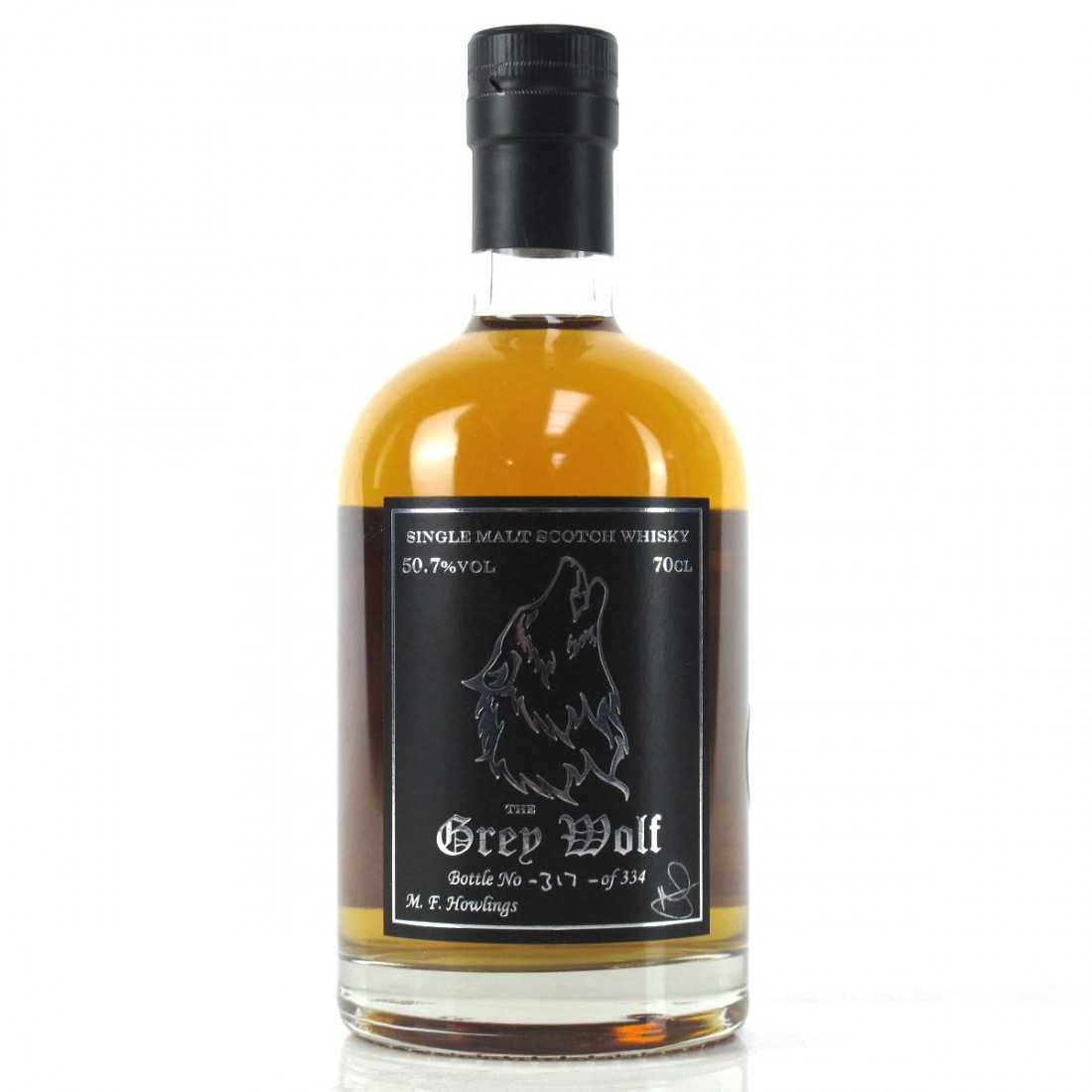 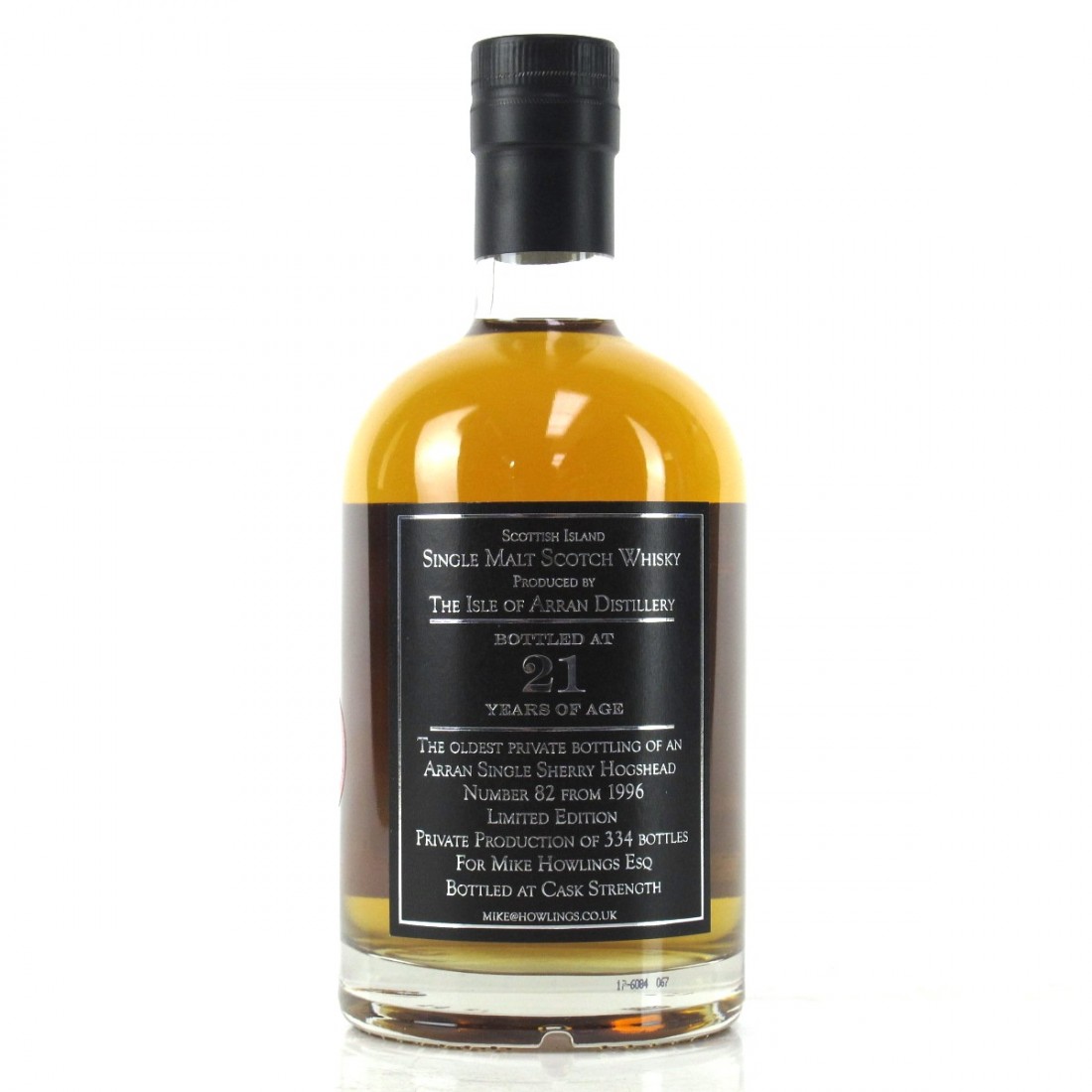 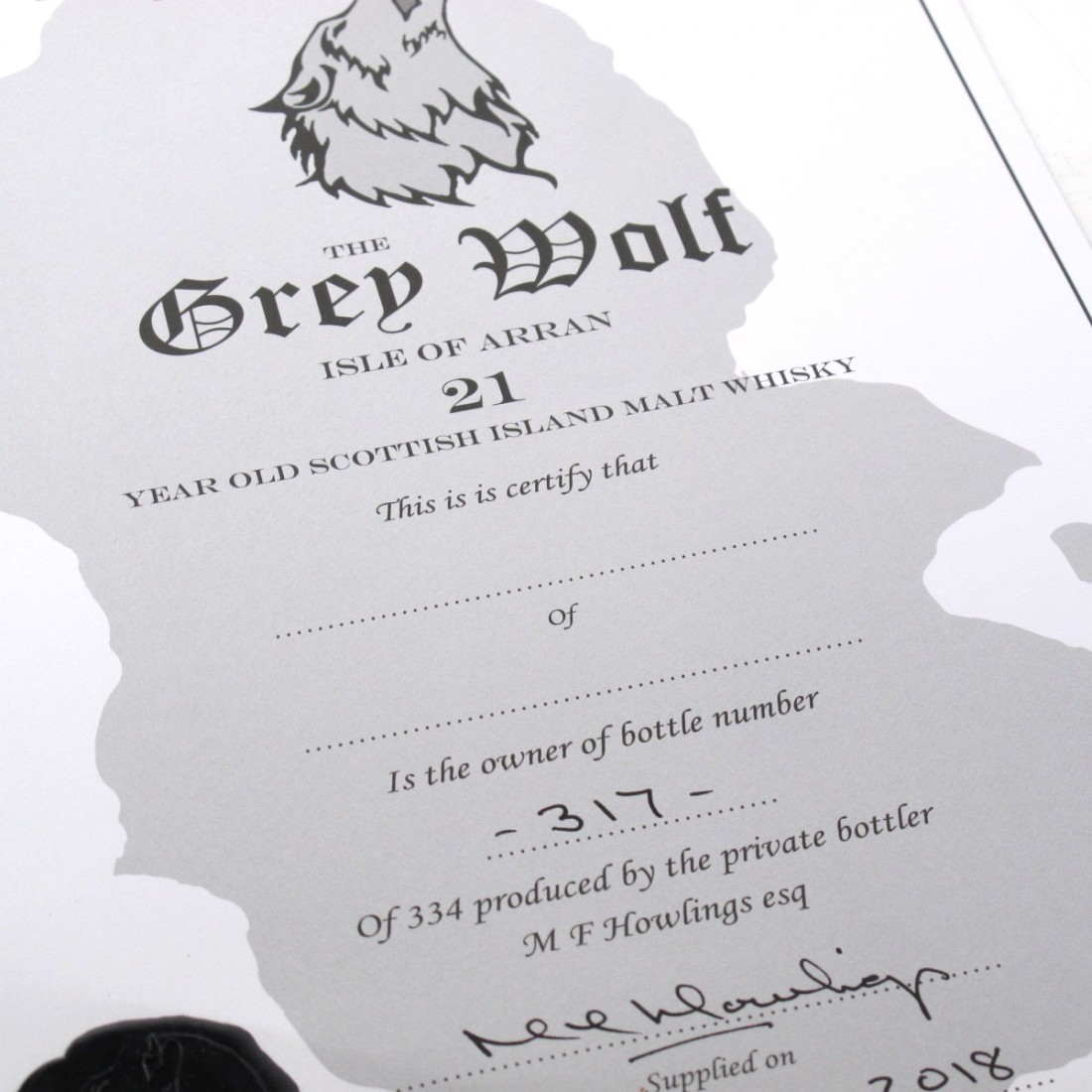 In 1995 The Isle of Arran Distillery was re-established in Lochranza. The first 1000 casks of spirit distilled in 1996 were offered to the public to purchase and I am proud to have been one of the earliest enthusiasts to jump at the opportunity. The Grey Wolf is cask number 82 which was distilled on the 7th February 1996 and placed in a fine sherry hogshead to mature. It was bottled on 2nd March 2017 which makes it the first privately bottled Arran 21 year old and therefore a very significant Arran dram indeed. The bottling was non chill filtered and undertaken at cask strength 50.7% by volume with the hogshead yielding a total of 334 bottles.

A bottle of The Grey Wolf was assessed in The Whisky Bible (2018 edition) and was given a score of 90.5 rating it as “brilliant”. Jim Murray confirmed the taste is “brilliant….just brilliant….! One of the best sherry influences ever from Arran”. Paul McDonagh and his son Thomas, from The Bon Accord in Glasgow gave The Grey Wolf Scores of 91 and 93 respectively. Paul described the palate as a “sherry bomb” and both commented on the length of the finish. I am obviously very proud of these professional assessments and delighted The Grey Wolf is a true and honest representation of the excellent aged sherry finish bottlings being produced by The Arran Distillery.

Bottle numbers 315, 316 and 317 are the first to be offered for sale, ever. Each is supplied with a certificate of Ownership embossed with a wax seal to prove their authenticity. 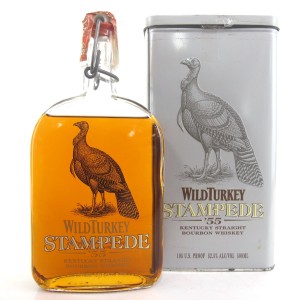 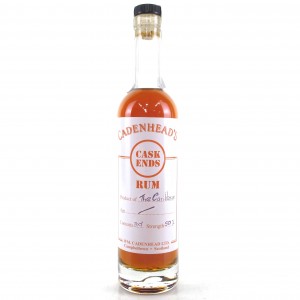 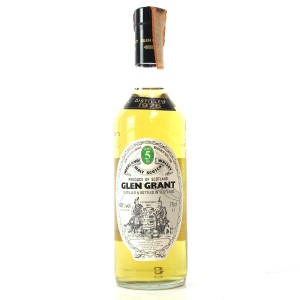 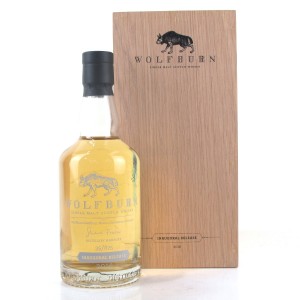