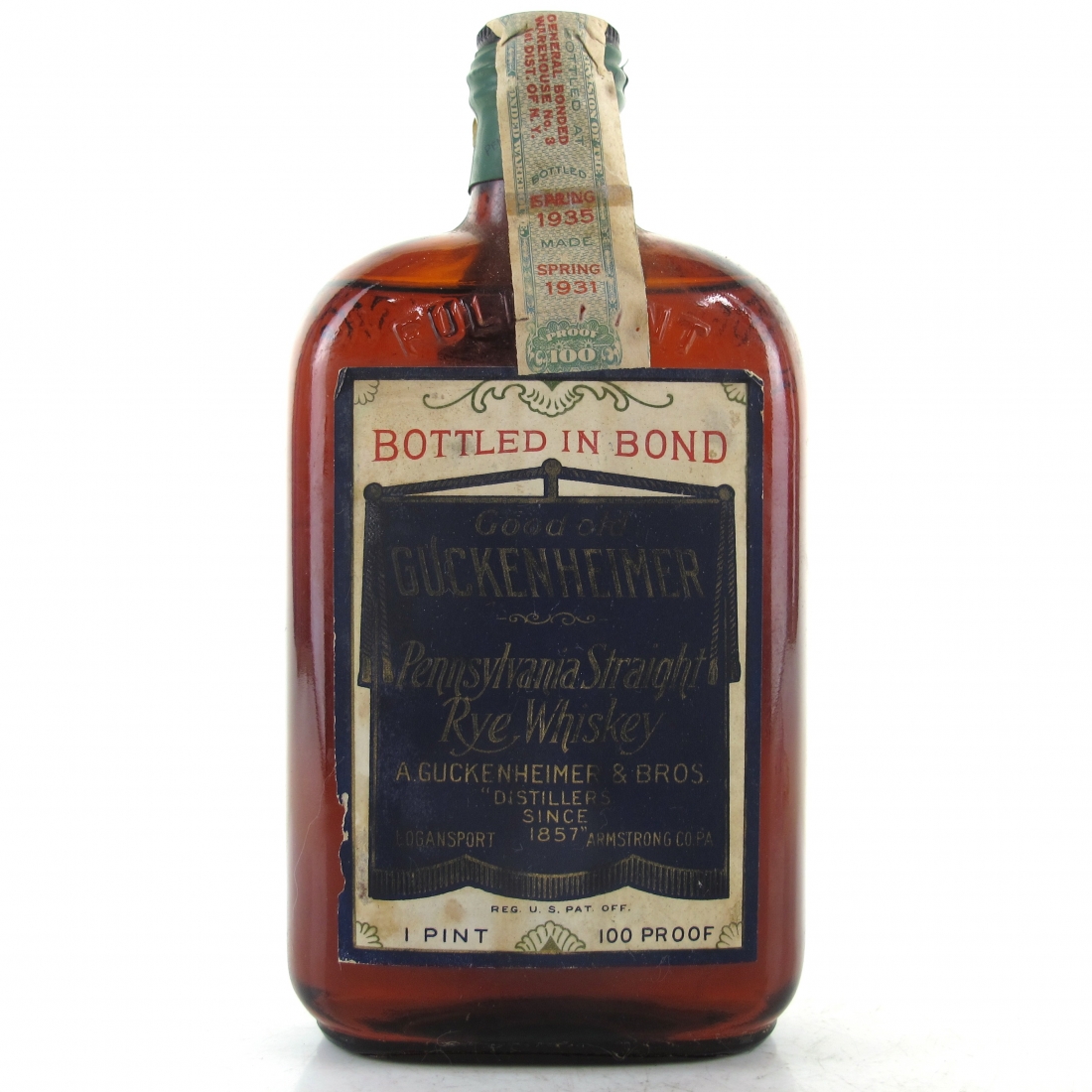 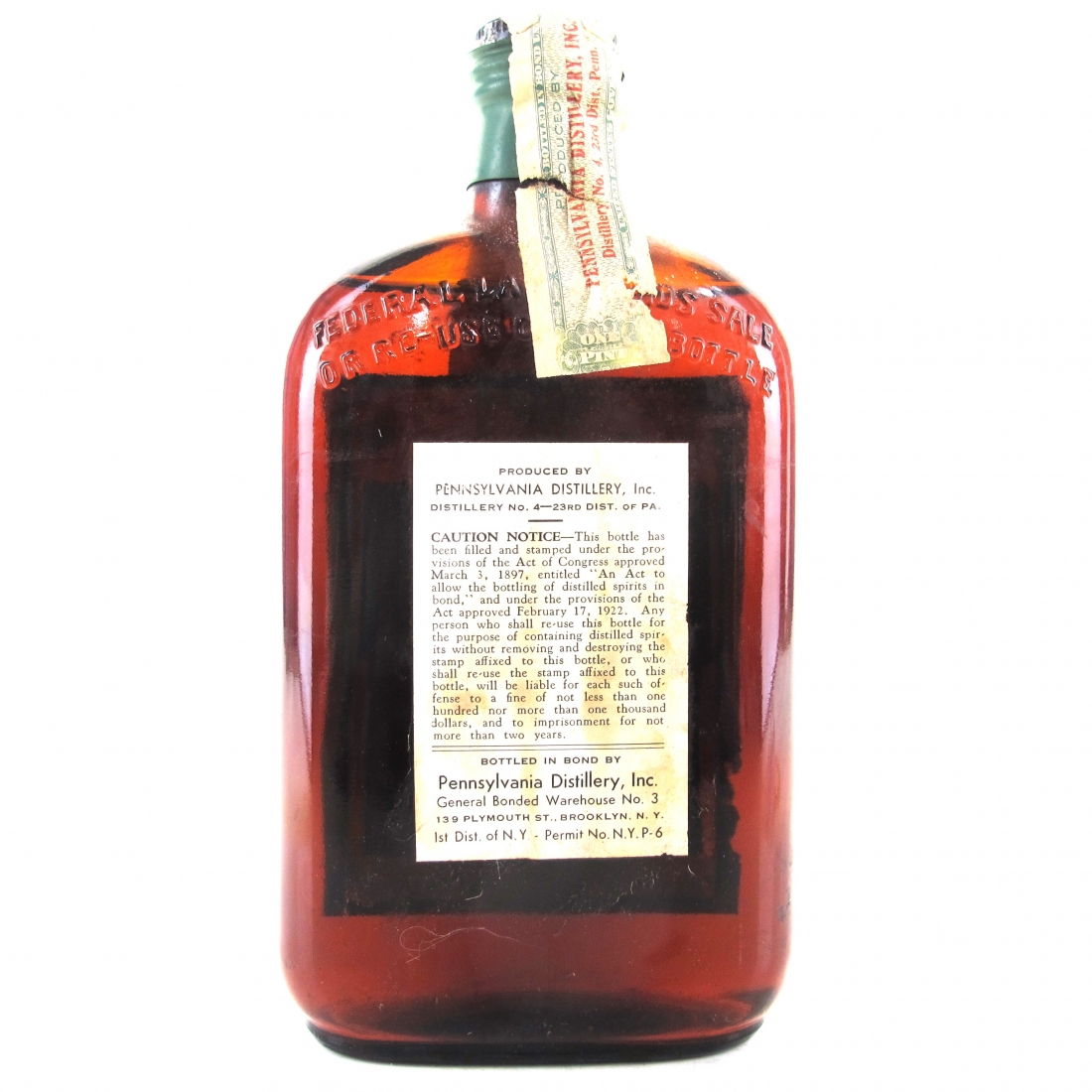 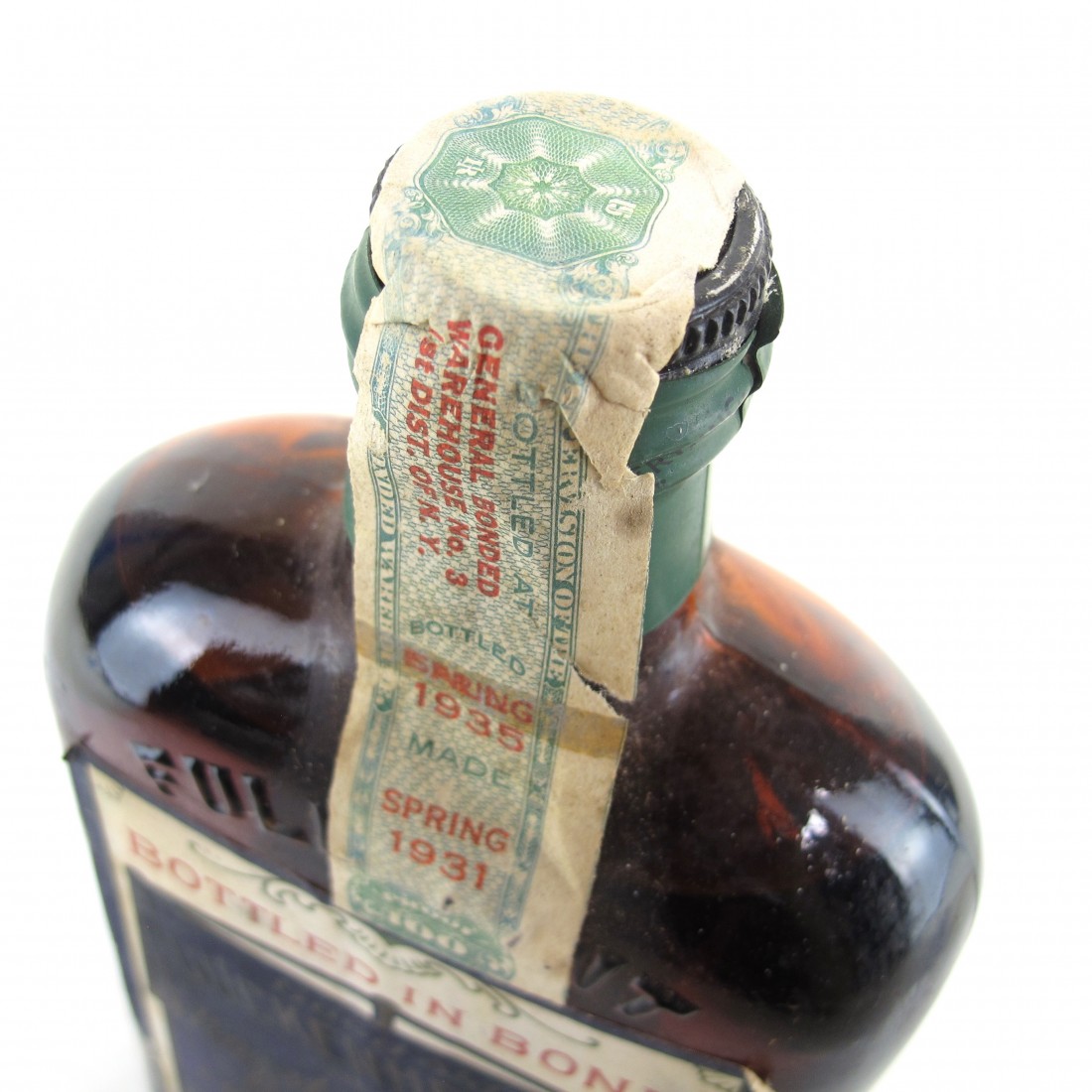 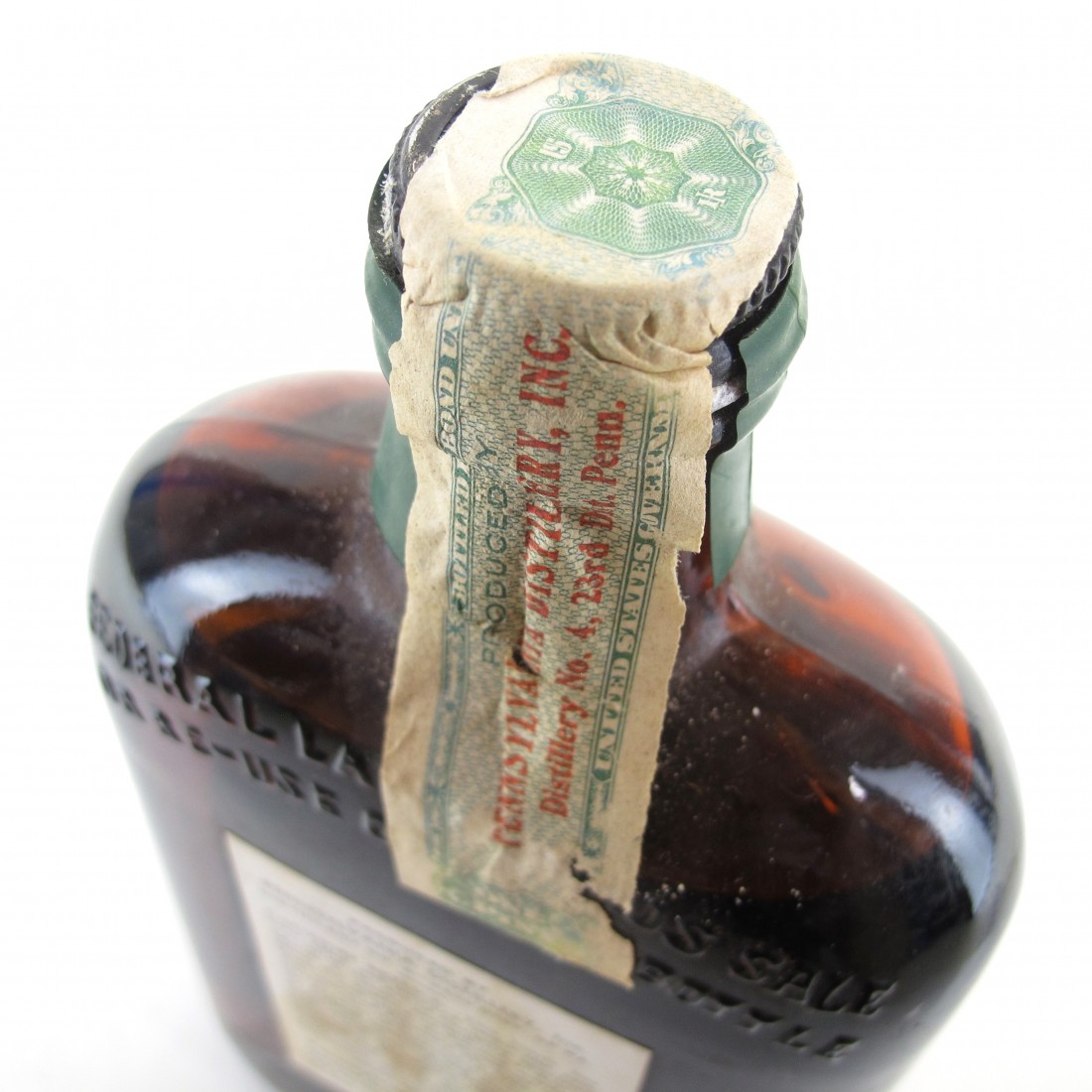 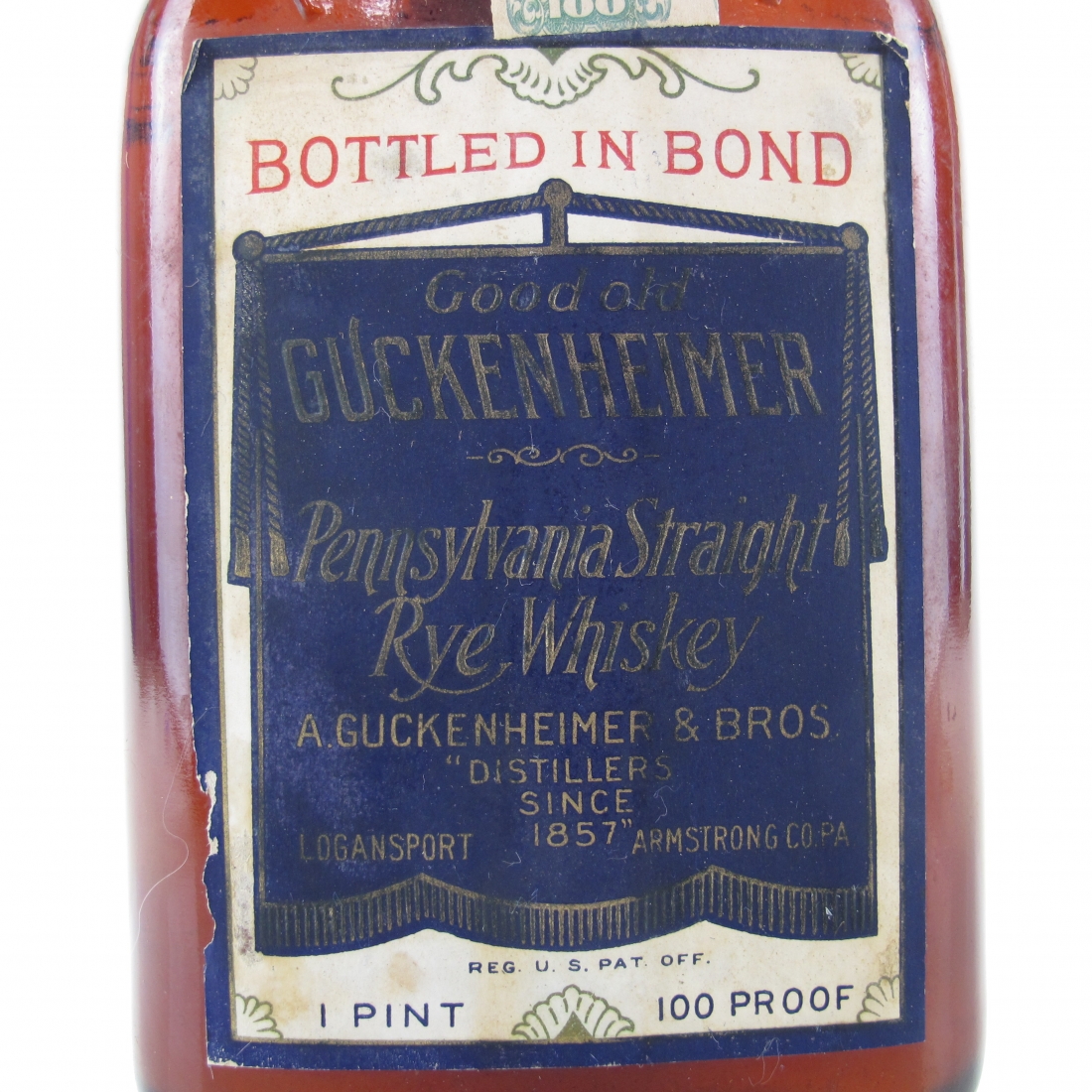 A bottle of Good Old Guckenheimer, distilled during Prohibition in the US in 1931. Prohibition had banned the production and consumption of alcohol there since 1920, however a select number of distilleries were permitted to continue making whiskey for medicinal purposes. This, distilled at the Guckenheimer Distillery in Logansport by the Pennsylvania Distillery Inc, is some of that whiskey.

Prohibition was repealed in 1933, opening up the whiskey market again. This bottle was one of the first back on the scene, released in 1935. The rye whiskey was bottled in bond by the Pennsylvania Distilling Company at their warehouses in Brooklyn, NY.

The Guckenheimer brand still exists, passing over time from the hands of the Pennsylvania Distillery Company, potentially to Adolph Hirsch (of A.H. Hirsch fame) to Schenley, and finally to Heaven Hill who produce the brand today. 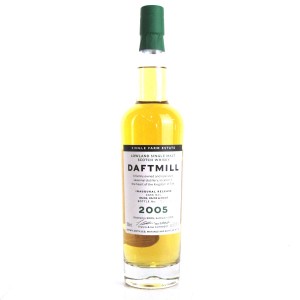 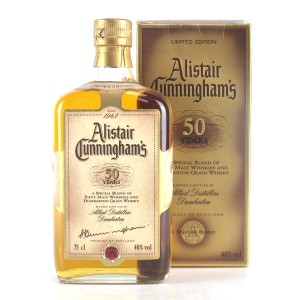 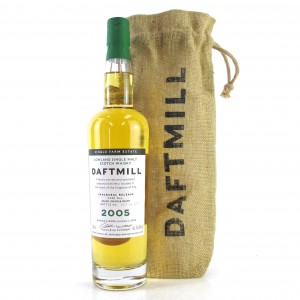 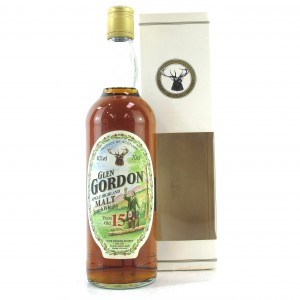