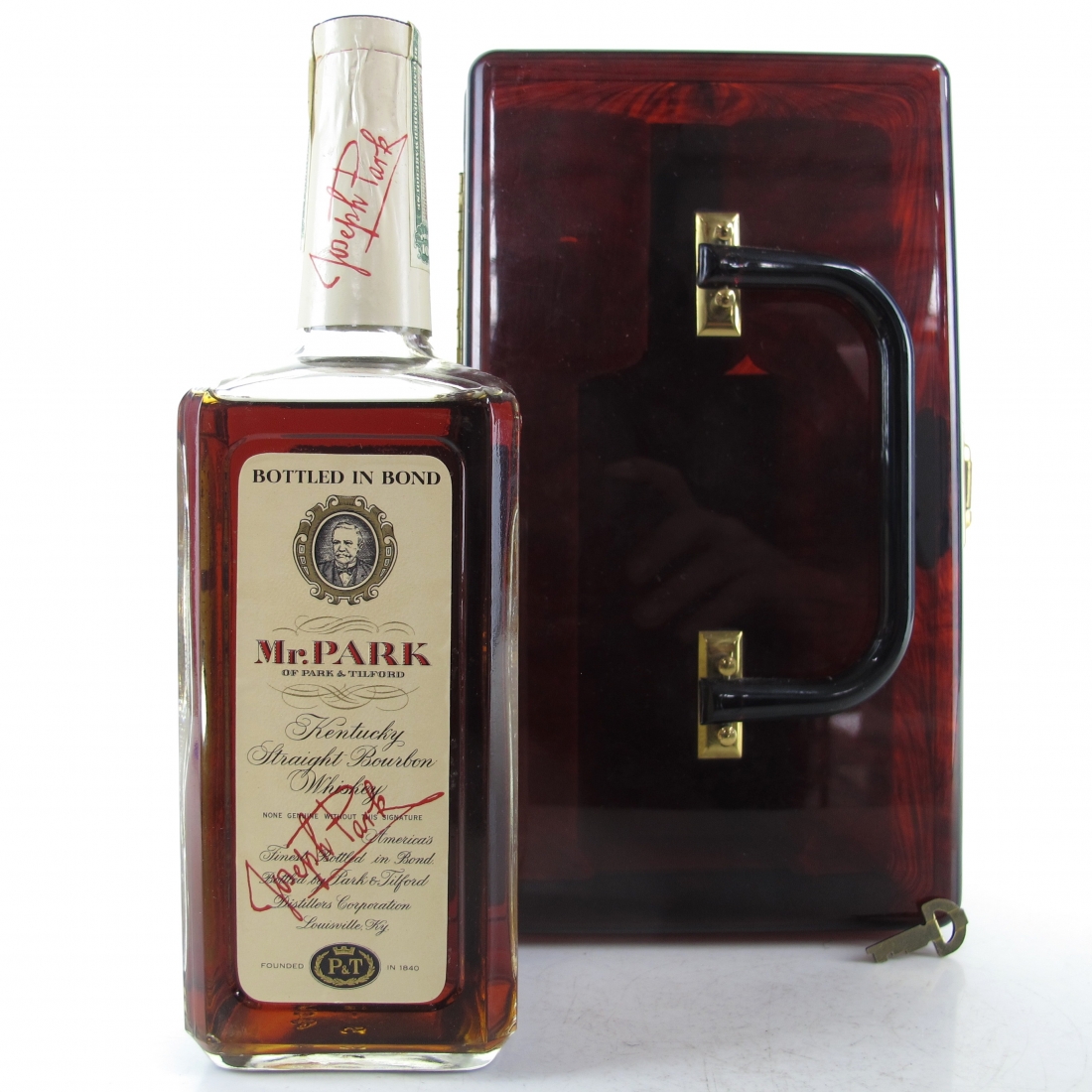 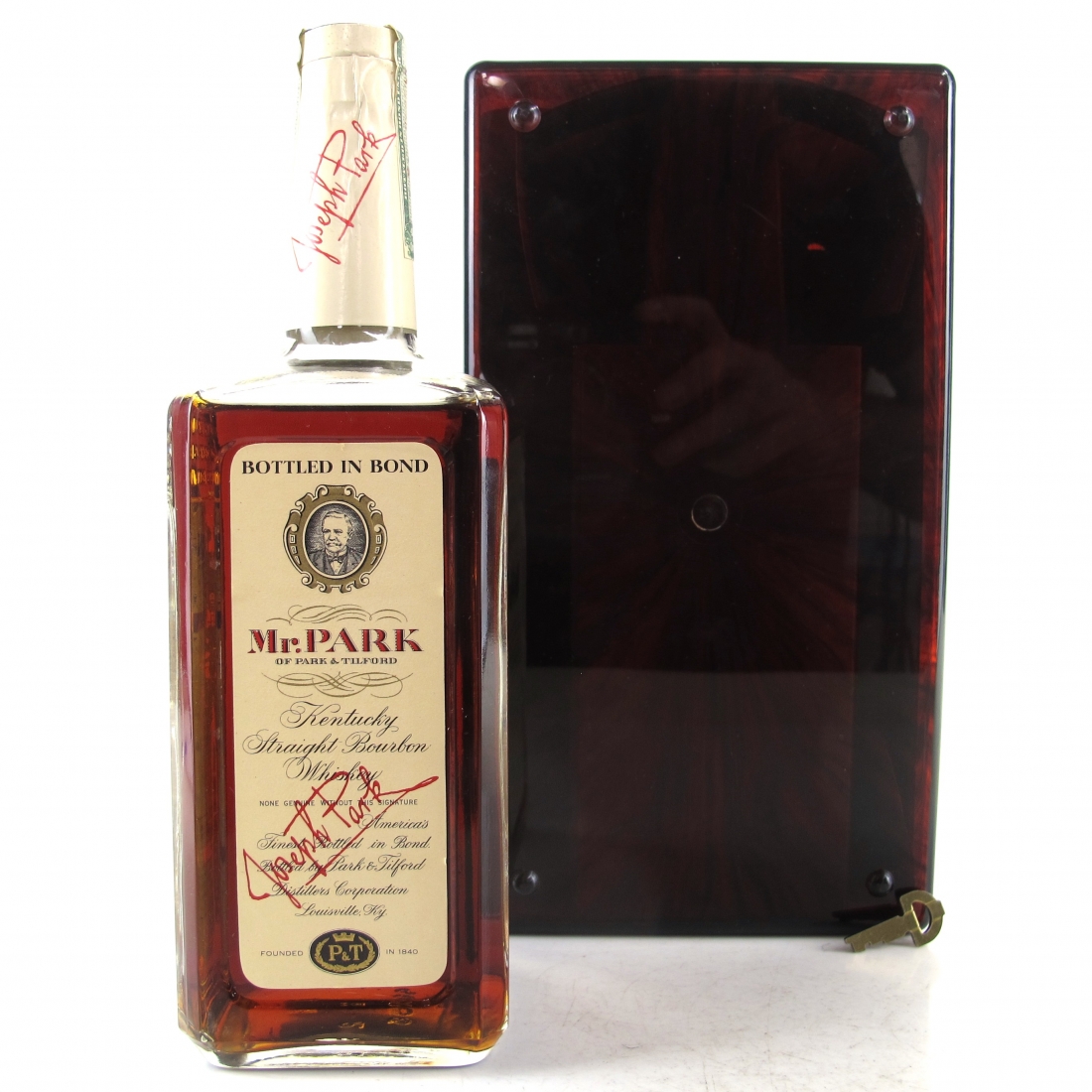 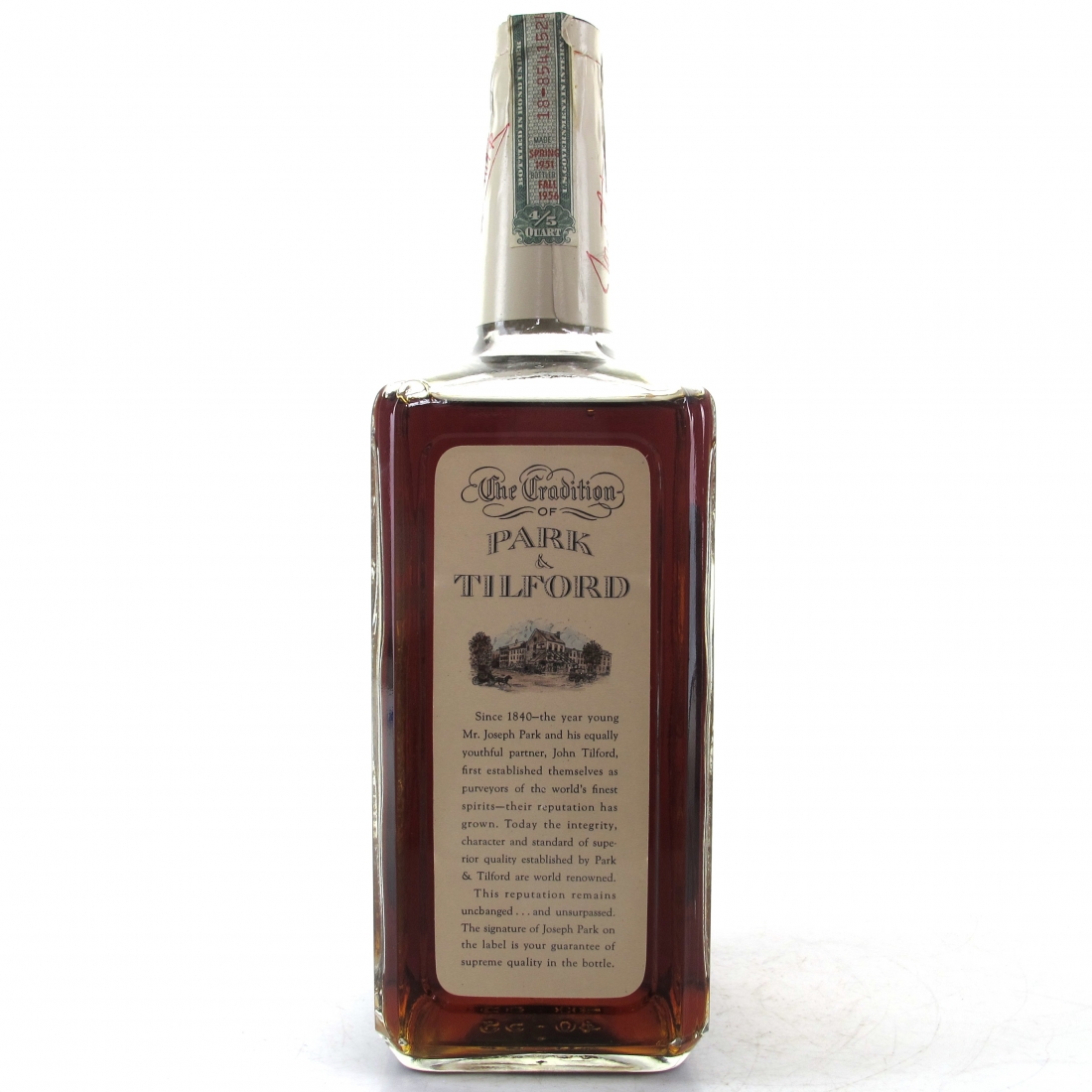 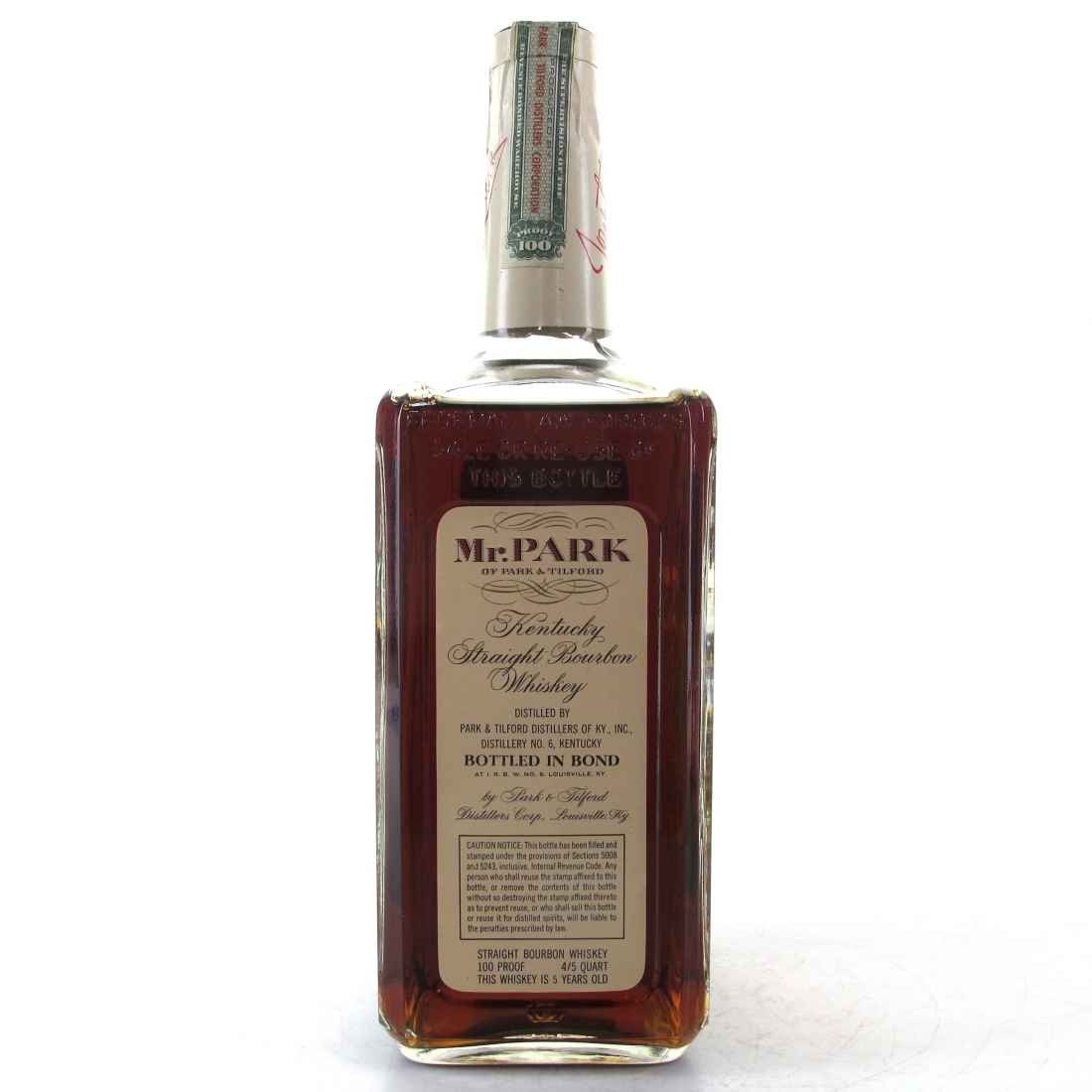 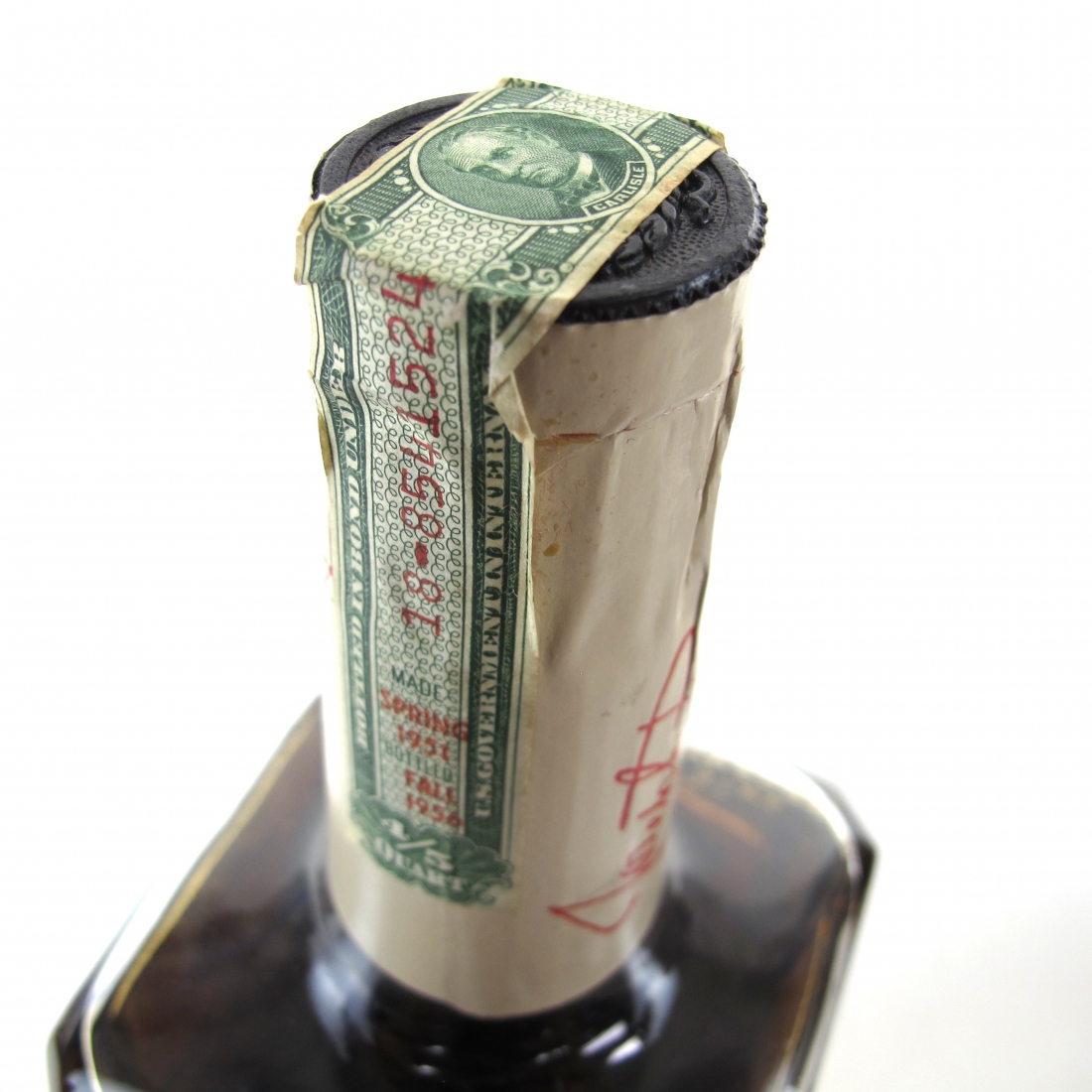 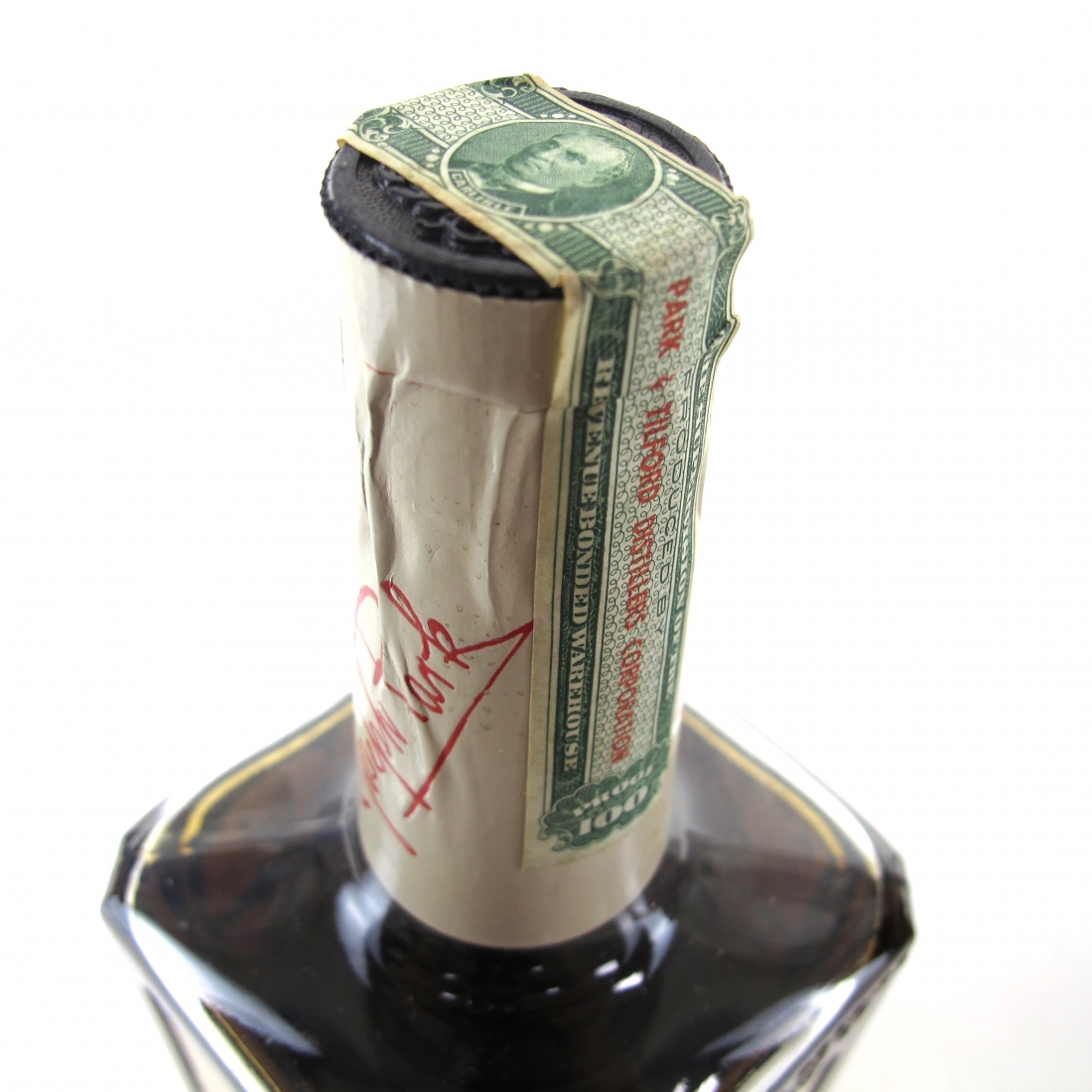 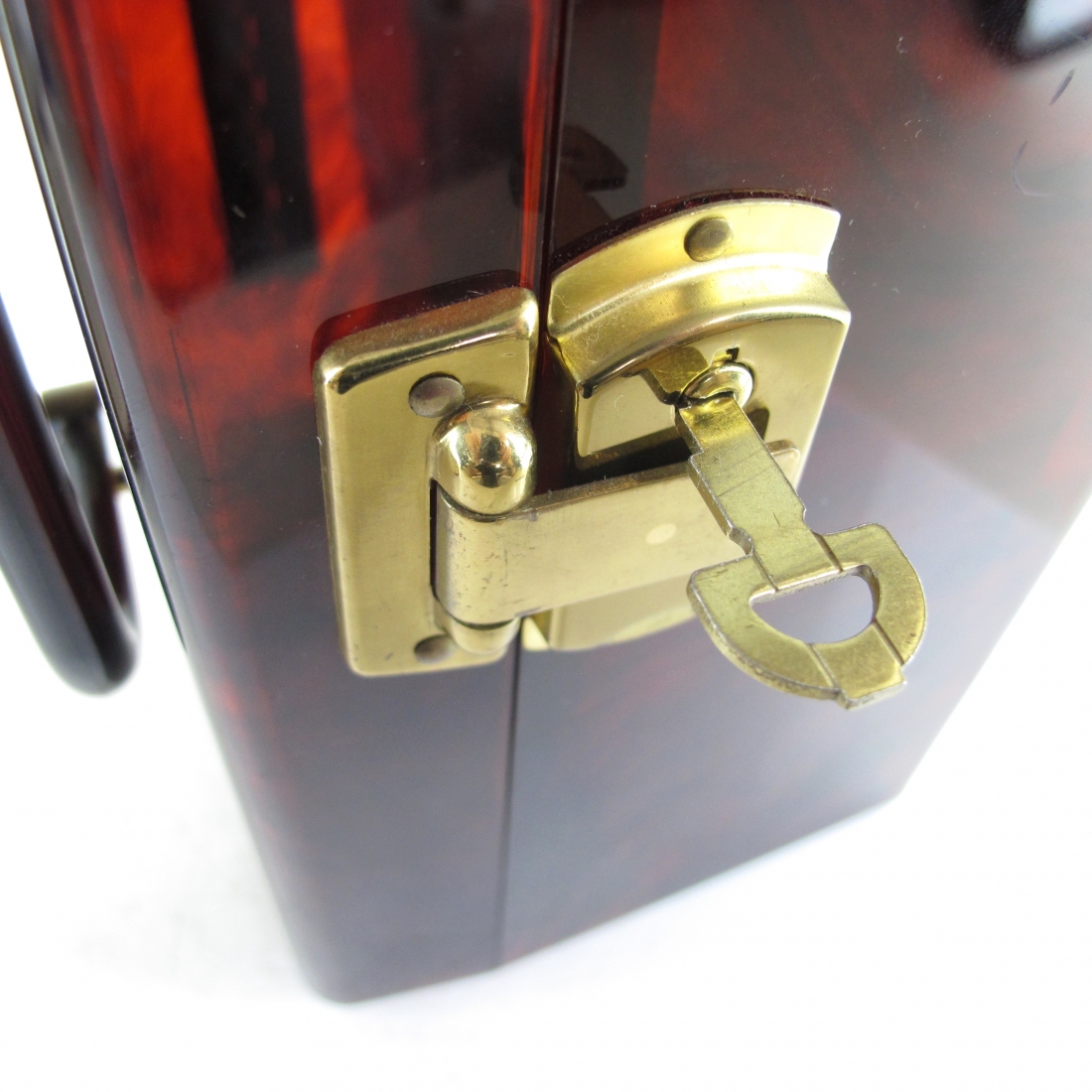 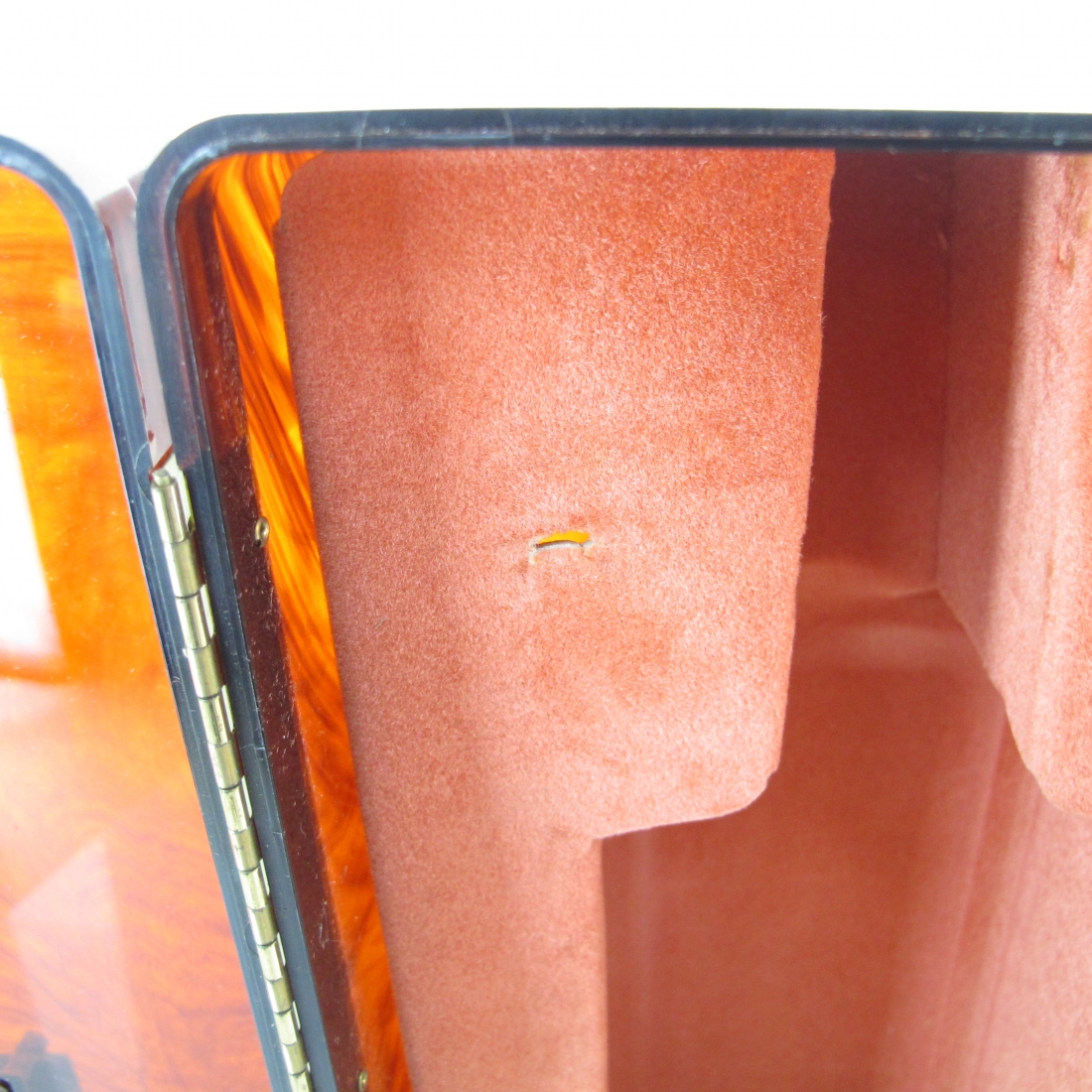 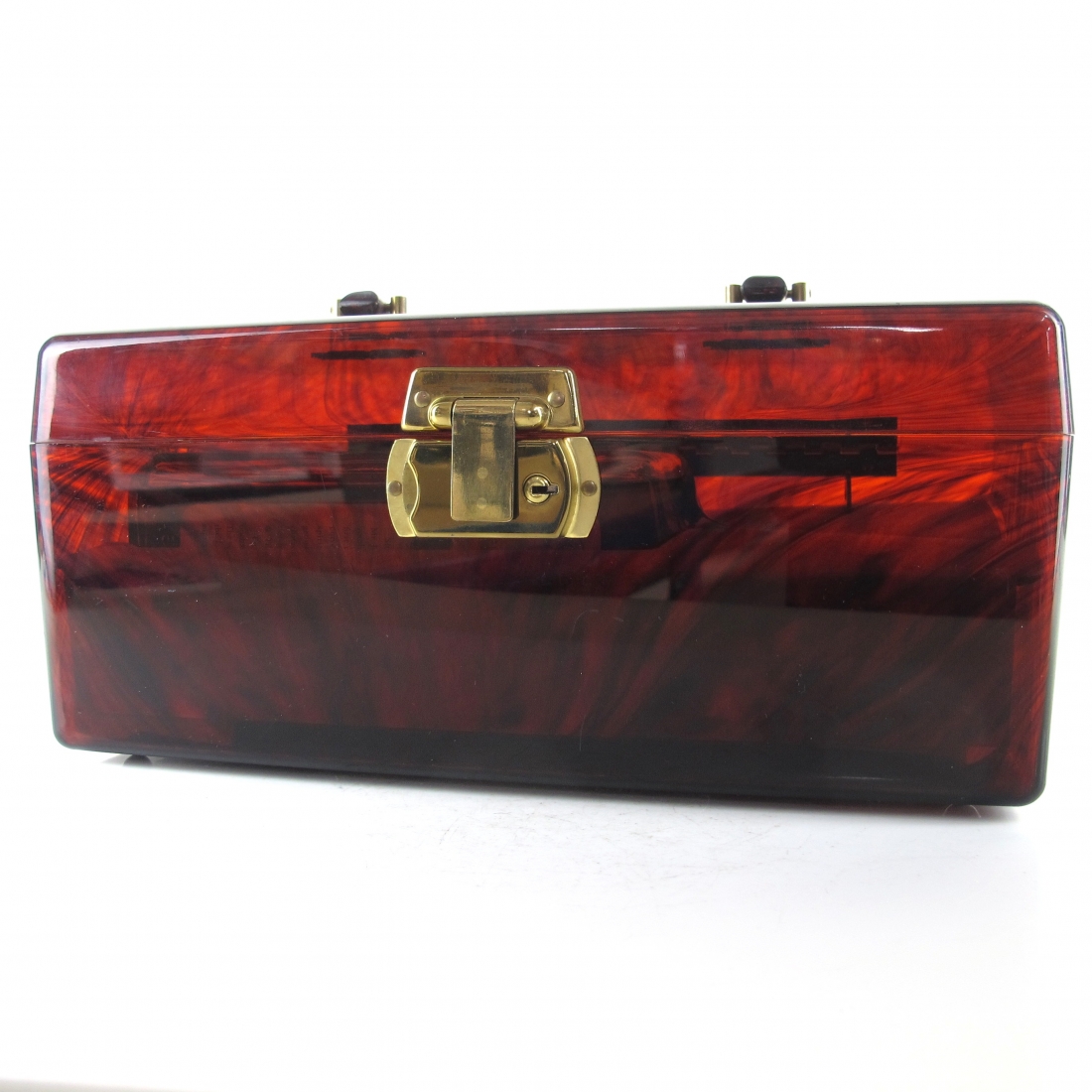 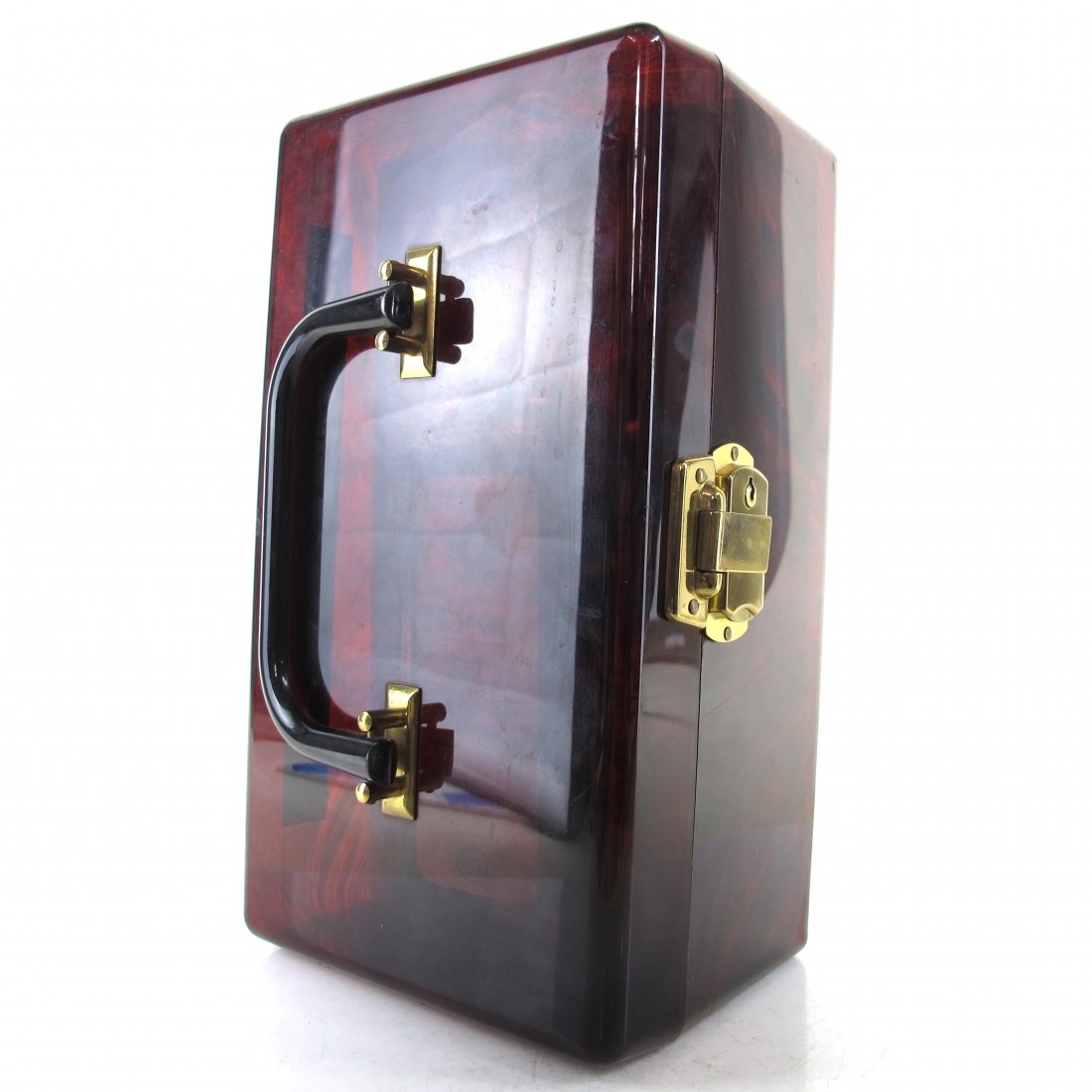 A fascinating 1950's bottling from one of the lesser known bourbon brands. Park & Tilford were established in 1840 and were one of the few companies to survive prohibition, even at one point purchasing Old Overholt and Pennsylvania's Large distillery in 1925, although subsequently surrendering them to the superior financial muscle of the newly formed National Distillers just two years later.

This bottle was distilled in 1951 at the Bonnie Bros distillery in Louisville, KY, which Park and Tilford procured in 1938, resurrecting it from its Prohibition induced closure. It was bottled in bond 5 years later, in 1956.

The bourbon is named Mr. Park, after one half of its eponymous founding duo.

Bottled at 100 proof and presented in a nice lock and key box. 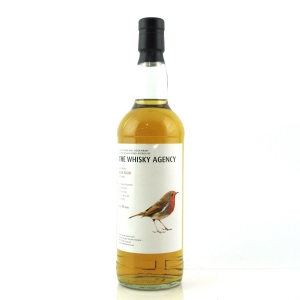 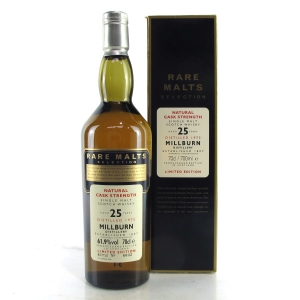 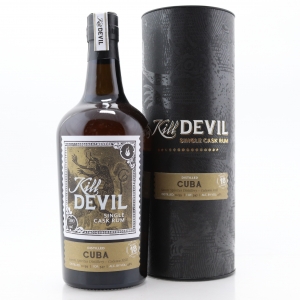 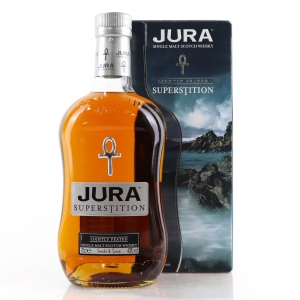