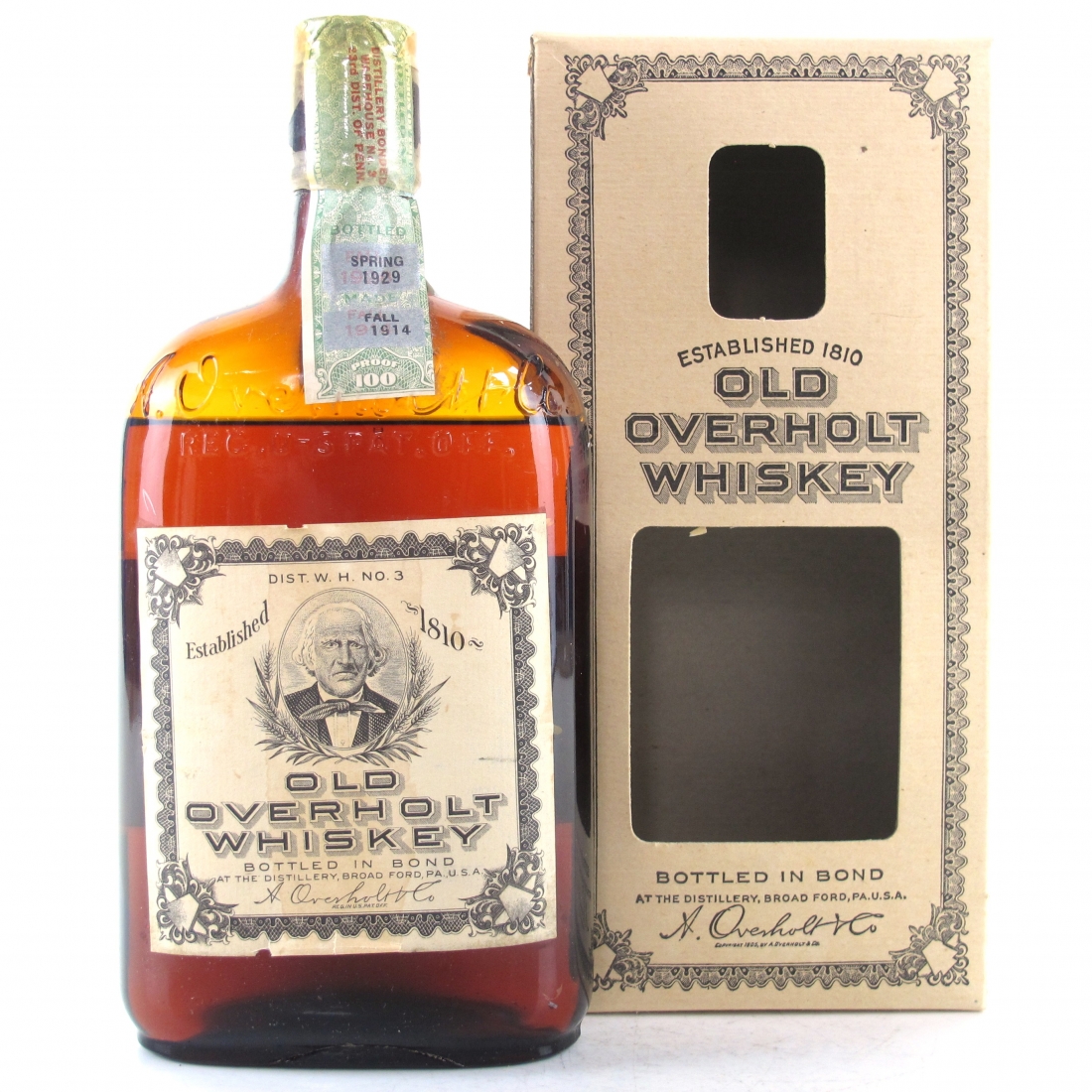 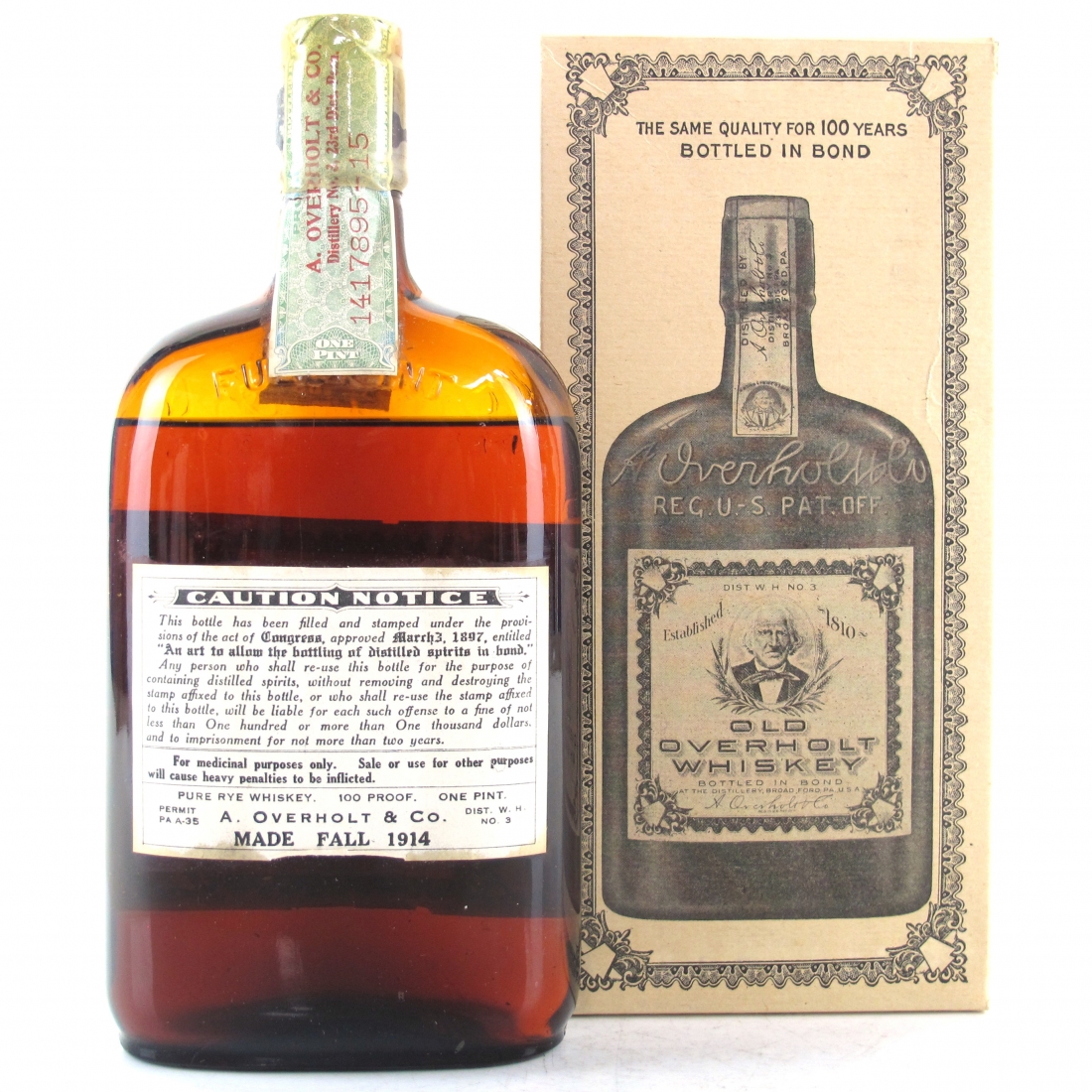 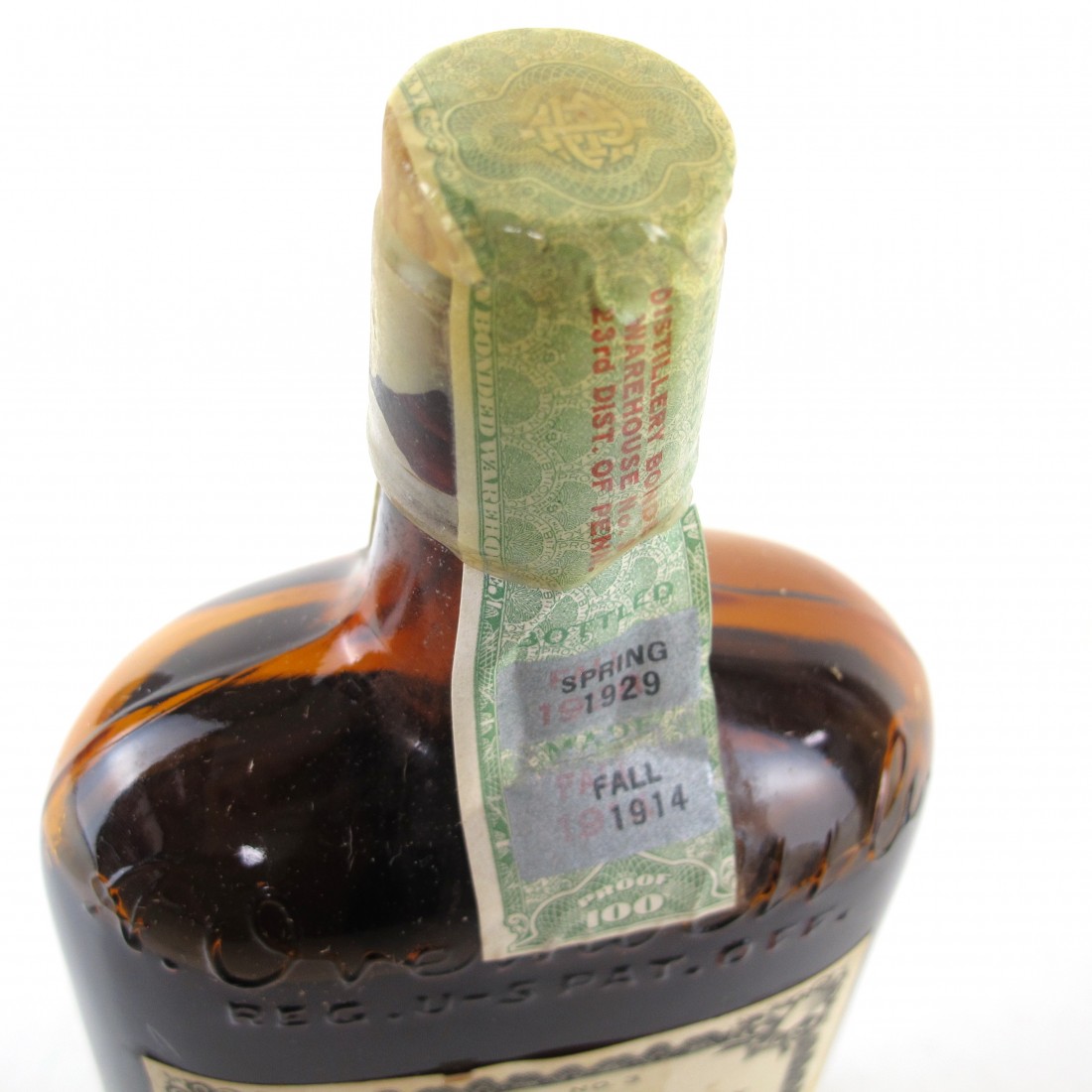 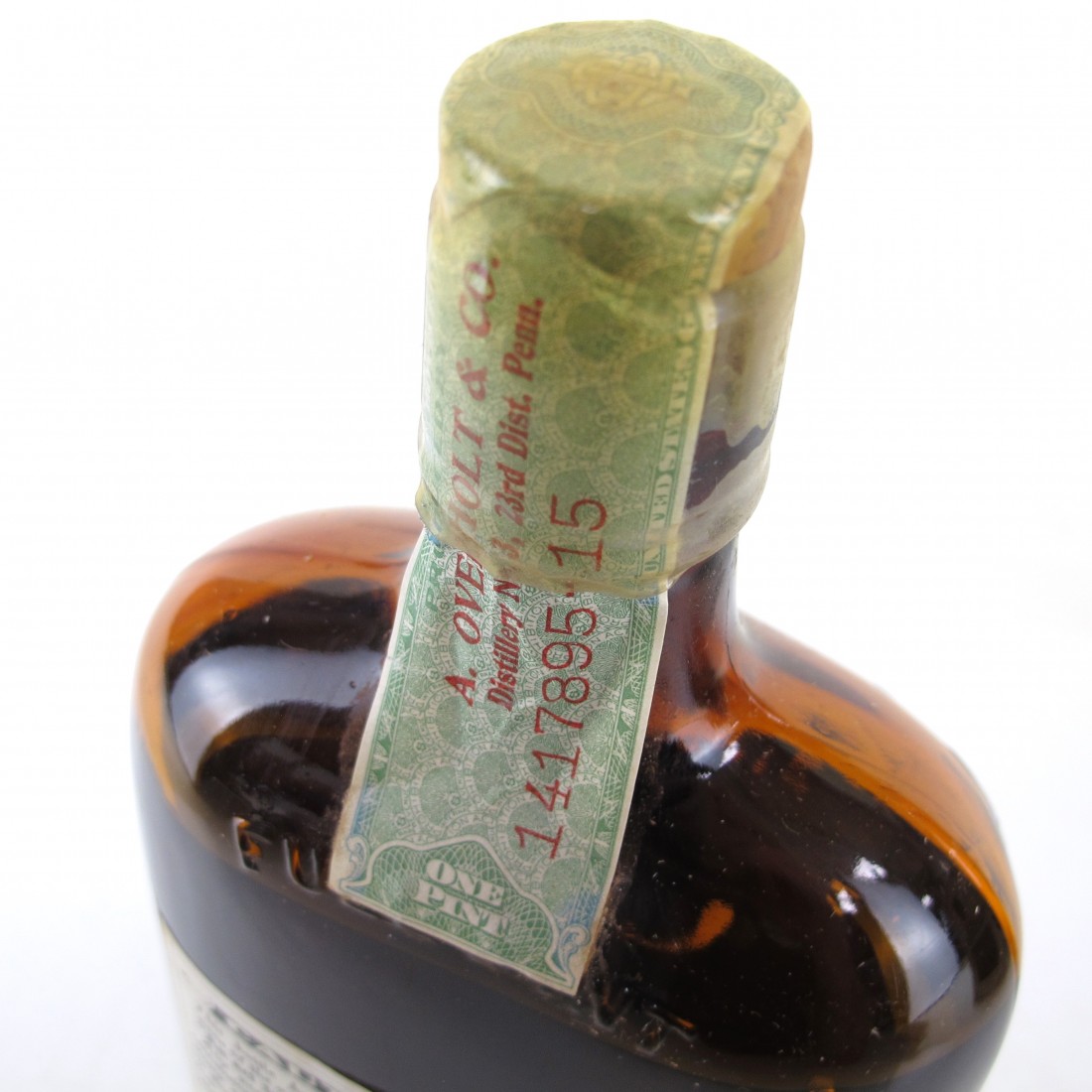 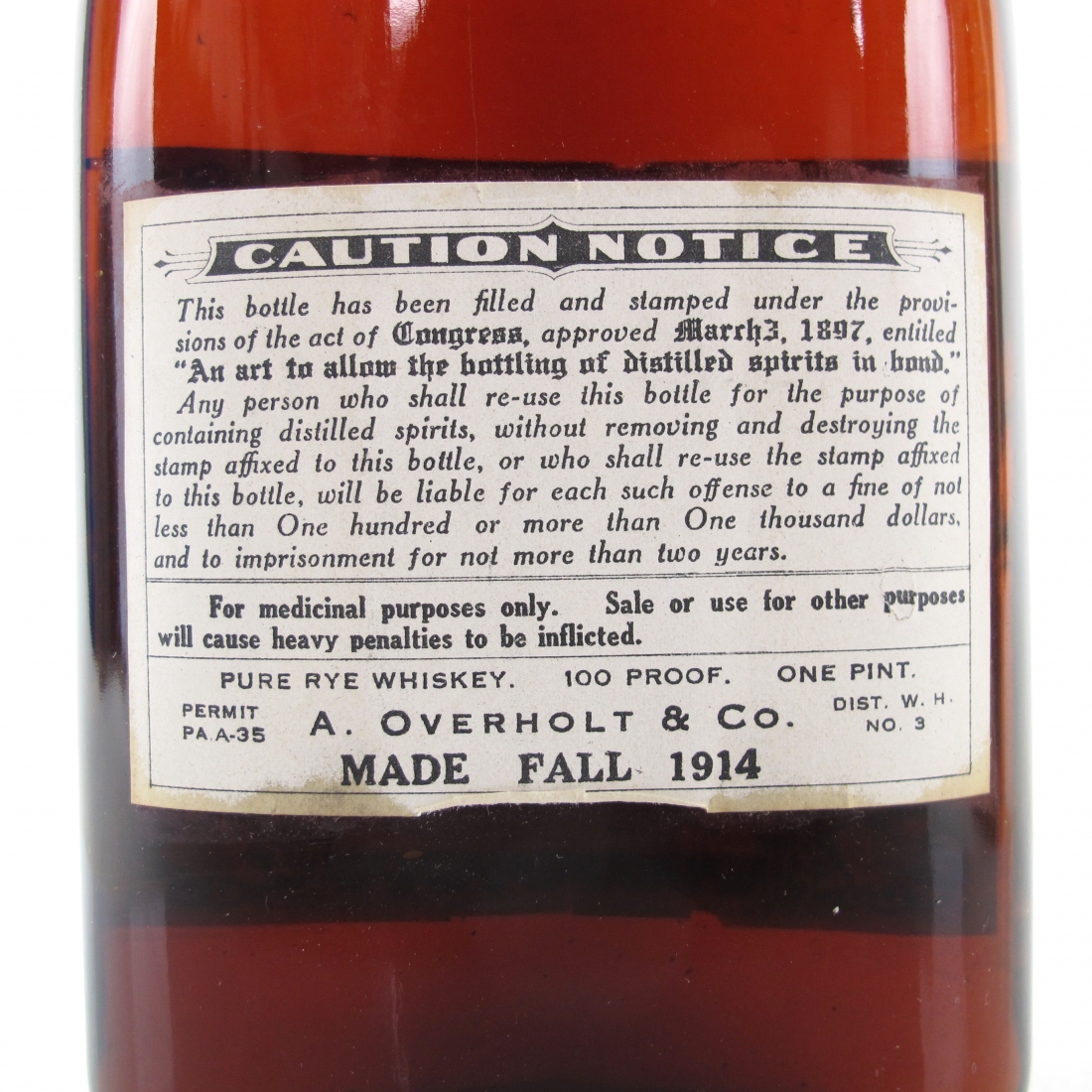 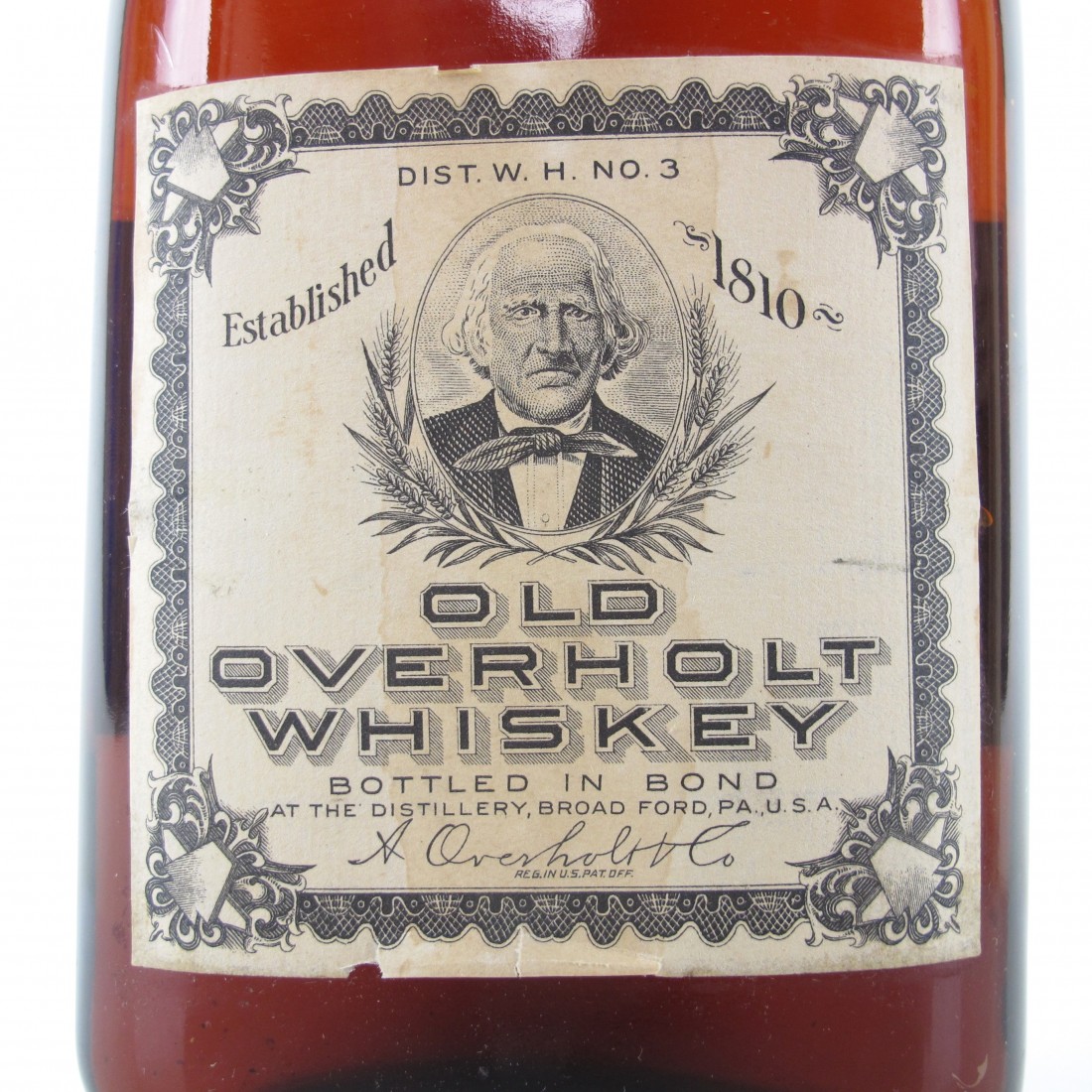 The Old Overholt brand is a legend in the world of American whisky, established all the way back 1810. This bottle was distilled over 100 year later (and over 100 years ago!) in 1914 at West Overton distillery in Pennsylvania. The Rye whisky was then bonded at the distillery, where it was stored and, thankfully, protected from the Prohibition Act of 1920 which banned all production and consumption of the alcohol in the US for the next 13 years.

As it turns out, Overholt distillery owner, Andrew Mellon was a close friend of Warren G. Harding, then secretary of the Treasury, a connection that provided him with a license to continue selling "medicinal" whiskey during Prohibition. This whiskey was bottled in bond at the distillery warehouses in 1929.

Prohibition did however cause the original West Overton distillery to cease production, and with stocks running out, the brand was sold to National Distillers in 1932. Previously known as the American Medicinal Spirits Company, National Distillers were consolidating interests in as much of the industry as possible, with the repeal of Prohibition expected the following year.

Old Overholt still exists today, produced alongside Old-Grandad by Jim Beam, who acquired both of 'The Olds' from National Distillers in 1987. 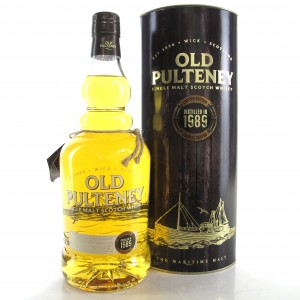 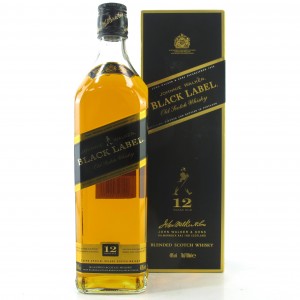 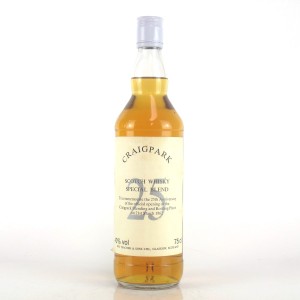 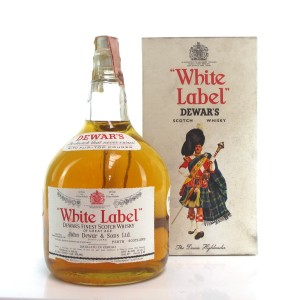