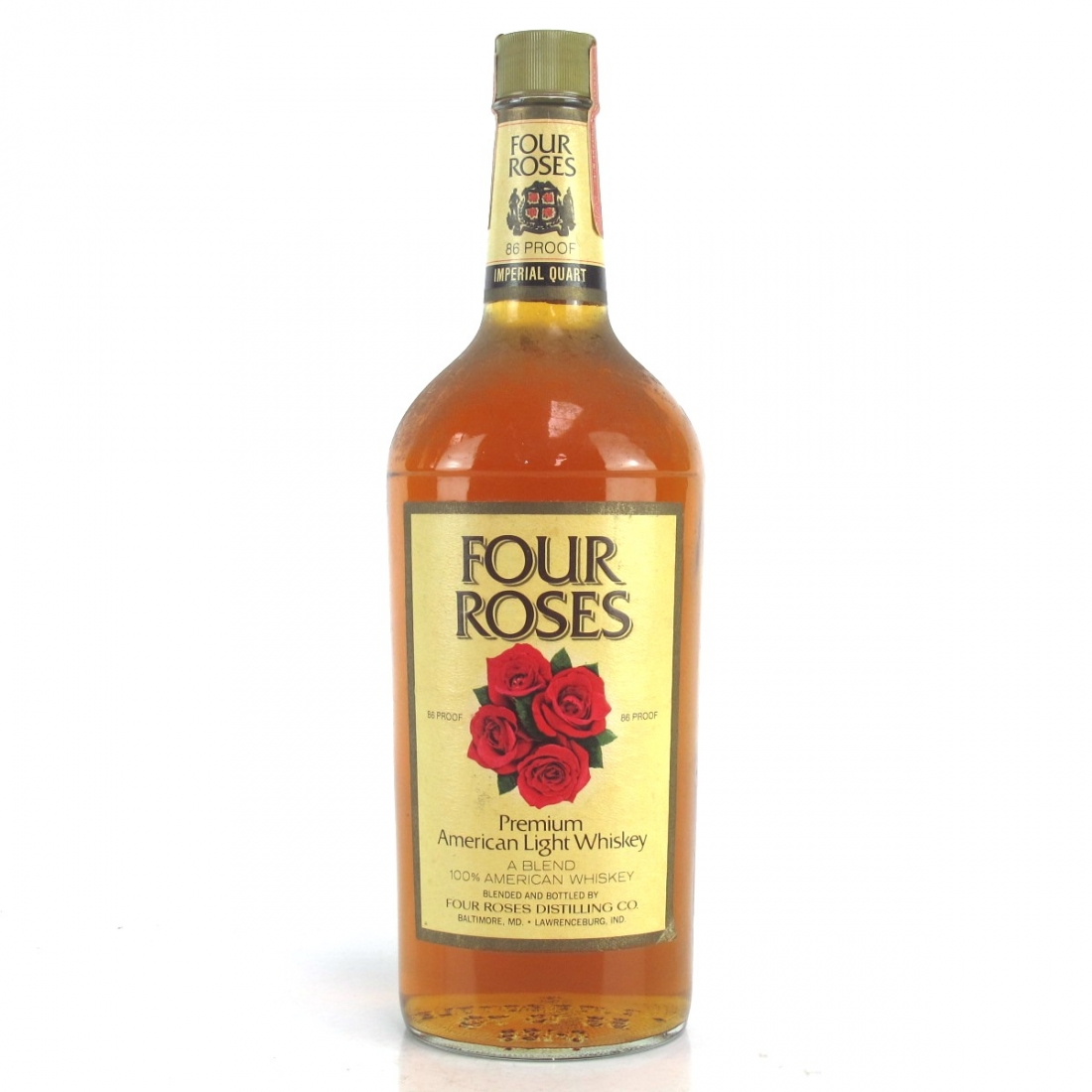 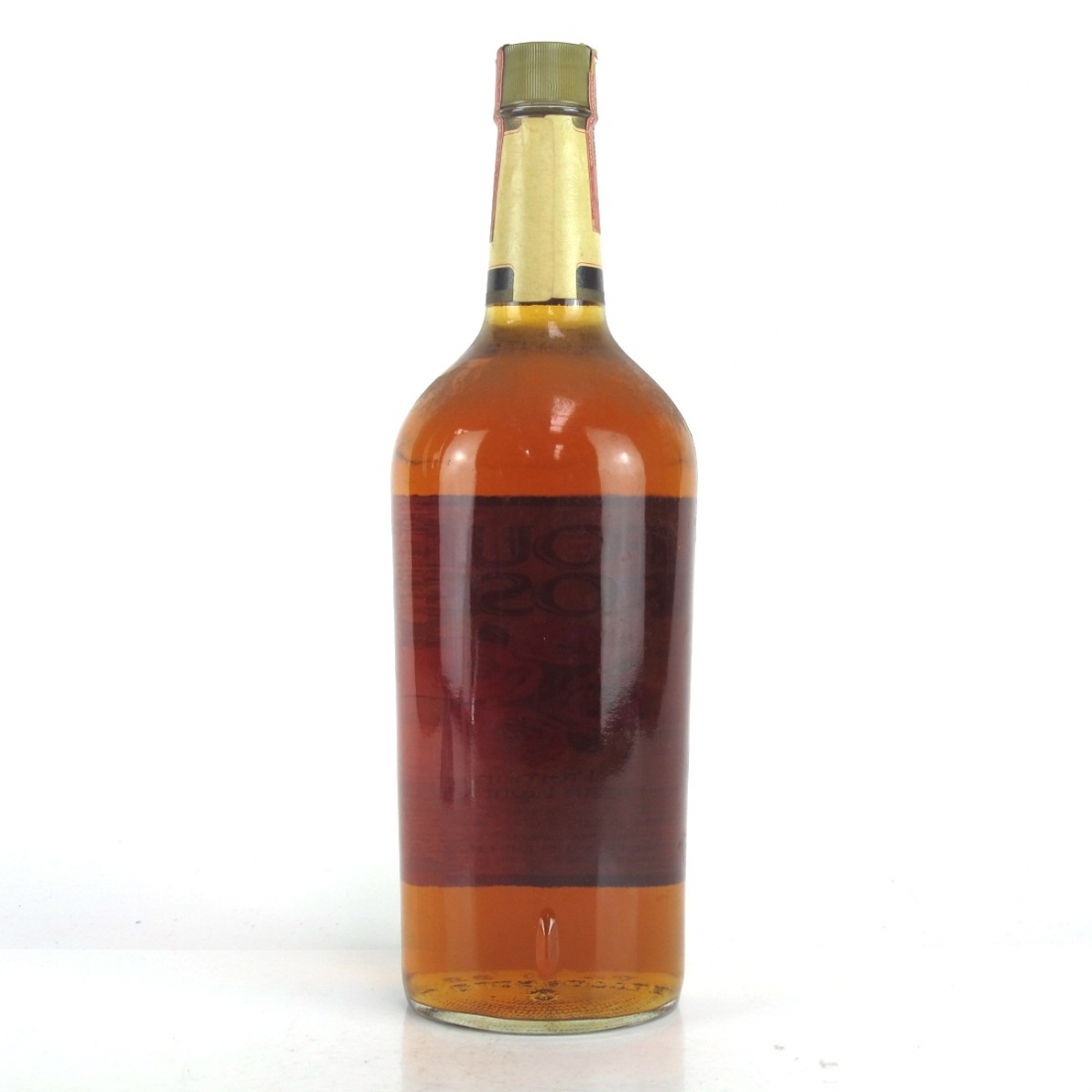 An older 1 quart size bottling of Four Roses dating from the mid-1970's.

At this point Four Roses straight bourbon was unavailable in the US market and was produced exclusively for export, primarily the Japanese market. Instead, Seagram's produced this blended "Light Whiskey" for its American consumers. This was produced and bottled at a combination of their Dundalk distillery in Maryland, and their famous Indiana distillery, nowadays known as MGP. 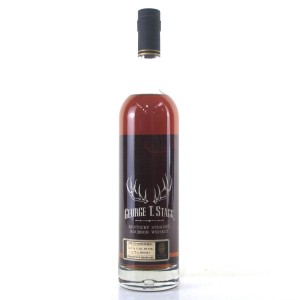 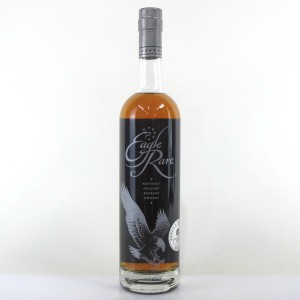 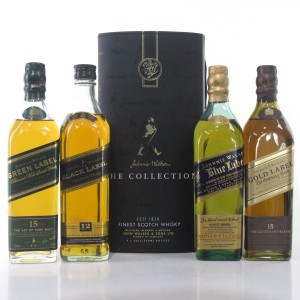 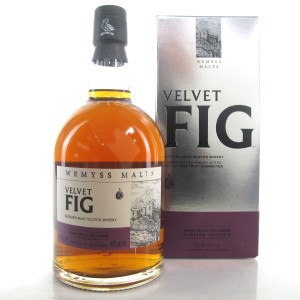