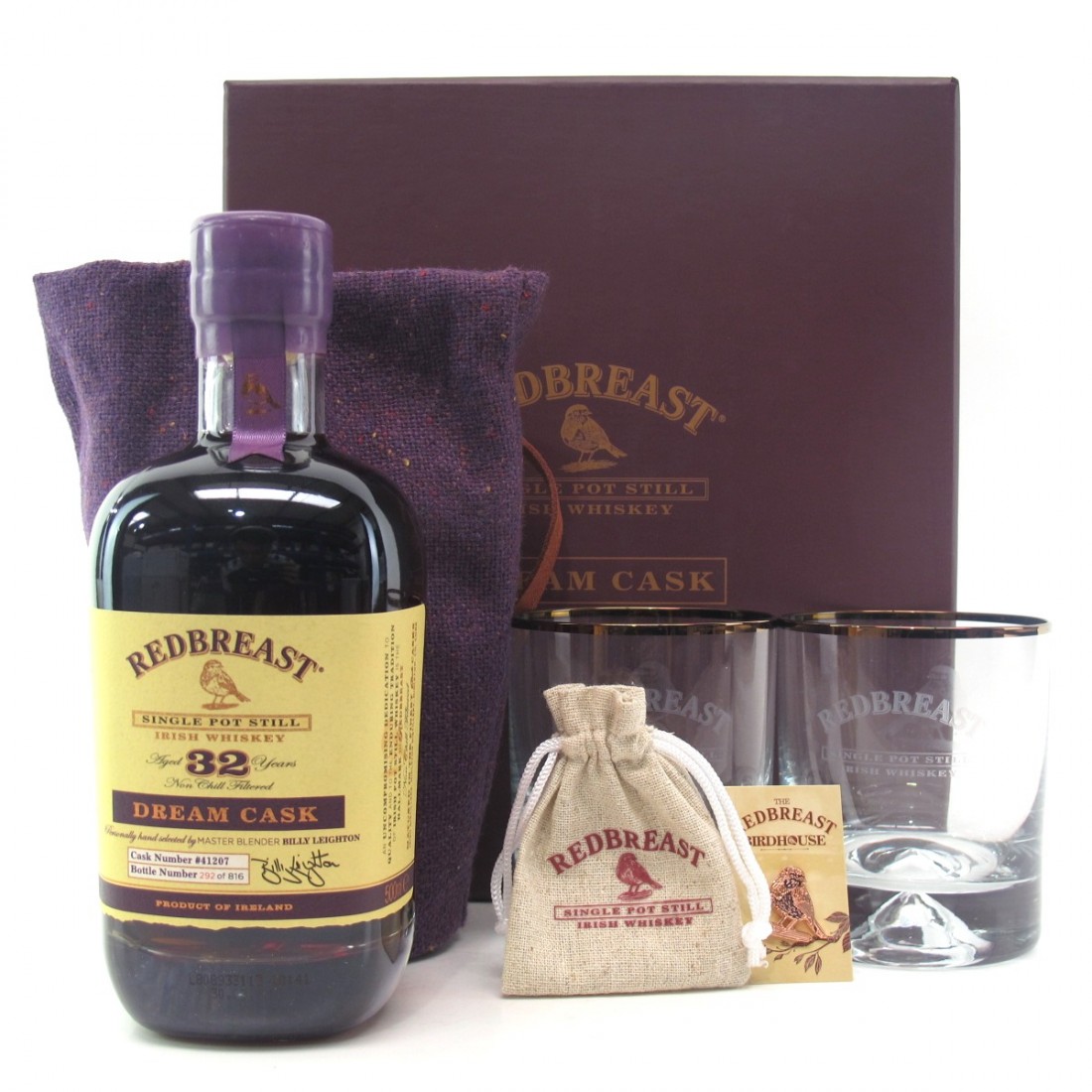 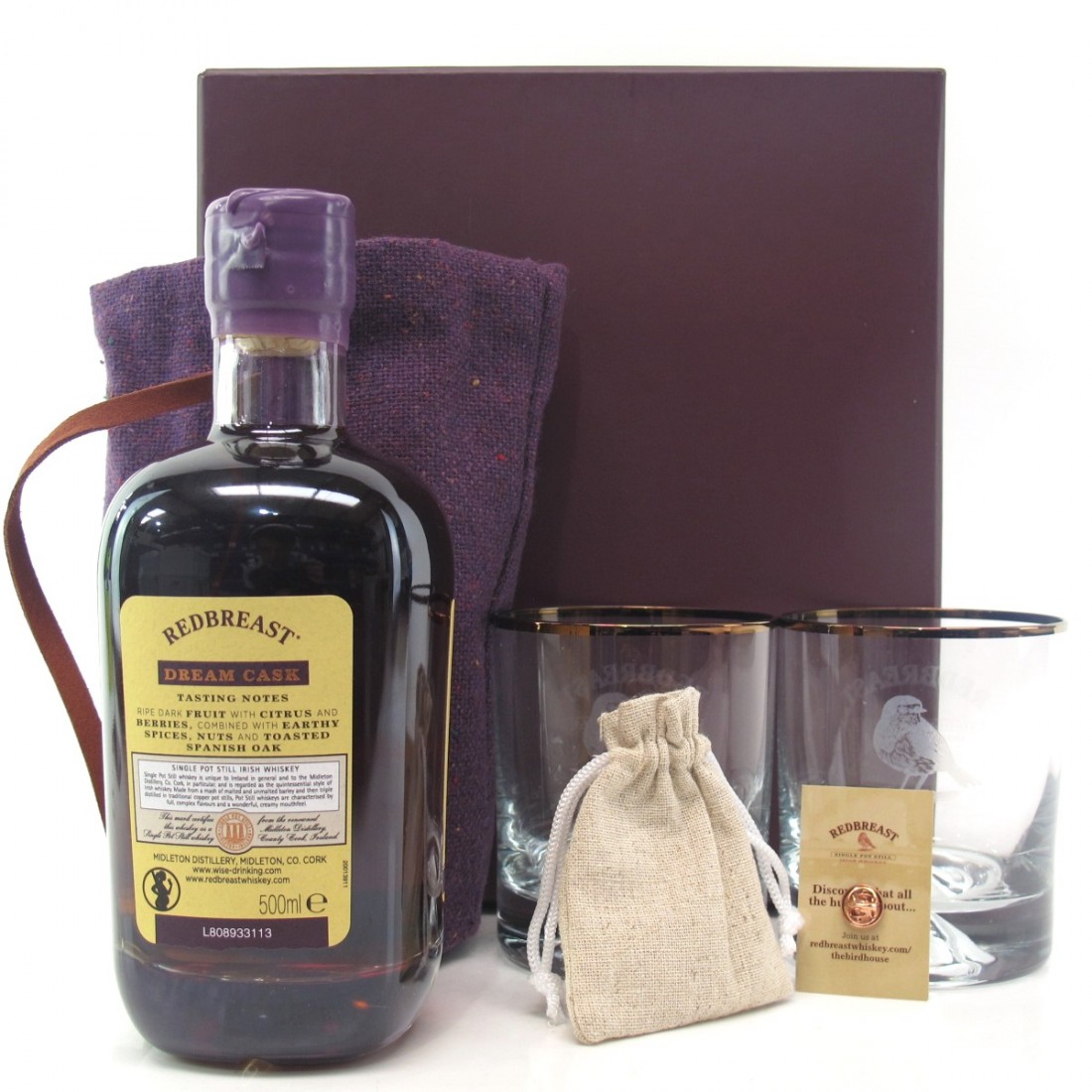 In presentation box with two branded tumblers and badge.