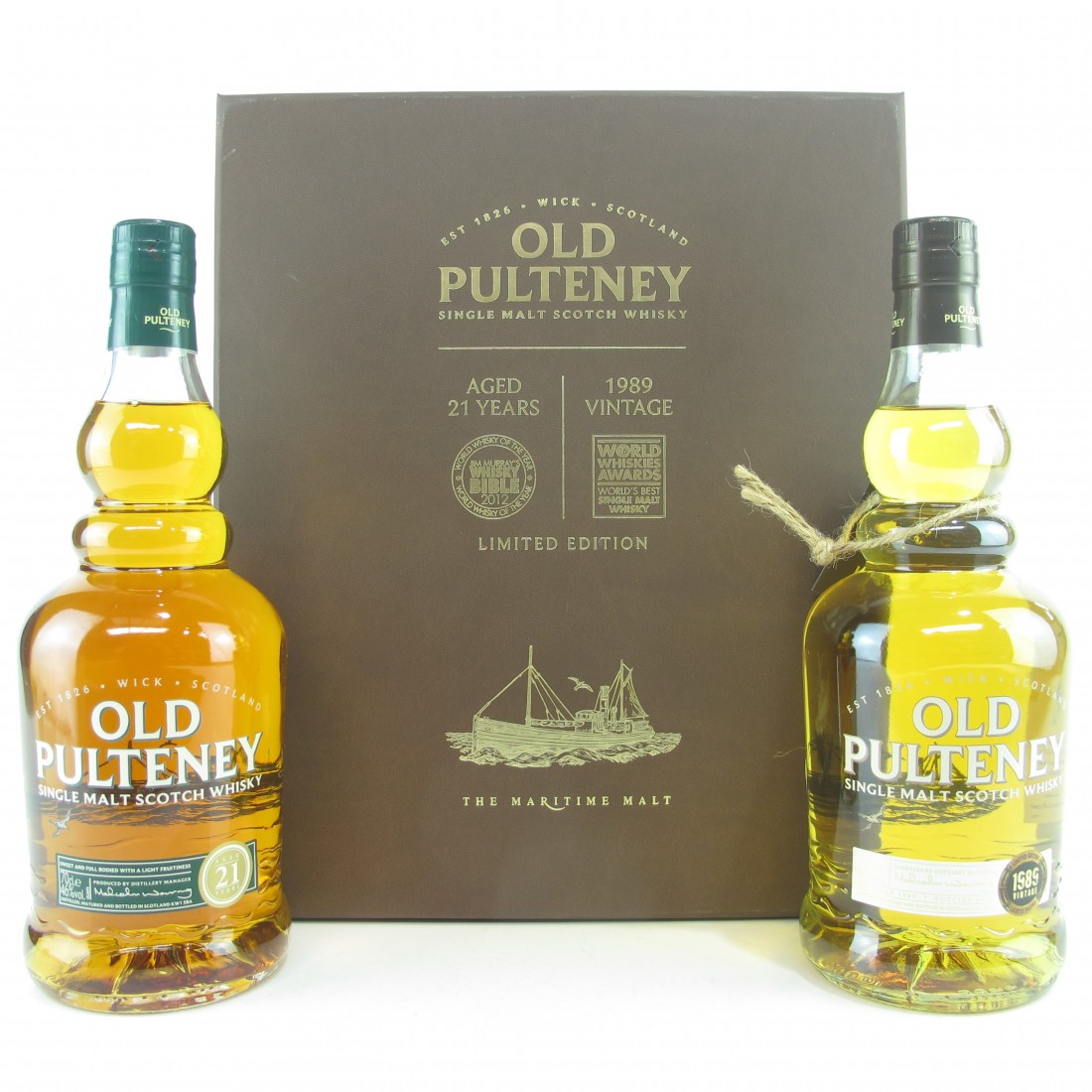 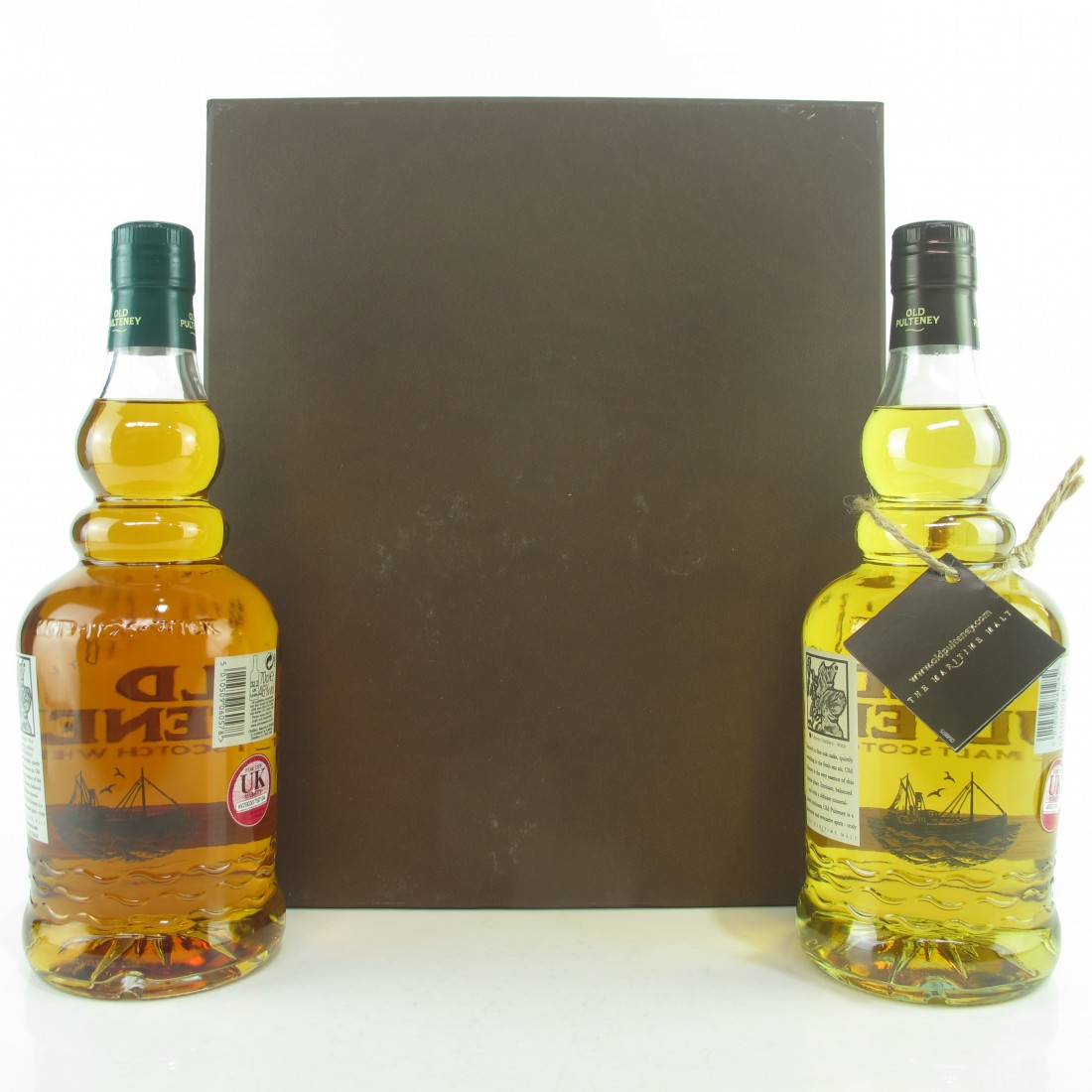 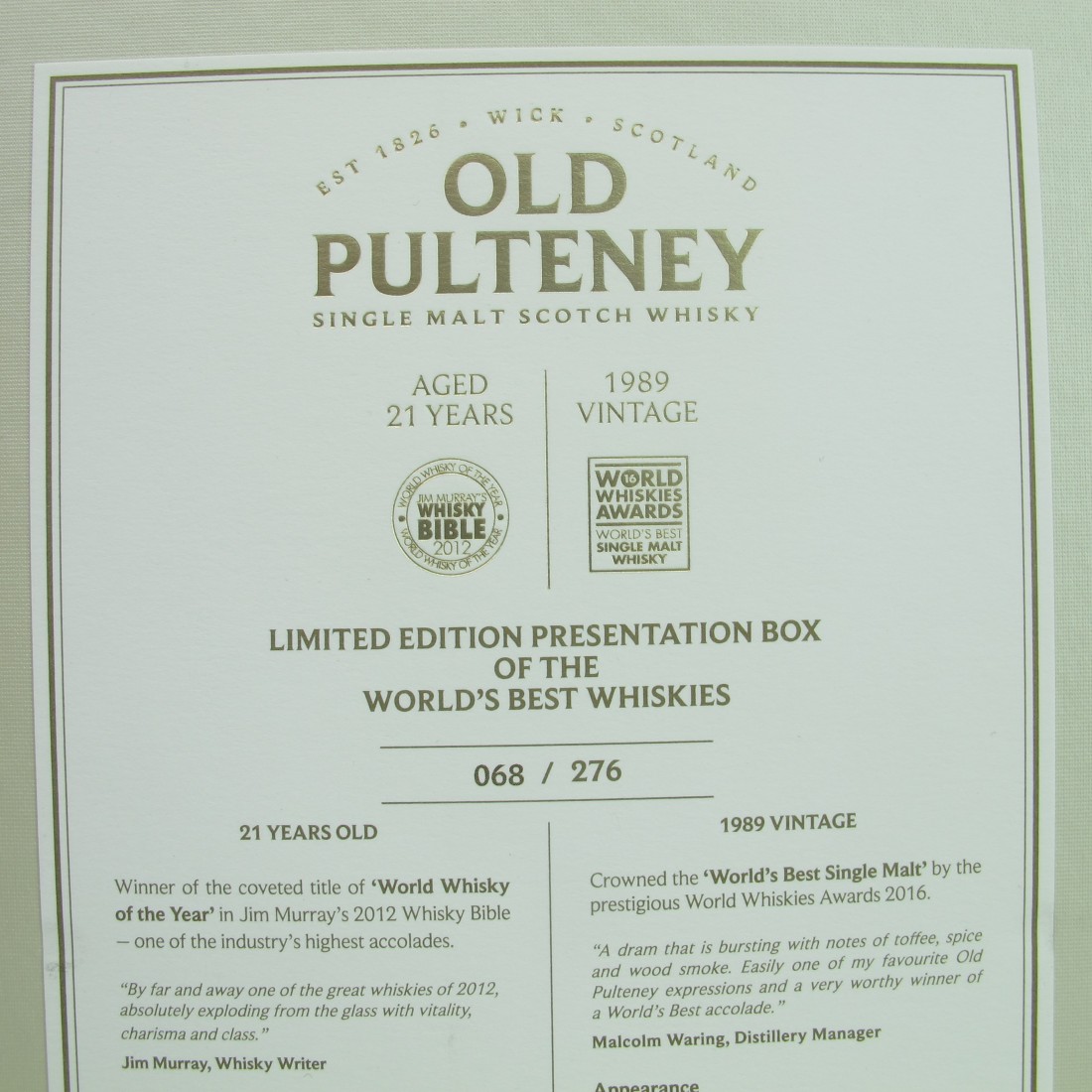 Jim Murray named Old Pulteney 21 Year Old as his World Whisky of the Year in 2012, whilst the 1989 Vintage (bottled 2015) won the World's Best Single Malt award at the World Whiskies Awards in 2016.