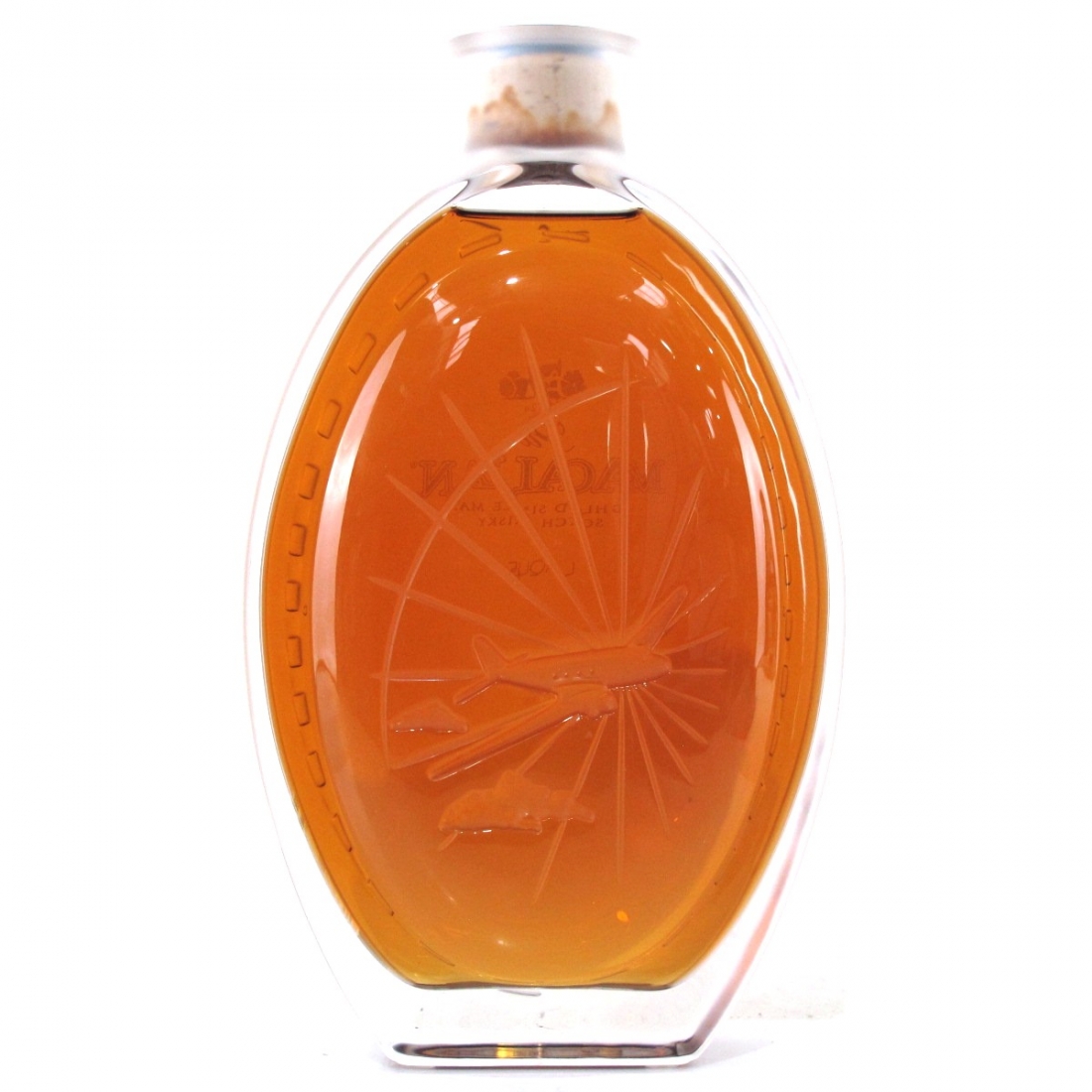 This is the second release in Macallan's collaborative series with Lalique, the Golden Age of Travel. The famous Speyside distillery and the historic French crystal maker have worked together in the past, however never on such a grand scale as this.

The series will comprise of three stunning glass decanters, each celebrating a different mode of classic 1930's travel. Alongside this, the Aeroplane, is the Steam Train and the Ocean Liner, with two more set to be released in 2018 and 2019. First launched in 2015, the range is exclusive to Travel Retail.

The Aeroplane was the second release, and contains an incredible pre-war vintage Macallan, distilled all the way back in 1937. The whisky was first bottled in 1972, however remaining stocks of this spectacular 35 year old were re-bottled in 2016 as Macallan sought a liquid worthy of this decadent release.

The crystal decanter is presented in a luxurious leather suitcase style box. The decanter has an ornate Aeroplane design and frosted edges. The set is completed by an elegant replacement decanter stopper.