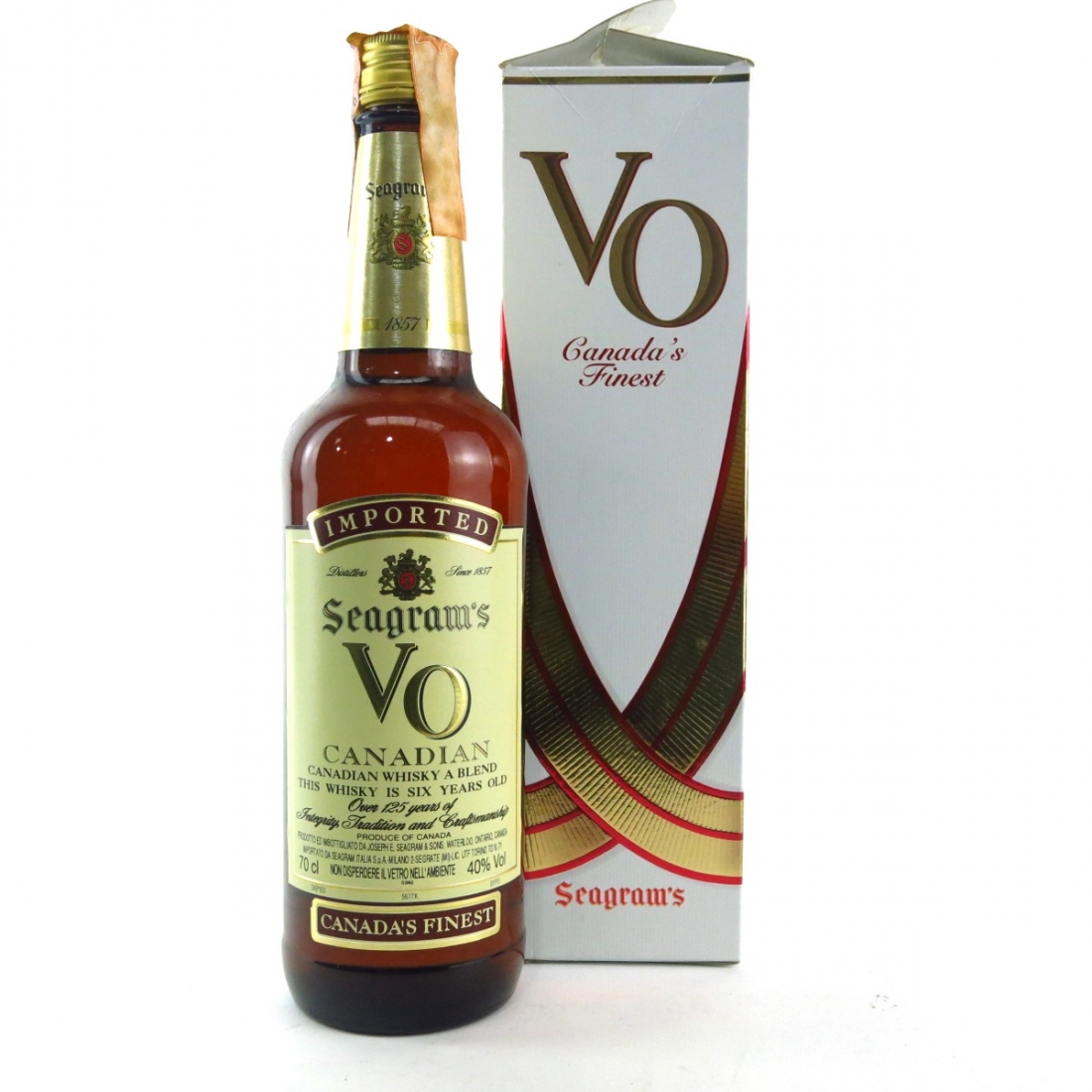 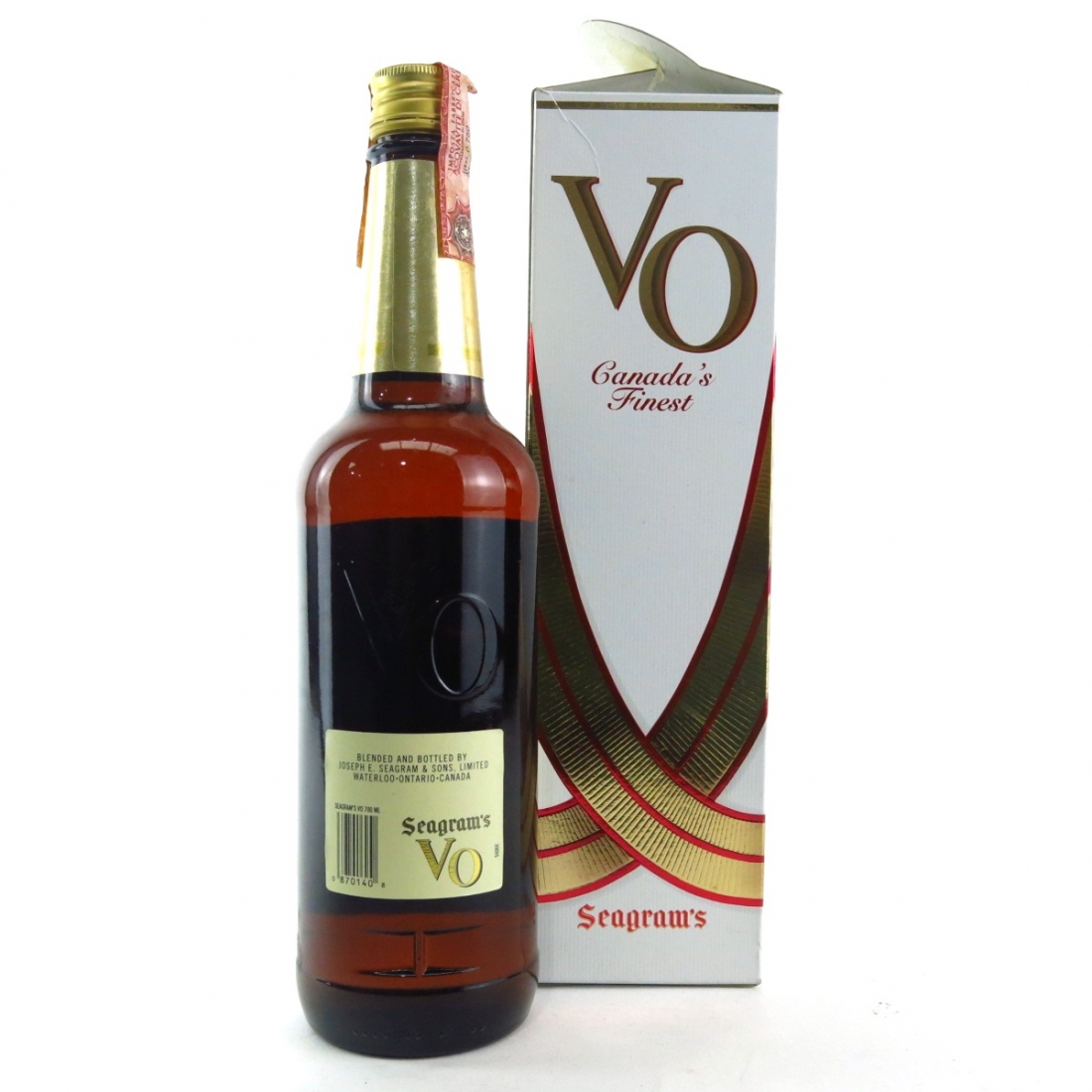 Seagram's were one of the "big 4" American whisky companies who dominated the post-Prohibition market, alongside National Distillers, Schenley and Hiram Walker. They operated up until an ill-judged foray into the entertainment industry lead to their disccolution in the early 2000's.

The site of Seagram's Waterloo distillery, where this was produced, was shut down and converted into the Seagram Museum in 1984, dating this to the early 1980s.