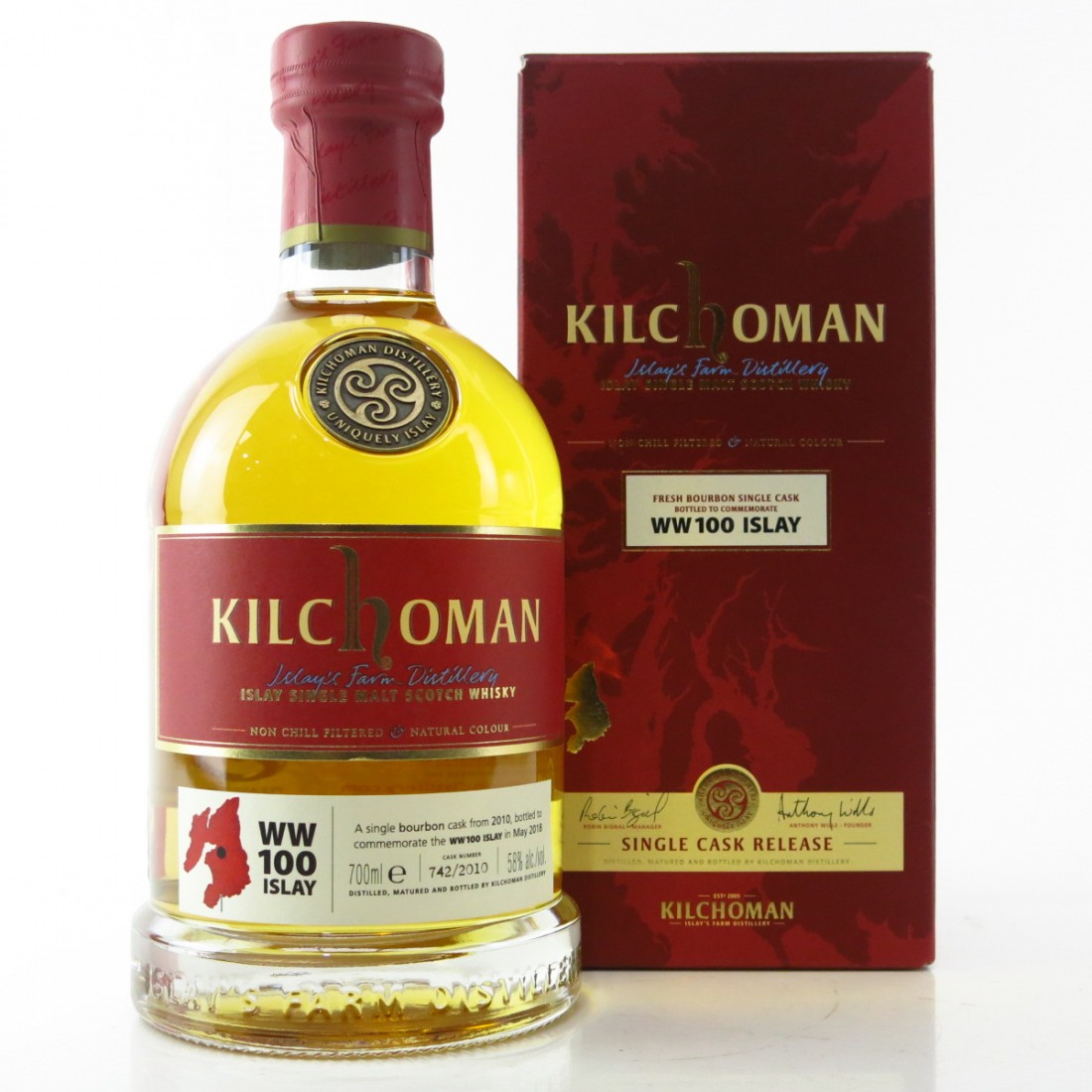 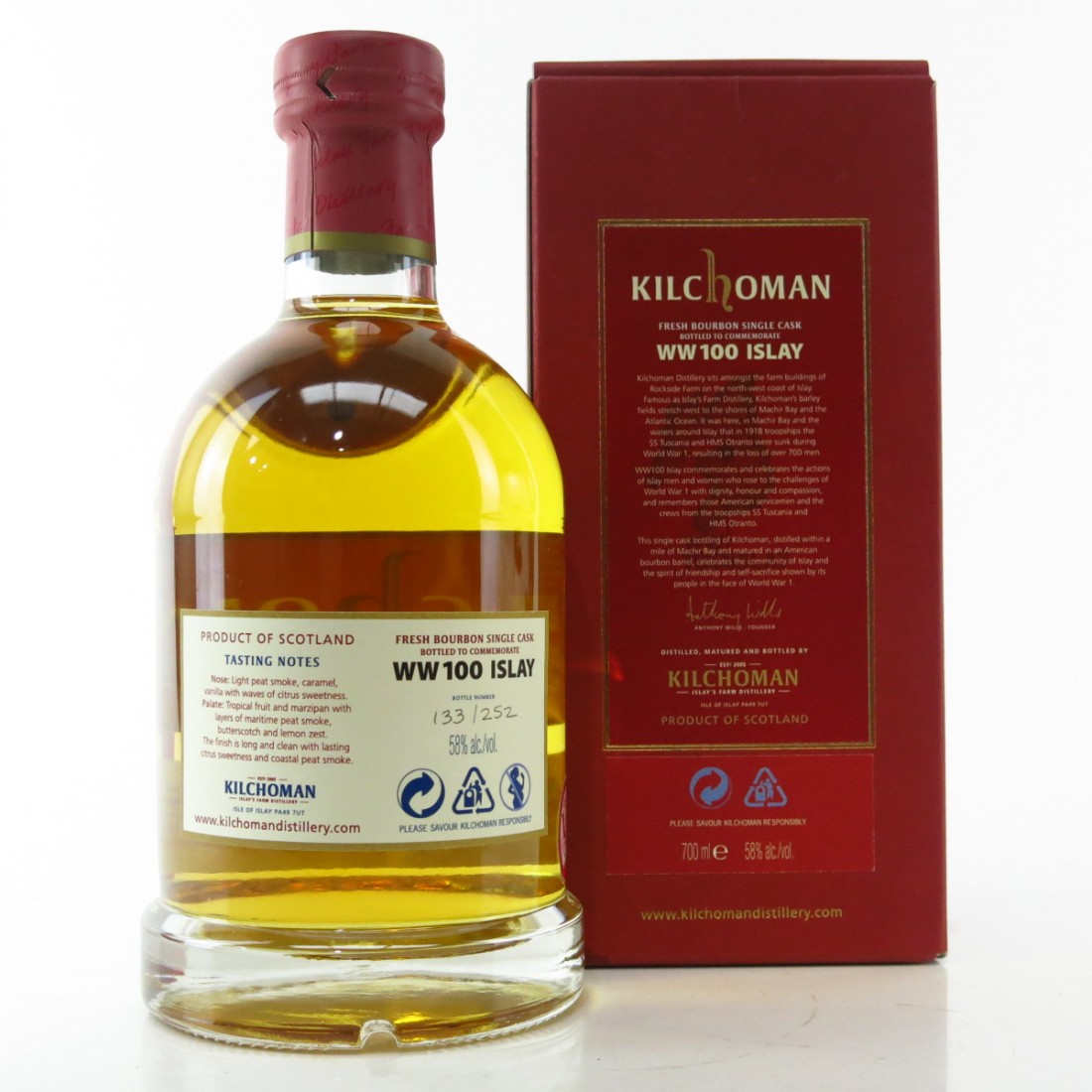 A circa 8 year old Kilchoman single cask bottling, released in 2018 to commemorate the 100th anniversary of the SS Tuscania and HMS Otranto being sunk off the coast of Islay.

WW100 Islay remembers the men and women of the Island who assisted with the war effort in the Great War, and the lives of the 700 US sailors that were lost on the two ships.

In a coming together of Islay and American spirit, this Kilchoman has been matured in a fresh bourbon barrel.