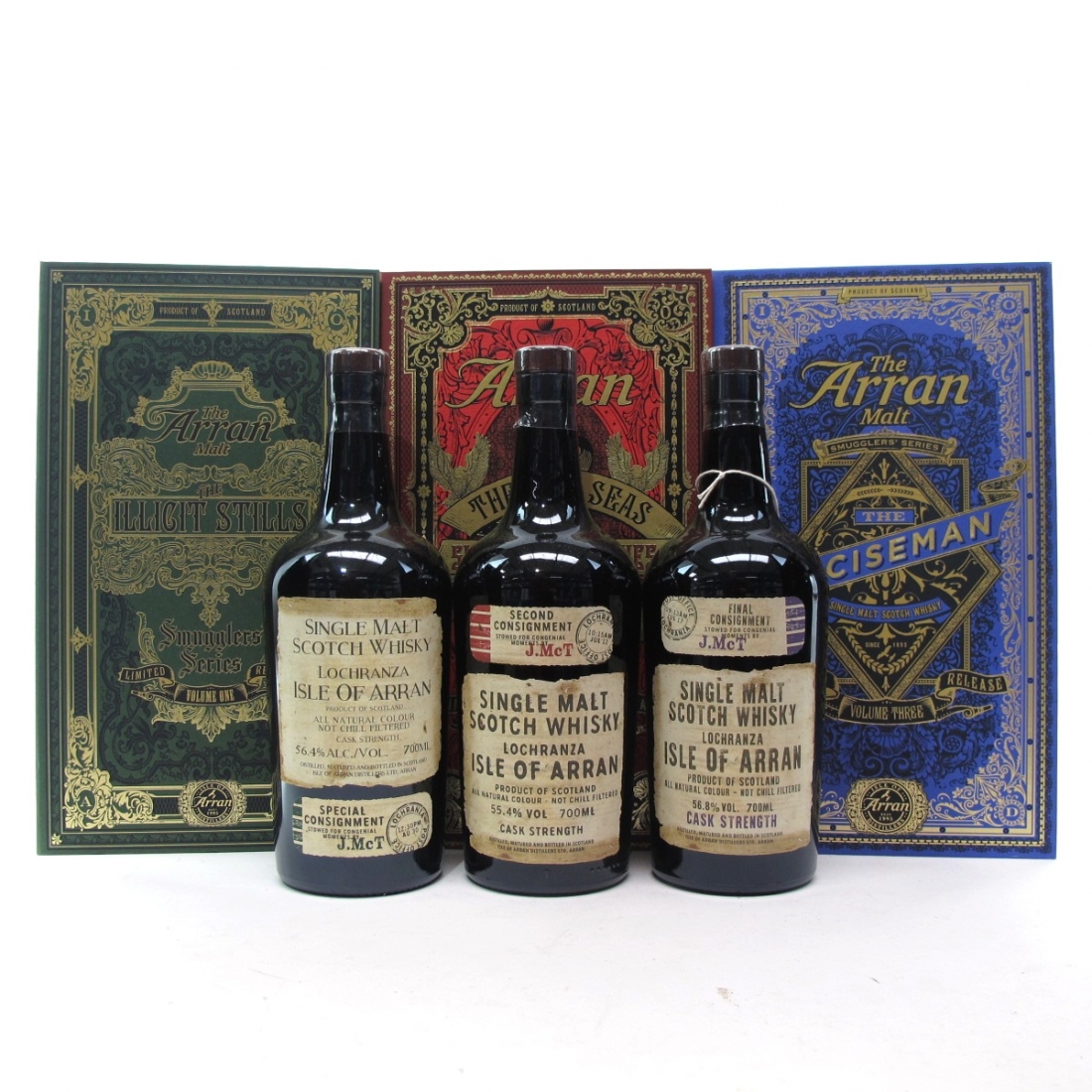 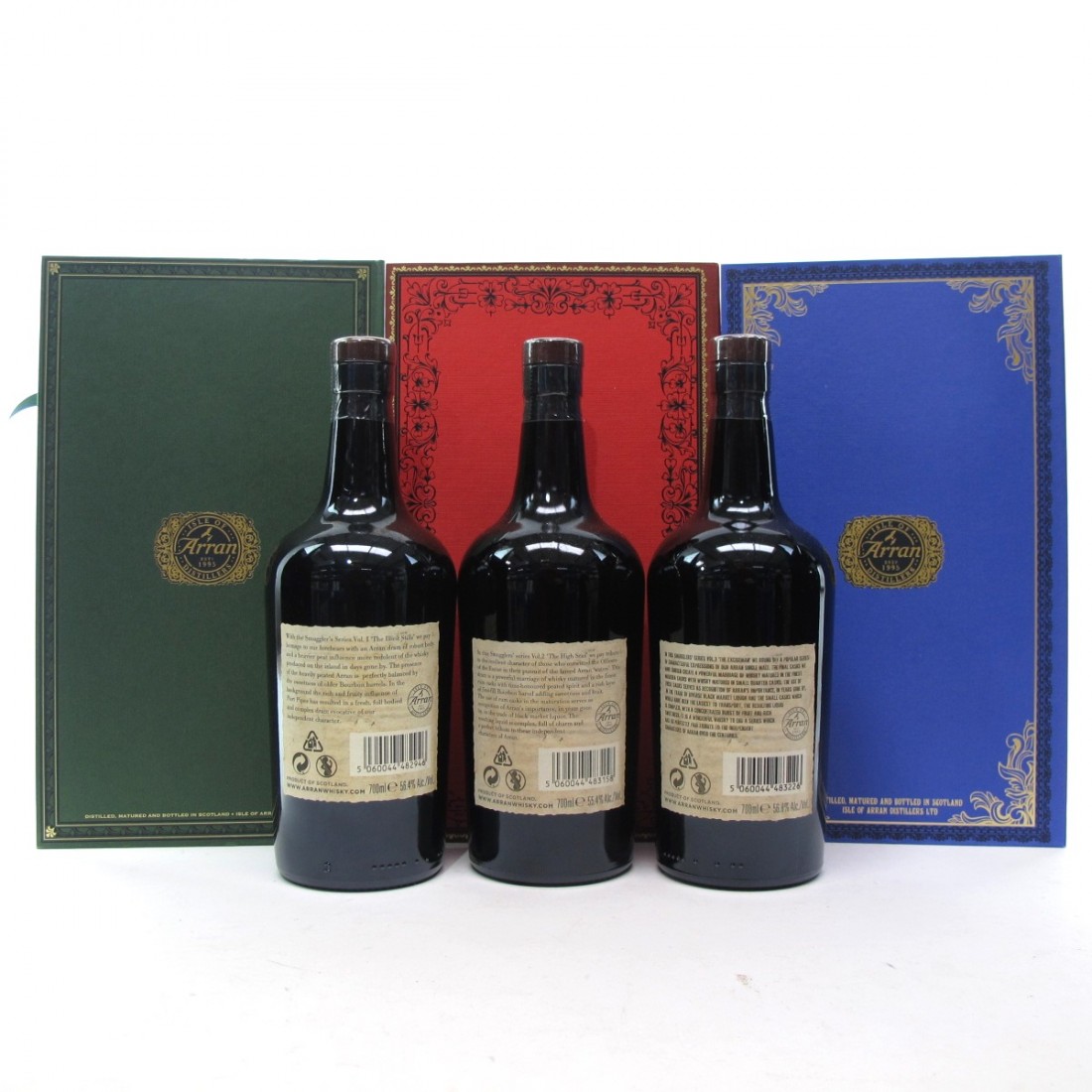 A very cool nod to the shady history of Arran's distilling. Back during the 18th and 19th century the island was a producer of illicit whisky. Three volumes were released, presented in a book style package to hide the goods.

This lot contains all three releases, the complete trilogy: