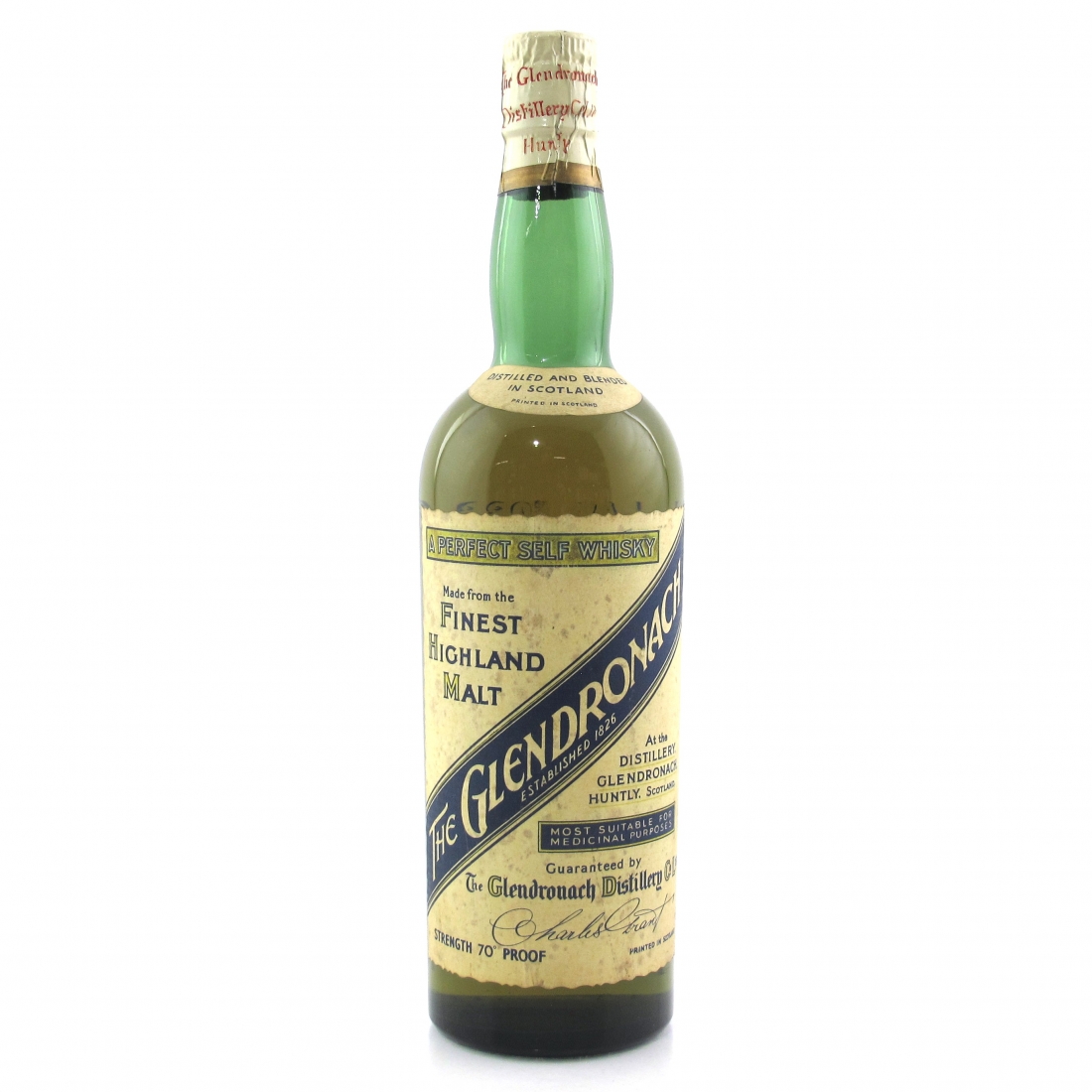 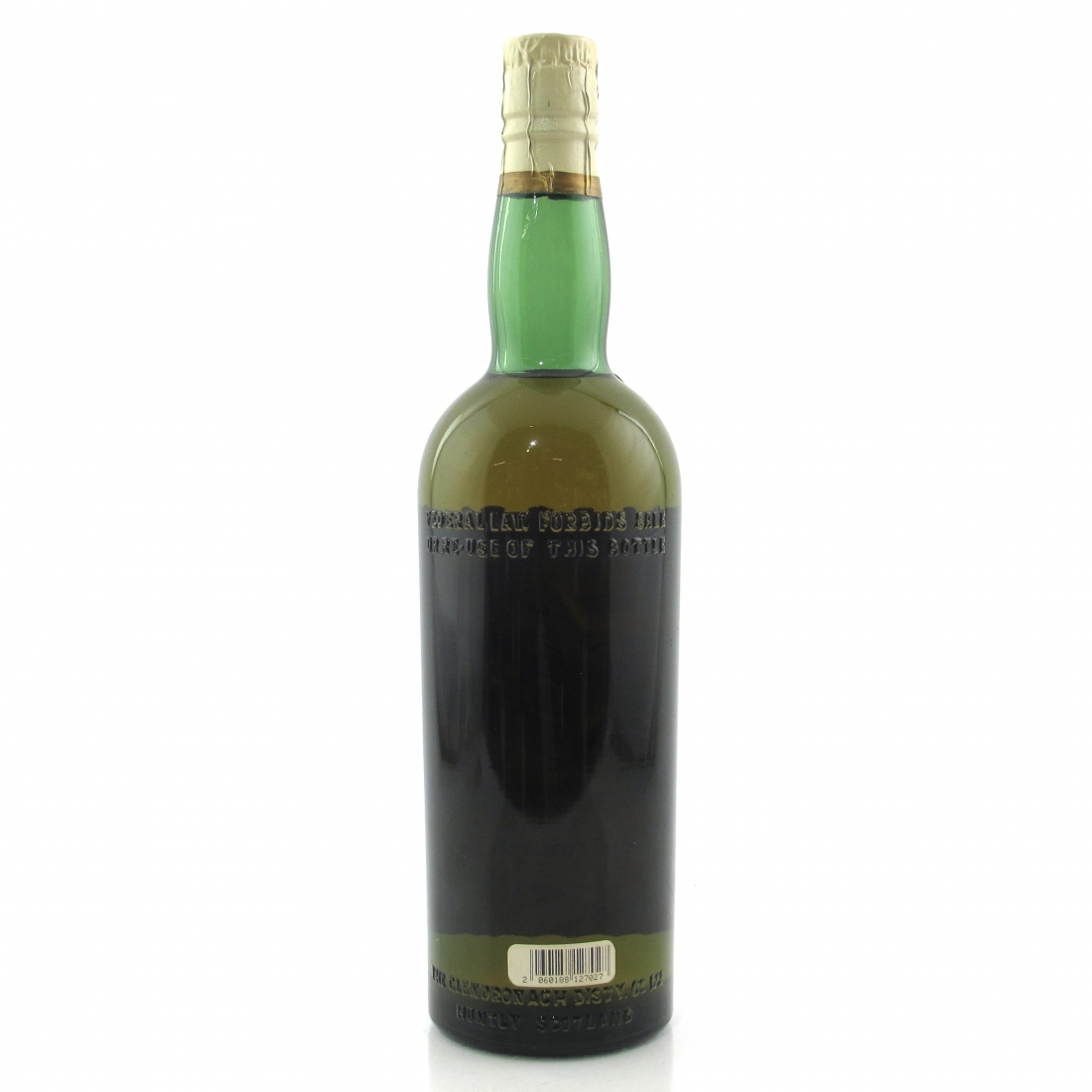 An incredible example of pre-world war two Glendronach from the highland distillery in Forgue by Huntly. Glendronach was built in 1826 by James Allardice, and rebuilt following a fire in 1852 by an individual named Walter Scott (although not the one you might be thinking of). It eventually passed into the hands of perhaps Scotland's greatest distilling dynasty, the Grant's of Glenfiddich. Silent at the time, the distillery was sold by government (who had owned it since 1916) to Charles, the youngest son of William Grant in 1920, and his signature is present on this stunning bottle, which we believe dates to around the 1930s.

As such, this bottle will have been one of the first released from the newly revived distillery, and is likely aged around 12 years. It is one of the earliest example of an officially bottled single malt, or " perfect self whisky" as the label reads.

Interestingly, the bottle describes itself as "most suitable for medicinal purposes." This is more likely archaic phrasing, suggesting that the whisky is also of excellent value as a medicinal product, rather than a suggestion of its best application, which we're sure nobody was under any allusions was for drinking! 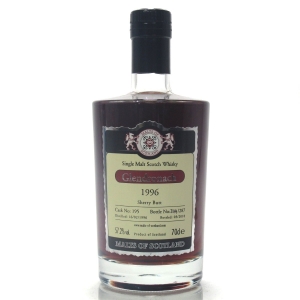 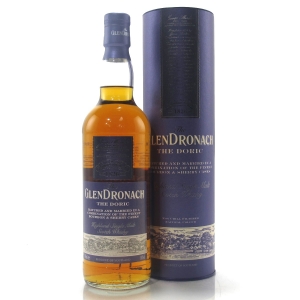 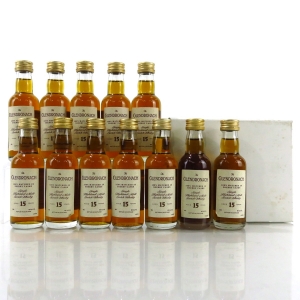 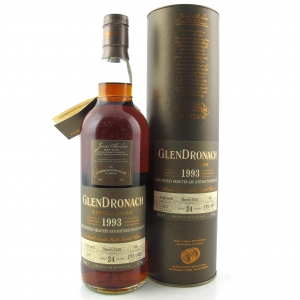