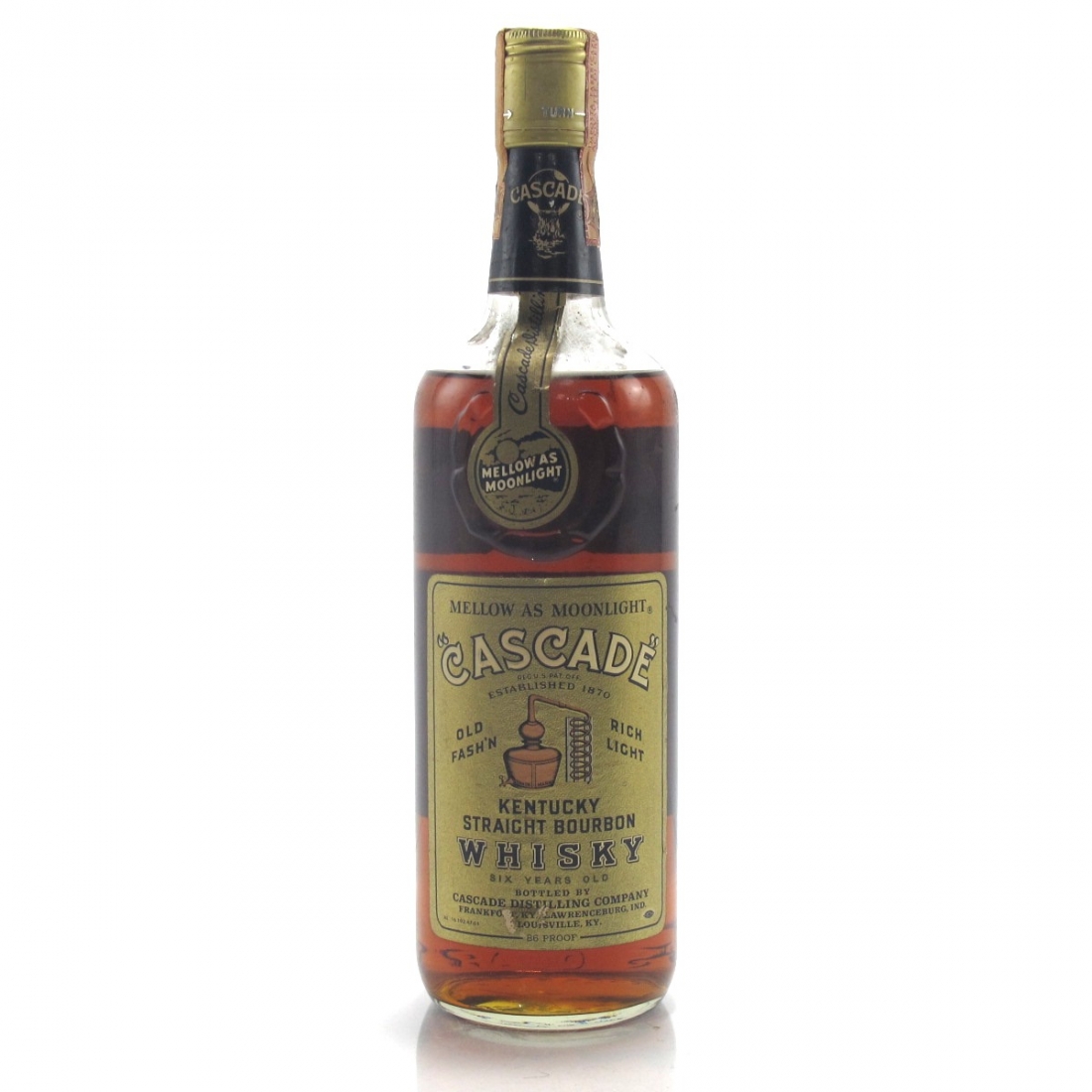 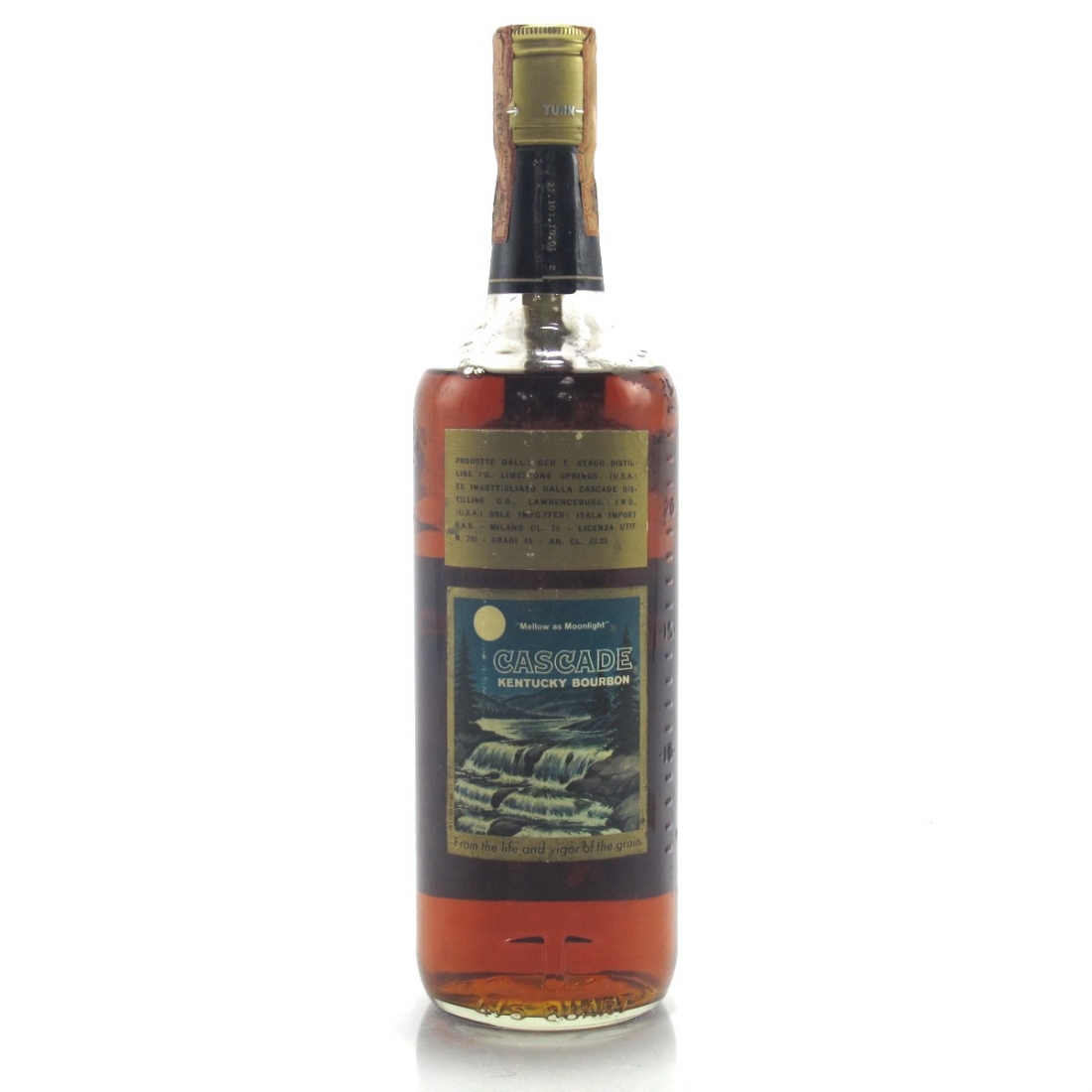 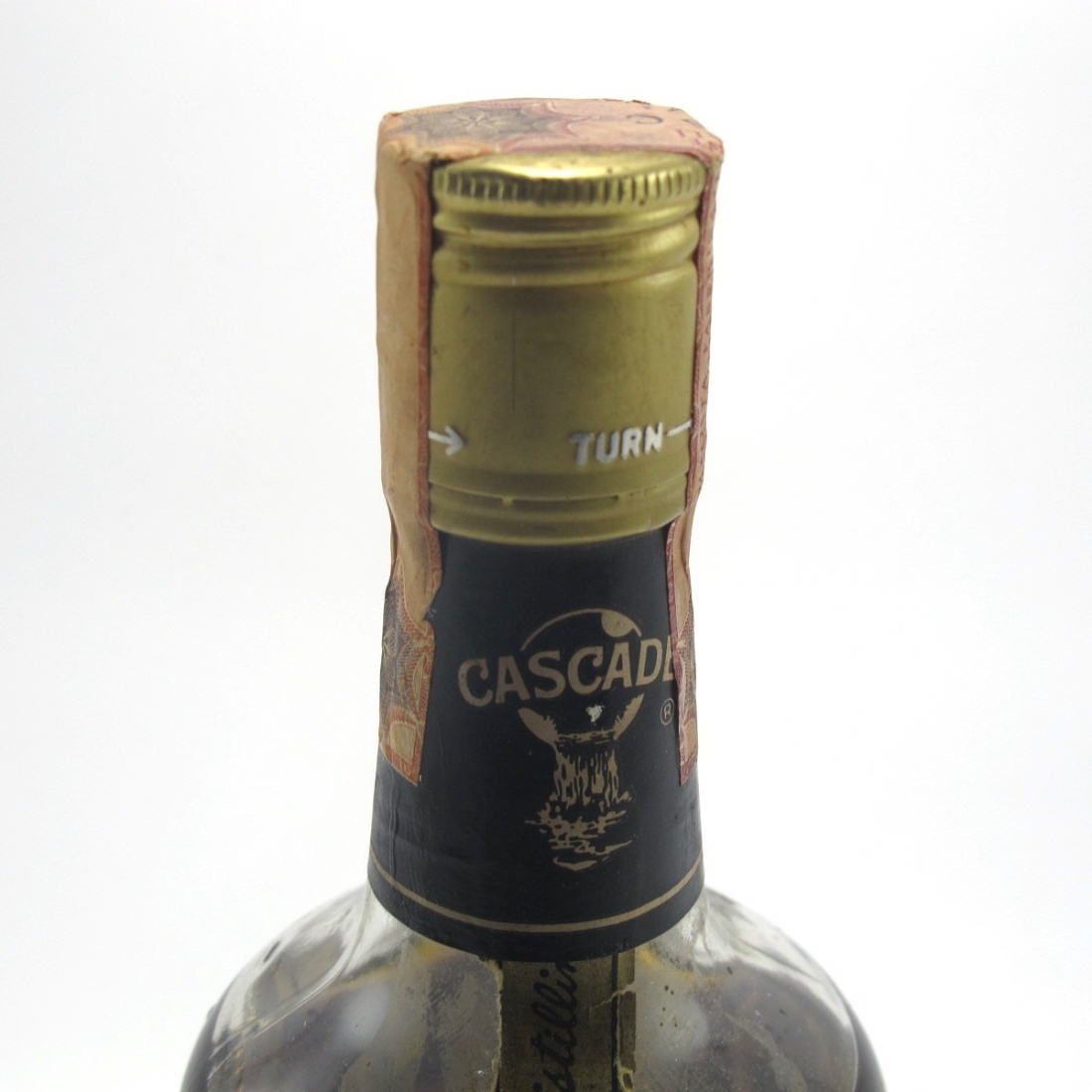 Cascade bourbon was a brand produced for many years by Schenley , one of the "big four" distilling companies to emerge in the US after the repeal of Prohibition, alongside Hiram Walker, Seagram's and National Distillers.

Schenley acquired the Cascade Distilling Company from Geroge Dickel in 1937, who had been forced out of their historic home in Tennessee by its early adoption of Prohibition, and moved their distilling to Kentucky. Schenley did however revive the Tennessee distillery in 1958 after they lost out to Brown-Forman in a bid to buy Jack Daniel's.

This was distilled at the George T. Stagg distillery (known nowadays as Buffalo Trace), and was bottled in 1970 at Schenley's distillery in Lawrenceburg, Indiana. 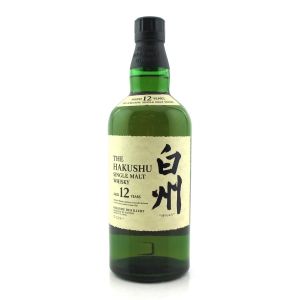 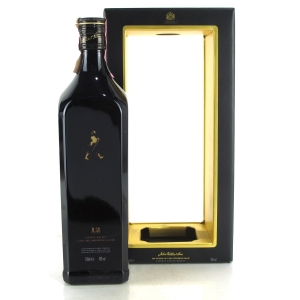 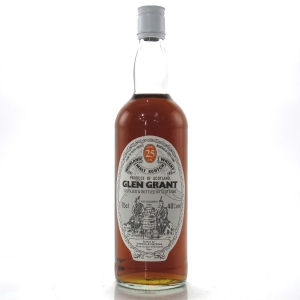 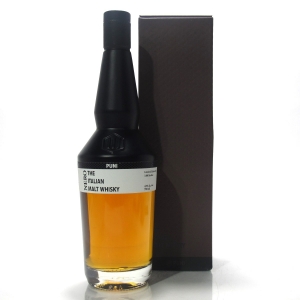