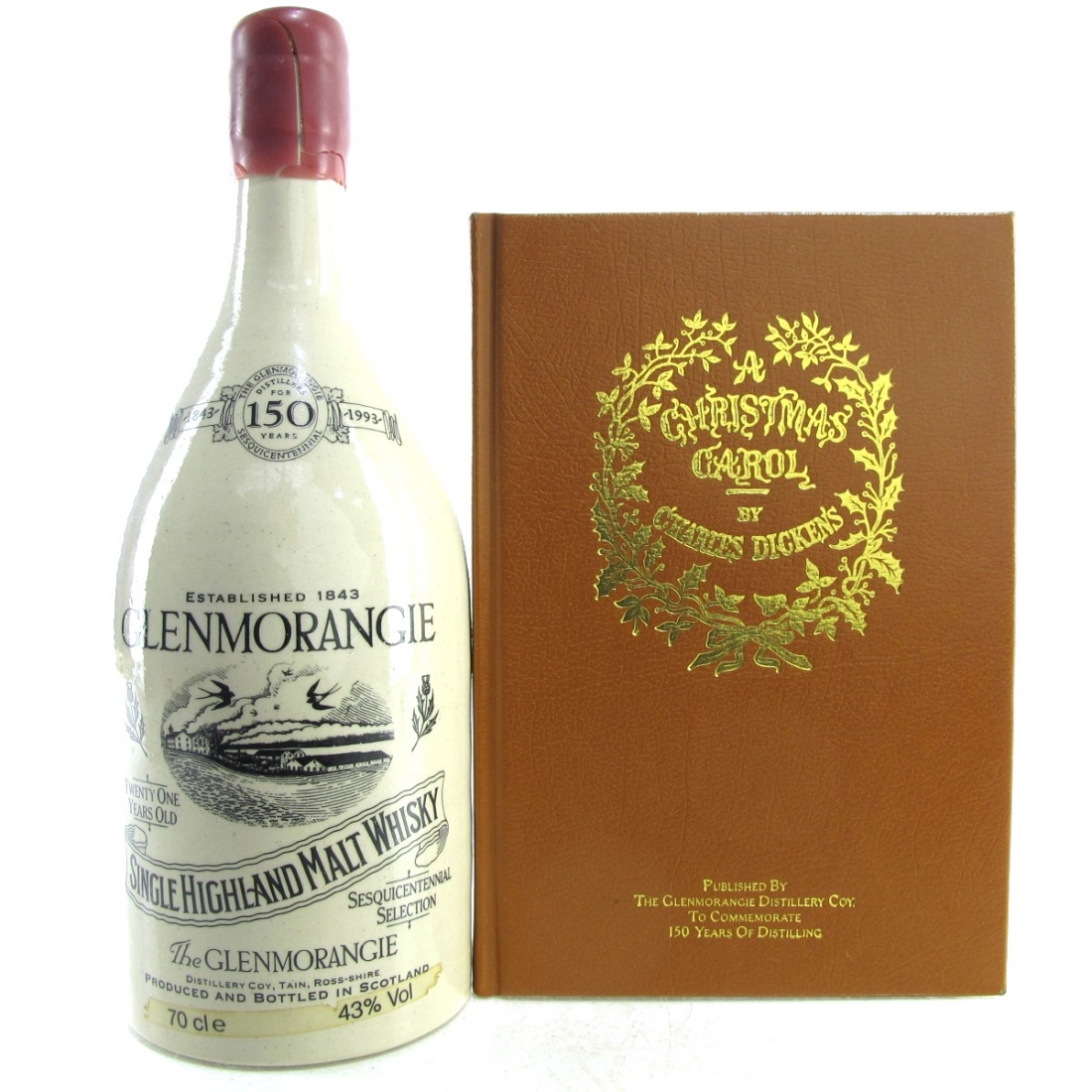 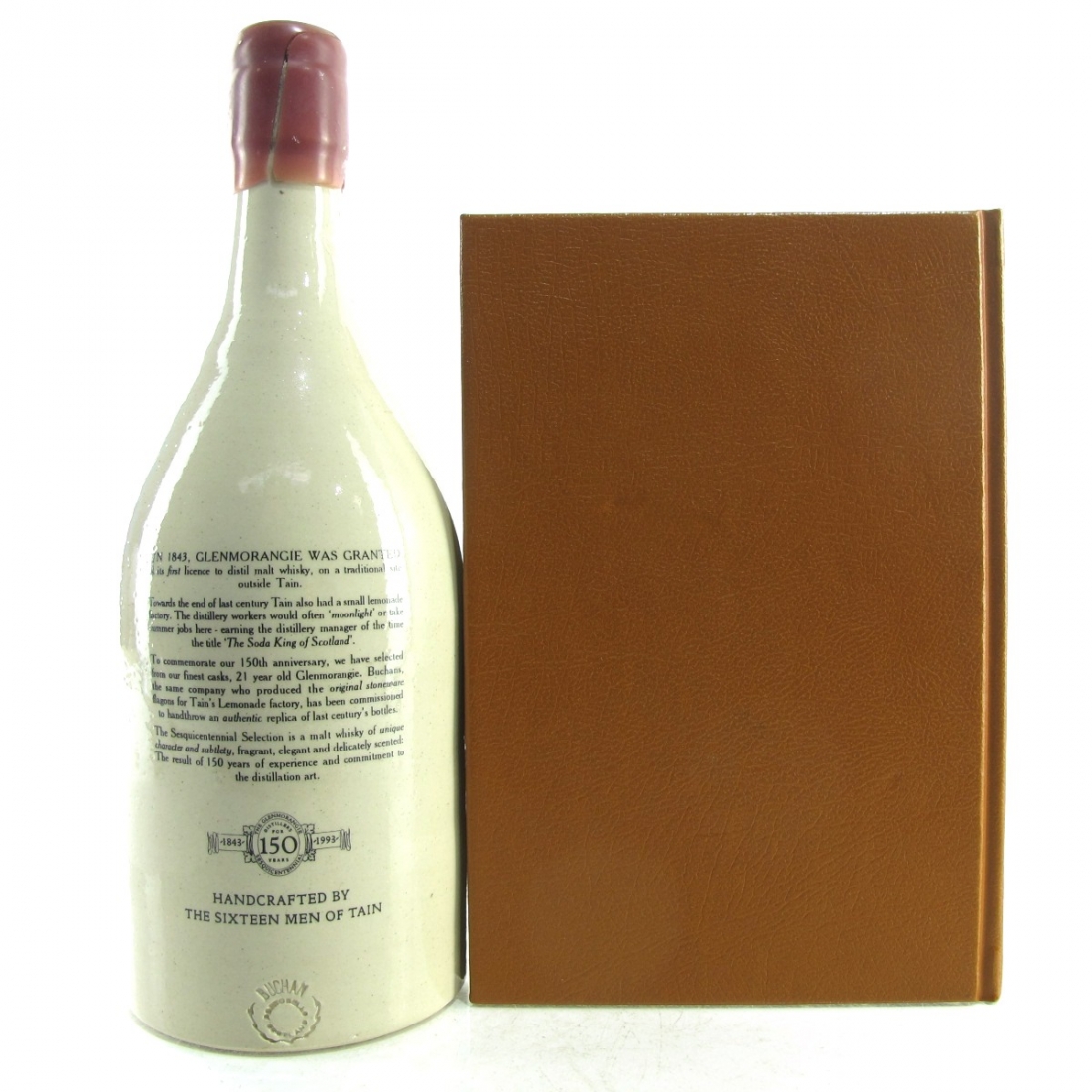 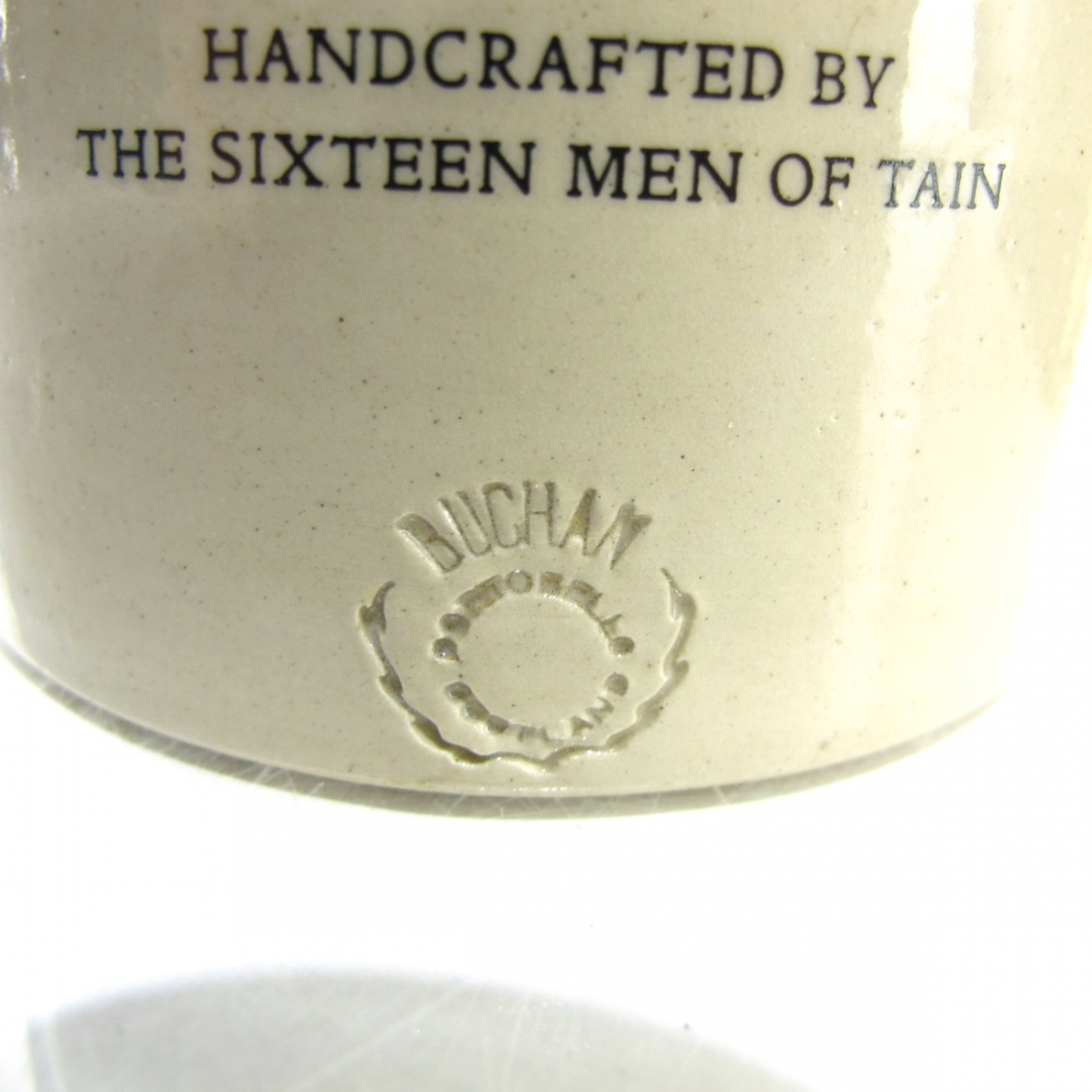 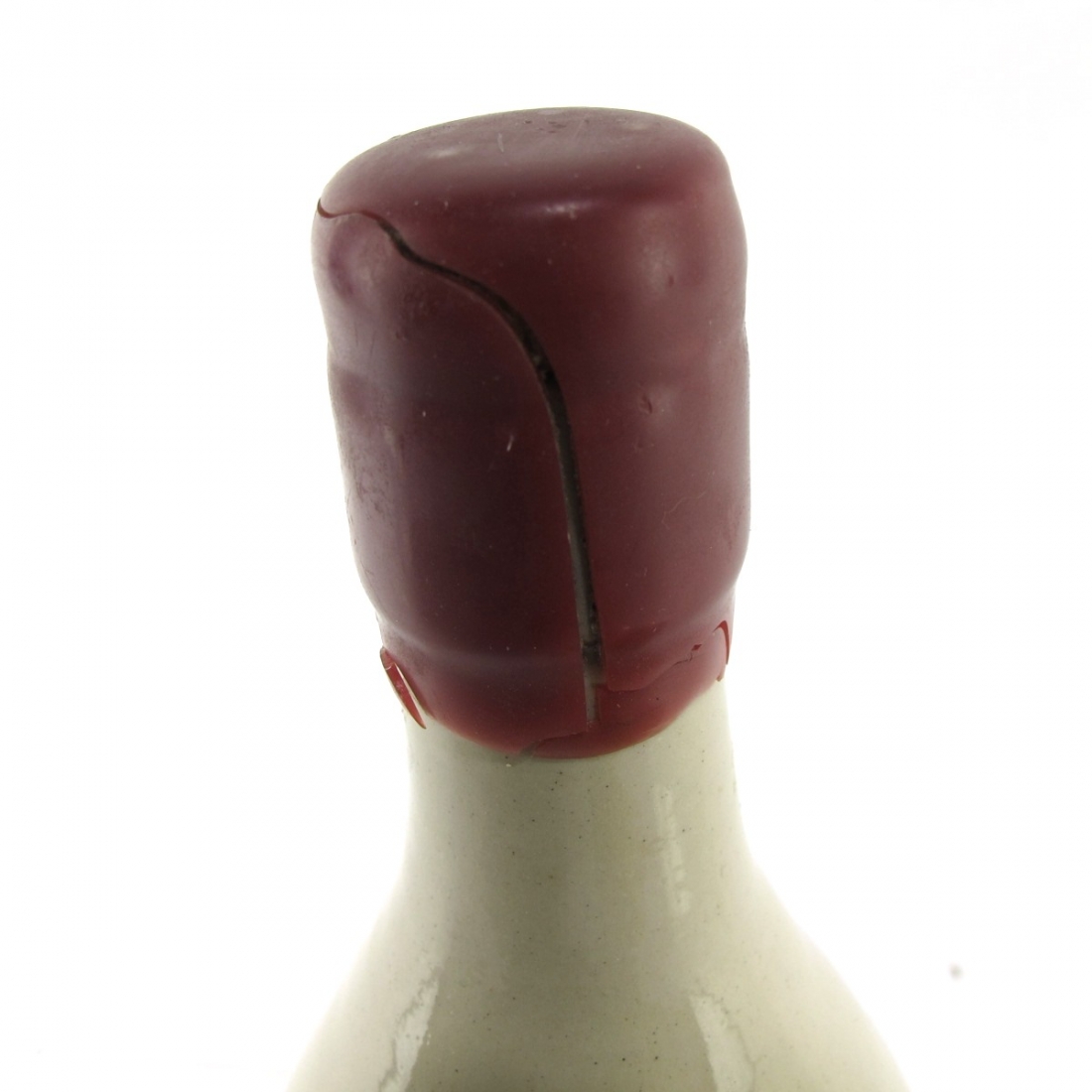 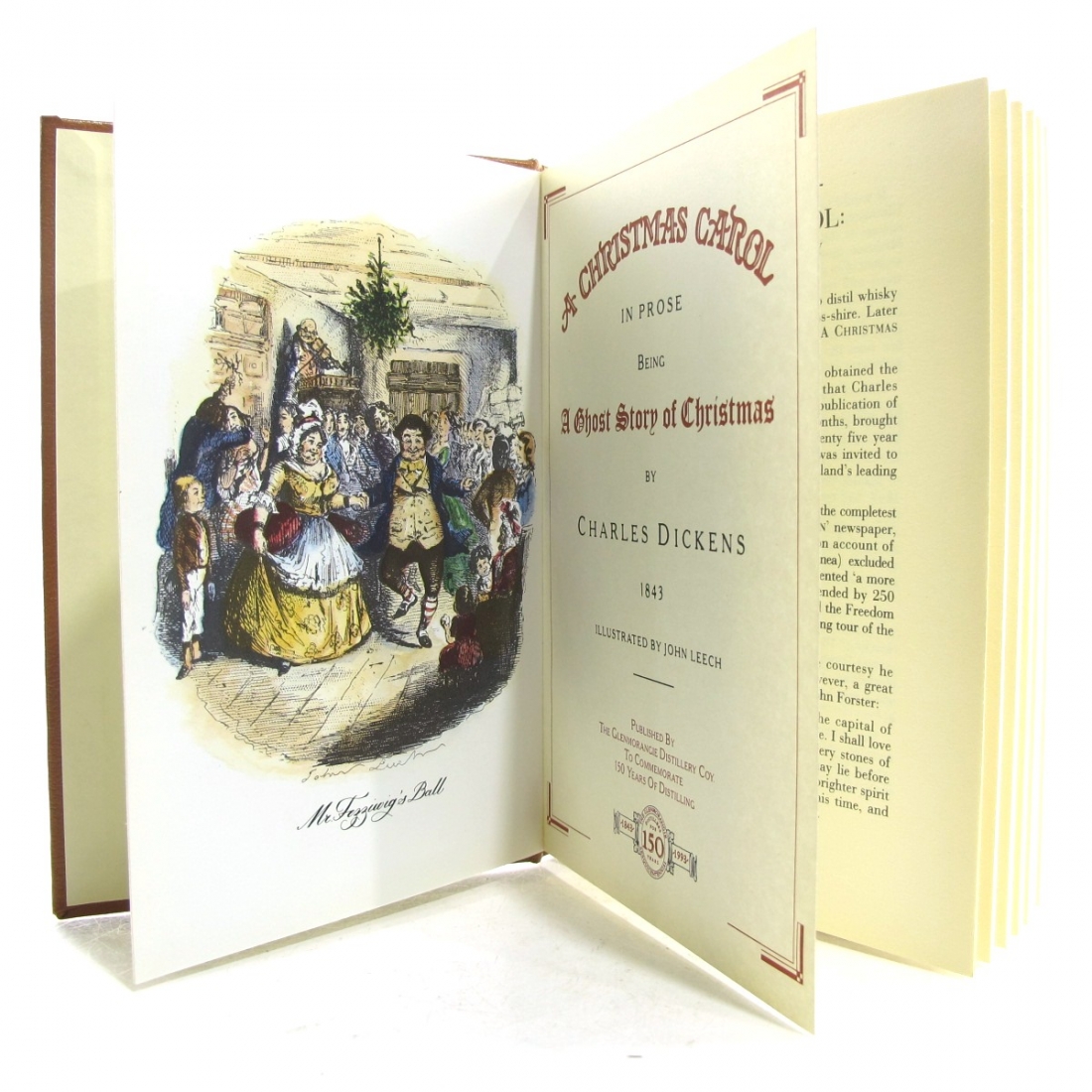 This very limited 21 year old Glenmorangie was bottled to commemorate the 150th Anniversary of the distillery (1843-1993).

Released only to staff of the distillery.

These decanters were presumably commissioned prior to the change from 75cl to 70cl bottles in the UK in 1992 as this one has been amended with a sticker.

This lot includes a copy of 'A Christmas Carol' by Charles Dickens, published by Glenmorangie as part of their anniversary celebrations. 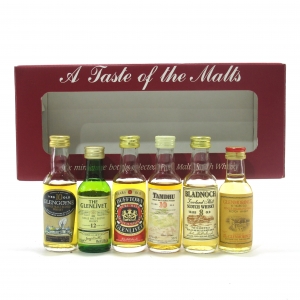 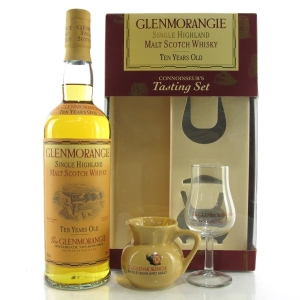 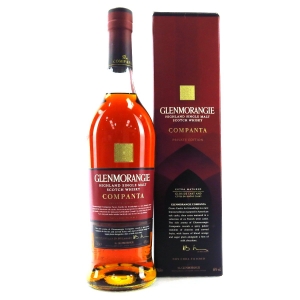 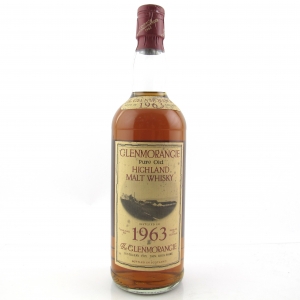