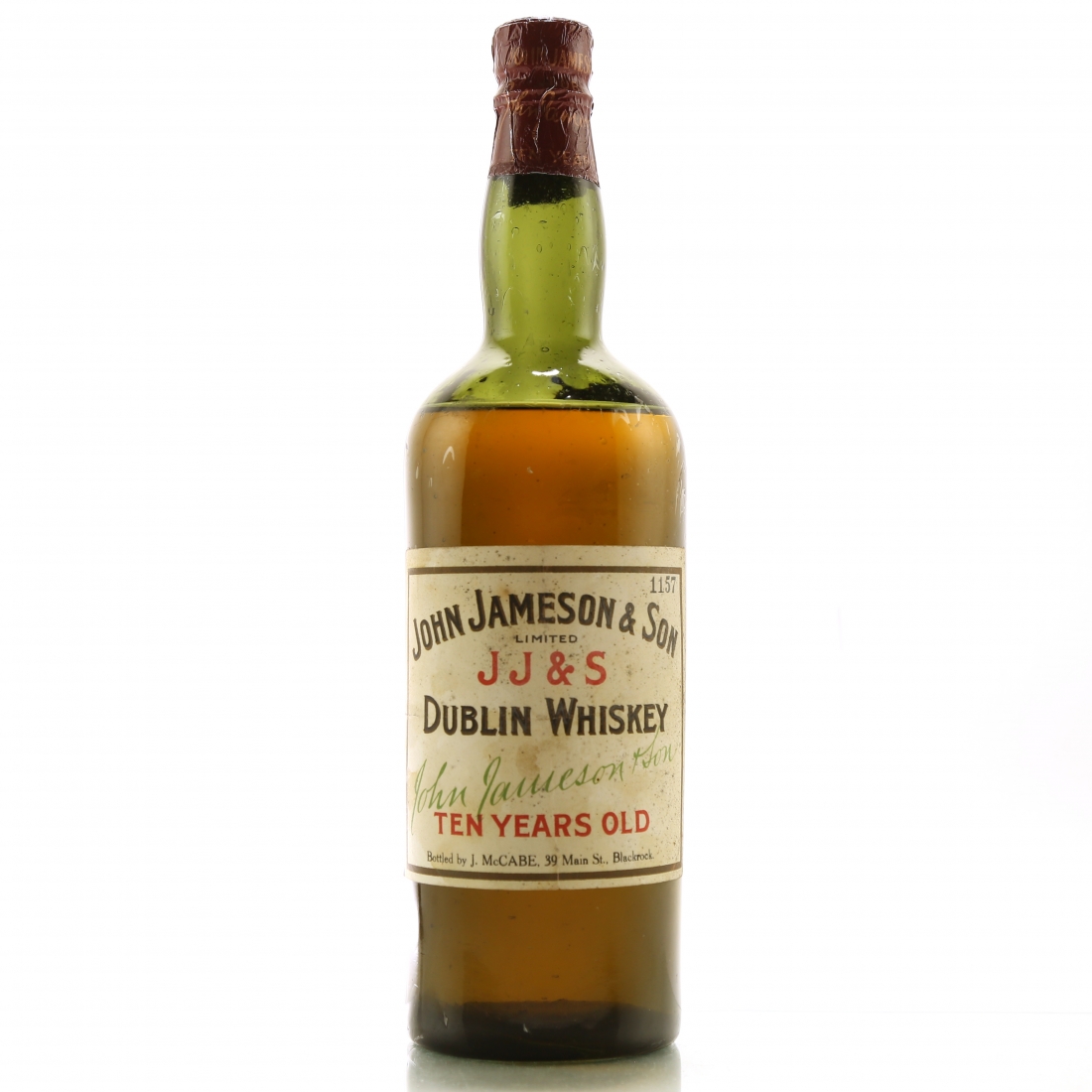 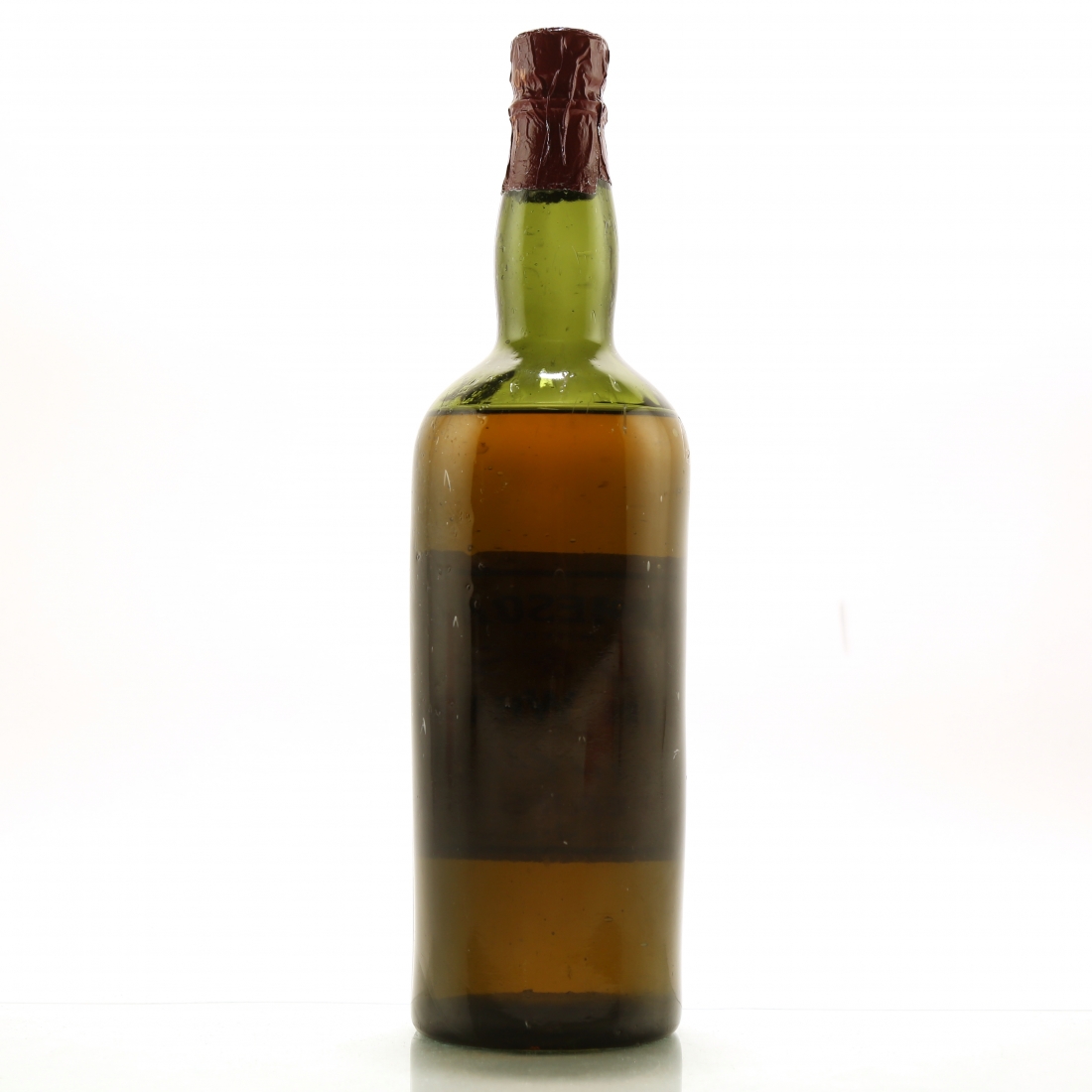 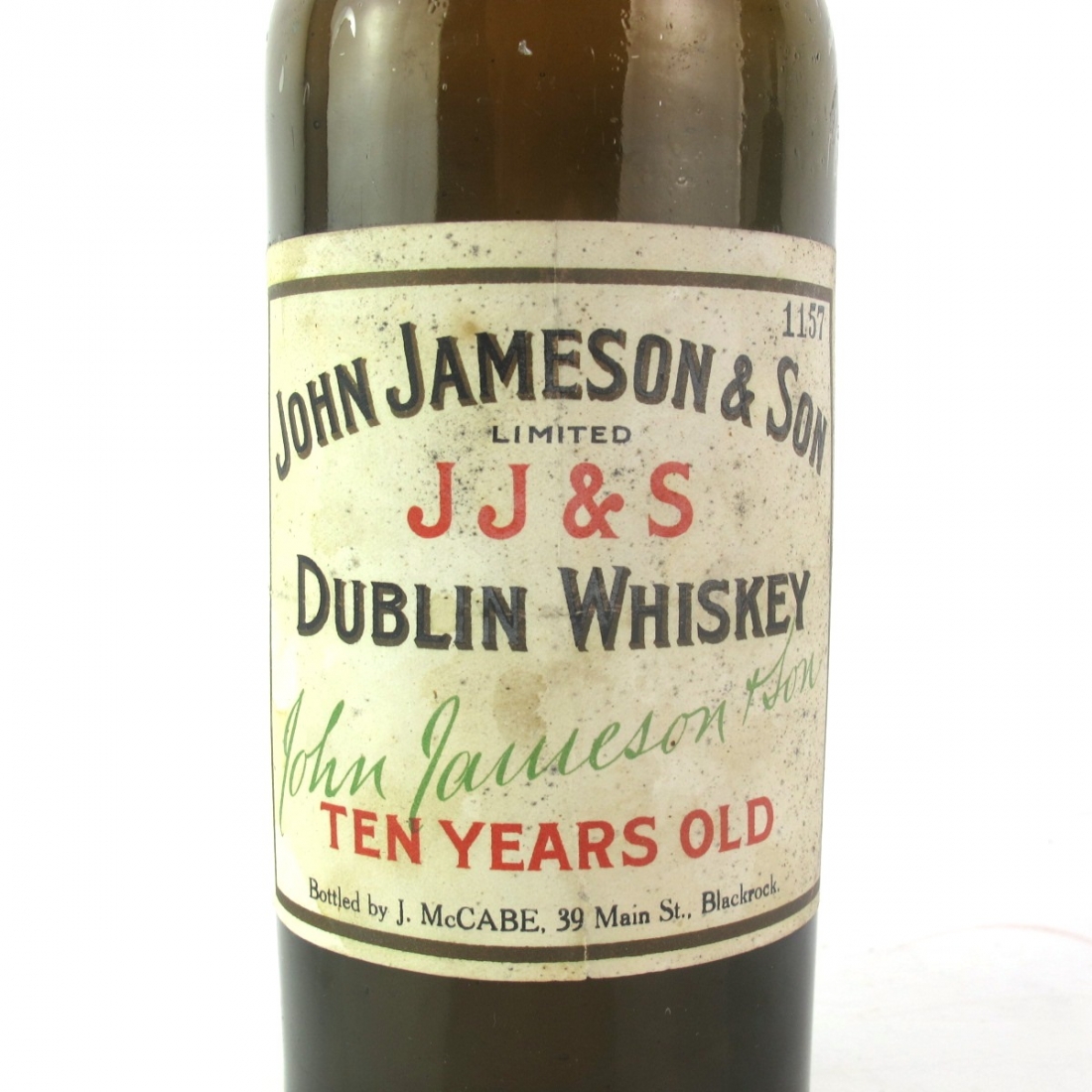 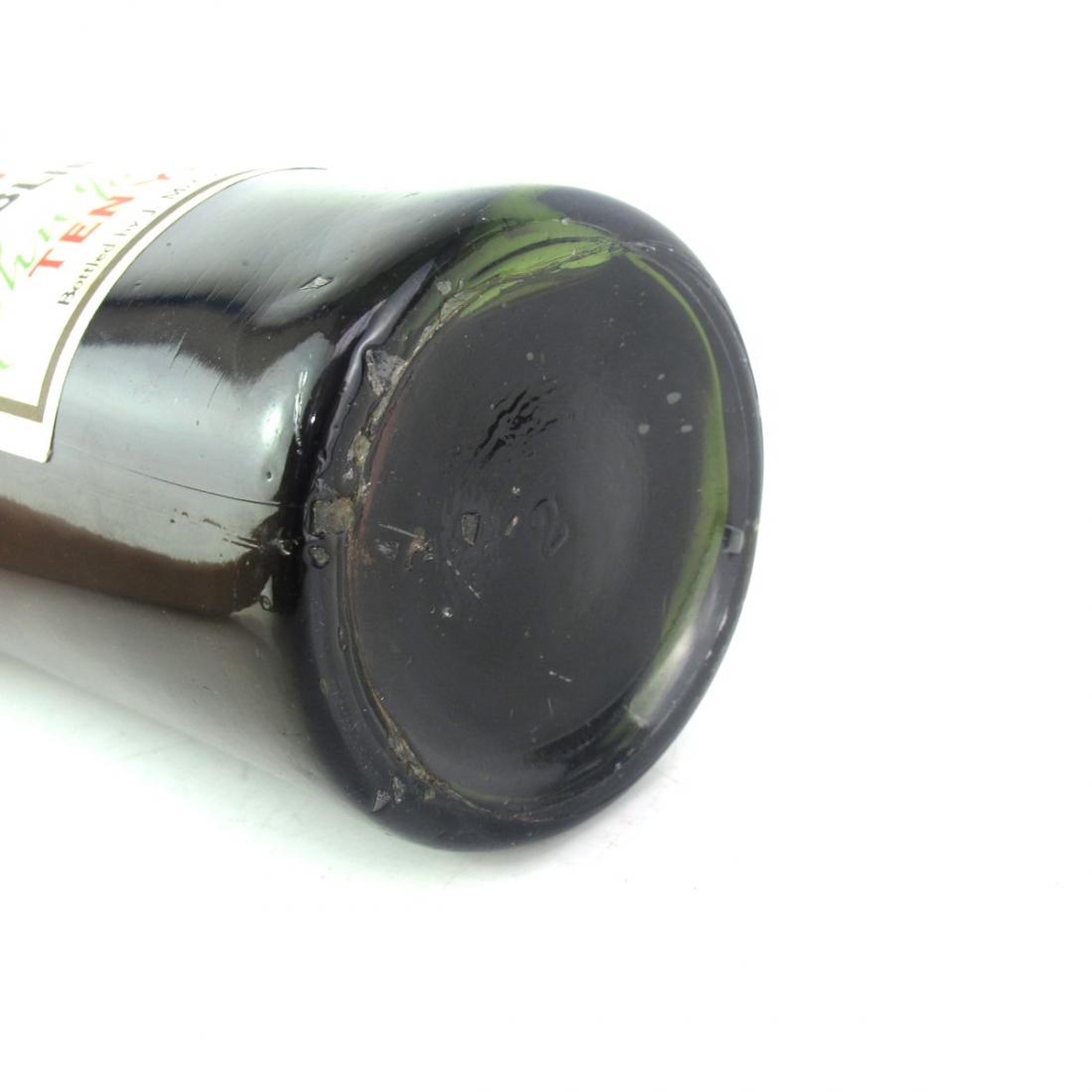 A fantastic old bottle of John Jameson & Son Dublin whiskey, distilled at the long closed Bow Street distillery. Amazingly, Jameson was not officially sold by the bottle until after Jameson were amalgamated into the Irish Distillers company in 1966. Under the new ownership, Bow Street then sold its first single bottle of Jameson in 1968, before production of the entire Irish Distillers portfolio was was moved to New Midleton in Cork in 1975, seeing the closure of Bow Street and fellow Dublin distillery, Power's John's Lane in the process.

Pre-Irish Distillers Jameson only sold their whiskey by the cask. Those who procured these casks were then welcome to bottle them using the official John Jameson & Son branding, as is the case with this bottle.

This was bottled by J. McCabe of Main Street in Blackrock, a suburb of Dublin. There is little information about the company, however a wine and spirit merchant called JE McCabe still operates in Northern Ireland today, claiming to have a connection to a family-run business established in 1919; they are potentially the same. A firm called L&E Egan at Arran Quay were advertising this 10 year old Jameson as far back as 1917. The label style however is concurrent with many distributed to Irish merchants in the 1930s. Ireland was in the midst of a bitter trade war with the UK at this point so it is unsurprising that Jameson bearing these labels all have native bottling firms on them. Other examples of these include the persisting presence of L&E Egan, and a neighbouring firm on Dublin's Bachelor's Walk called TW Begge, who were advertising this Jameson 10 year old alongside Bishop-approved "alter wine" in publications through the 1930s and 40s.

No capacity or strength stated. 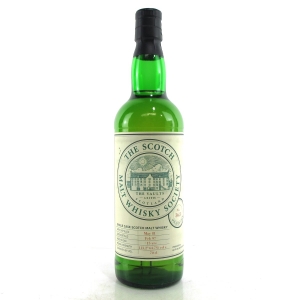 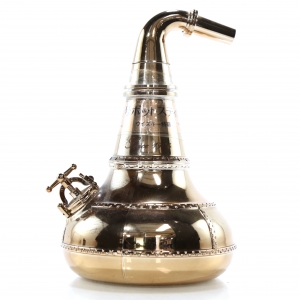 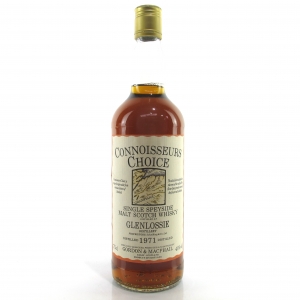 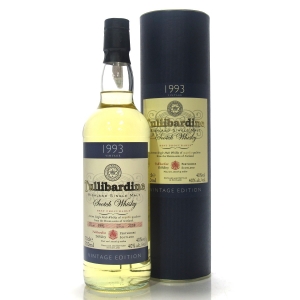