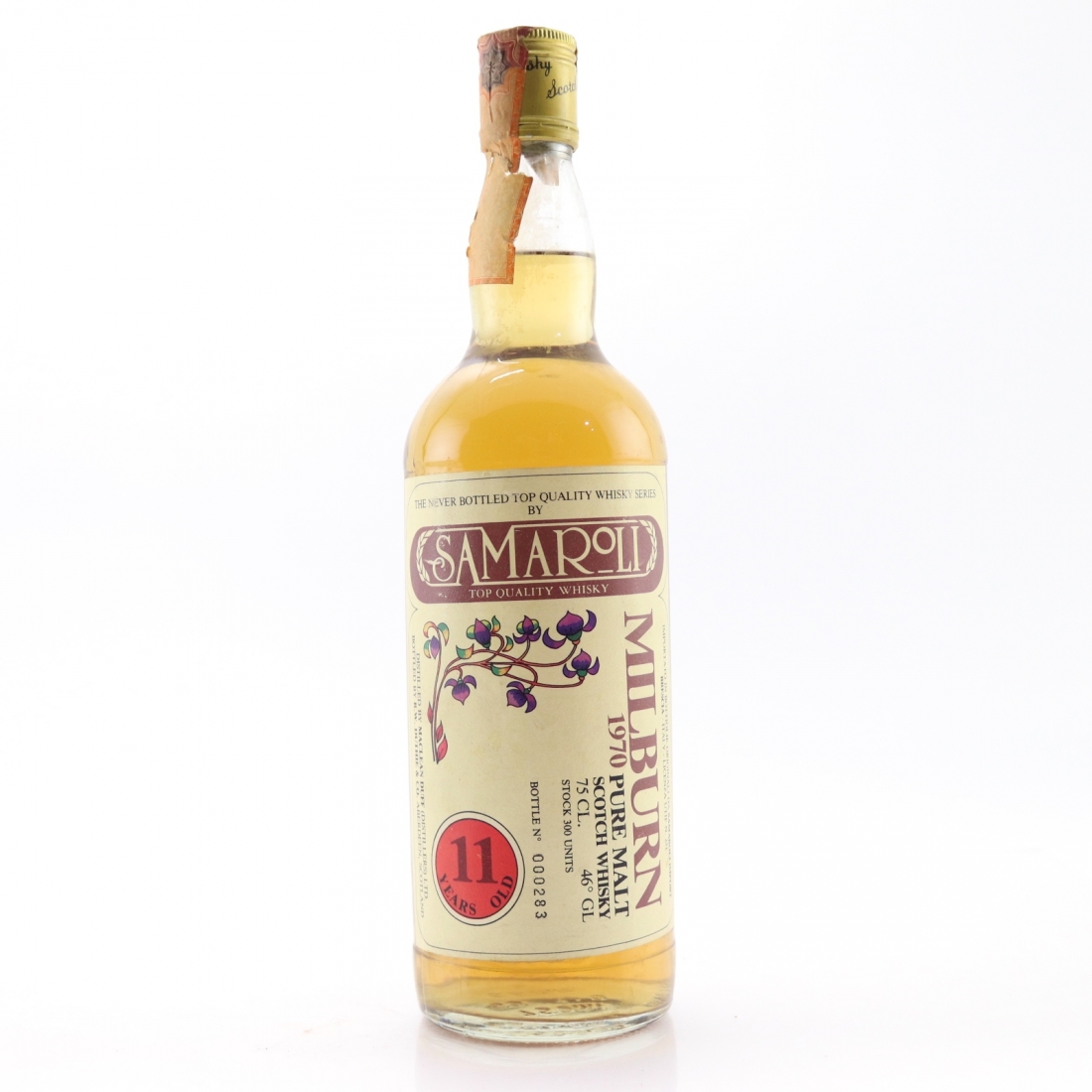 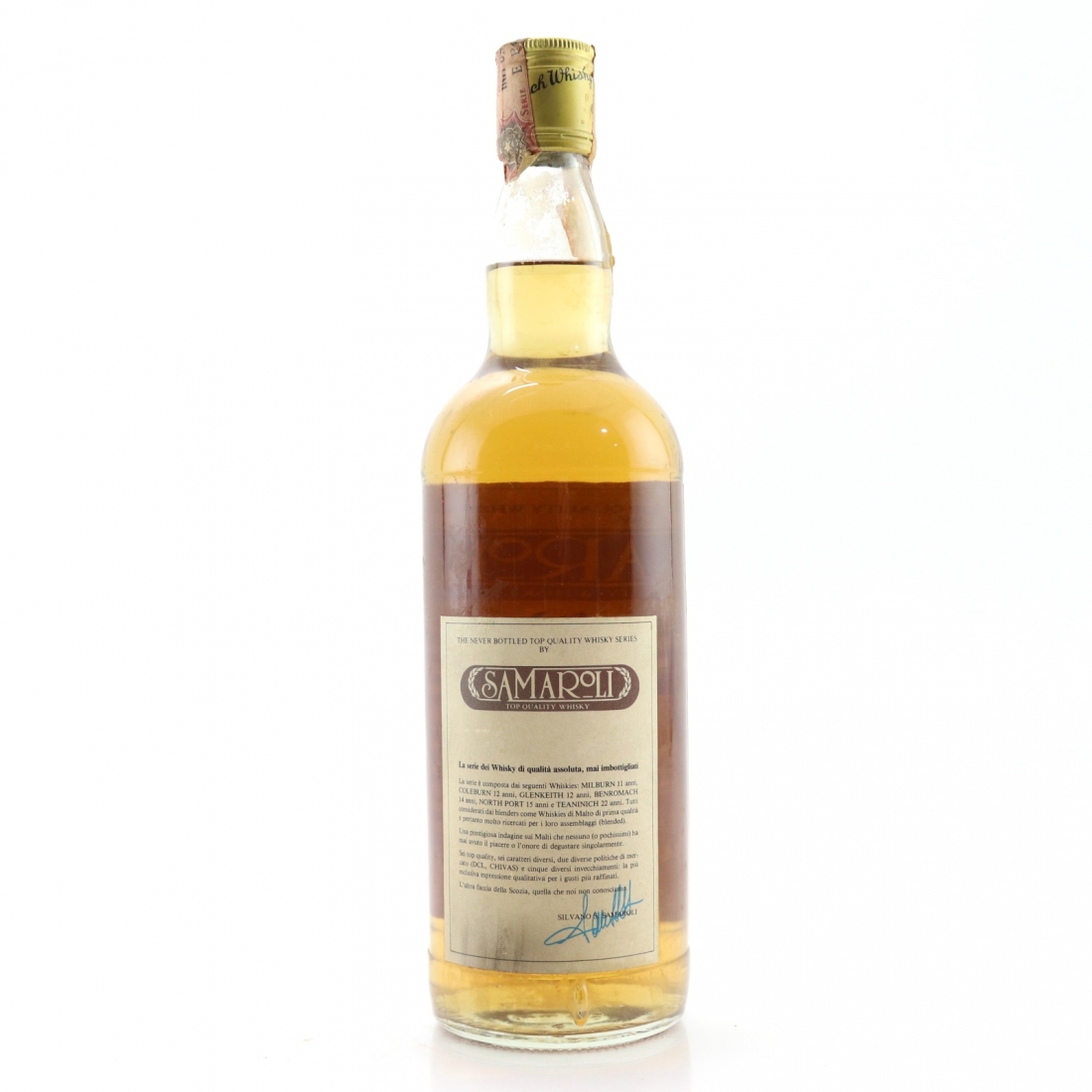 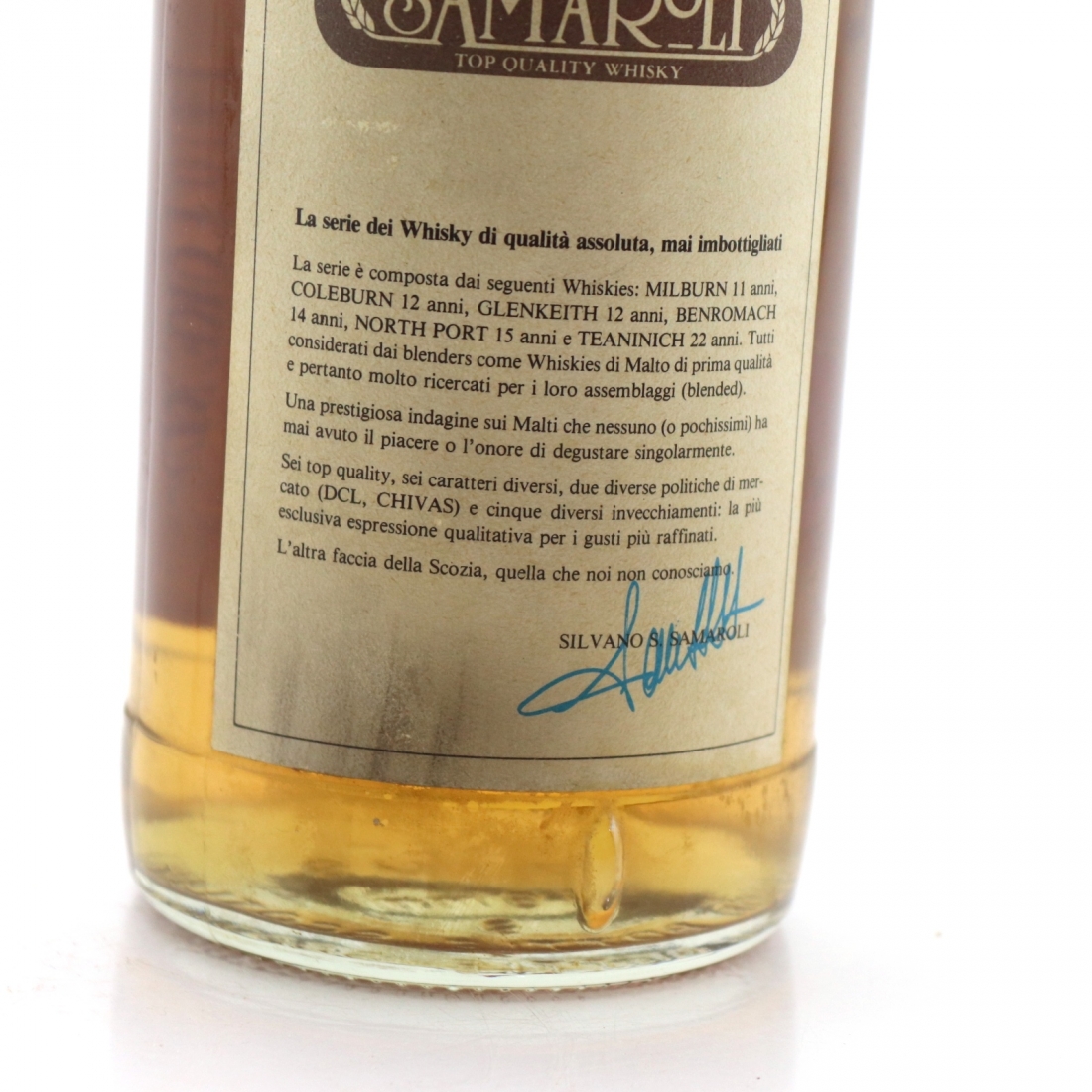 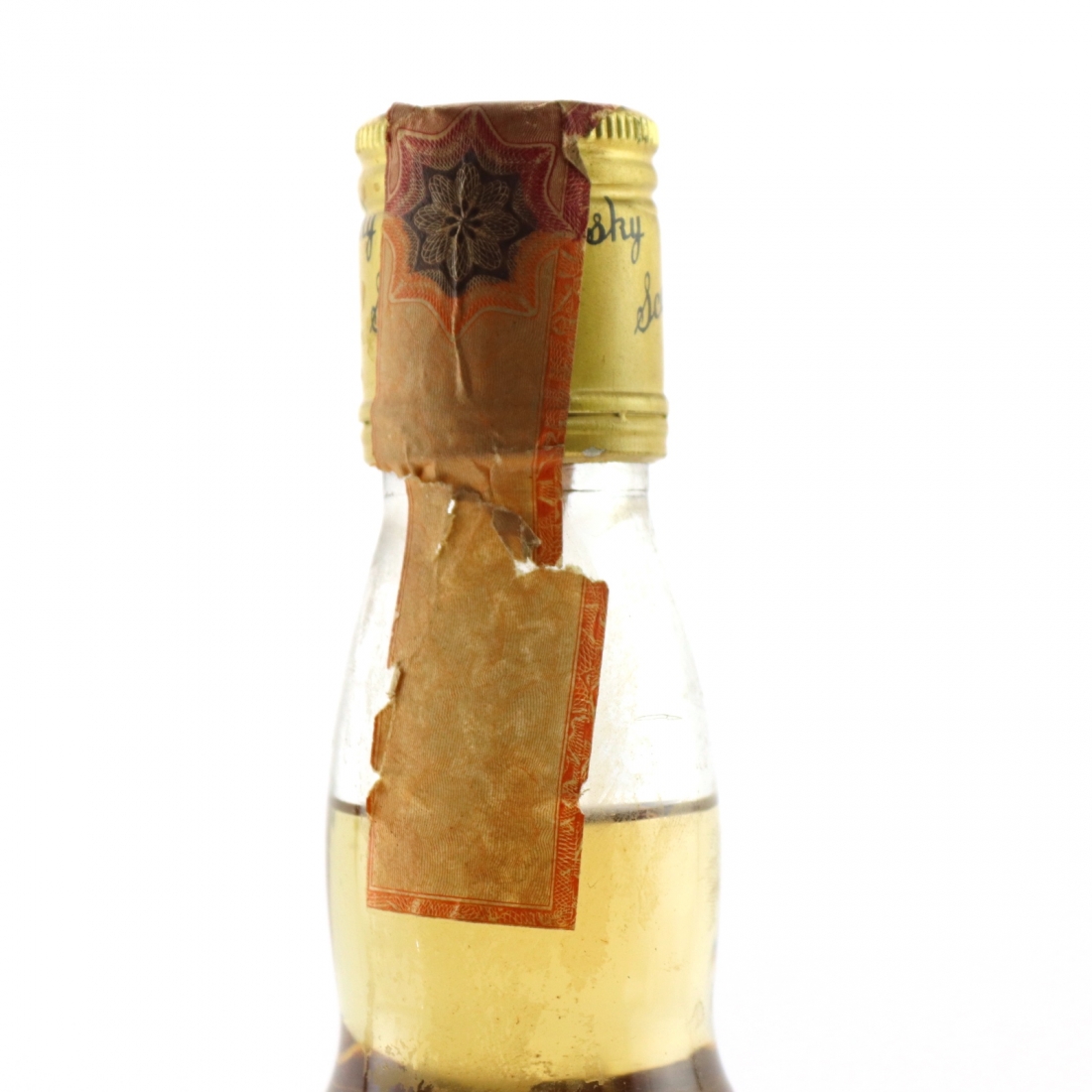 A 1970 vintage bottling from closed Highland distillery, Millburn. Bottled at 11 years of age.

This is part of Silvano's first ever solo series of bottlings, a follow up to his 1979/1980 collaboration with Cadenhead's. It is rather cumbersomely titled 'The Never Bottled Top Quality Whisky' series, however is better known as the Flowers range. The bottlings all have hand-drawn labels by Samaroli himself, and a second series was released in 1990 as an homage to them.