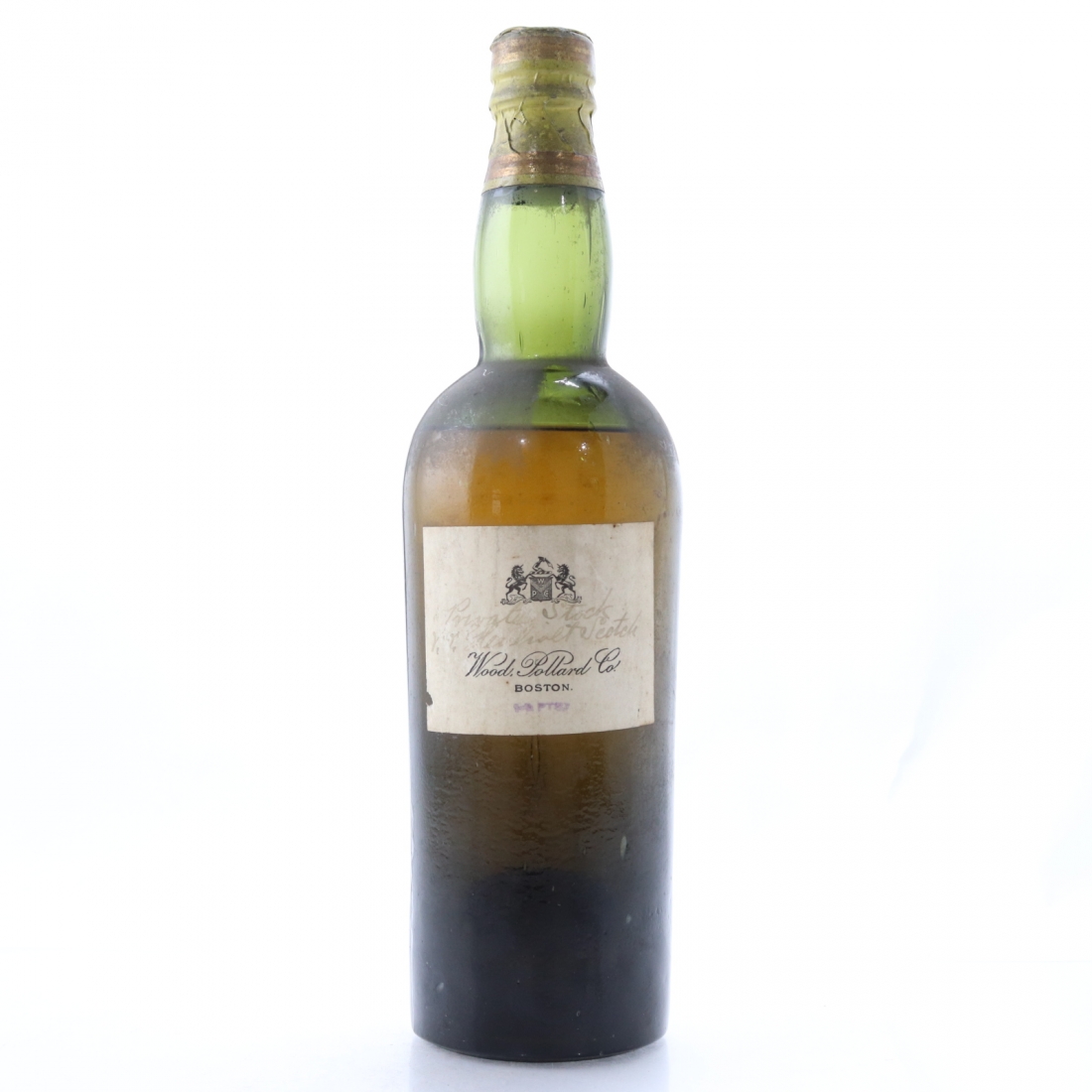 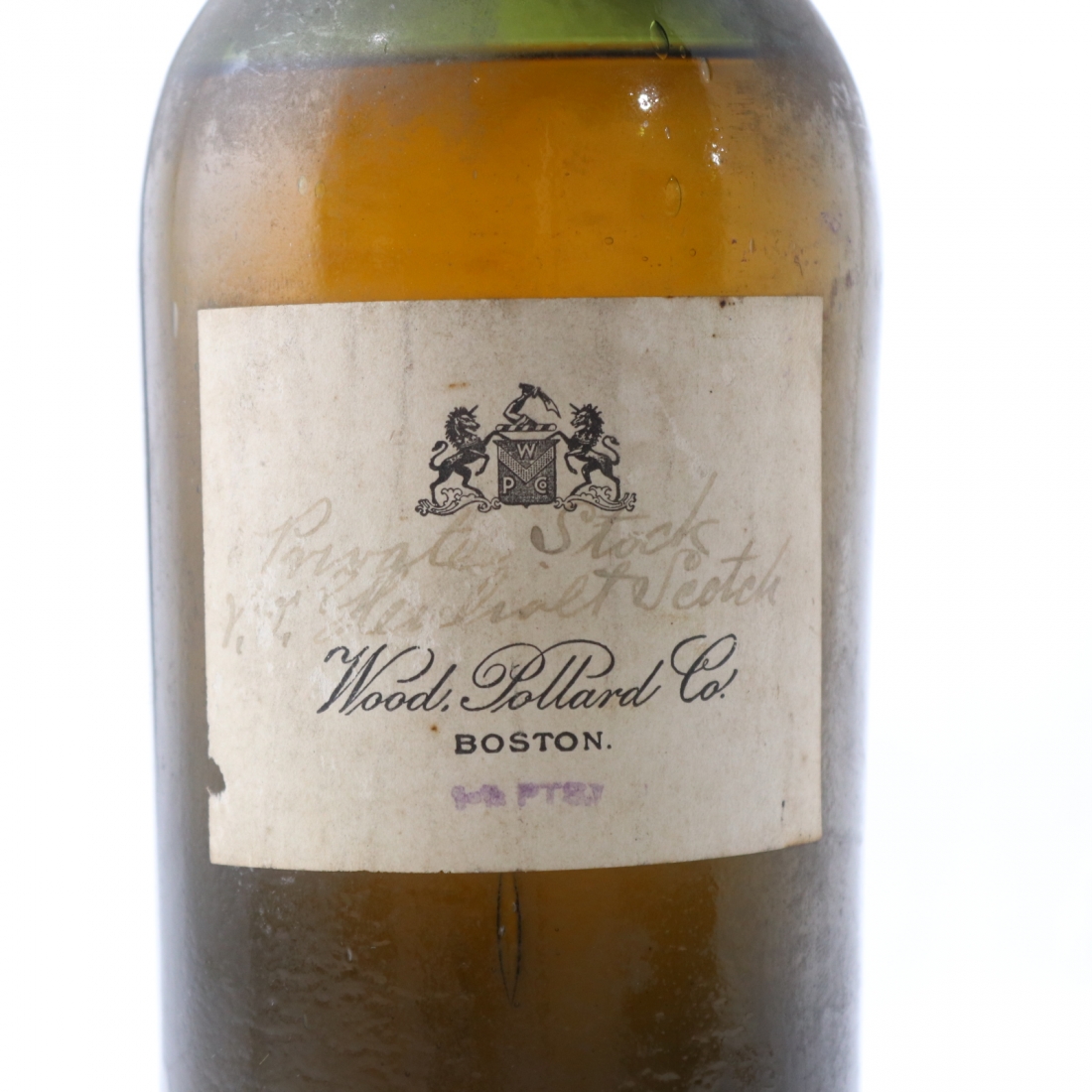 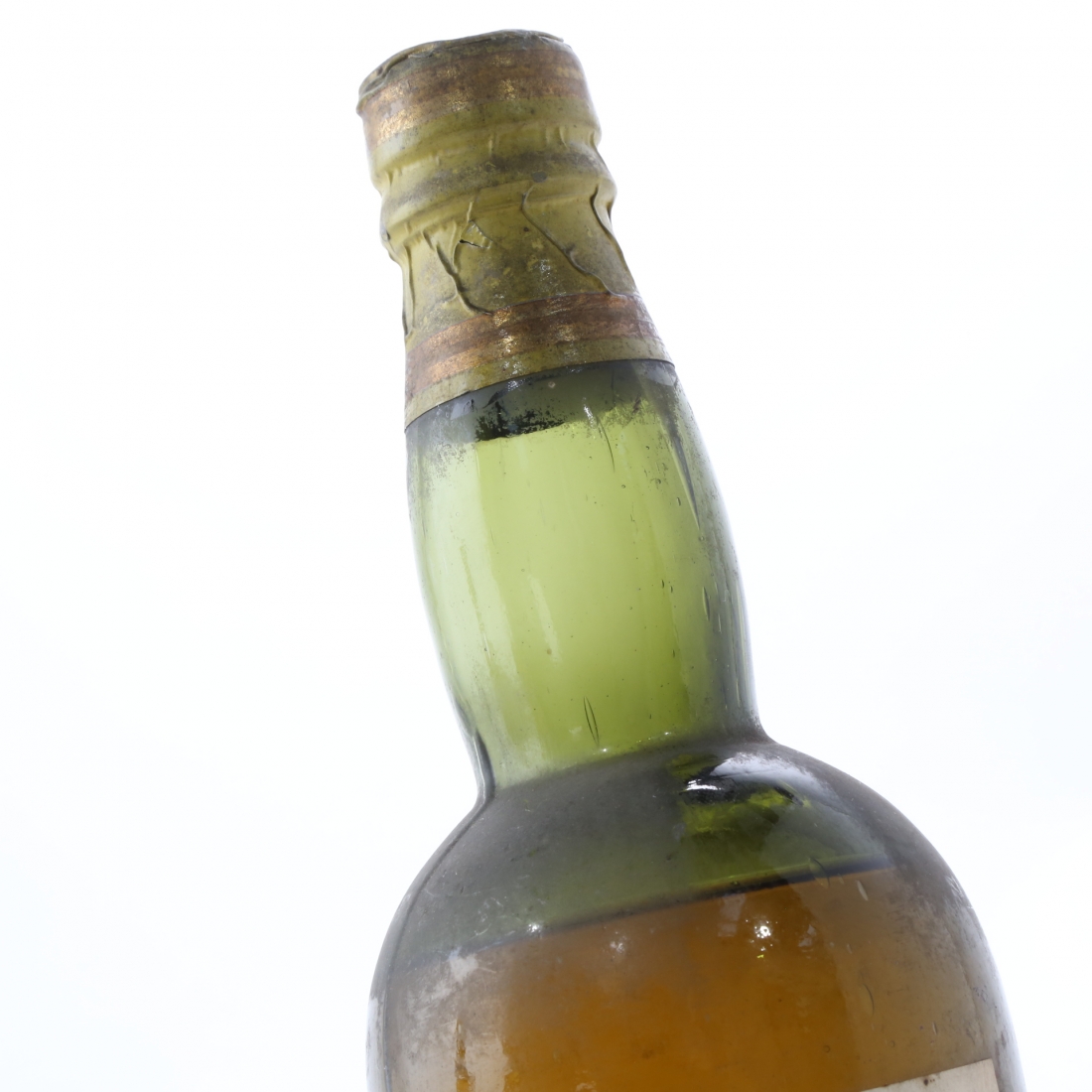 Bottled circa 1880s. Level at mid-shoulder. Standard sized bottle with no capacity or strength stated. Two part moulded glass with multiple inclusions and imperfections typical of glass manufacturing of this era. The label features a mix of printed and handwritten text all of which is in keeping with its age and production era. The ageing characteristics are uniform and consistent across glass, capsule and label.

Capsule is a lead foil seal over driven cork. Natural ageing apparent to capsule including oxidative deposits, foxing and accumulation of grime. All naturally consistent with a bottle of this age. The whisky inside the bottle remains clear with sediment and deposits typical of whisky bottlings from this era and age.

A carbon dating test has been carried out by specialist Gordon Cook at the Scottish Universities Environmental Research Centre (SUERC) which indicates that the liquid dates from between 1809 and 1900.

This bottle was purchased by the vendor privately from a wine merchant. The merchant acquired the bottle directly from the private collection of the grandson of one of the original founders of Wood Pollard in Boston.  The grandson confirmed the bottle as dating from the late 19th century. Wood Pollard was founded 1872 by Scottish immigrant Alexander Wood and his business partner, Marshall Pollard. Their liquor distribution operation on Boston's Broadway was a high-end retailer equivalent to Fortnum & Mason, and it regularly purchased whisky in cask for its customers. The business ceased trading in liquor in the 1920s following the enactment of National Prohibition in the US. With its links to Wood Pollard and Boston, this is a very rare bottle of Scottish whisky from the pre-Prohibition era in America.

This represents an extremely rare opportunity to acquire a genuine 19th century bottle of Scottish whisky. A remarkable example of Scottish distilling history and one of the earliest genuine bottle to come to the secondary market in the history of whisky auctioneering.

A digital copy of the carbon dating certificate and report produced by SUERC will be made available to the buyer of this lot.