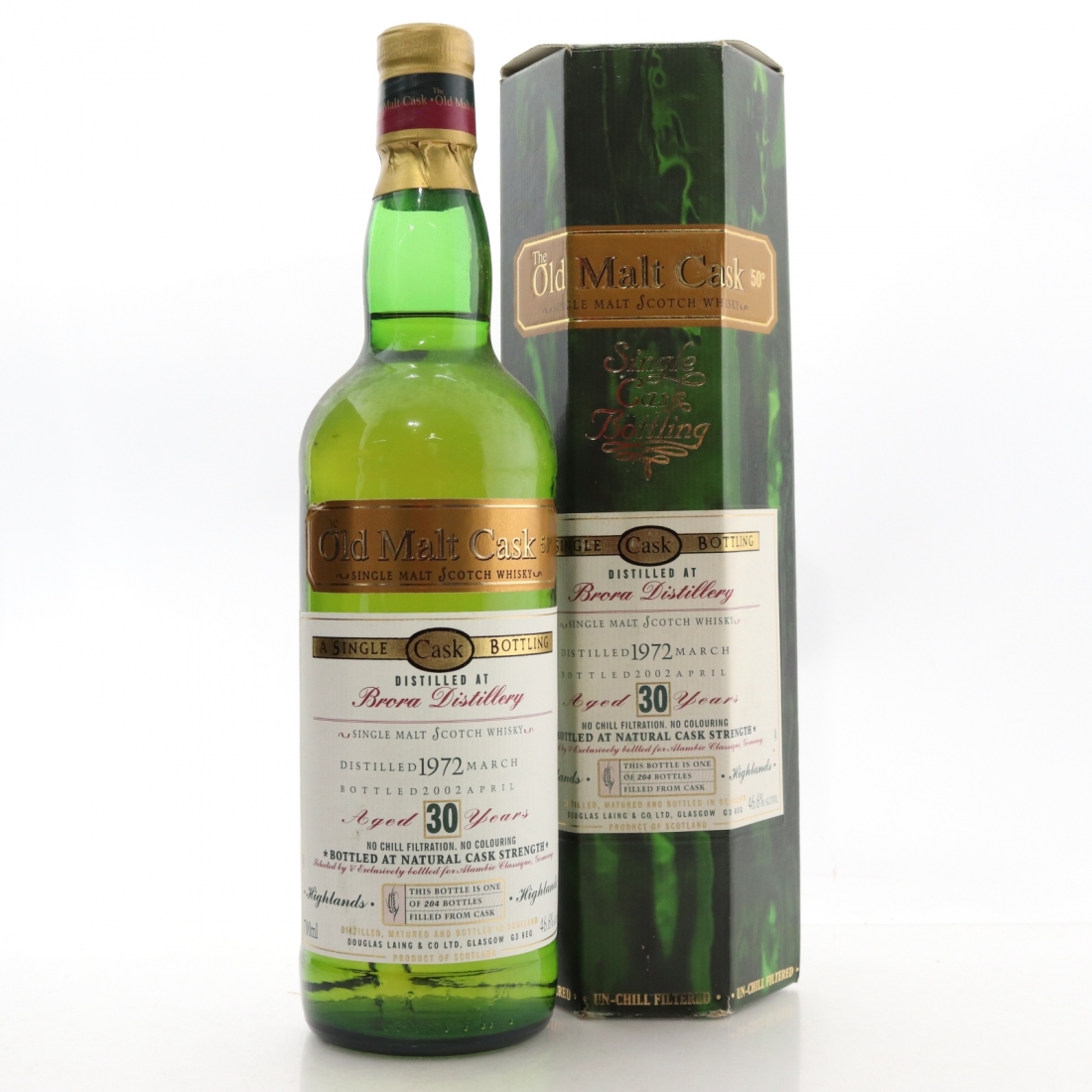 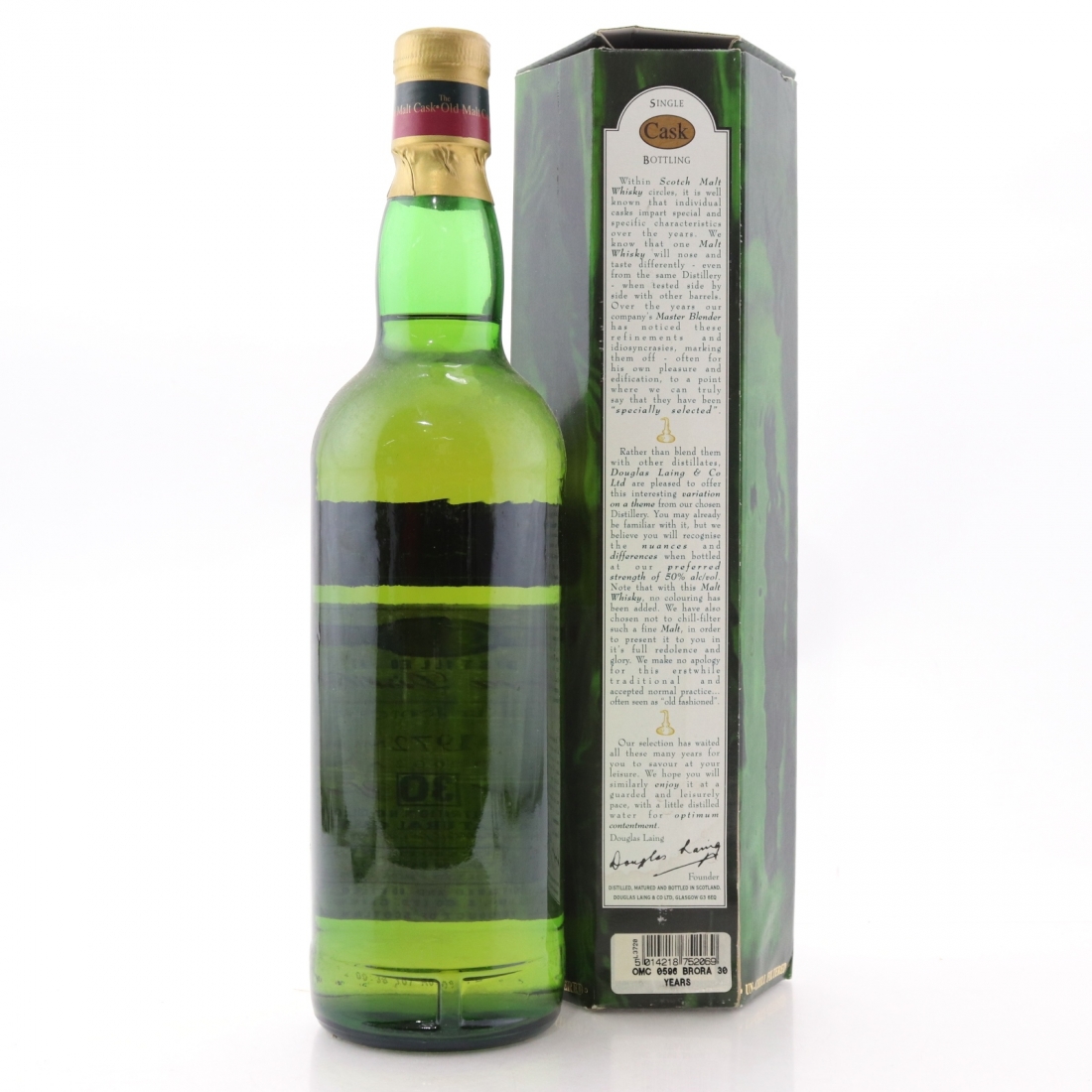 One of Brora distillery's legendary 1972 vintages. This was bottled in April 2002 by Douglas Laing for their Old Malt Cask range, when it was still part of their portfolio. The label has been bottled by Hunter Laing since 2013.

Brora was reopened after a brief hiatus in 1969 to produce heavily peated single malt for blending, owing to a shortage in Islay spirit caused by drought that year. Vintages from 1973 onwards reverted the lighter peated Highland style.

Brora distillery, formerly known as Clynelish has been closed since 1983, after a new distillery was built next-door in 1967, and eventually assumed the Clynelish name and sole distilling responsibilities. The original distillery bottlings are now increasingly sought after. 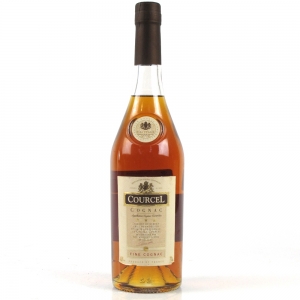 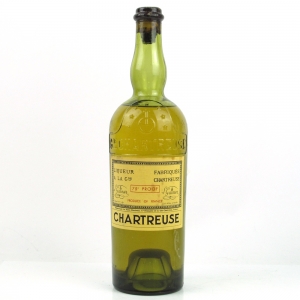 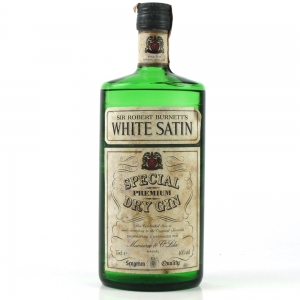 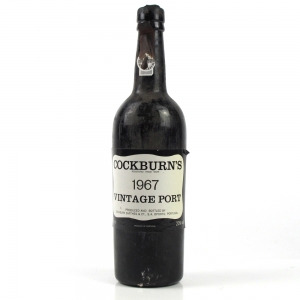