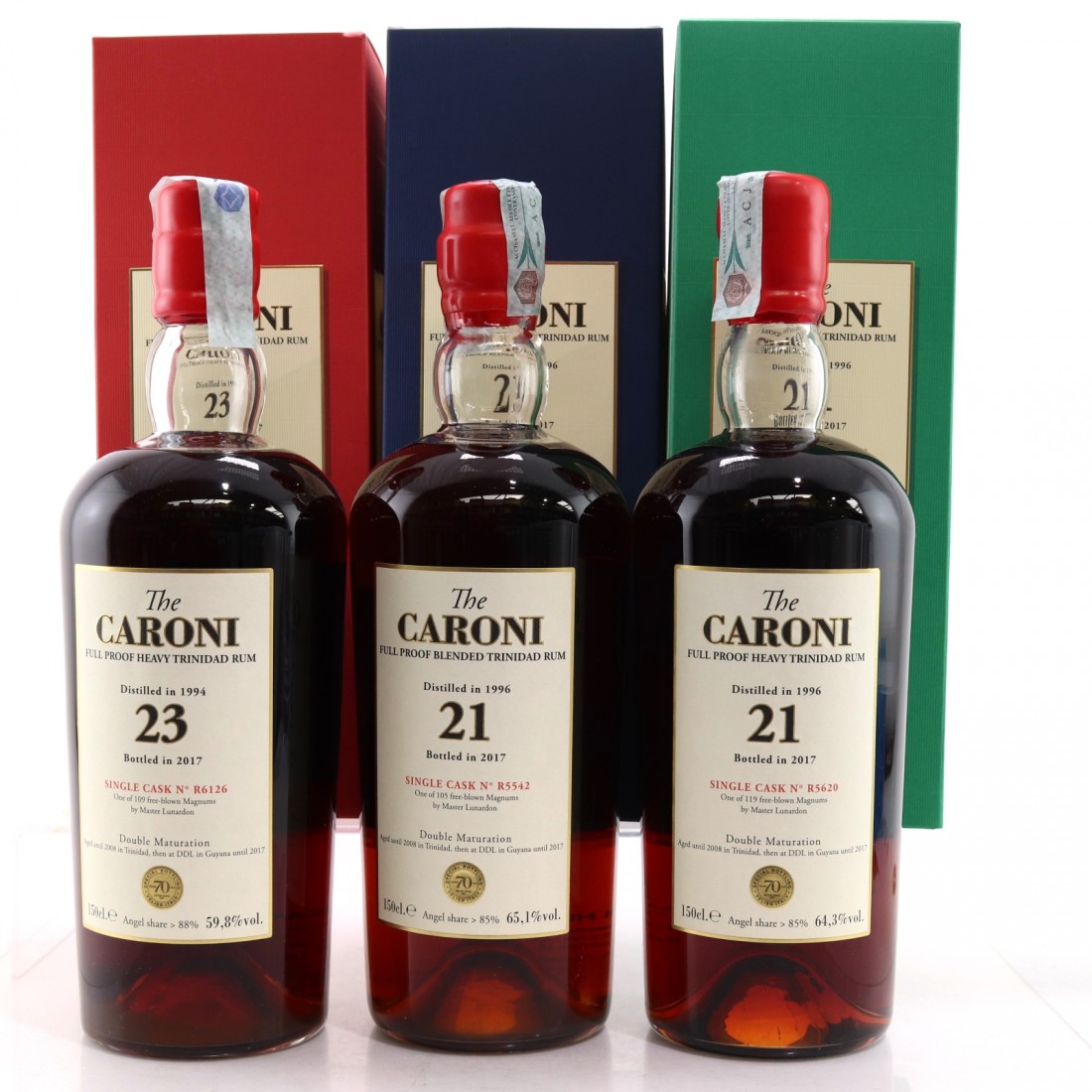 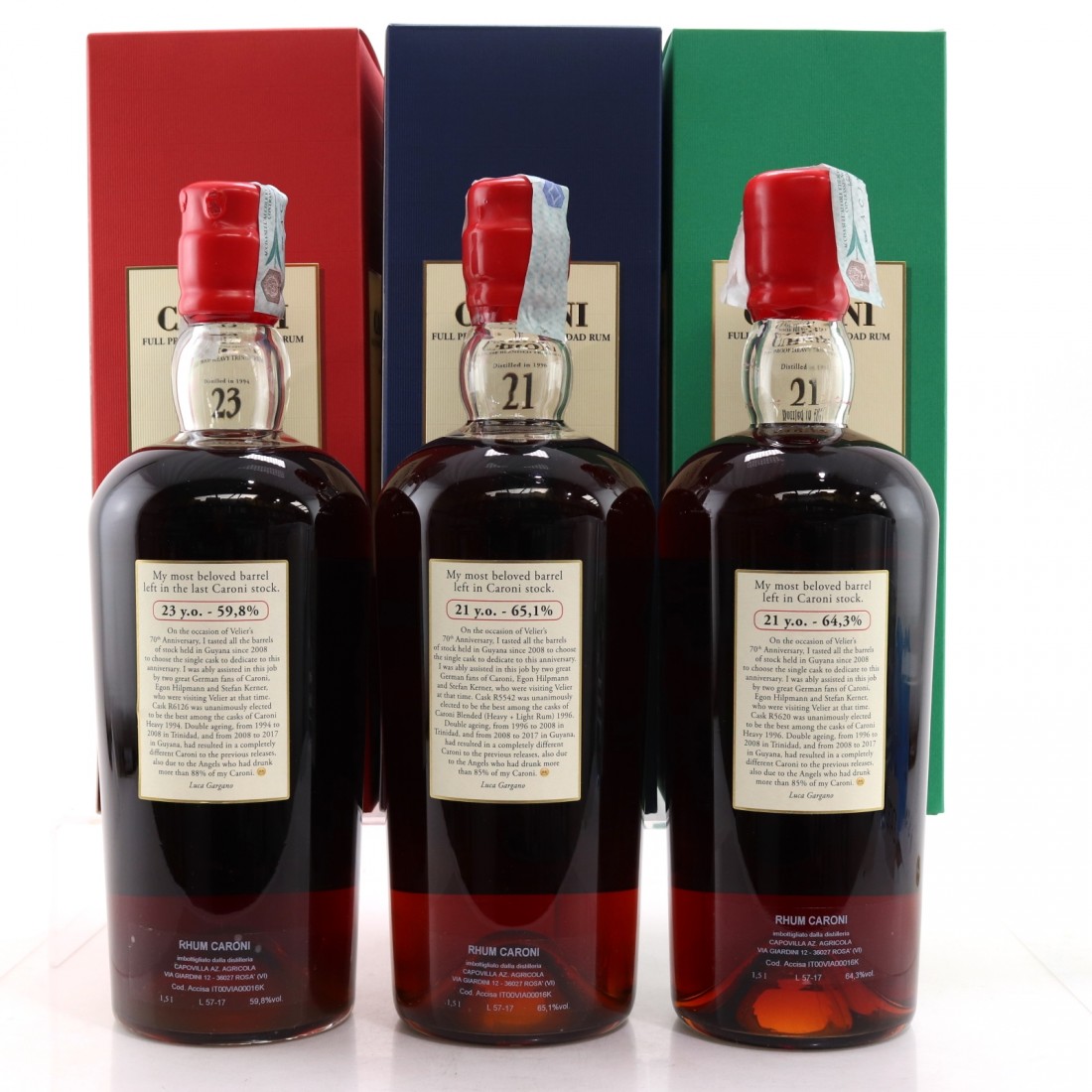 A trio of hand-blown magnum's, each containing a single cask rum from the lost Caroni distillery on Trinidad. Bottled for the 70th anniversary of legendary Italian import company, Velier. 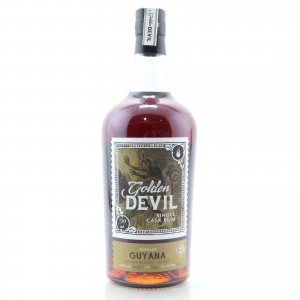 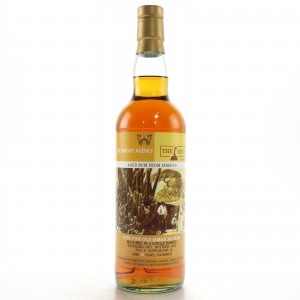 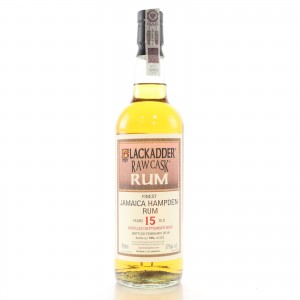 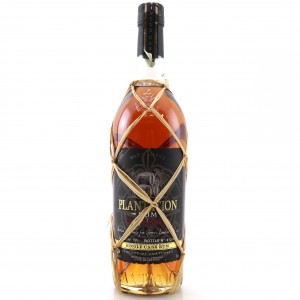