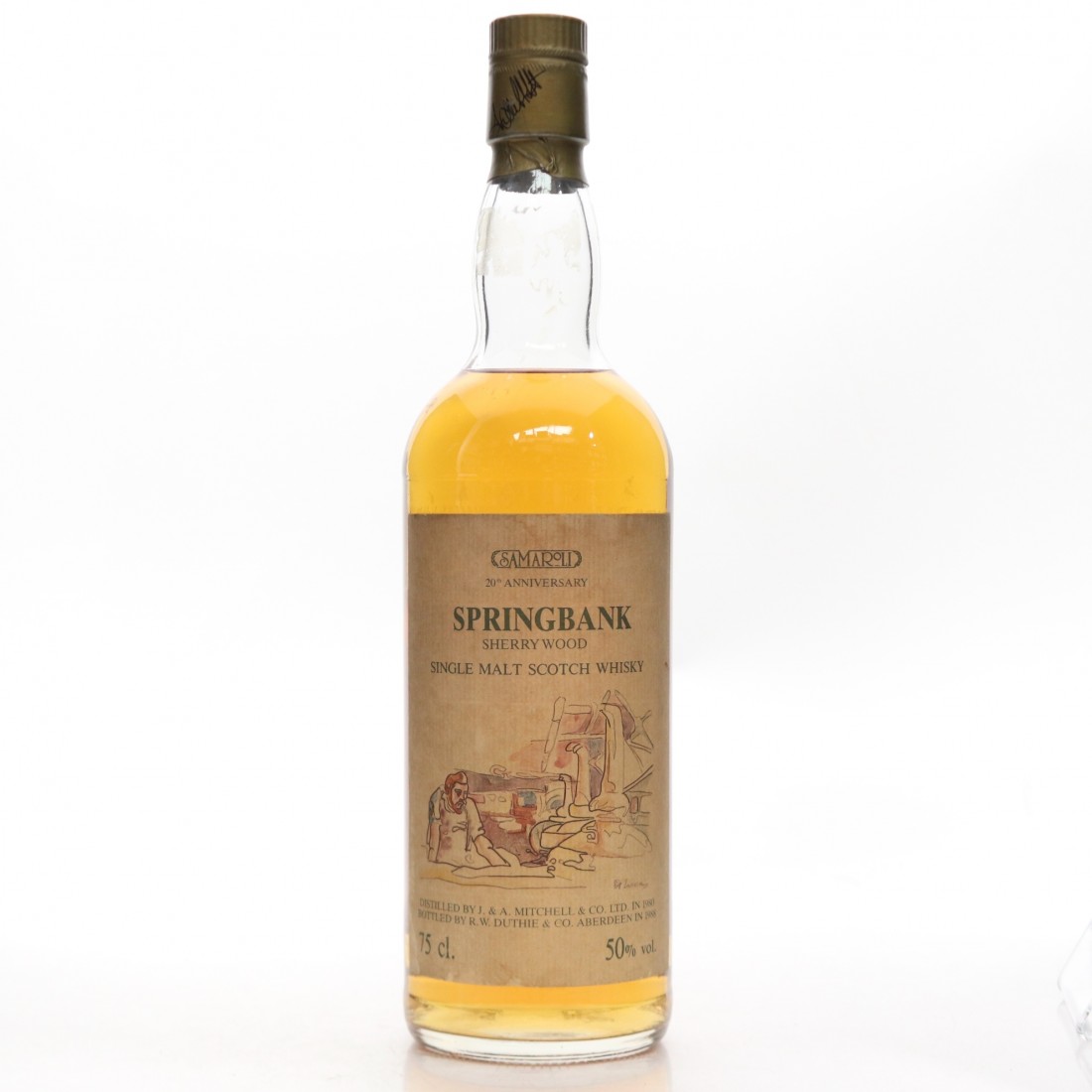 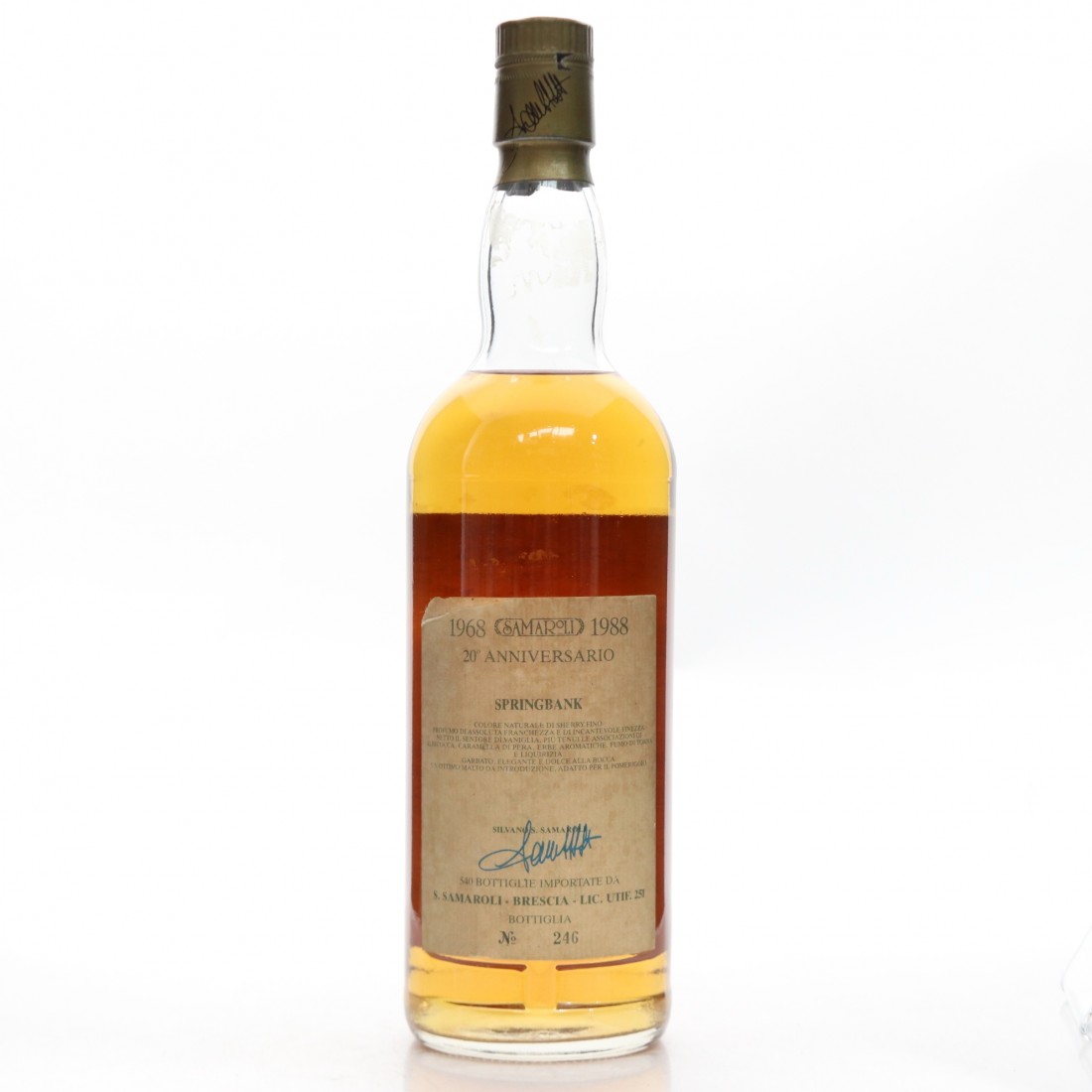 A rather unique and particular rare bottling of Springbank.

Distilled in 1980 and bottled in 1988 to celebrate the 20th Anniversary of Samaroli. The labels used for this series are re-appropriated from Silvano's first, the 1979 collaboration with Cadenhead's. This image was first used on the 22 year old Highland Park from that range.