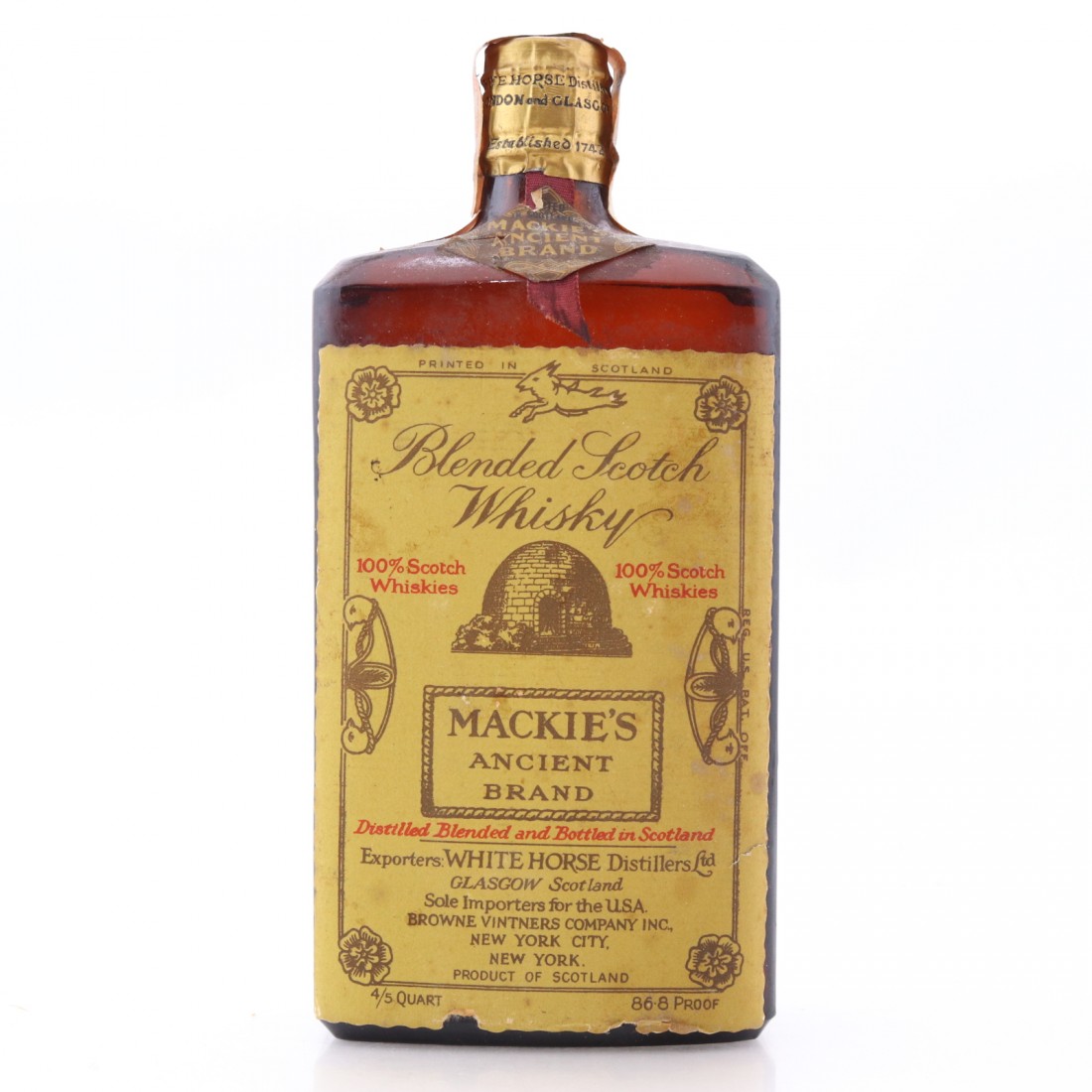 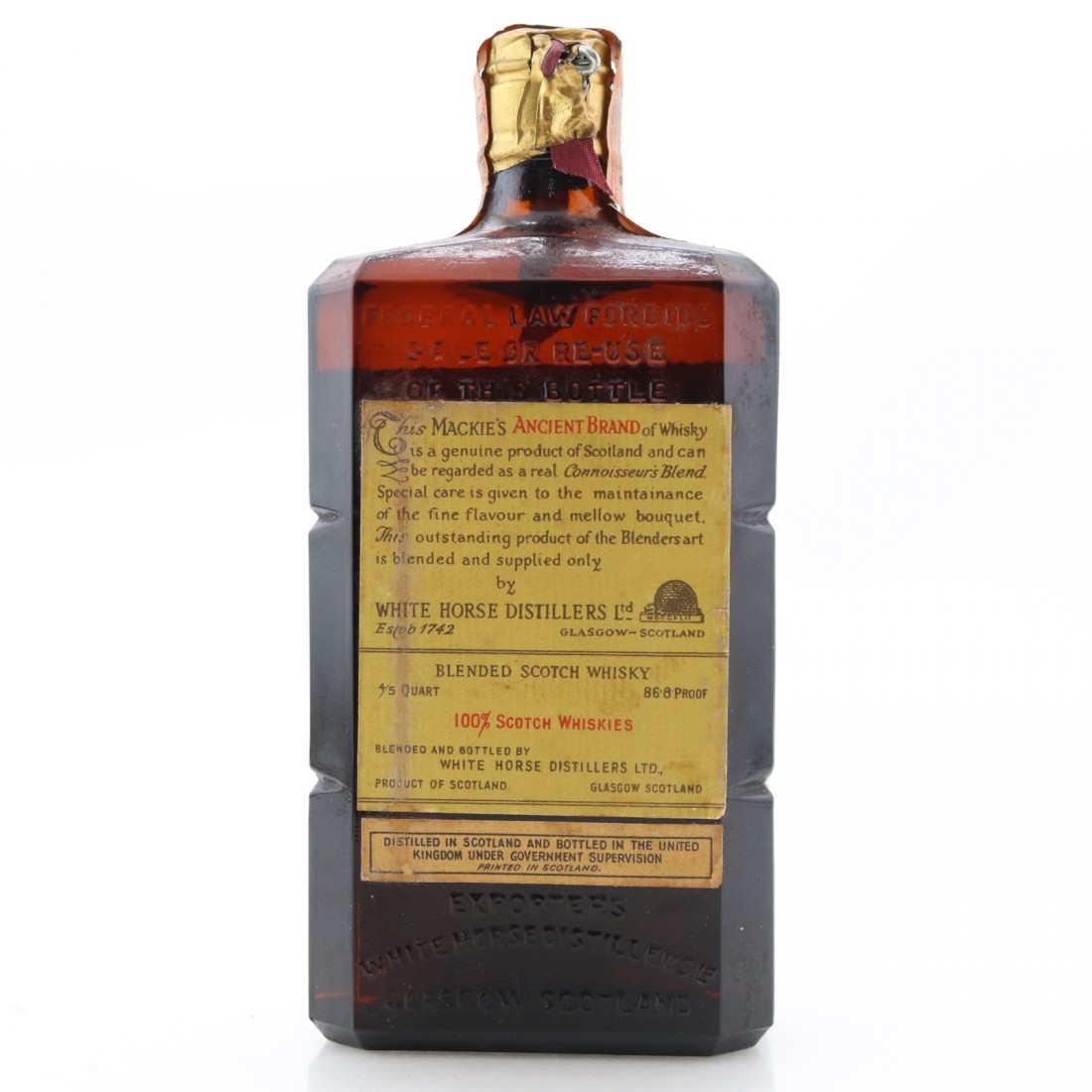 A very old bottle of blended Scotch whisky, likely containing a proportion of the near mythical Malt Mill single malt. This is the spirit that had its legend bolstered in the 2012 Ken Loach film, The Angels' Share.

This blend takes its name from the infamous Sir Peter Mackie, once proprietor of Lagavulin distillery, and agent for neighbours, Laphroaig. After losing the contract for the latter, he built an exact replica on the grounds of Lagavulin, designed to precisely replicate the output of Laphroaig. This distillery was Malt Mill.

Almost all of the whisky produced at Malt Mill was used for this blend, which is why the discovery of a single fictitious cask was premise enough for Scotch whisky's finest heist movie.

This was imported to the US market by Browne Vintners Company, NY. The US version of the bottle was labelled as "Ancient Brand" as opposed to the "Ancient Scotch." The domestic market product also stated Malt Mill as the home of White Horse distillers on the label, with this US version favouring the more straightforward Glasgow. They are however the same product in the bottle, and this is the blend with the sought after Malt Mill as its base.

Additionally of note is the use of the spring-cap for the US release as opposed to a screw cap or driven stopper. These types of closure have been praised by distillers as virtually airtight, meaning this bottle should have been spared the effects of any oxidisation, preserving the flavour from the day it was bottled.

The US tax strip on the bottle dates it to some time after 1945. Malt Mill was eventually closed in 1962.