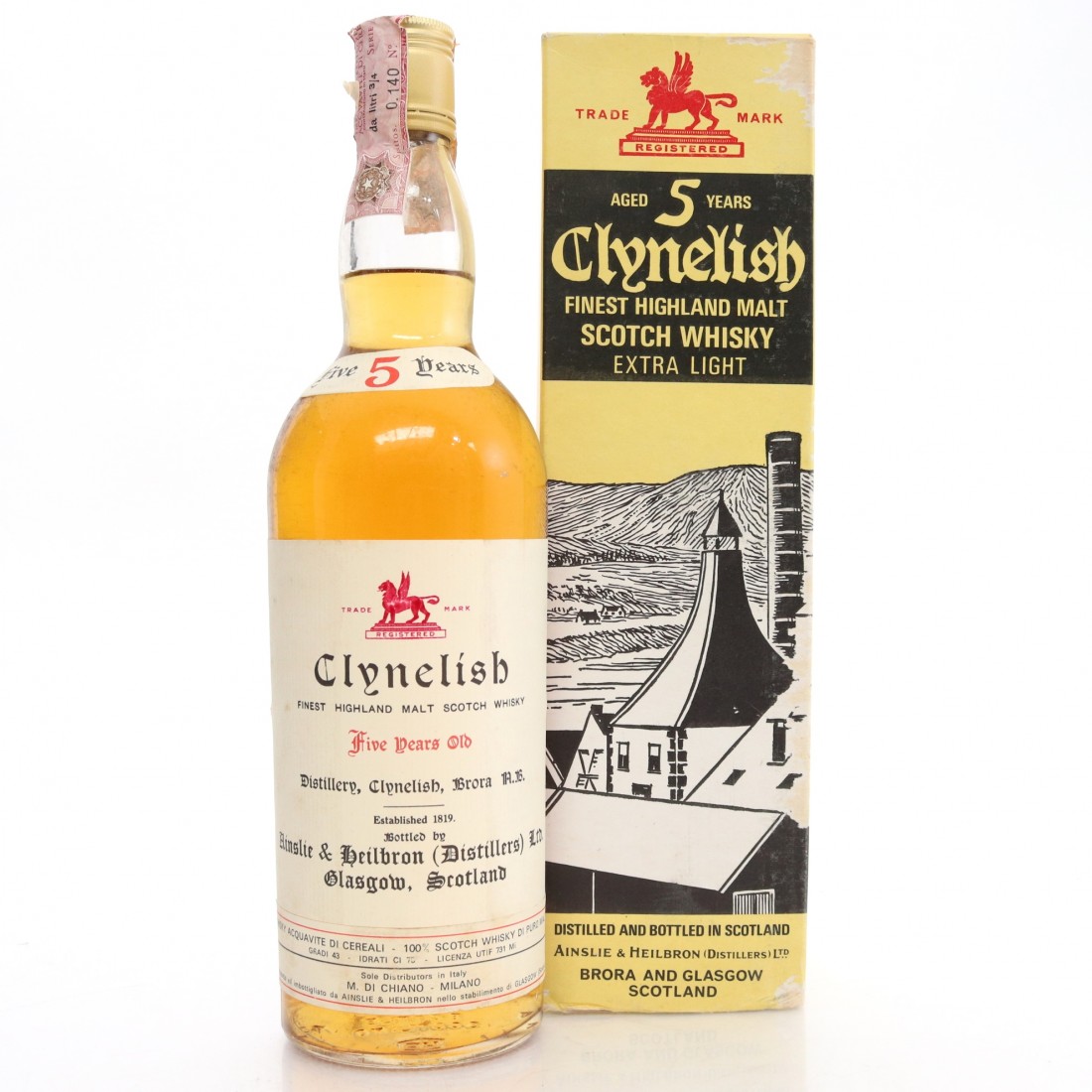 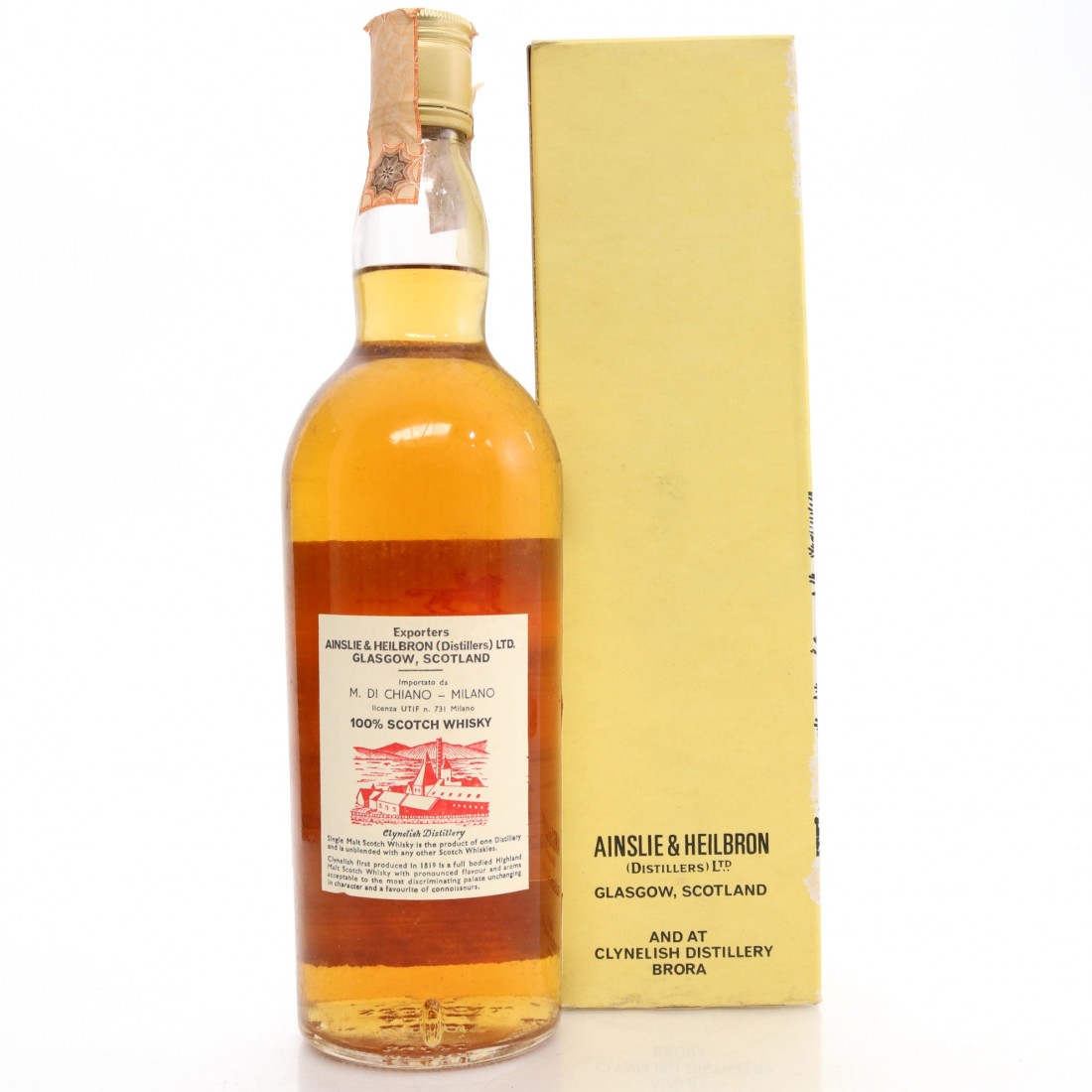 A rare 1970s bottling of Clynelish by Ainslie & Heilbron Distillers. This 5 year old bottling was distributed in Italy, by Di Chiano.

This is the early 1970s style of the 5 year old, and will contain single malt from the original Clynelish distillery, nowadays referred to as Brora. This distillery was closed in 1969 when the current Clynelish was built nextdoor, re-opening the following year to produce heavily peated whisky to make up for a shortfall after a drought on Islay.