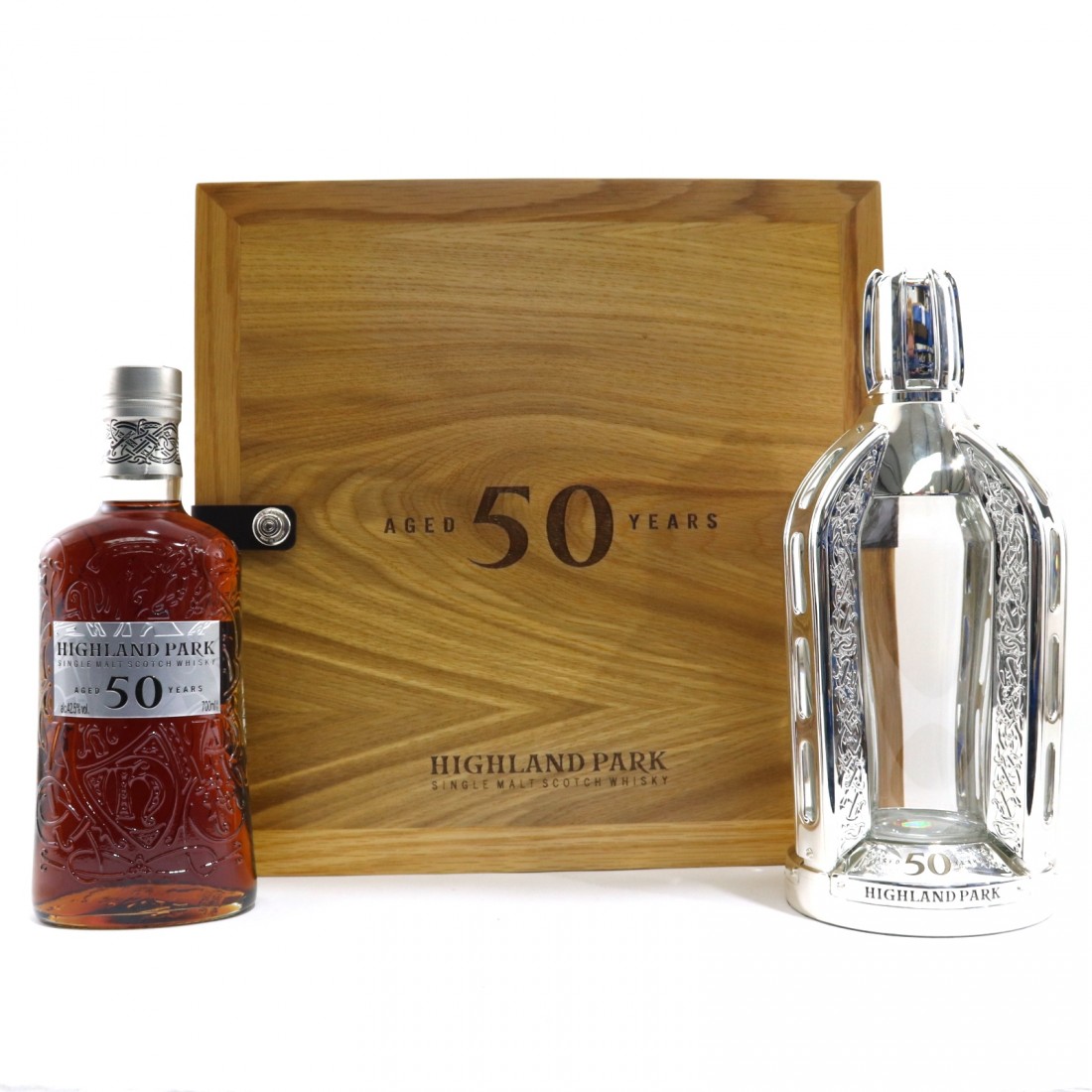 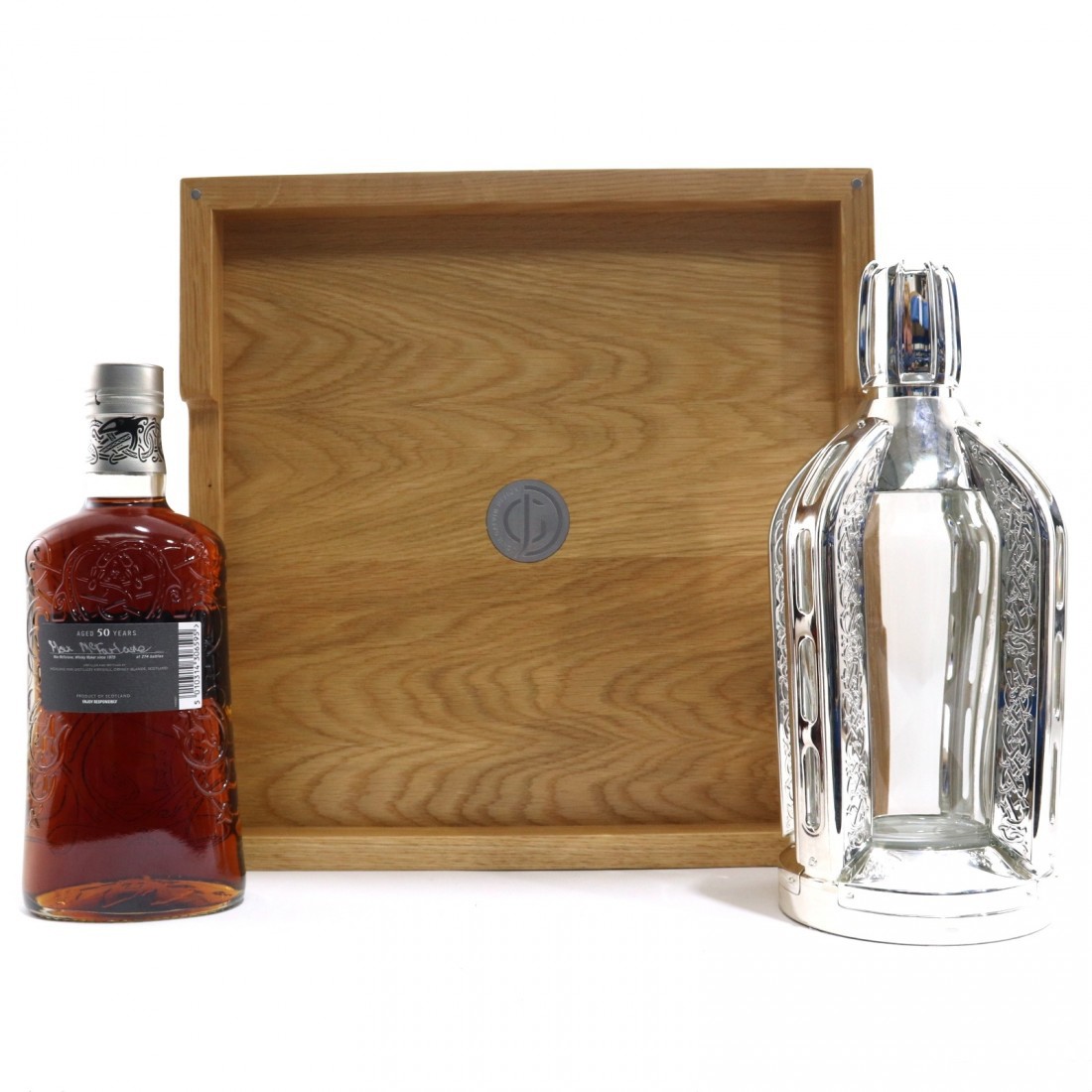 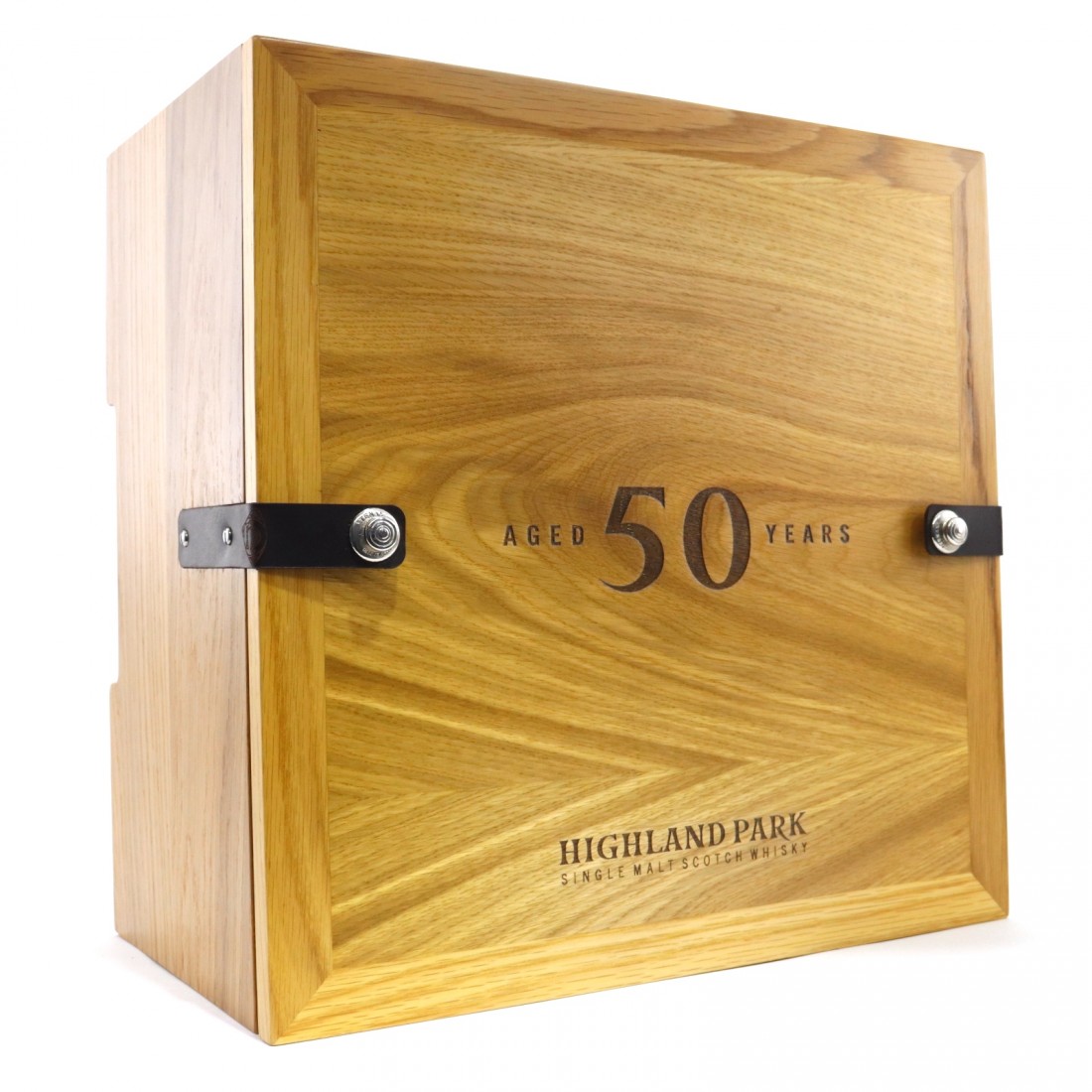 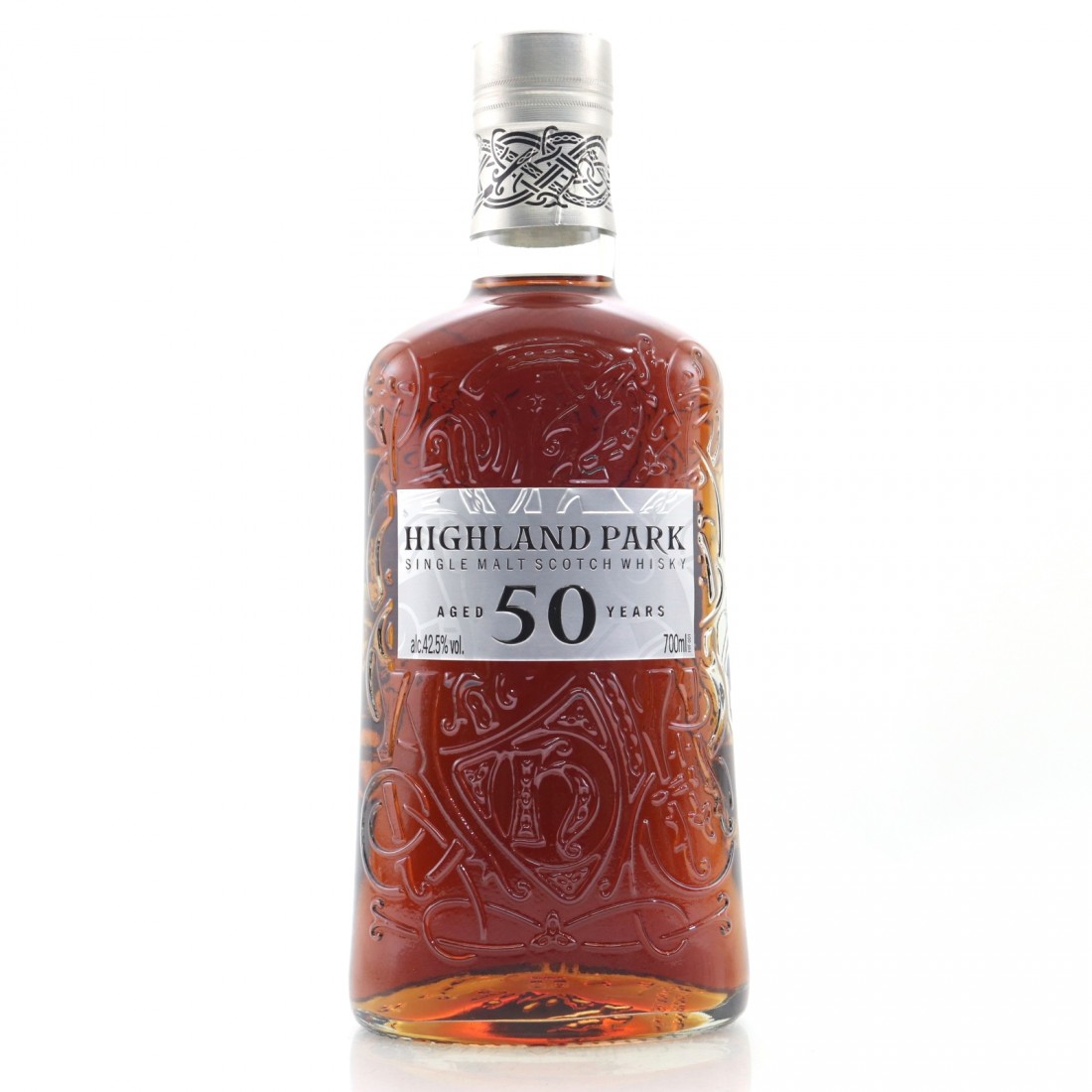 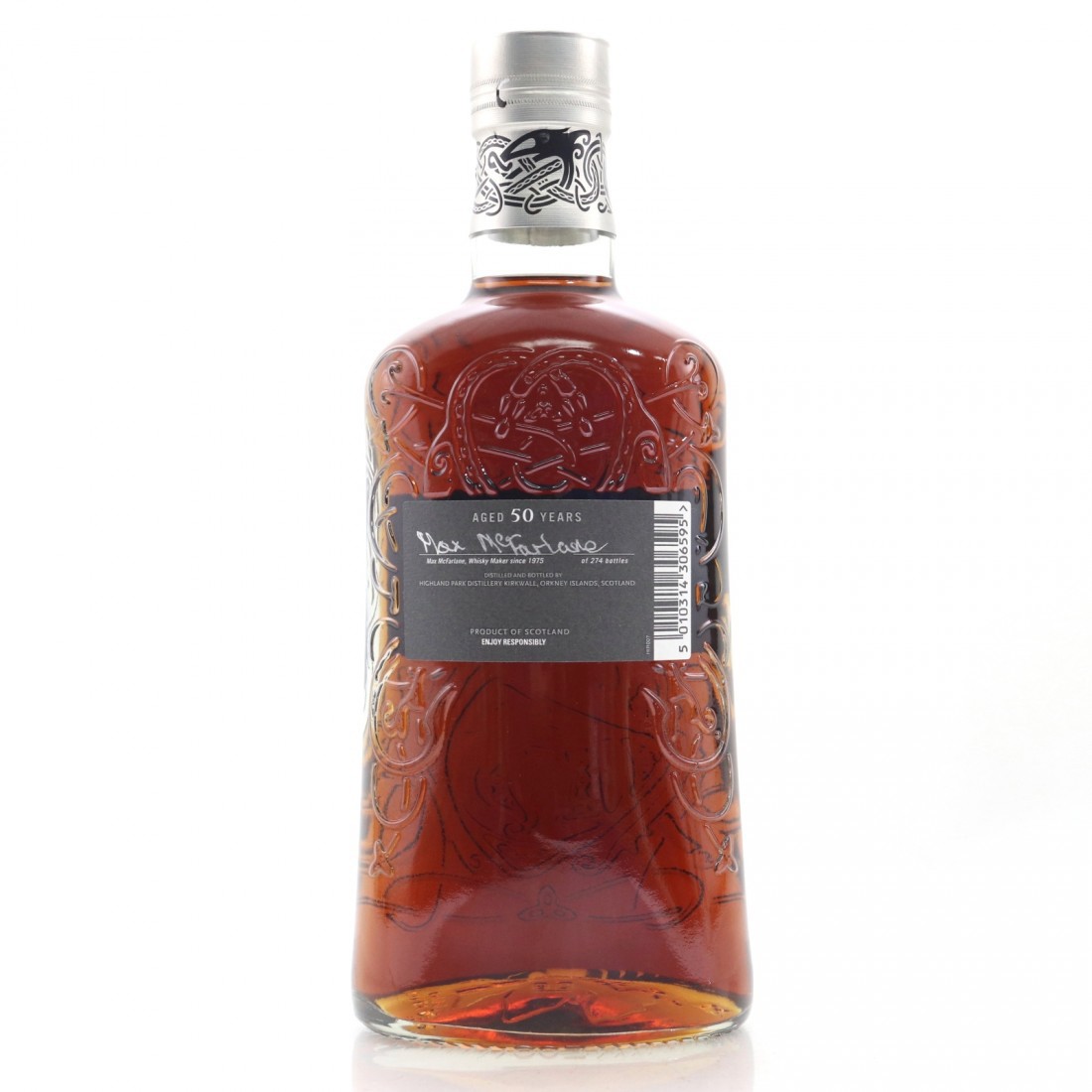 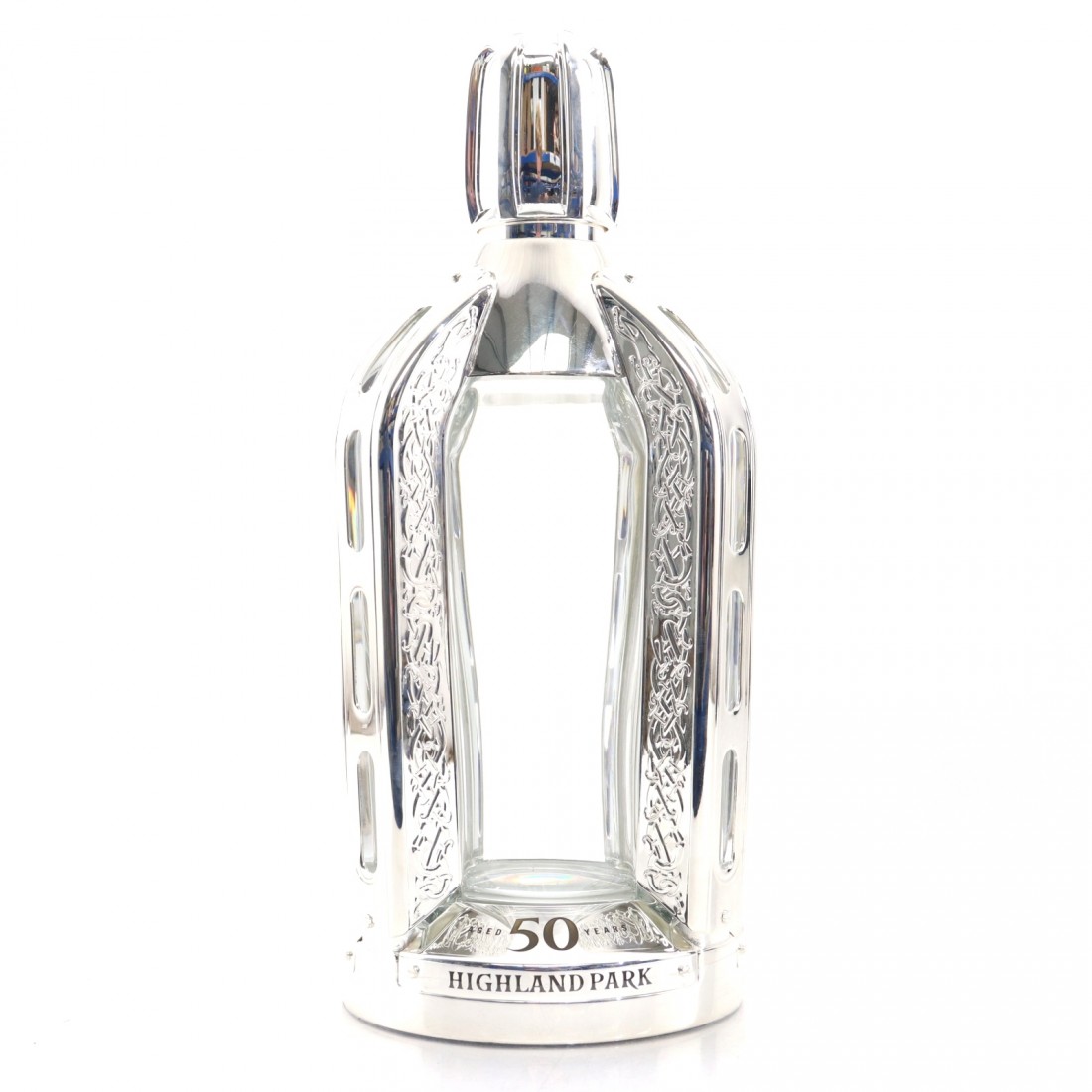 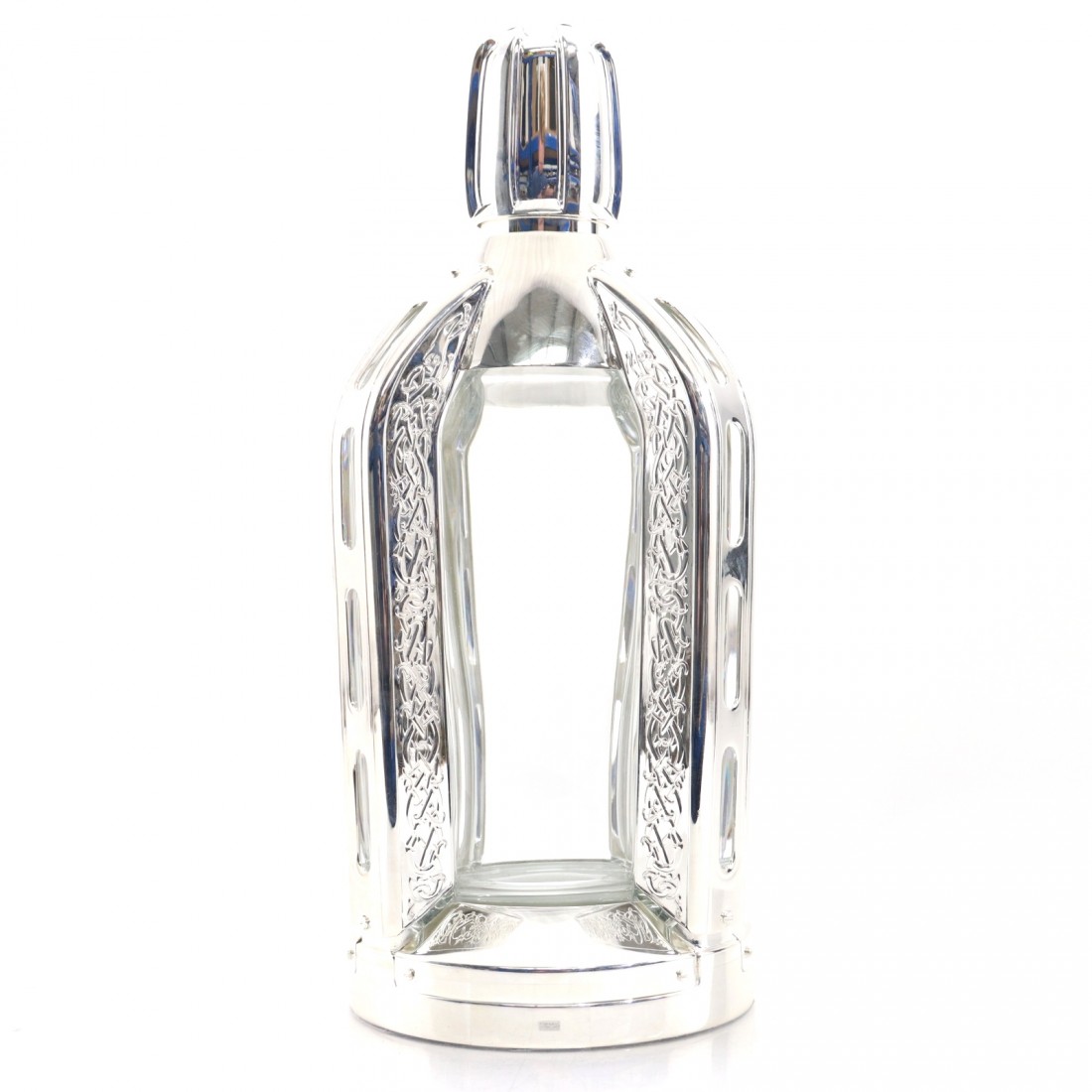 The liquid is a vatting of just two Spanish oak, sherry seasoned, hogshead casks which were filled in 1964. The casks had lay undisturbed at the back of warehouse number 7 at the Highland Park distillery until 2008 when they were first sampled and considered to be of astonishing quality. Due to the incredible quality of the liquid, it was decided to transport the casks separately to Highland Parks warehouse in Glasgow where they were married. When they brought the two casks together a small amount of the original Highland Park 50 Year Old released in 2010 was added to the vatting. The liquid was then bottled in 2018.

The whisky comes in an oak box made by Scottish designer and master craftsman John Galvin, which contains a bottle of Highland Park 50 Year Old, a striking crystal decanter encased in polished silver-plated metal and a leather book about the whisky’s development.

The bottle number of this particular lot has been obscured at the request of the seller. This will be made available to the buyer 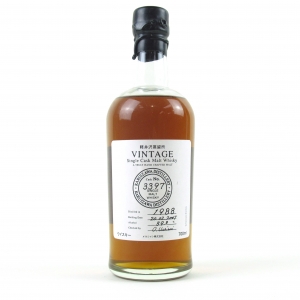 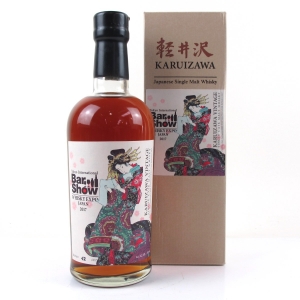 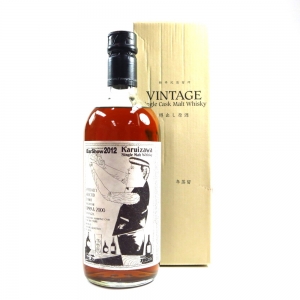 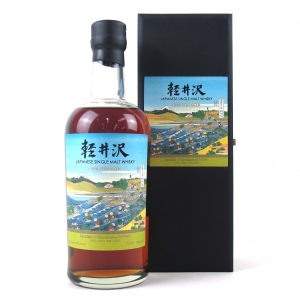