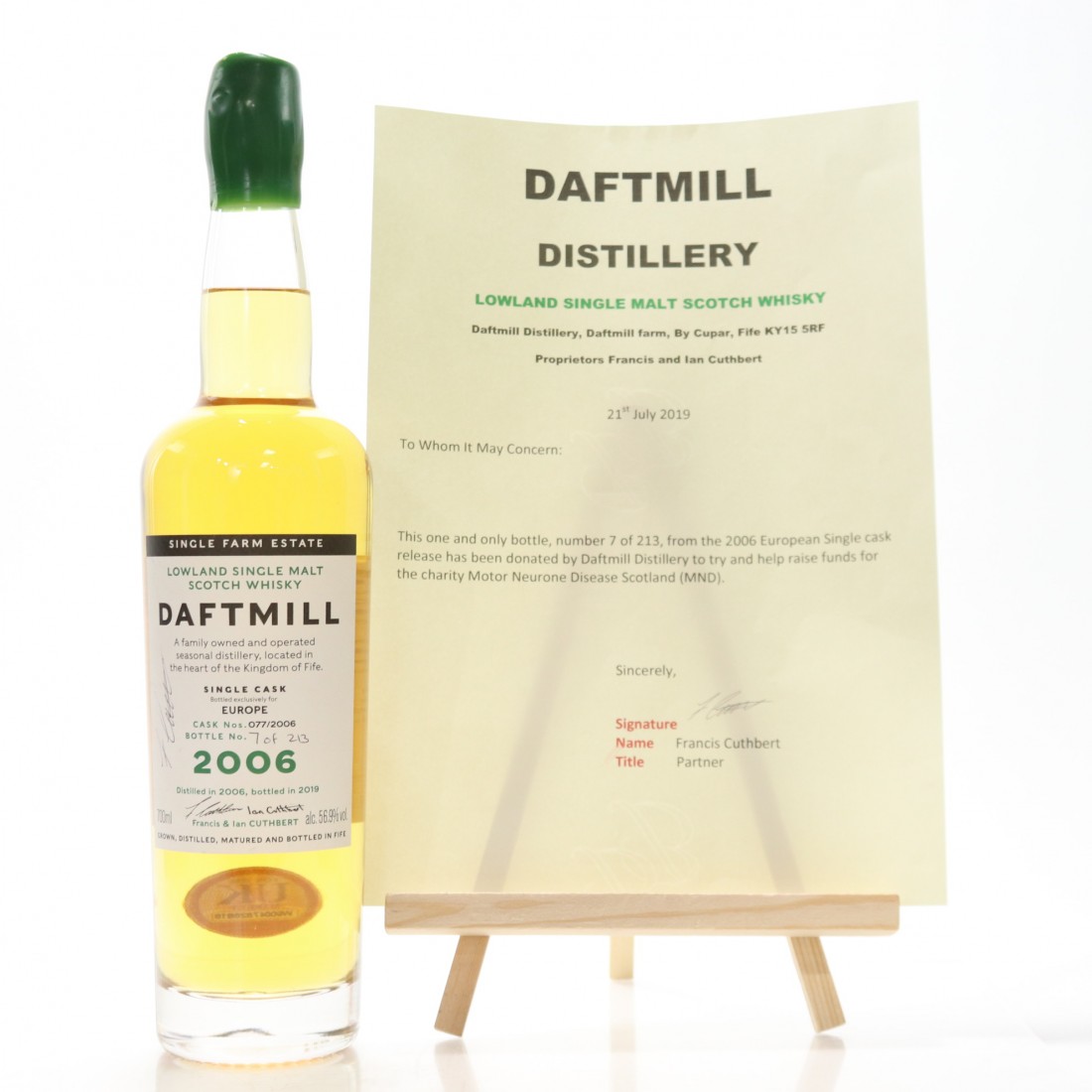 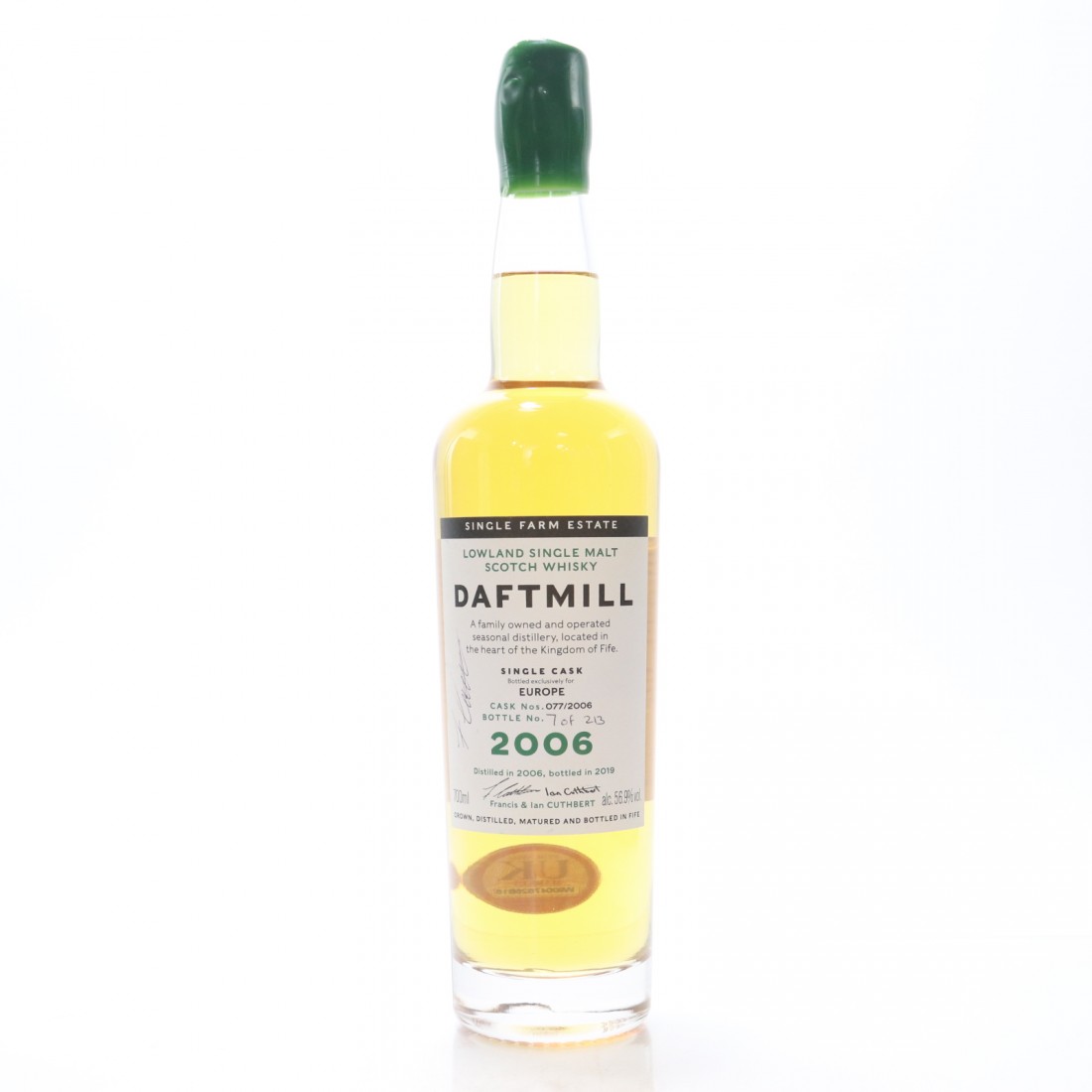 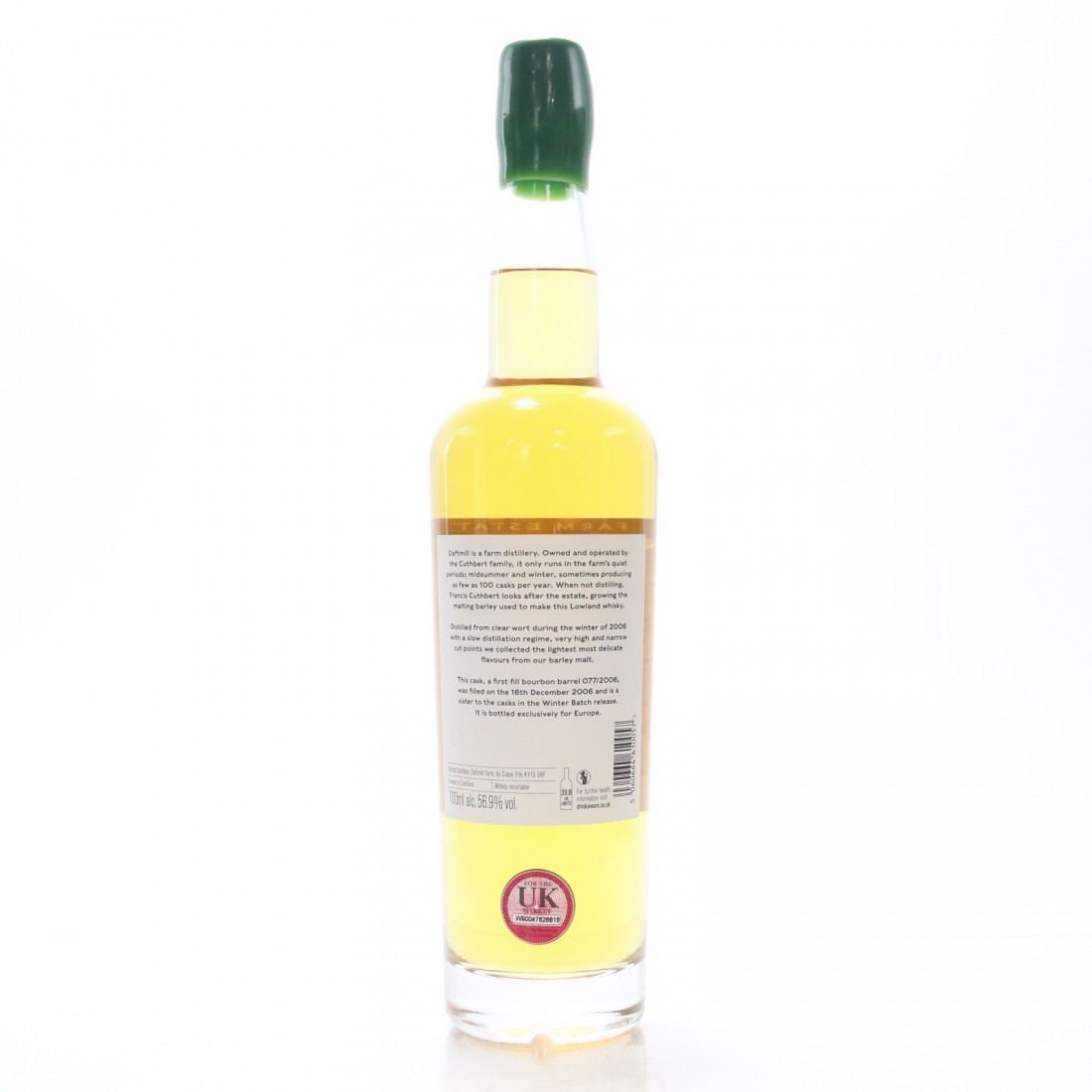 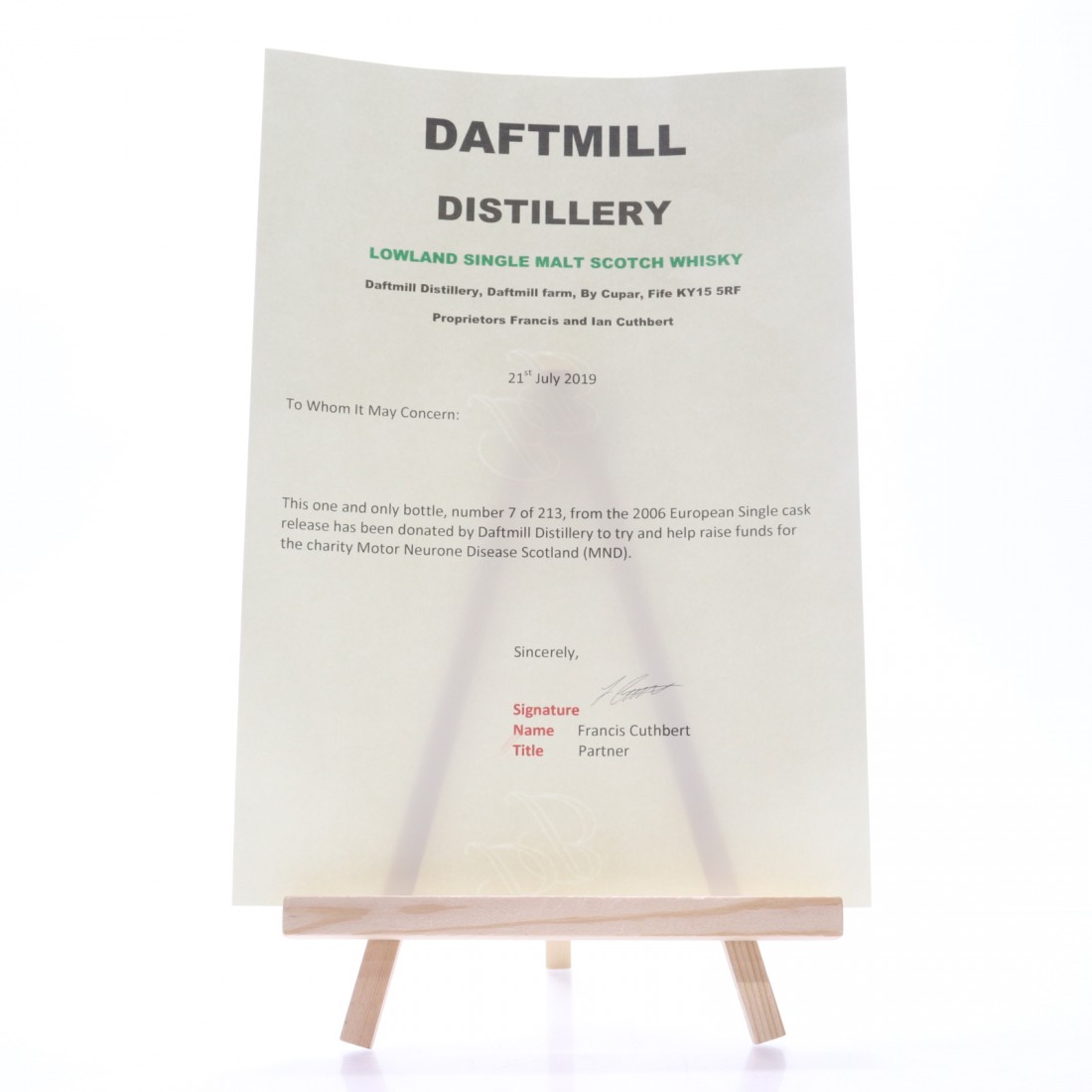 First fill ex-Heaven Hill bourbon barrel #77 was filled on 16th December 2006 and is a sister cask to those bottled for the 2018 Winter Batch release. This cask was bottled exclusively for retail in Europe.

Bottle 7 from cask #77 has been kindly donated by Daftmill distillery proprietors, Francis and Ian Cuthbert, to Mr James Aitken to help raise funds for Motor Neurone Disease Scotland (registered SC217735). All proceeds from the sale of this bottle will be donated to the charity.

In addition to auctioning this bottle, Jim will be completing a cycle ride over the Forth Road Bridge on 4th August, and an abseil down the bridge in October. If you would like to find out more about this, and donate to his cause, you can do so here: 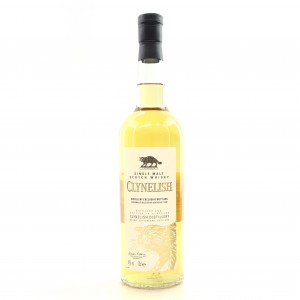 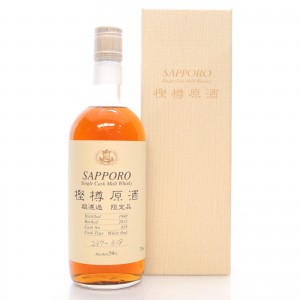 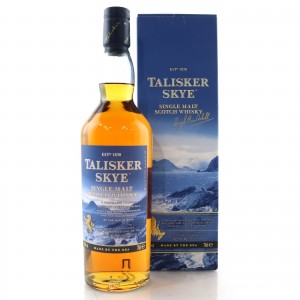 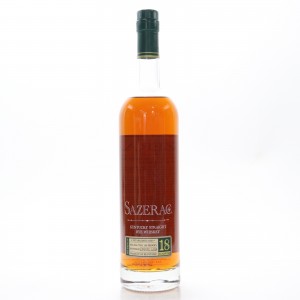