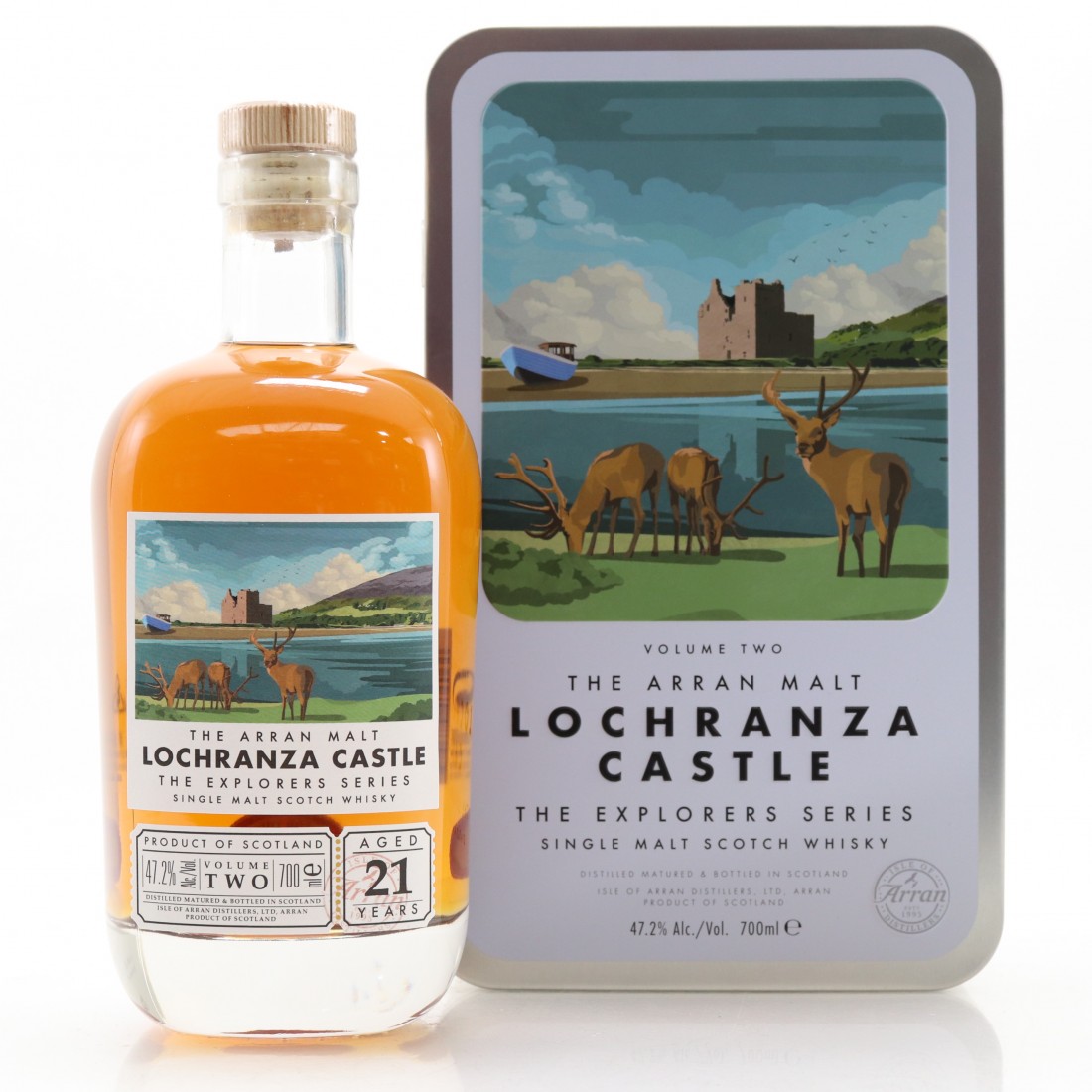 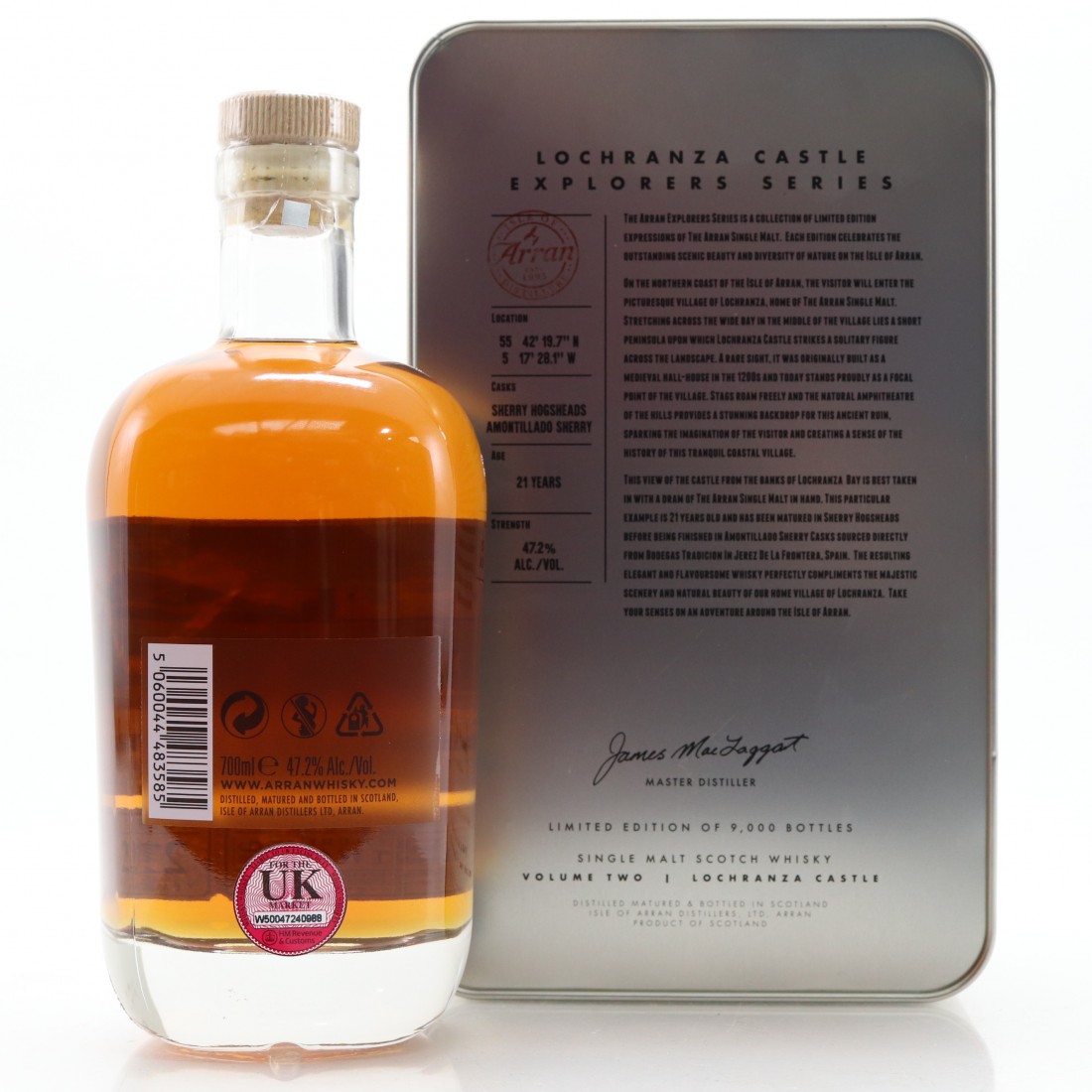 This is the second release in Arran distillery's The Explorers Series. It replaced the now-discontinued Smugglers' Series which celebrated the island's illicit whisky history. This range instead celebrates the island's natural charms.

The second expression is titled Lochranza Castle, with the label depicting the distillery's neighbouring castle on the northern tip of the island.

This 21 year old was matured in sherry hogsheads before being finished in Amontillado sherry casks sourced from the Bodegas Tradicion in Jerez. 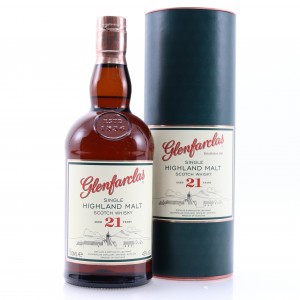 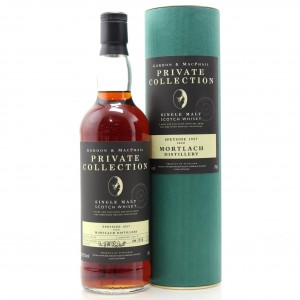 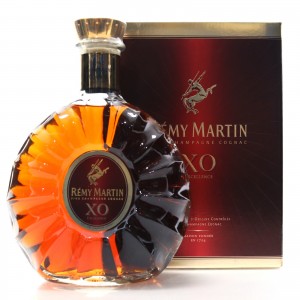 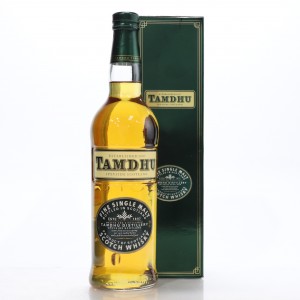