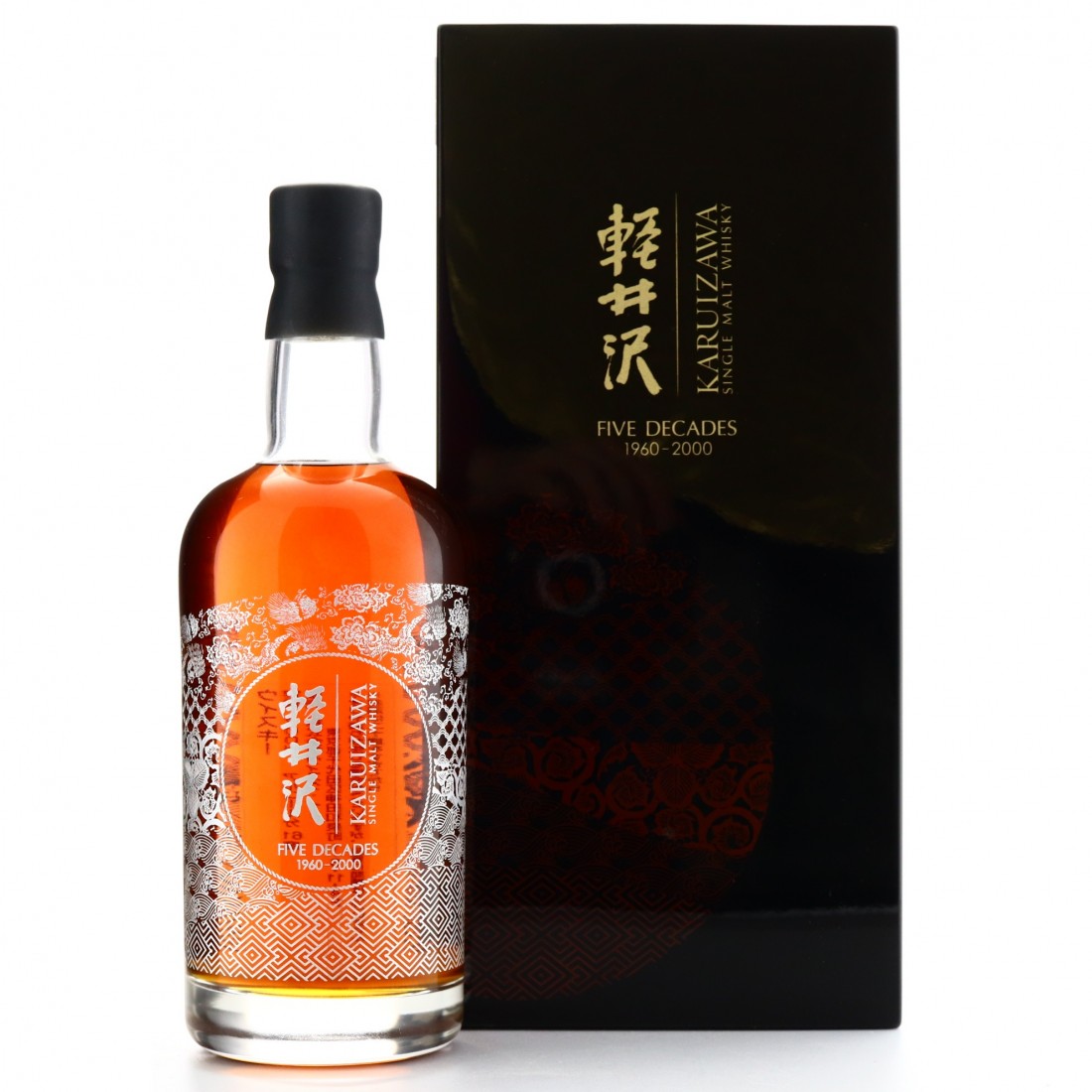 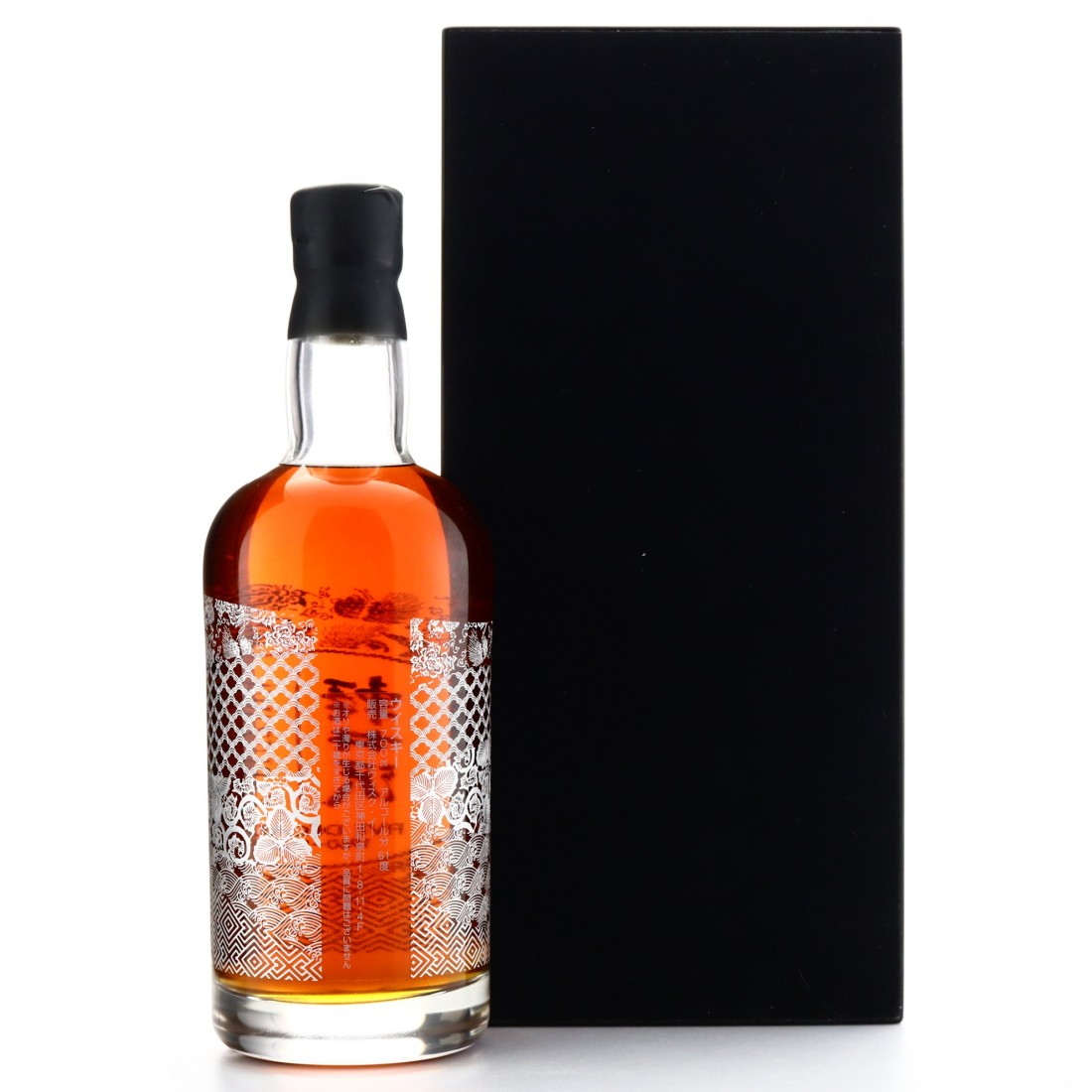 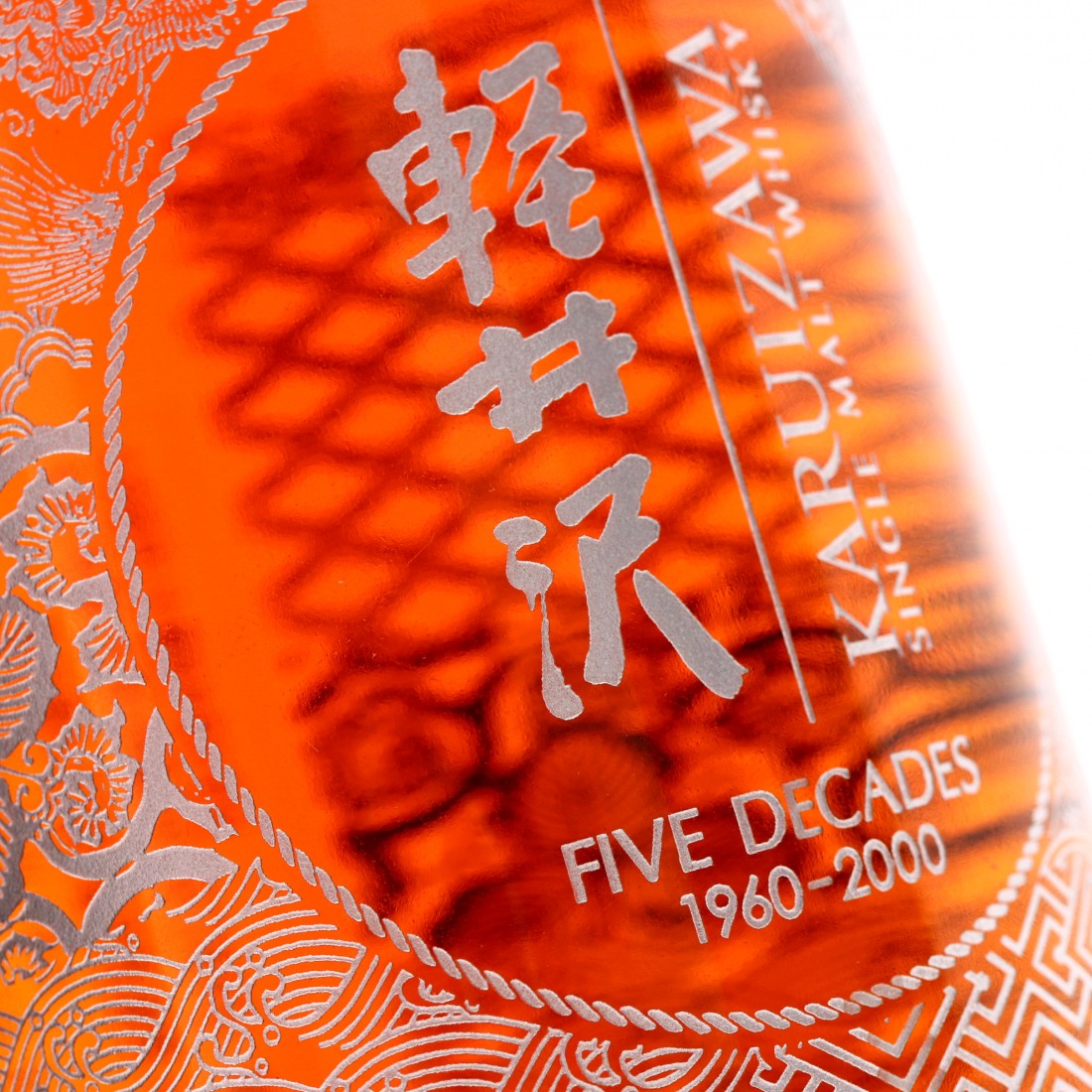 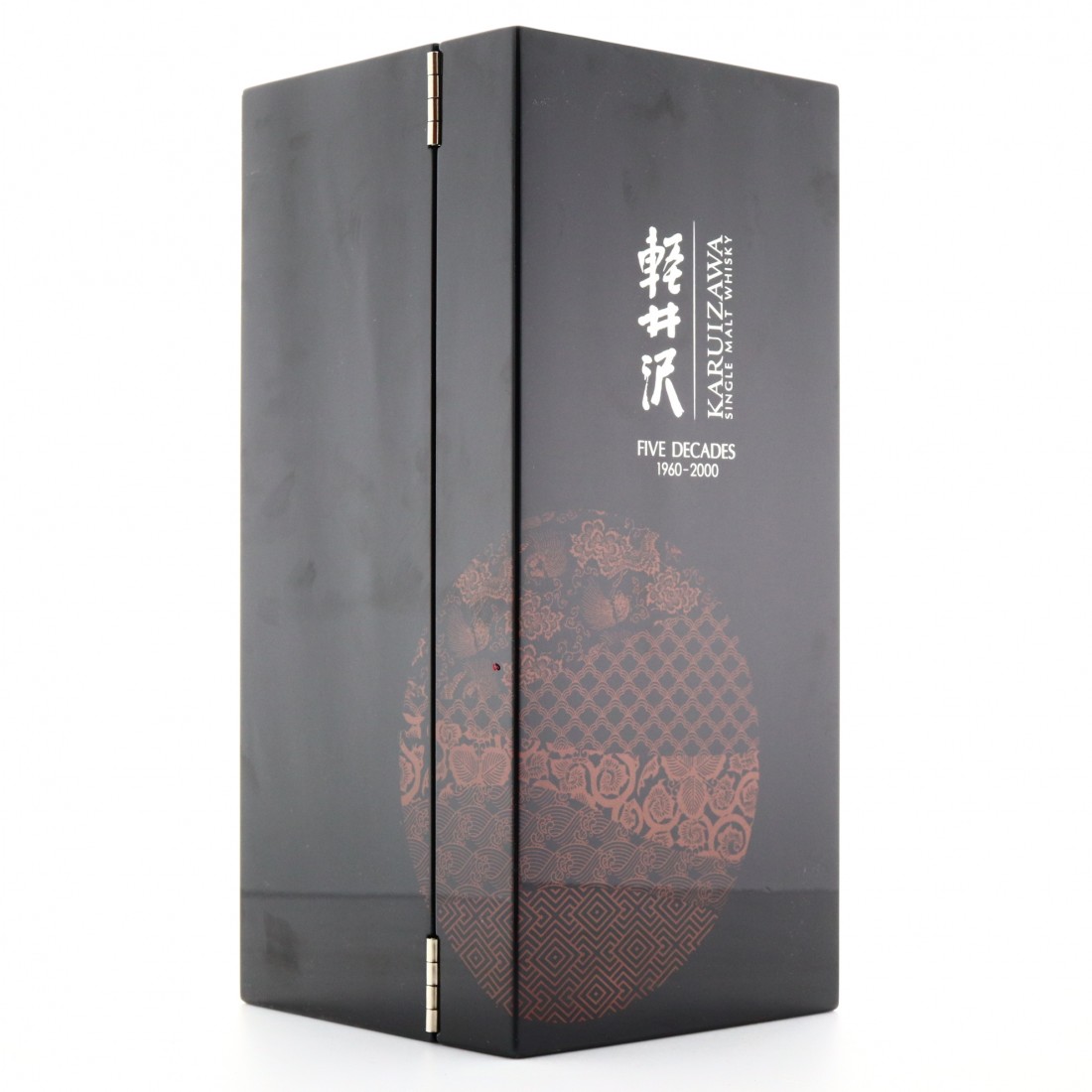 One of the most exciting new releases of the past year. This very exclusive bottling of Karuizawa was launched at department store Isetan in Shinjuku.

The whisky contains a vatting of casks from five decades of Karuizawa, from the 1960s right up until the distillery's closure in 2000, only leaving out a very low period of production during the 1950s.  The last part of the story, the whisky was then transferred into an ex-Karuizawa cask for a number of years before being bottled in 2015.

This delightfully engraved decanter is presented in a well crafted wooden box with keys included.

The guys at Nonjatta have commented on this bottle as Karuizawa's 'Swan Song'.