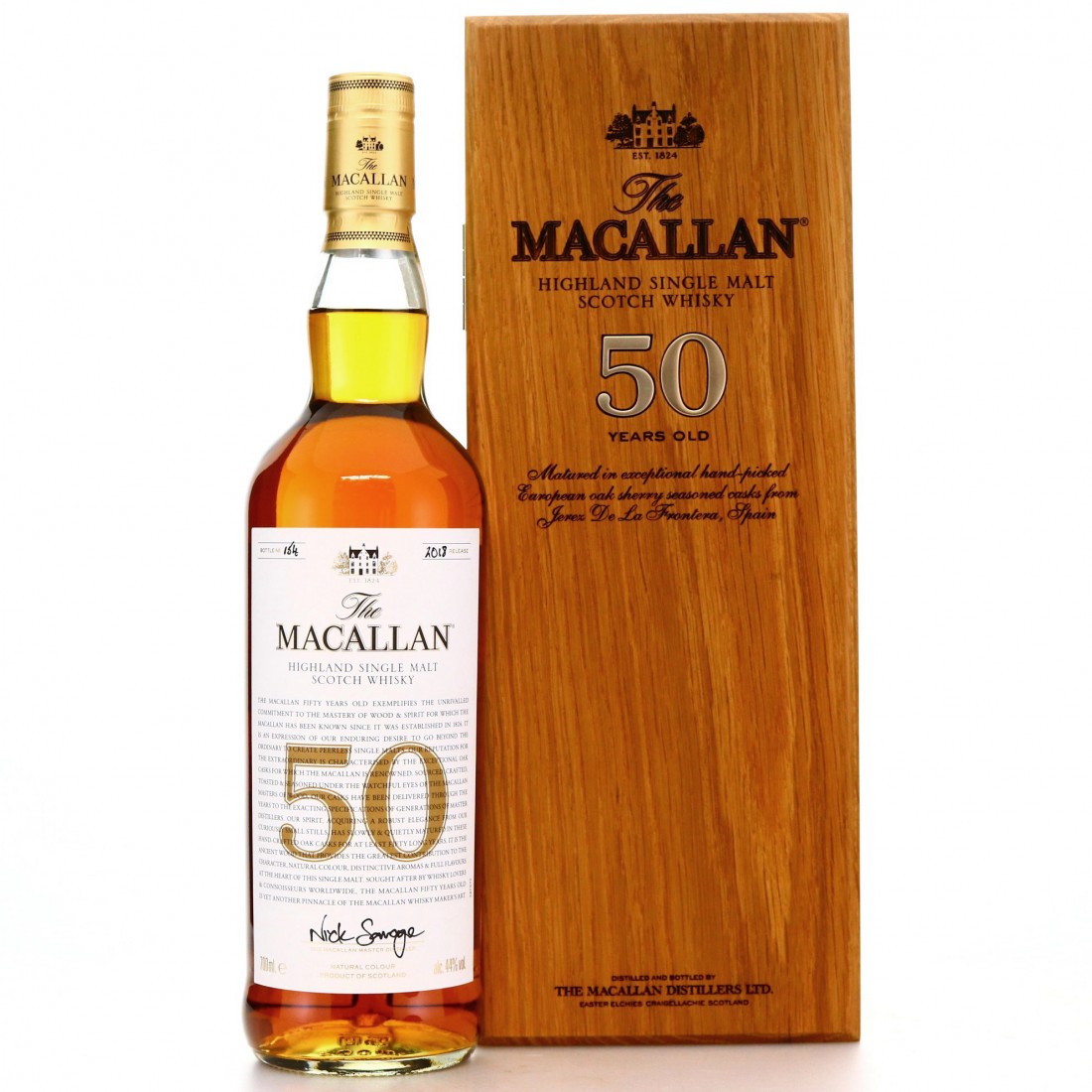 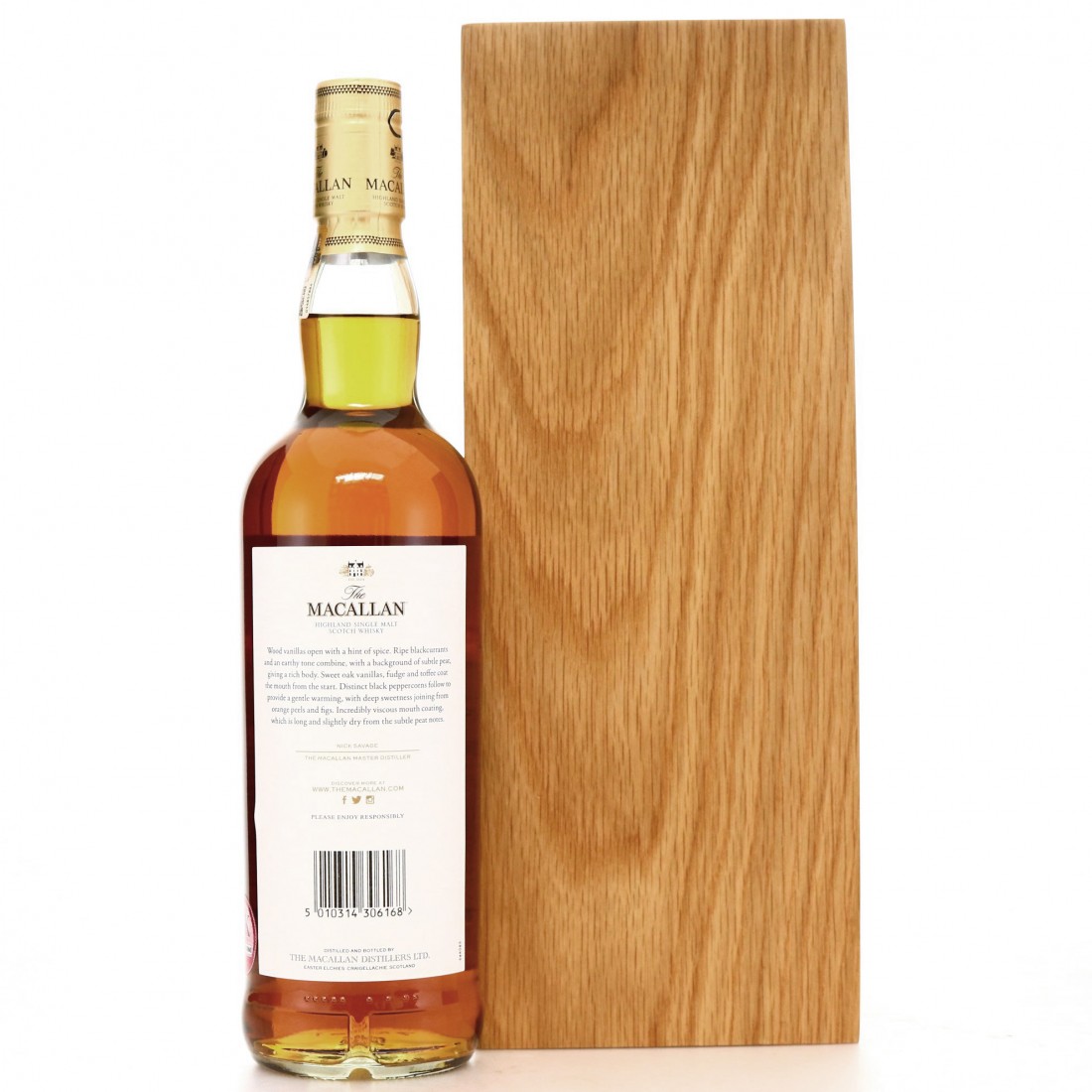 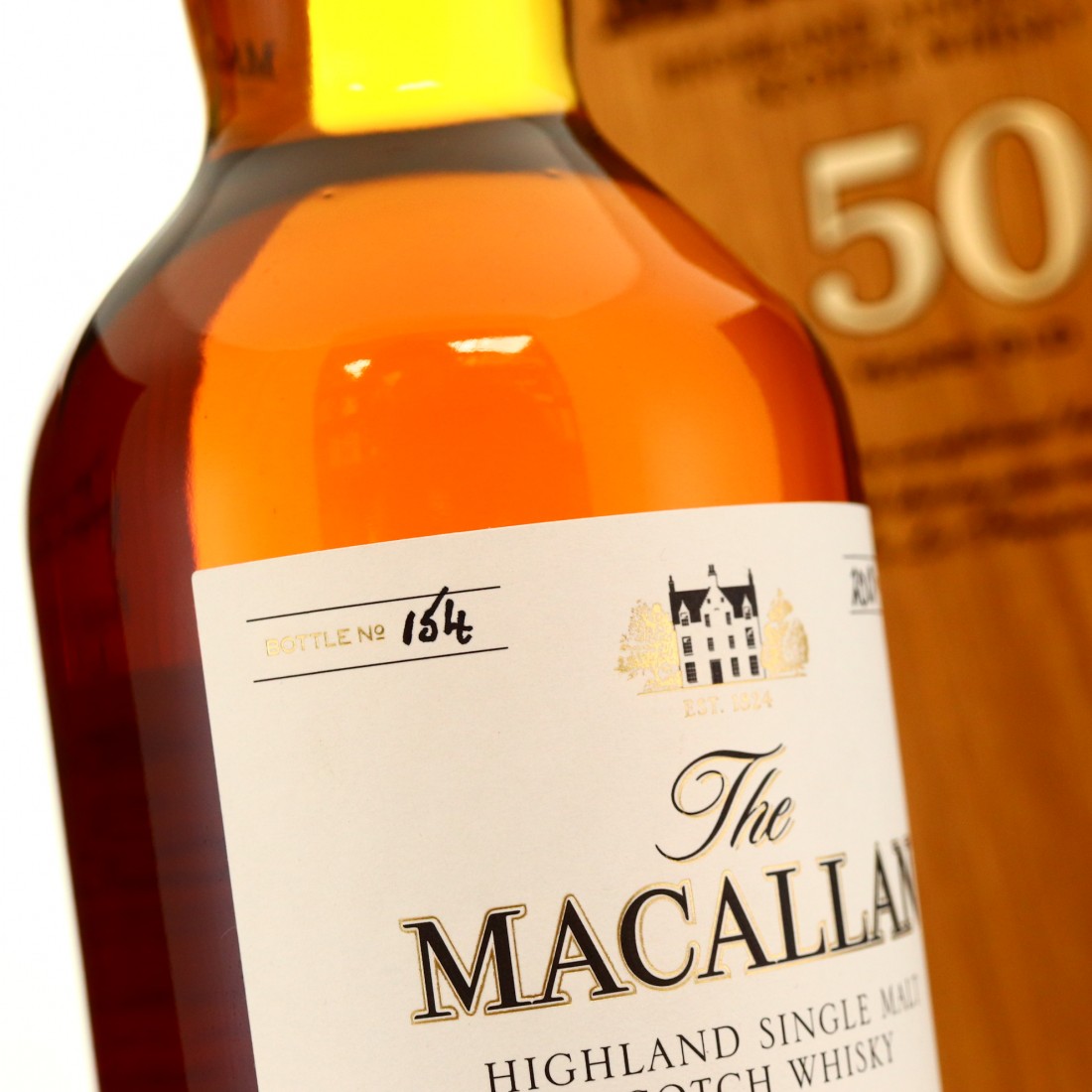 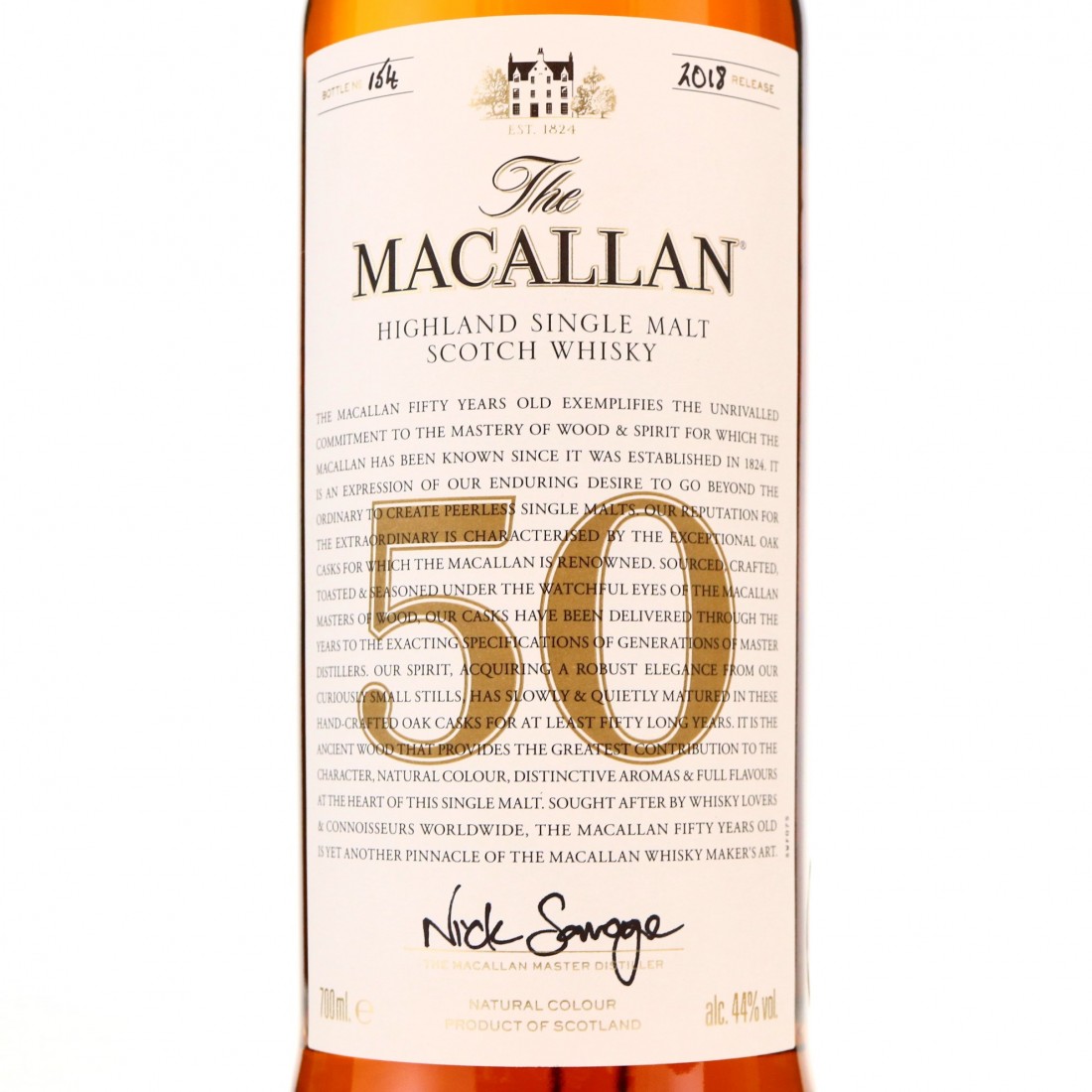 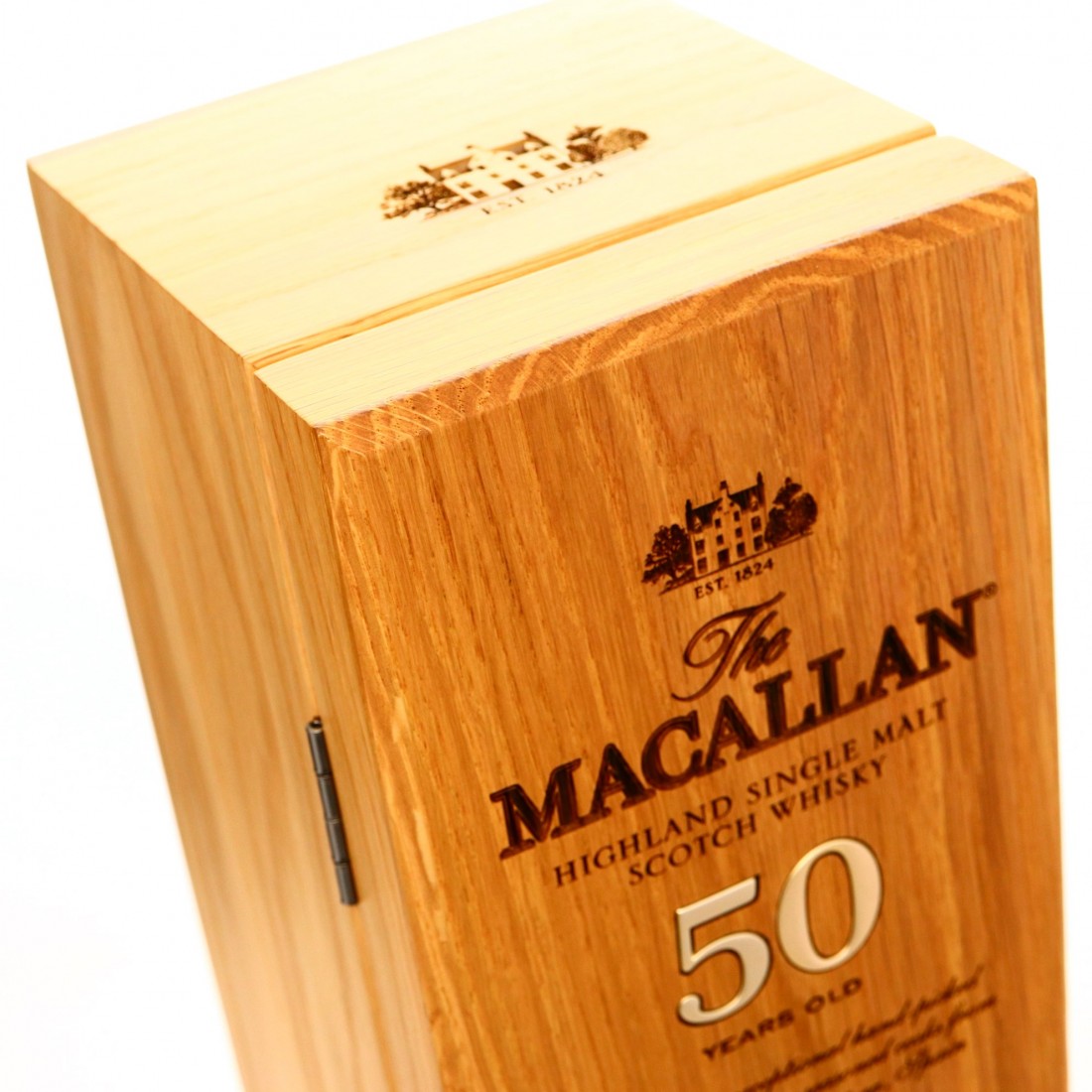 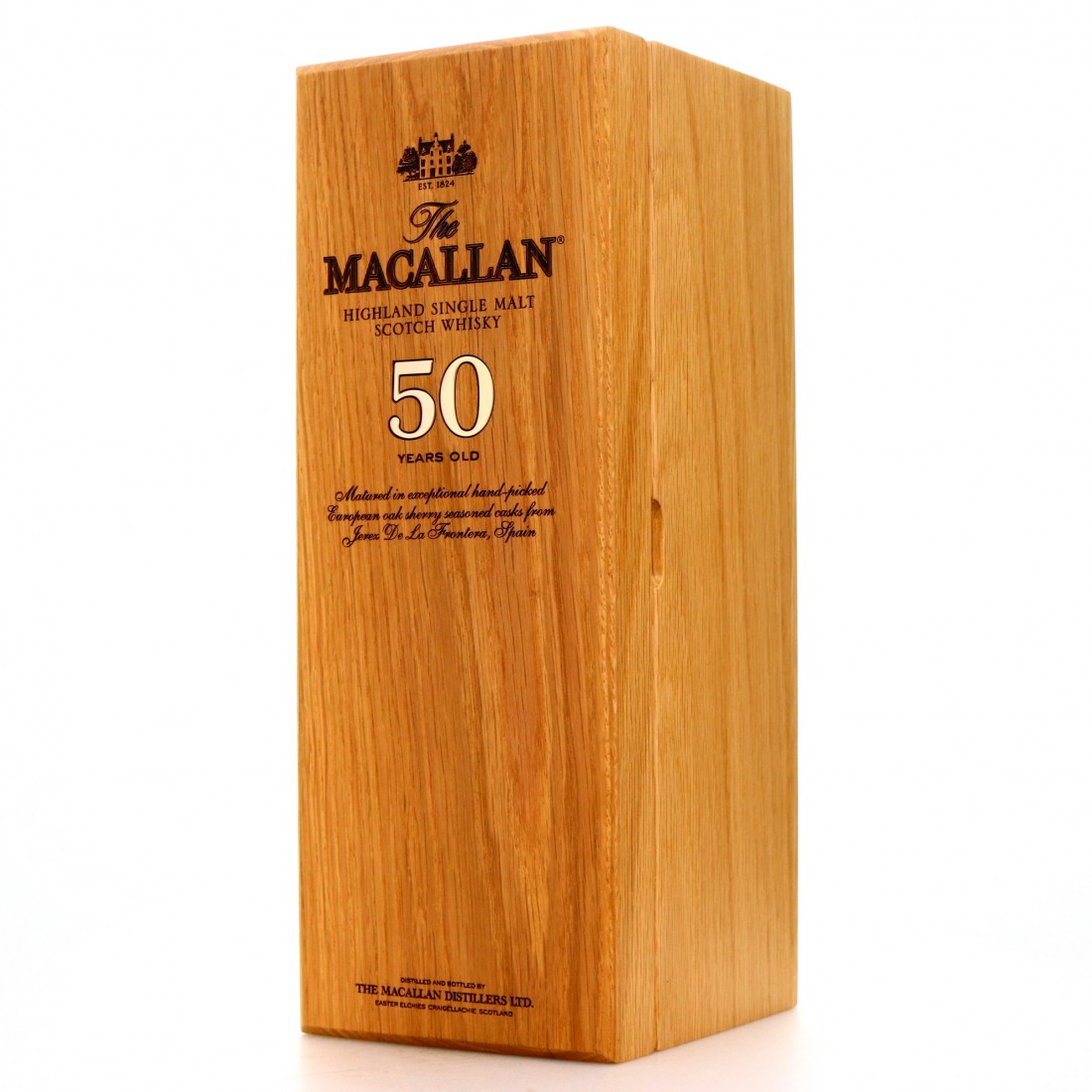 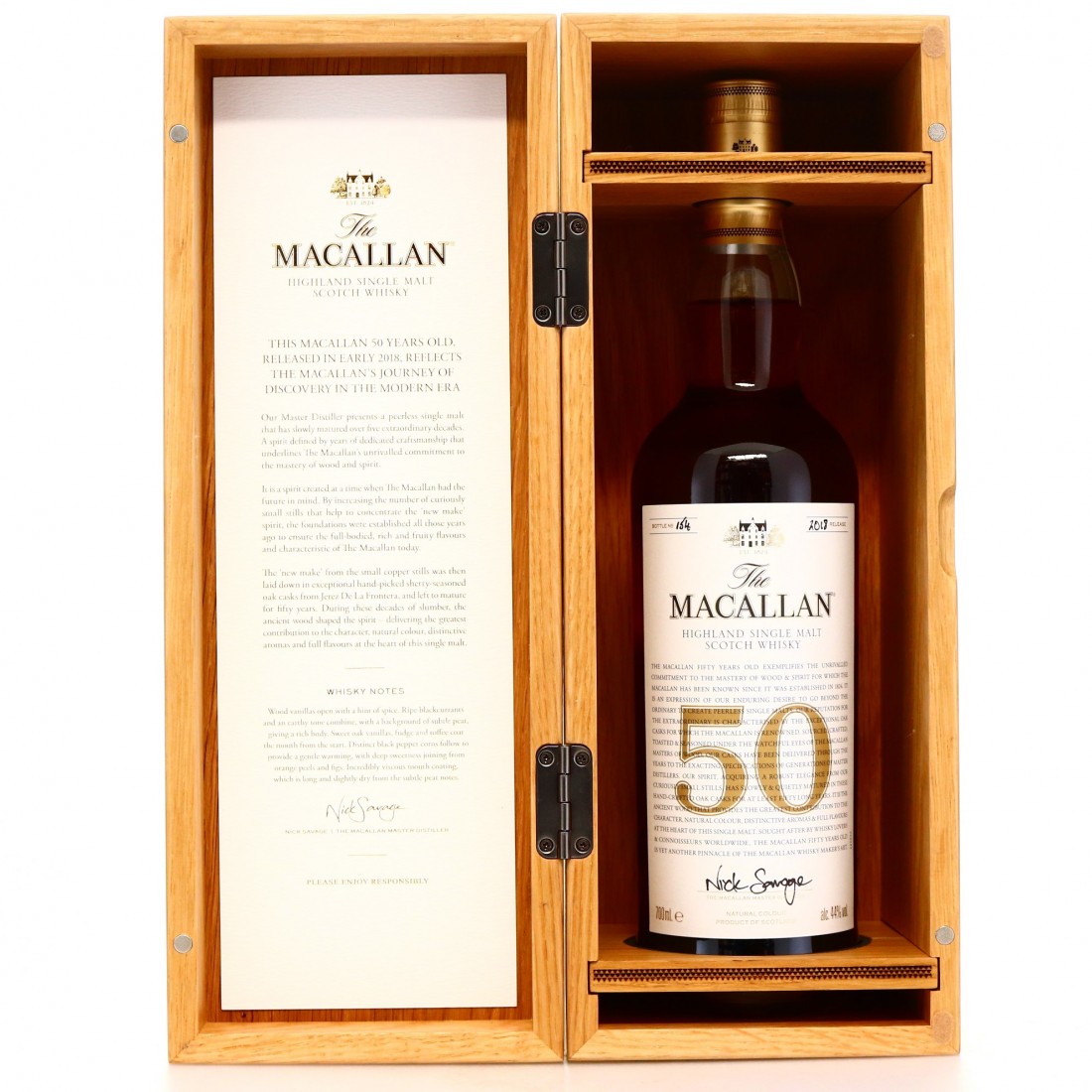 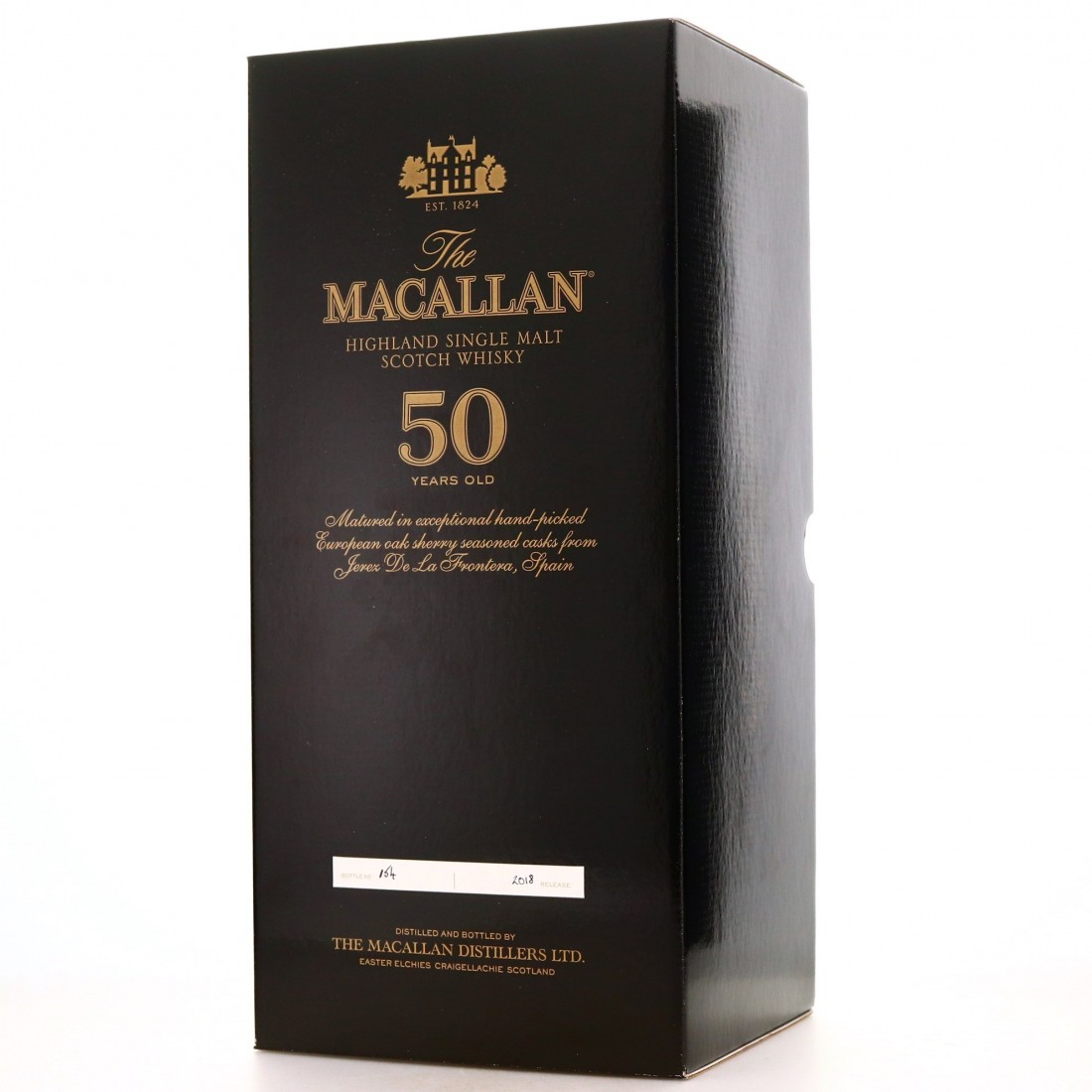 A fabulous last minute addition to the Scotch Whisky Industry Charity Auction. Make sure to place your bids quickly!

Released in 1983, the first Macallan 50 year old was born into a world of uncertainty. Distilled in 1928, the planet was only a decade removed from a war that had changed it forever, and just 10 more years away from another. Many distilleries across Scotland were forced to close their doors during these periods. Macallan, thankfully was never one of them, but was surely casting a nervous eye across the globe for much of the first half of that 50 year old’s life, secreting it away in their warehouses to quietly and peacefully mature as the world fell apart and was rebuilt around it.

The 2018 release of Macallan 50 year old was a product of a far more optimistic world, not least at the distillery itself.  In Macallan’s own words, it was “created at a time when the distillery had the future in mind,” by increasing the number of stills at their Easter Elchies site, and confidently laying down a whisky to rest for half a century to come.

This 50 year old was matured in only the finest handcrafted, hand-selected, sherry-seasoned European oak casks, all the way from the bodegas of Spain.  Allowed to interact for five decades with this wood, it is sure to have an incredible rich and full flavour.

Kindly donated by an Anonymous Private Donor in support to raise funds for the Beatson Cancer Charity. 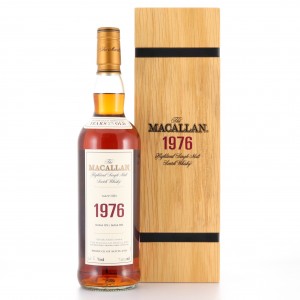 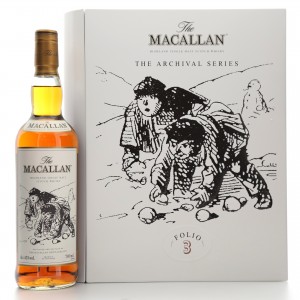 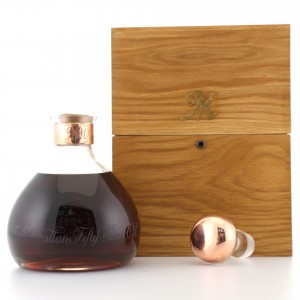 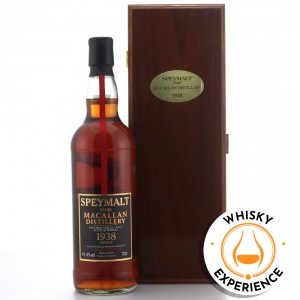