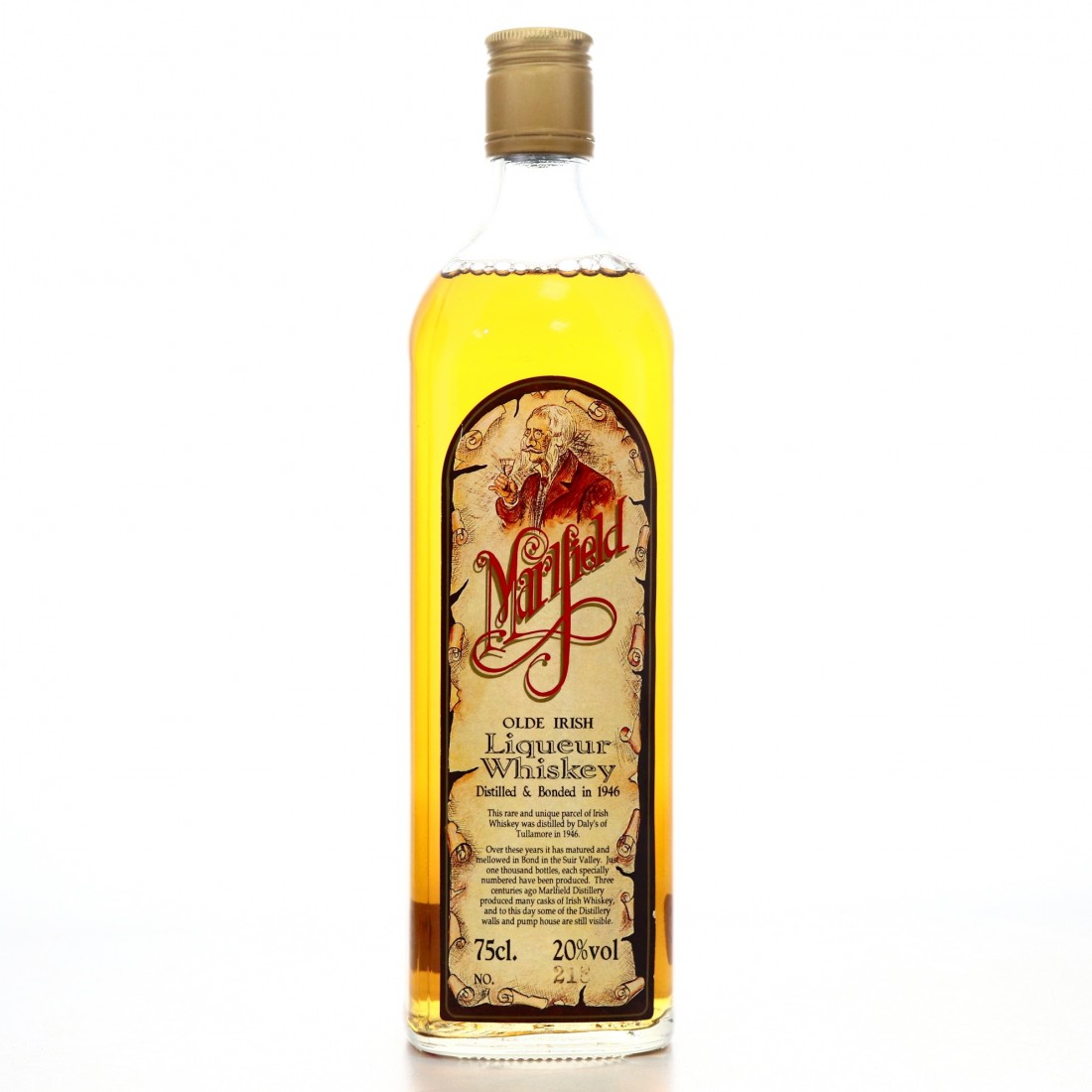 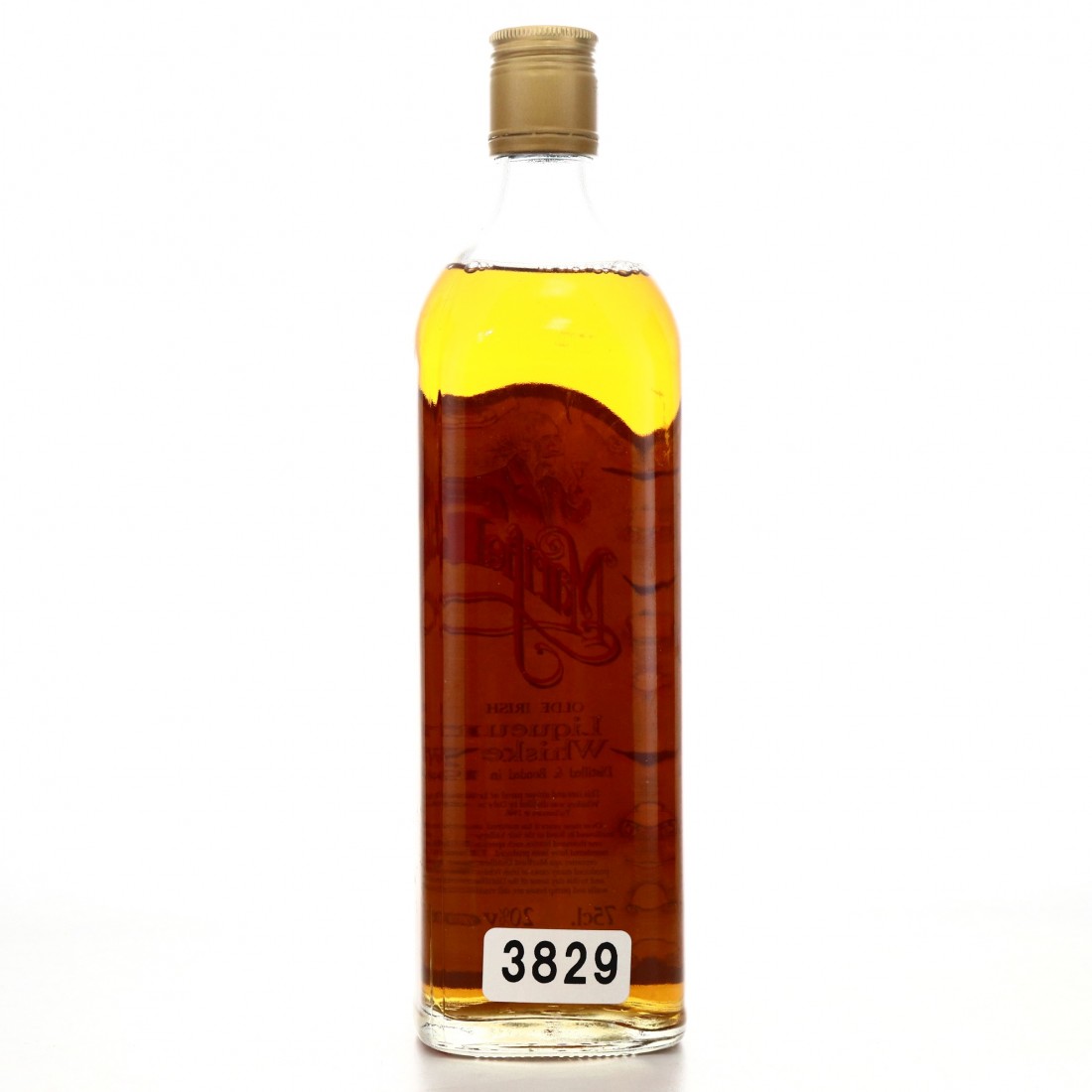 A bottle of whiskey, straight from the Irish whiskey history books. This liqueur was produced using whiskey distilled in 1946 at Daly's distillery, the historic home of Tullamore Dew. The distillery closed less than a decade later.

The barrels were aged in the Suir Valley, and 1000 bottles were produced bearing the name of Marlfield, a ruined three-centuries old distillery, elements of which are still visible to this day.