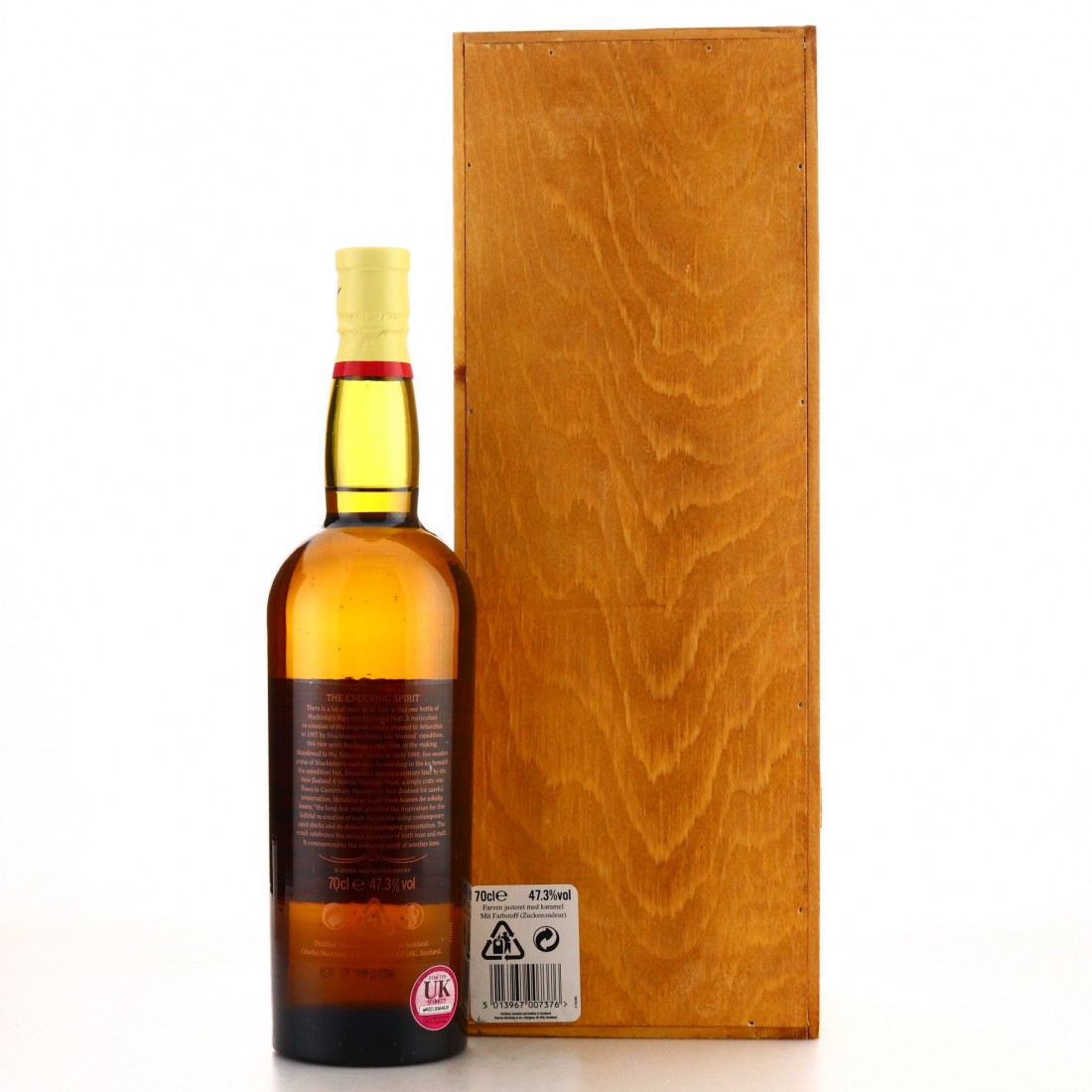 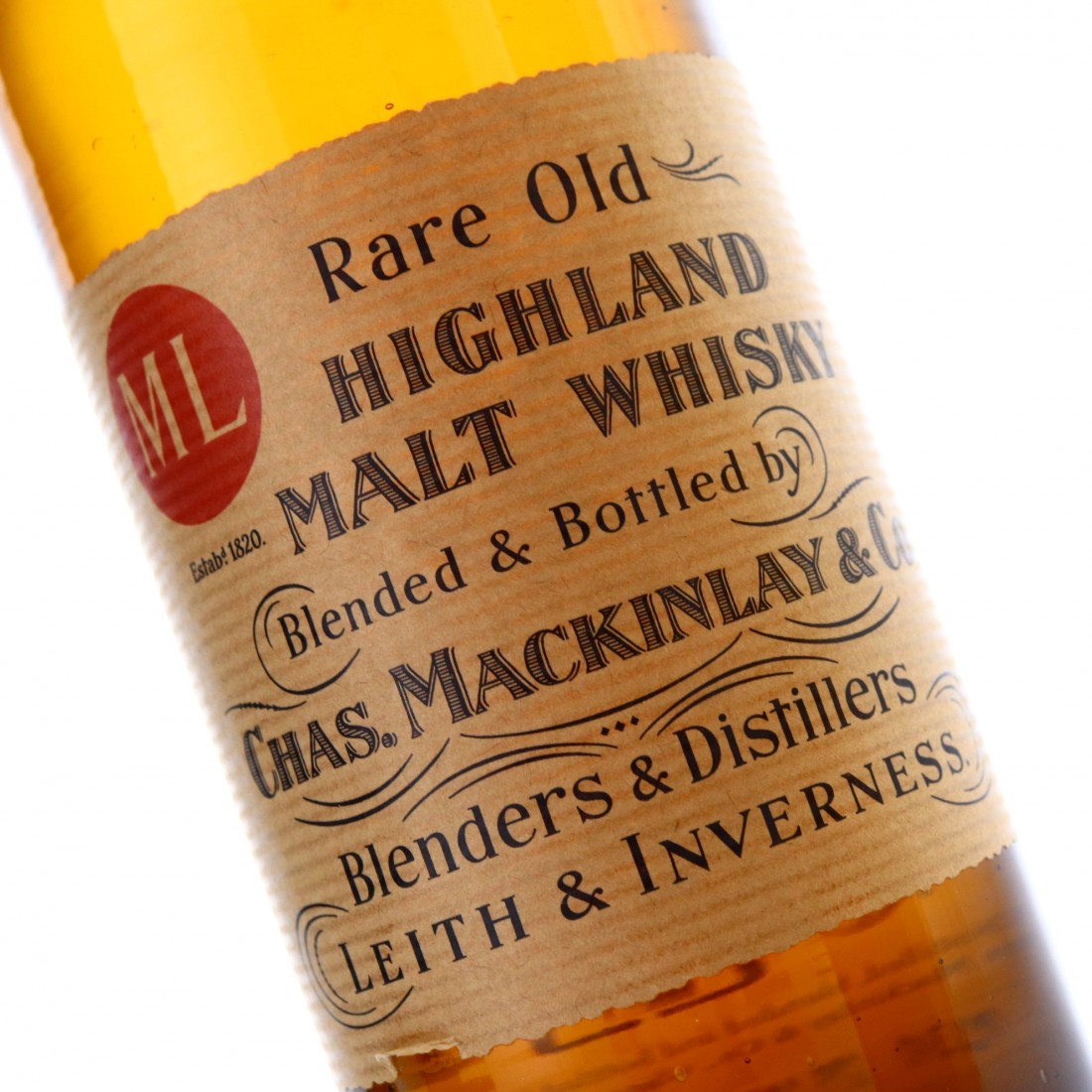 An exact replica of the whisky left in Antarctica by Sir Ernest Shackleton during his South Pole expedition between 1907 and 1909. The whisky was recreated down to the very last detail by Whyte and Mackay master blender, Richard Paterson. This replica bottle of Mackinlay’s blend contains whiskies from Speyside, the Islands and the Highlands. The recipe even includes some very rare 1983 Glen Mhor.

A family firm for over 140 years, Charles Mackinlay & Co was established in 1815 as a wine merchant in Leith, quickly moving into the whisky business, registering their The Original Mackinlay blend in 1847. The company had strong links to the Inverness whisky industry, with a stake in Glen Mhor and Glen Albyn distillery, and was one of the earliest to advocate its distillery's single malts. It passed out o family control in 1961, eventually being bought by Invergordon Distillers in 1985, becoming part of Whyte & Mackay eight years later. 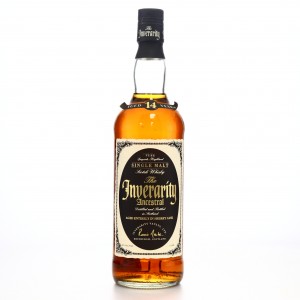 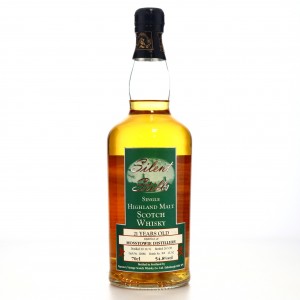 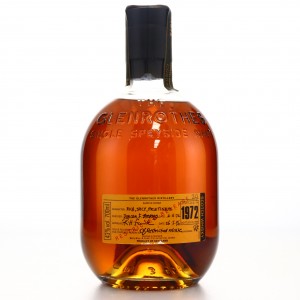 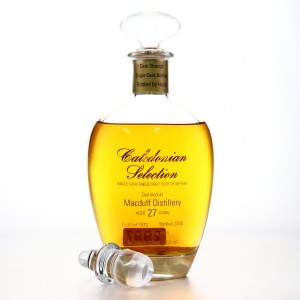