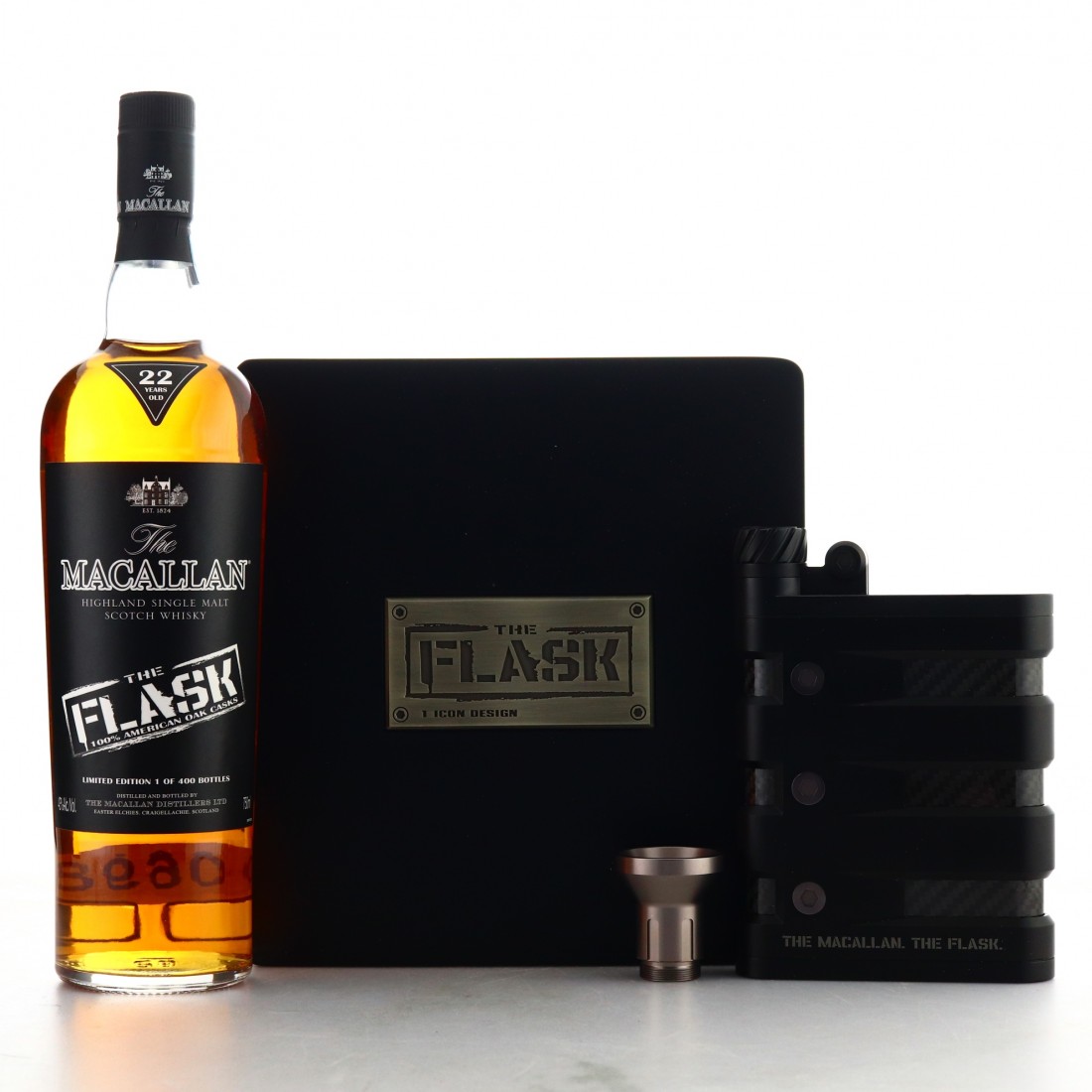 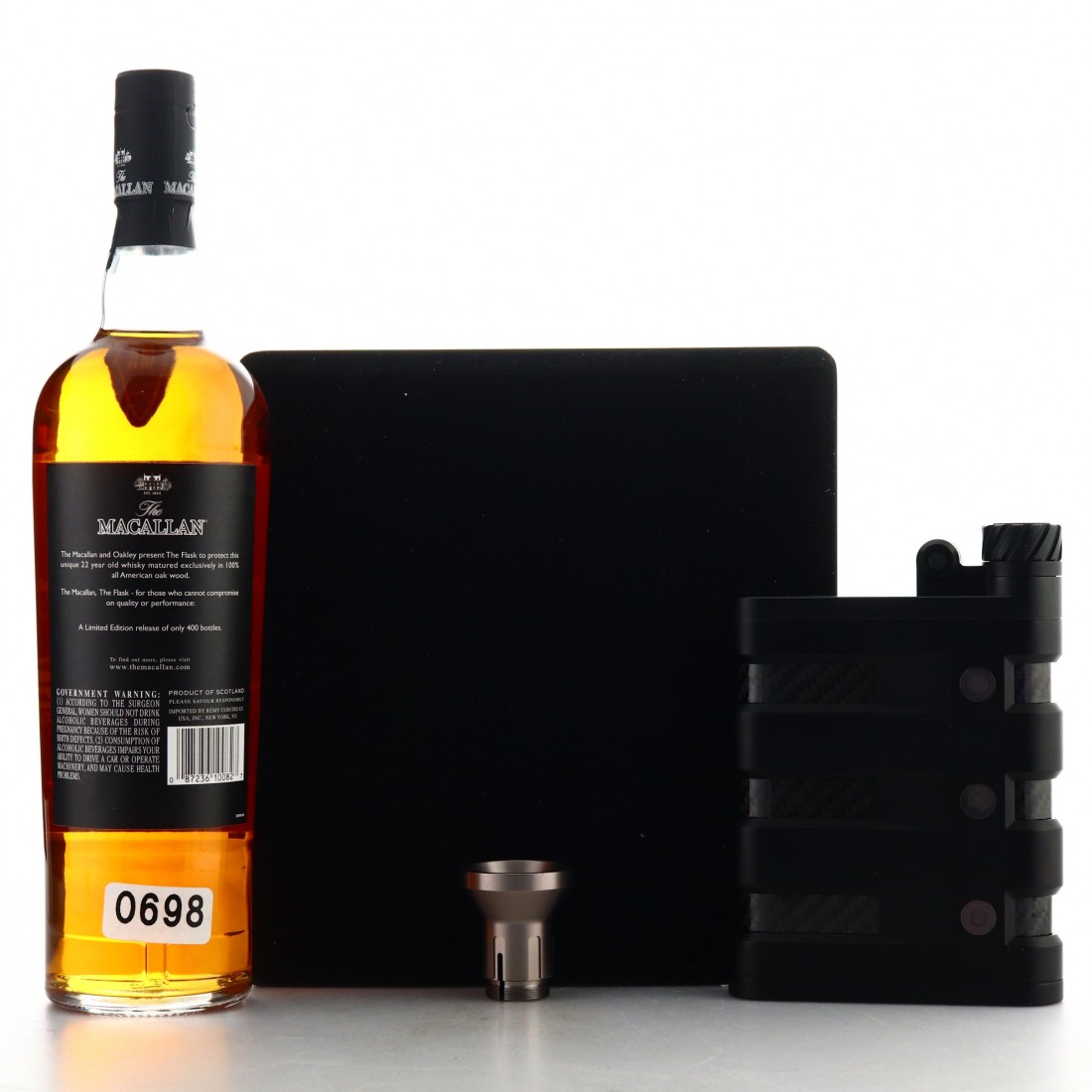 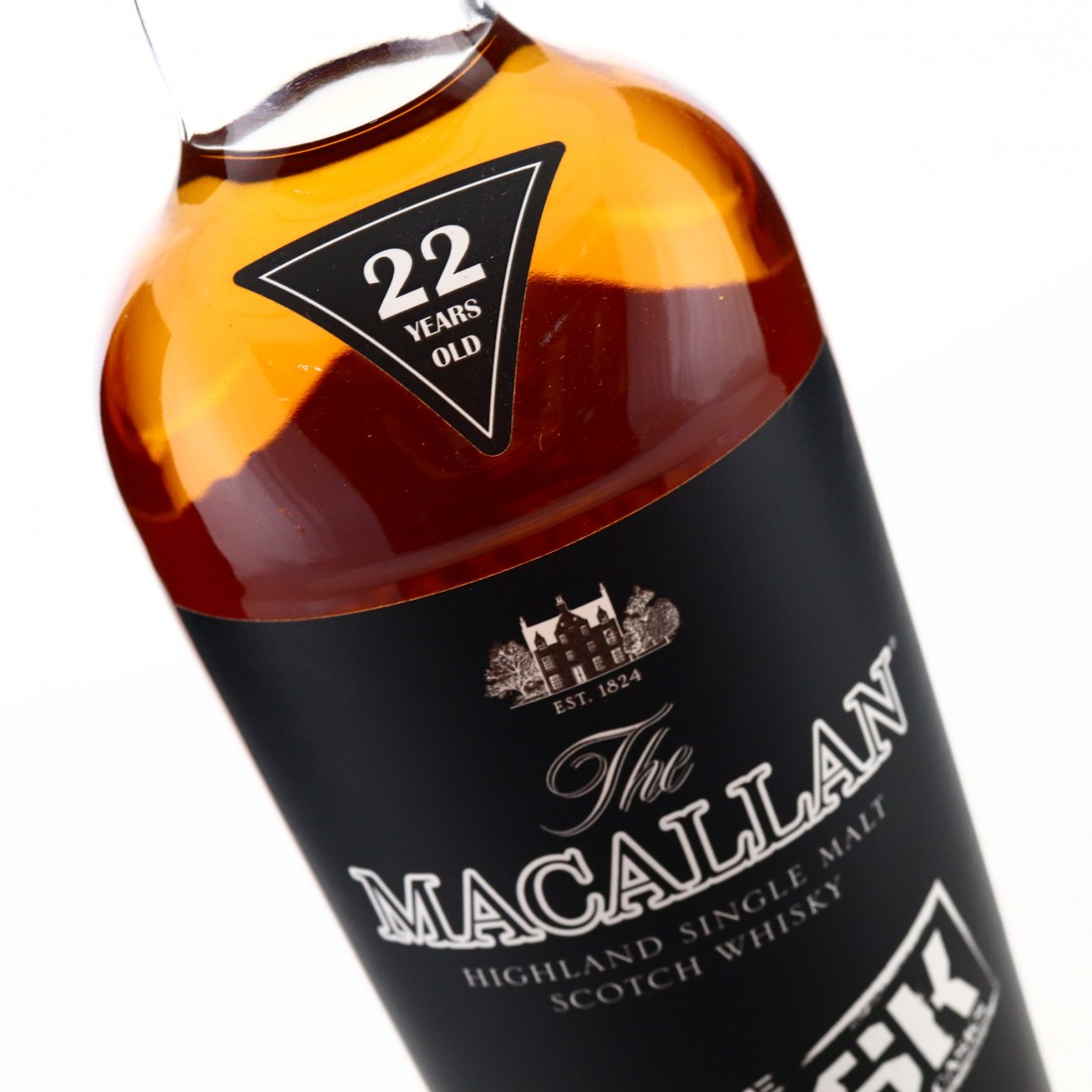 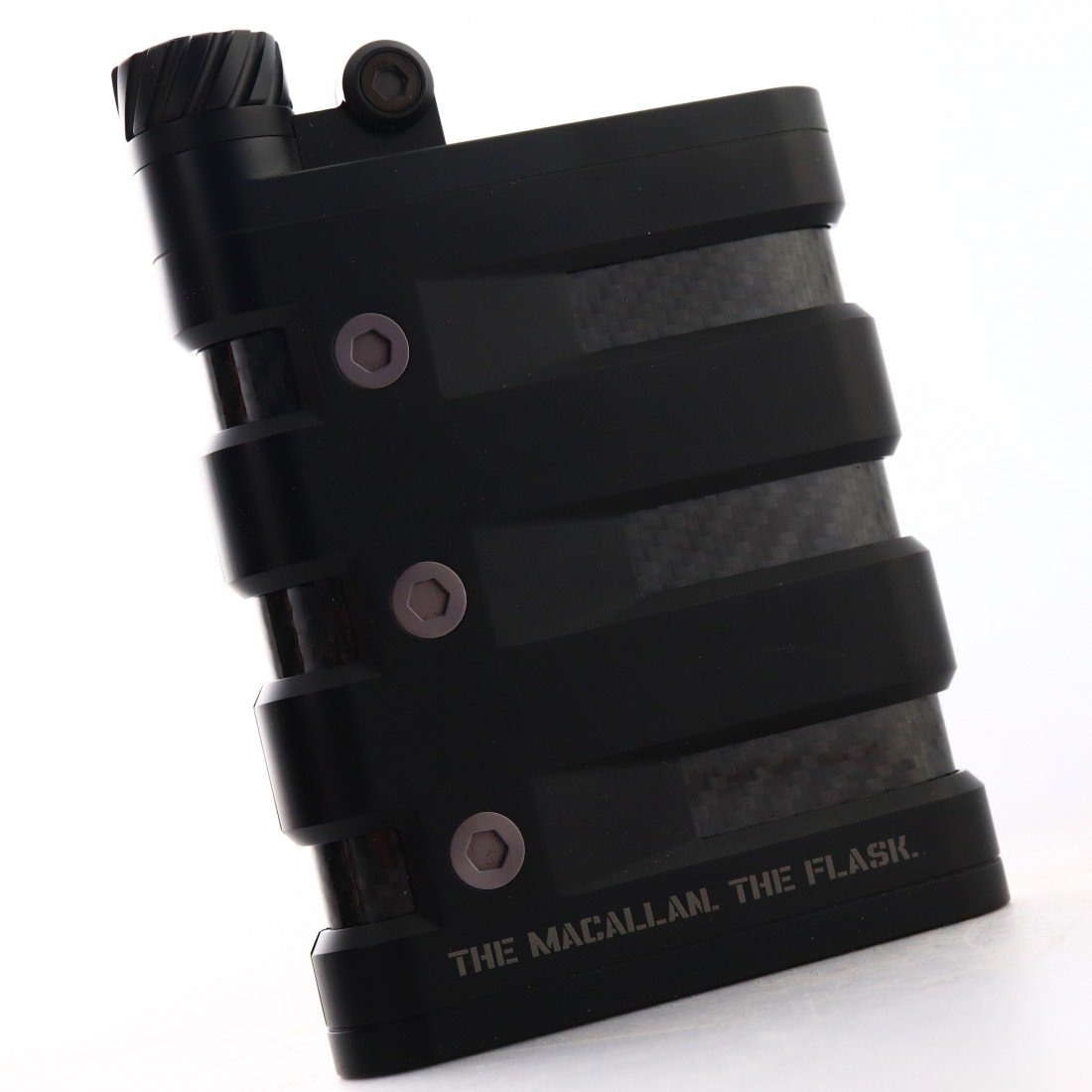 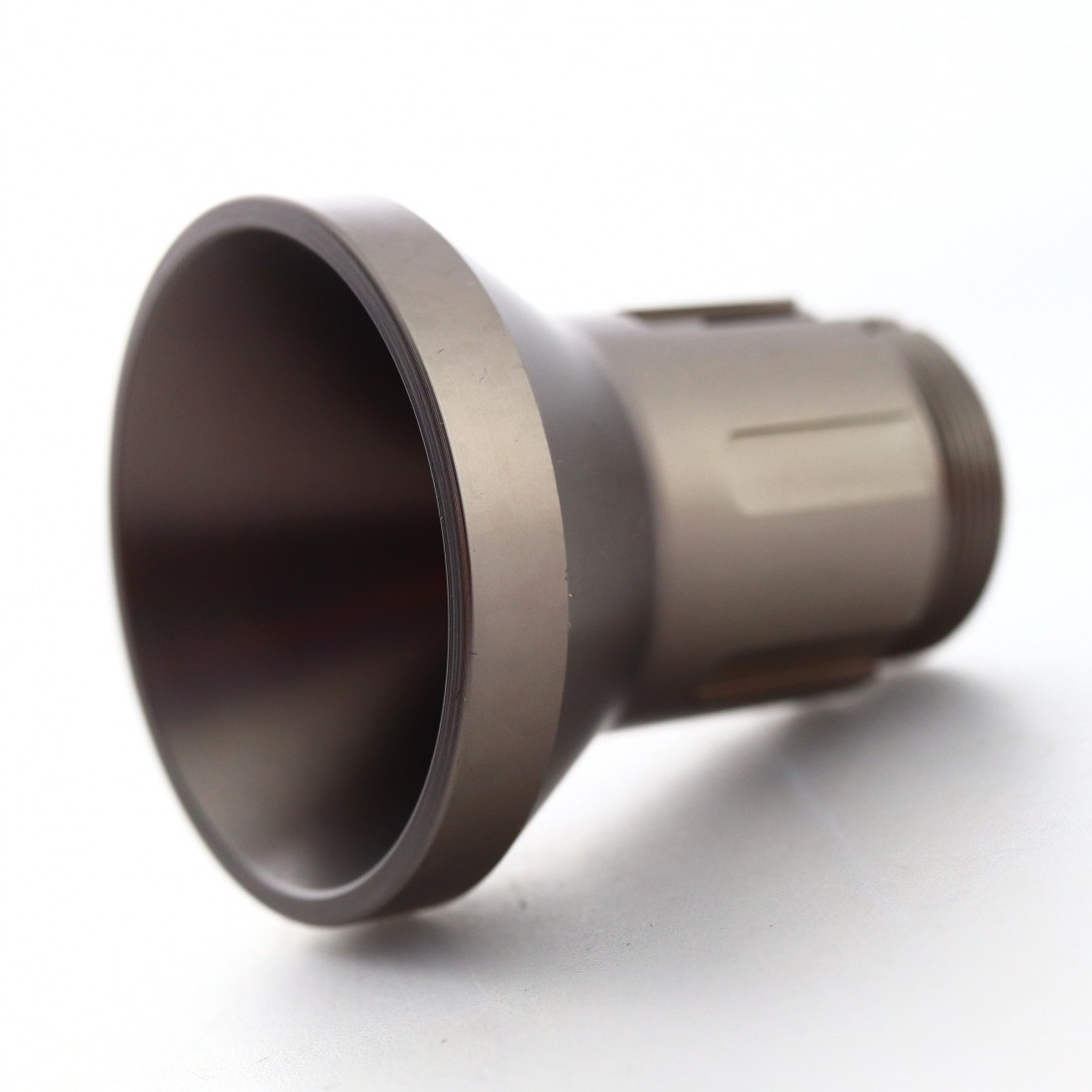 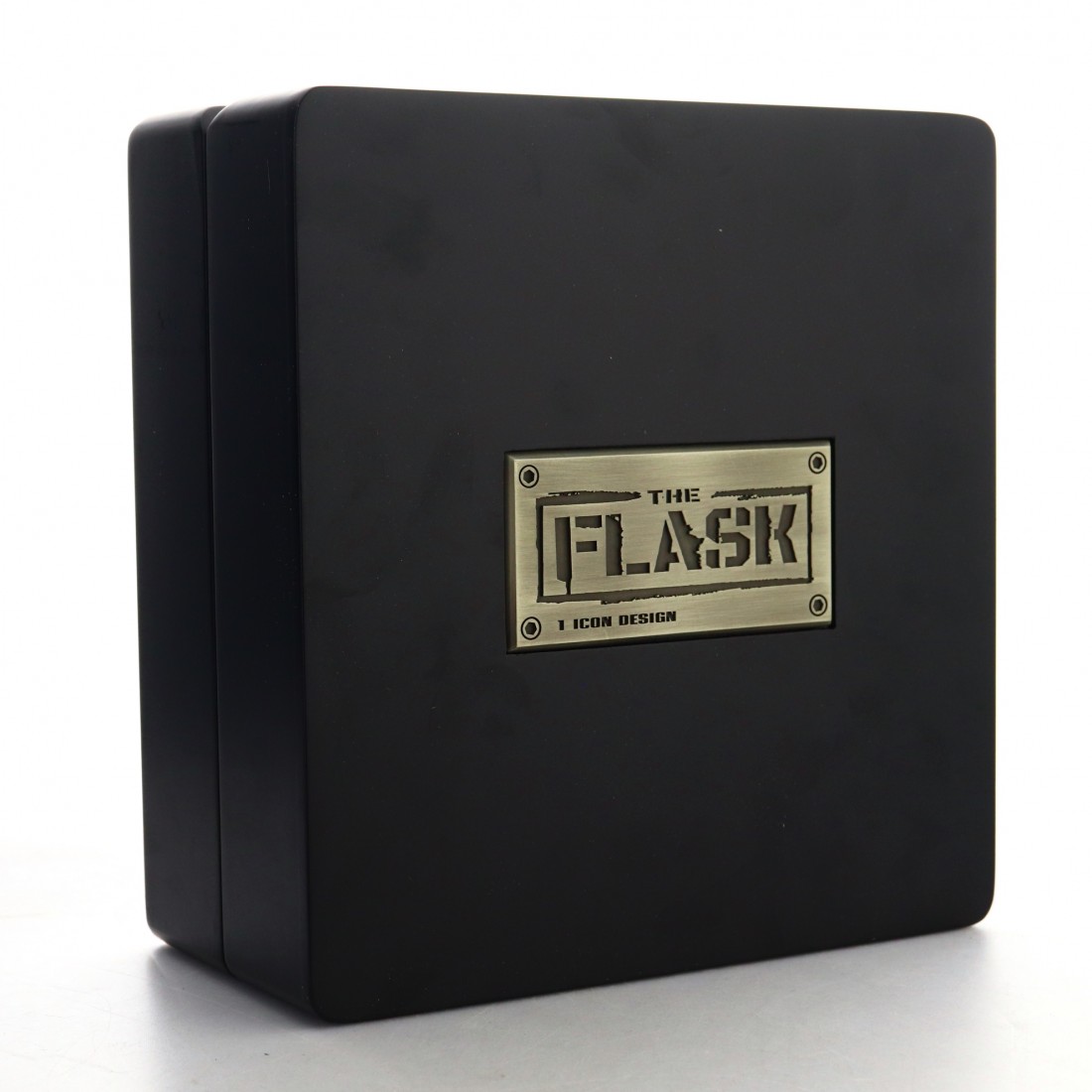 The Flask  saw Macallan team up with super cool sunglasses designers, Oakley, for this special release. If you've seen the shades, you know what to expect form this high concept design.

The flask is made from 'food-grade' steel, then wrapped in a carbon fiber composite and “treated to an intensive passivation and electro-polishing procedure to ensure perfection.” It is then clad in “black anodized 5-axis machined aerospace grade aluminum.”

The whisky itself is a 22 year old, aged in, unusually, ex-Sherry American oak barrels.

Although the physical flask was available in both the US and UK market, the 400 bottles were a US exclusive.