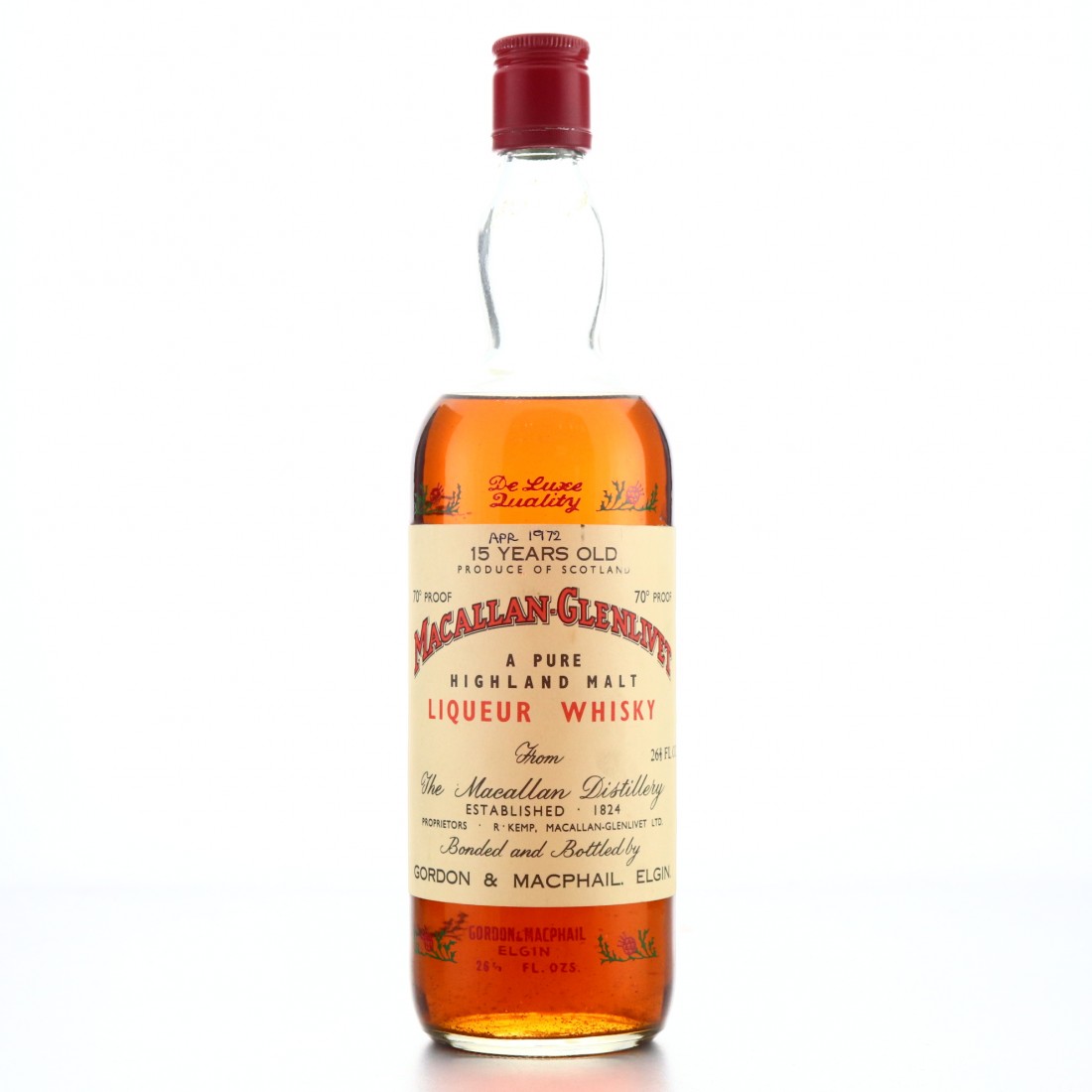 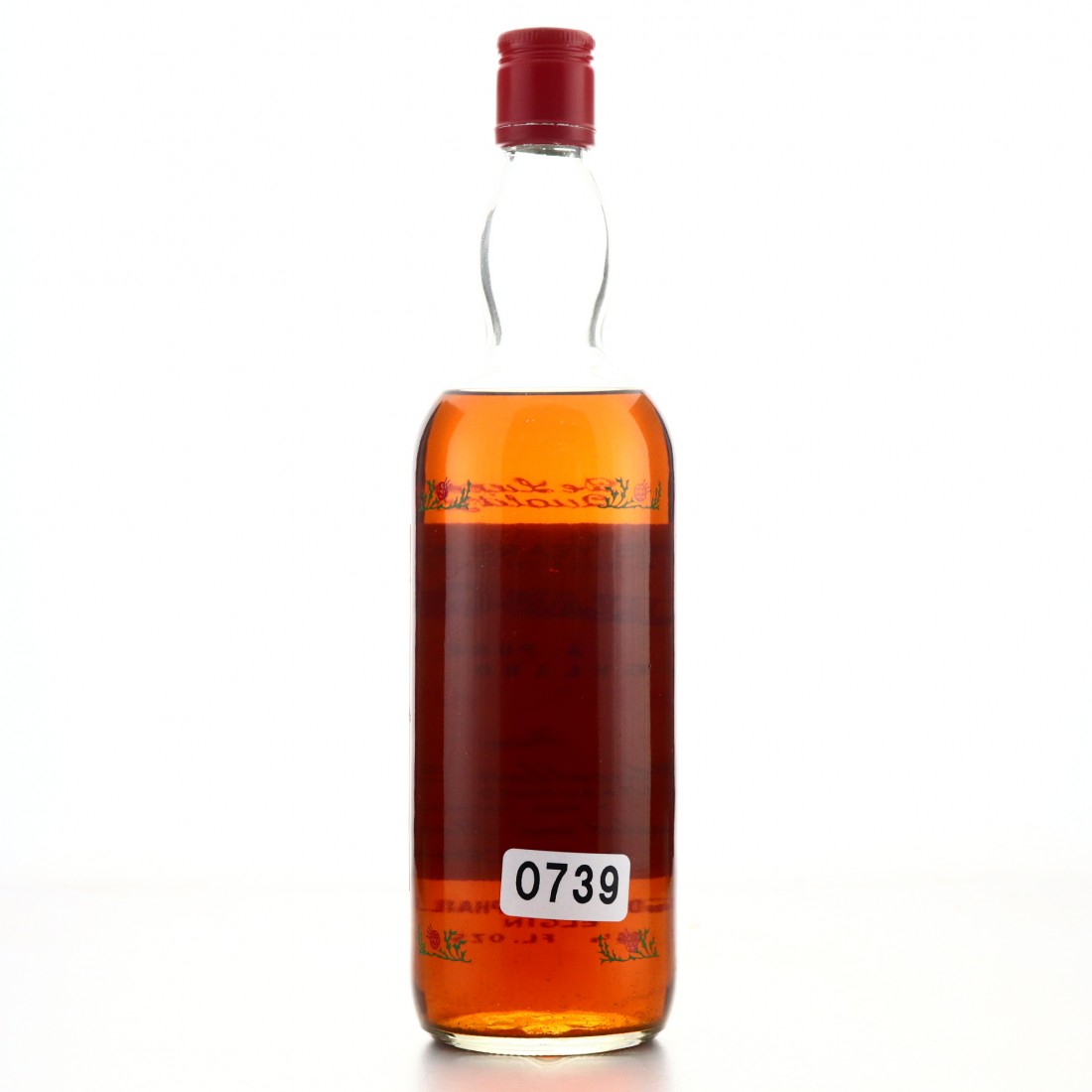 This is one of those Gordon & MacPhail bottlings. The company helped Macallan survive during the 1930s and 1940s by buying a regular batch of stock from them, which in turn allowed them to release a lot of these special Macallan bottlings, primarily to the Italian market. The company mostly used this classic "Macallan-Glenlivet" label, but on occasions used the more familair Macallan branding as well.

This 70 proof 15 year old has been bottled in the iconic stencilled glass, used by Gordon & MacPhail in this period to highlight premium quality products. This would have been bottled around the late 1960s or early 1970s.