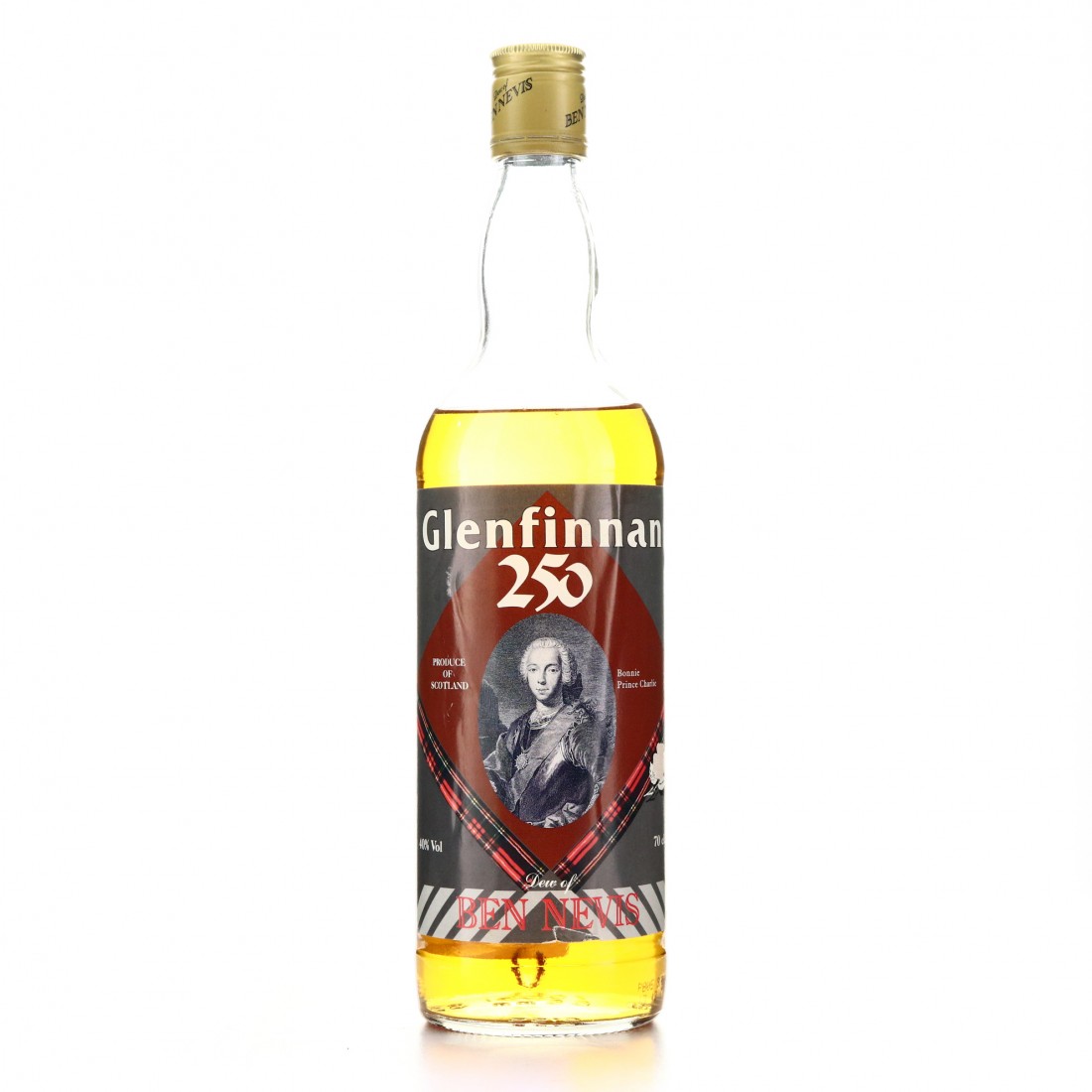 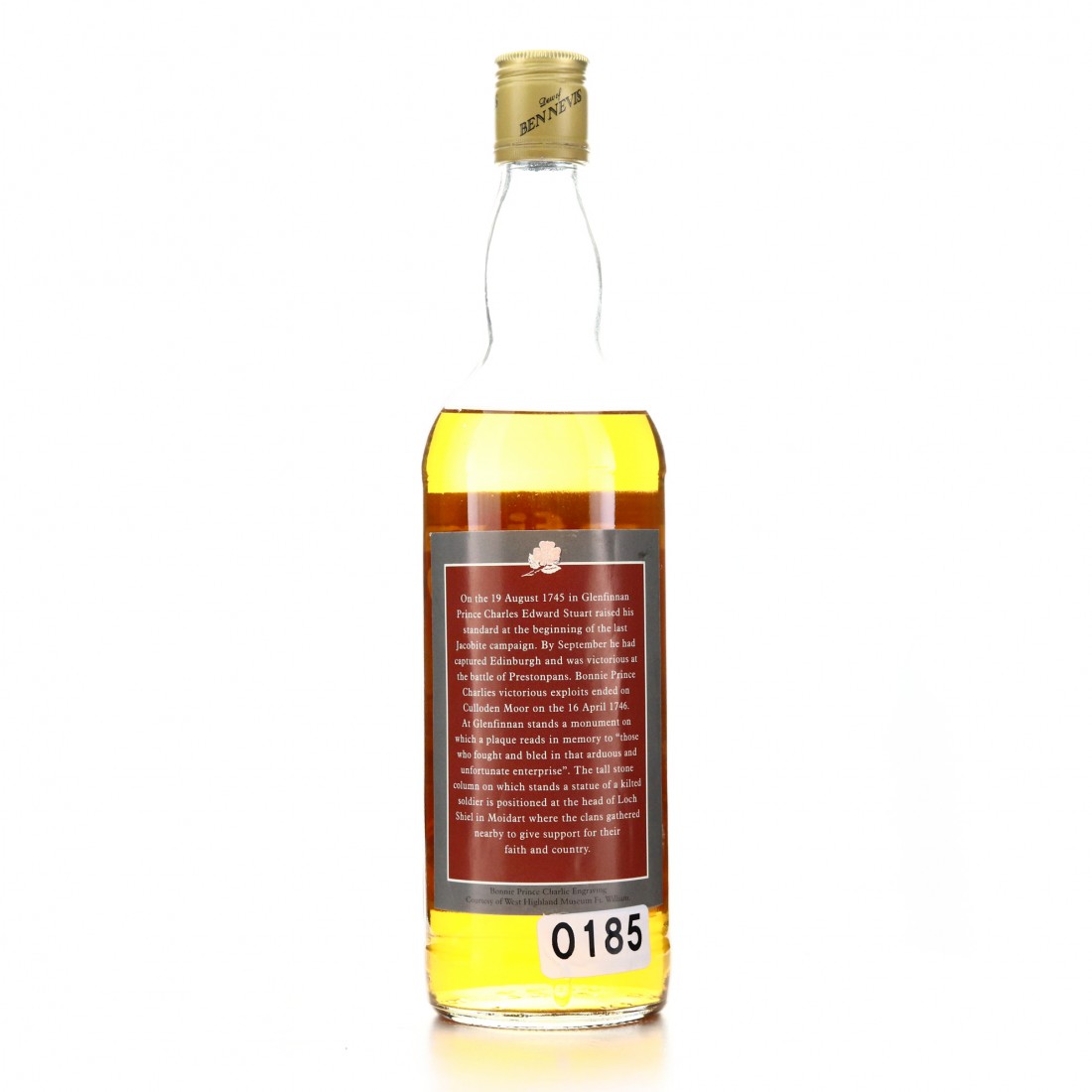 Ben Nevis distillery was built by "Long" John MacDonald in 1825, and was so popular by the end of the 19th century that at one point the estate employed over 200 people. After a series of closure and re-openings at the beginning of the 20th, it was eventually bought by former Canadian bootlegger, Joseph Hobbs. He installed a coffey still there in 1955, making Ben Nevis Scotland's first dual-operation distillery, and began to blend its malt and grain before filling it to cask. Sporadic closures again followed Hobb's death, with stability finally ensured in 1989 when it was bought by long-term customers, Nikka Whisky of Japan.

This blended Scotch features a depiction of Bonnie Prince Charlie instigator of the unsuccessful Jacobite uprising of 1745, which began in Glenfinnan 250 years prior to the release of this bottle.

When Ben Nevis closed in 1978, this was the last time its coffey still was used and the distillery reverted solely to malt whisky production when it re-opened in 1981. Blends produced there now source grain whisky from elsewhere.