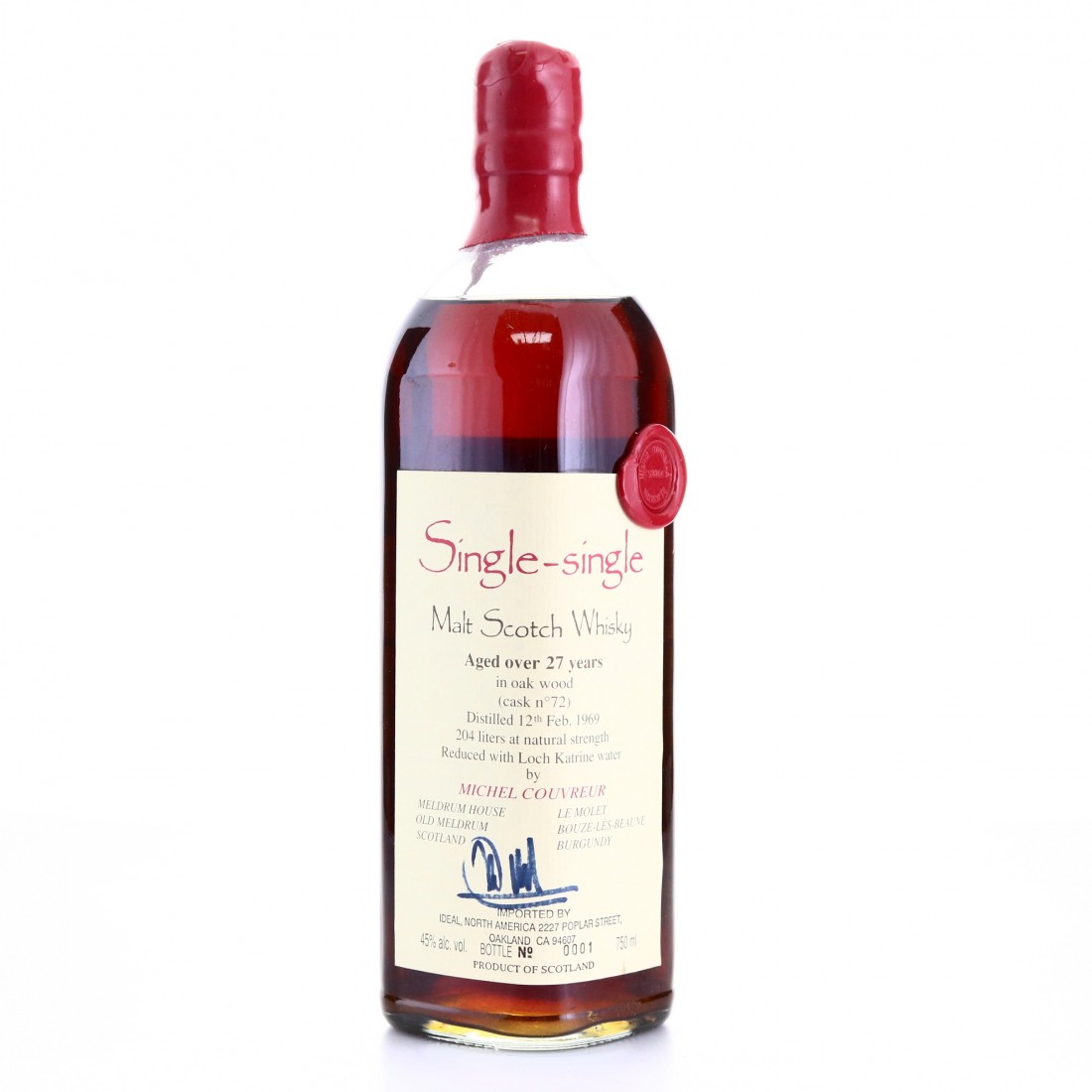 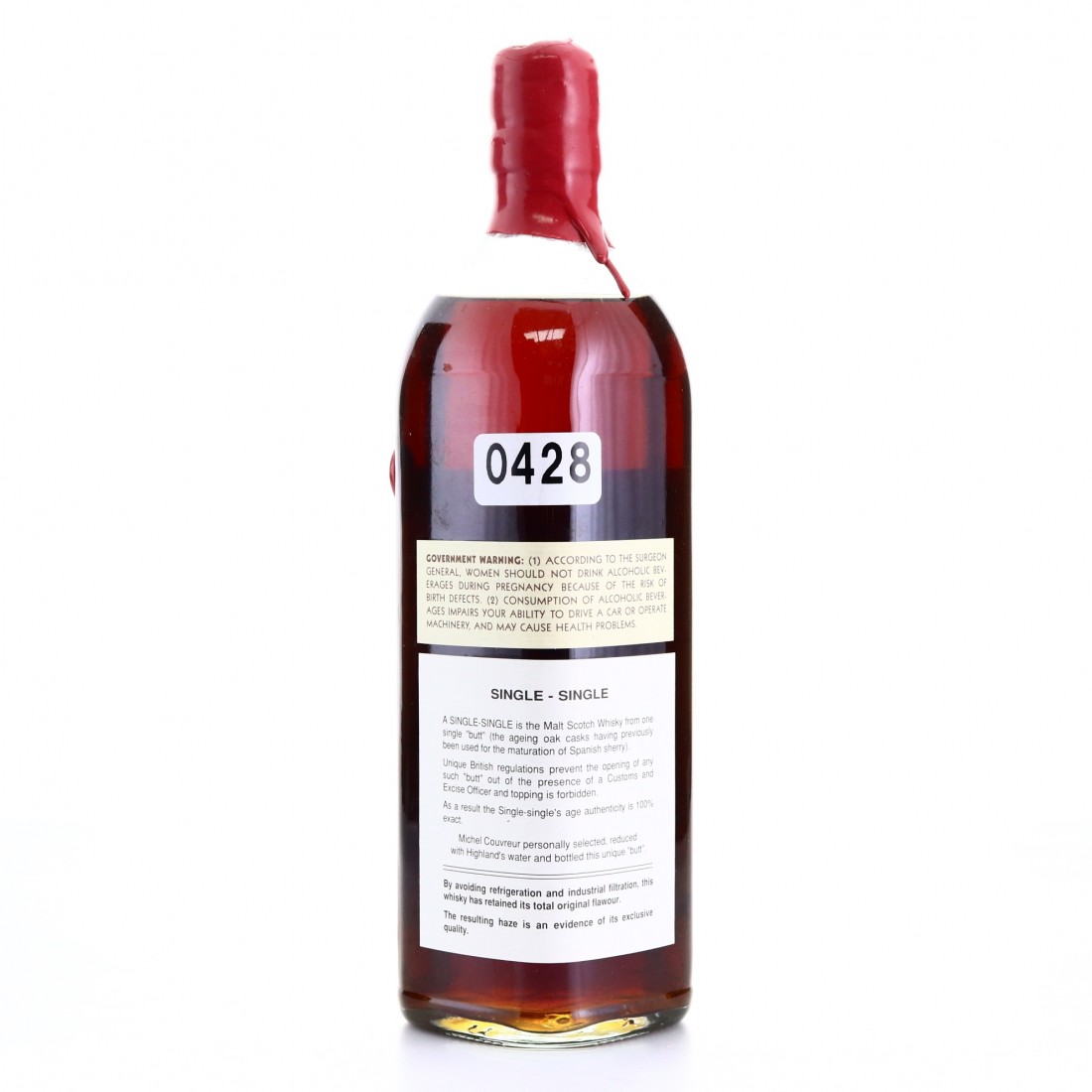 Michael Couvreur was an innovator in the world of whisky, sourcing single malts in Scotland and taking them to Burgundy for further ageing, mostly in sherry casks. Scotch Whisky Associations prevent these from being called single malts due to their time spent in cask outside Scotland, and thus they are known as Single-Singles.

This is a 27 year old, distilled in 1969 and matured in a sherry butt. Michel Couvreur reduced the ABV of the cask using water from Loch Katrine and bottled this for the US market.