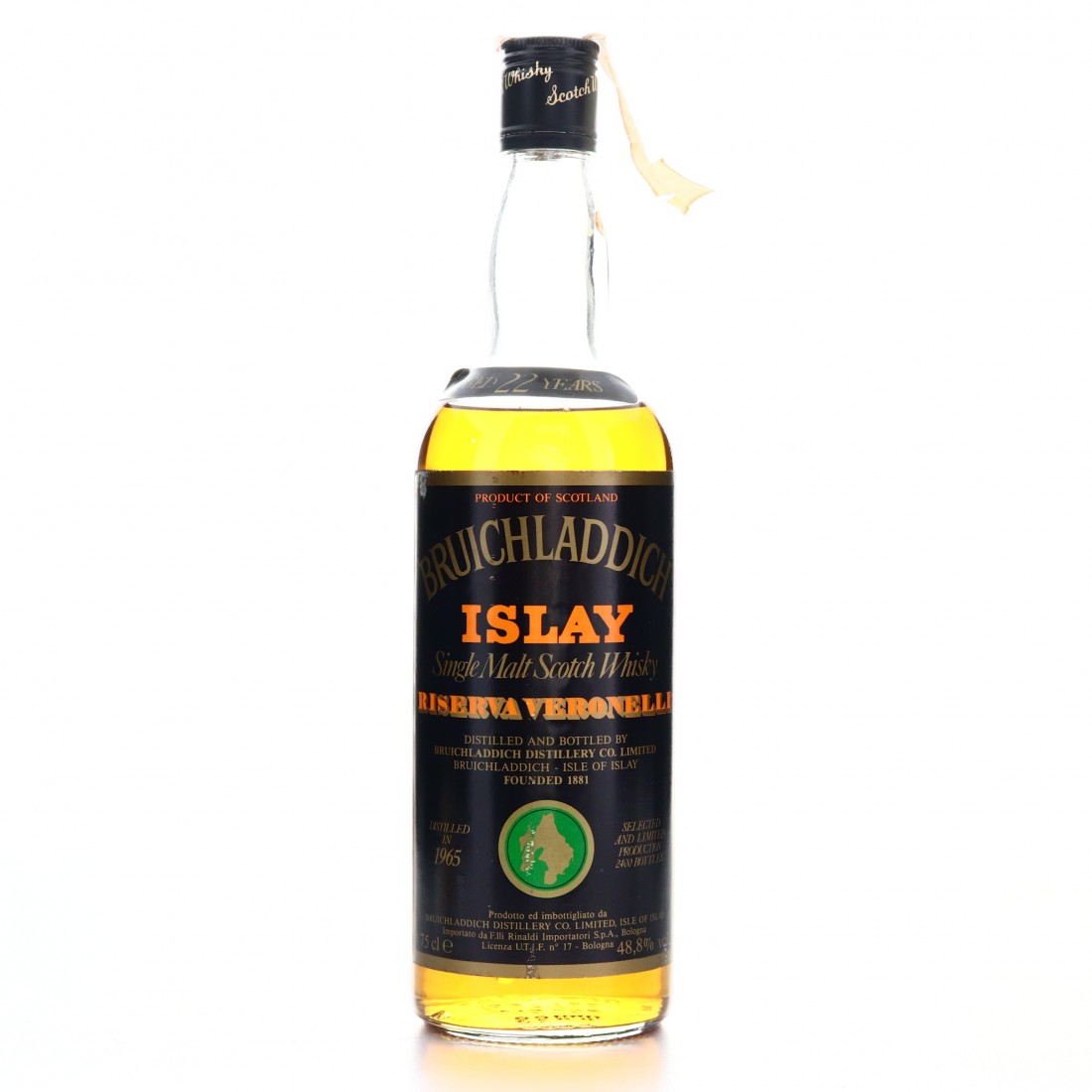 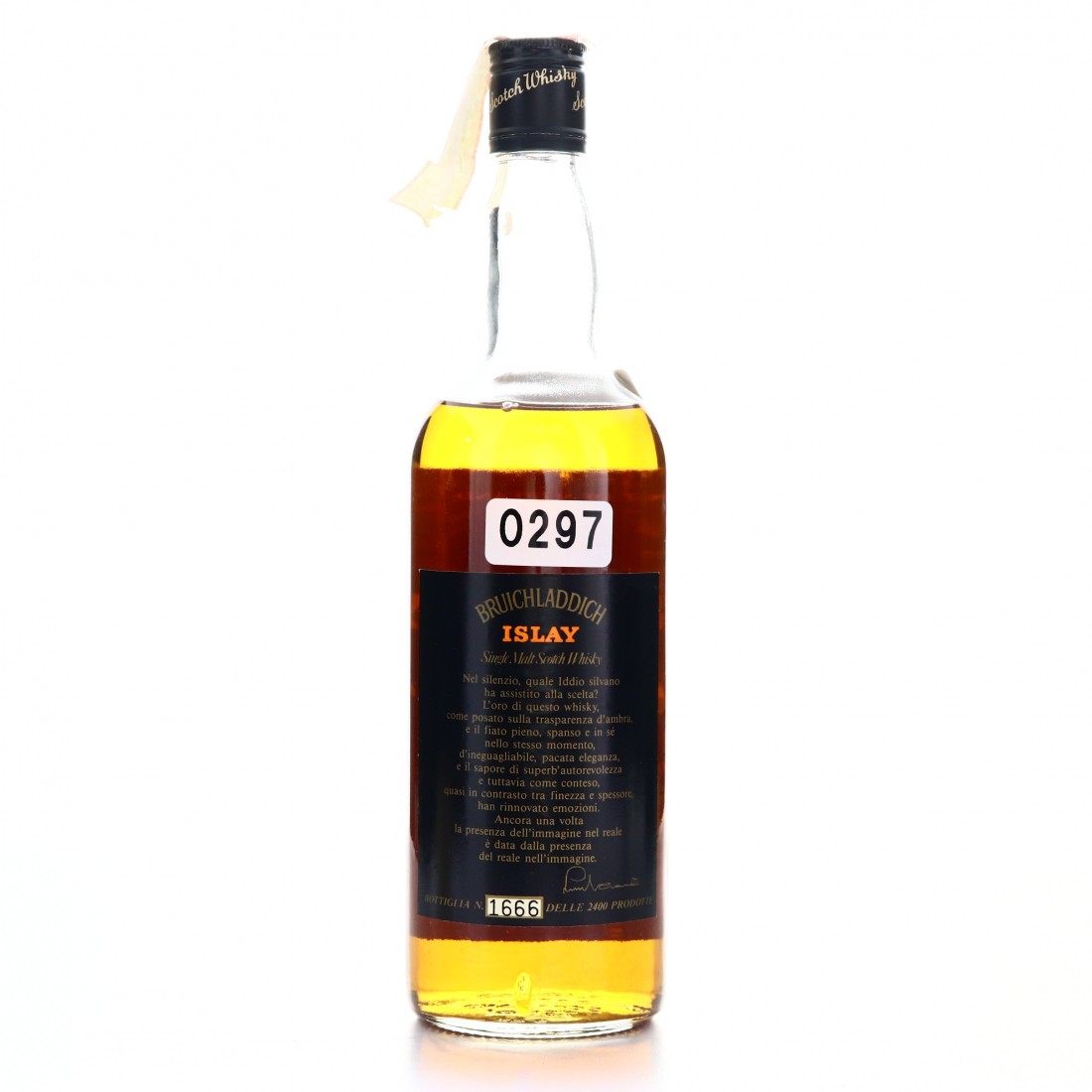 This is a rare distillery bottling of Bruichladdich from the Whyte & Mackay era, bottled from the special reserves of Luigi Veronelli, who also had some highly collectible rum bottled for him in the 1980s.

Imported for Veronelli by Fratelli Rinaldi, who acquired the Bruichladdich distribution license from Moon Import in the mid-1980s.